Rocket Lab announced May 25 it has rescheduled the next launch of its Electron small rocket for late June after correcting a problem that delayed an April launch attempt.
That launch, dubbed “It’s Business Time” by the company because this is the first commercial Electron launch after two test flights, is now scheduled for no earlier than June 22 (U.S. time) from the company’s New Zealand launch site. Four-hour launch windows, opening at 8:30 p.m. Eastern time, are available daily through July 5. 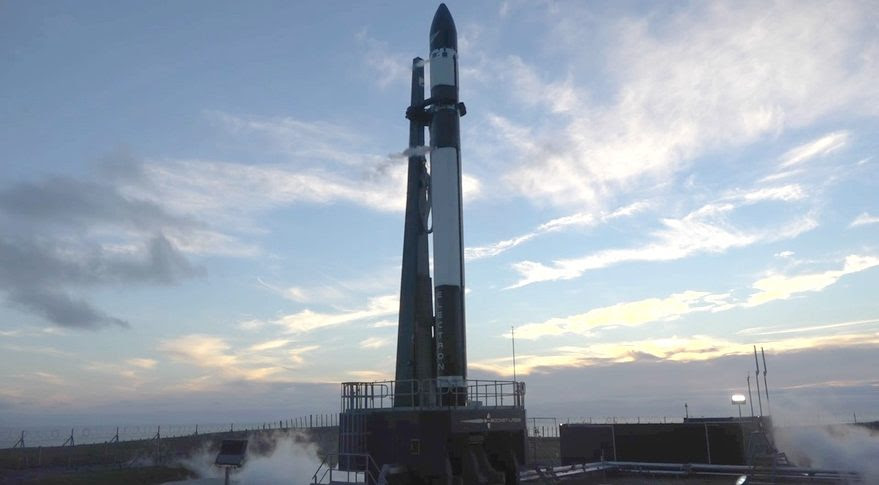 Iridium Communications has announced Gogo as the newest value-added manufacturer for Iridium Certus aviation terminals. As an Iridium Certus service provider, Gogo is the first company to design and manufacture terminals, while also providing the new L-band broadband service for business aviation.
With Iridium Certus service delivered through the Iridium Next Low Earth Orbit (LEO) satellite constellation, Gogo will continue creating small-form-factor, low-latency and cost-effective antennas able to provide broadband service from any airspace, including the poles. Service options will enable a variety of capabilities for cockpit safety and electronic flight bag services to cabin business applications.

The government of South Australia’s Department of Planning, Transport and Infrastructure (DPTI) has selected a solution that features the Cobham Satcom Explorer 8120 VSAT antennas, which will work to enable broadband data connectivity and high quality telephony for workers and communities in remote areas. The Explorer 8120 antennas feature 1.2 meter auto-acquire, drive-away antenna system and Dynamic Pointing Correction technology to improve link uptime, were delivered this month.

Phase Four, a company developing an advanced electric propulsion system for use on cubesats and larger spacecraft, announced sales of its thrusters to NASA and Astro Digital May 24.
The company, based in El Segundo, California, said that NASA has purchased one of the company’s electric radio frequency (RF) thrusters for testing. That thruster, to be delivered in 2019, will ultimately be used on a spacecraft mission to demonstrate its ability to support future operational small satellite missions. 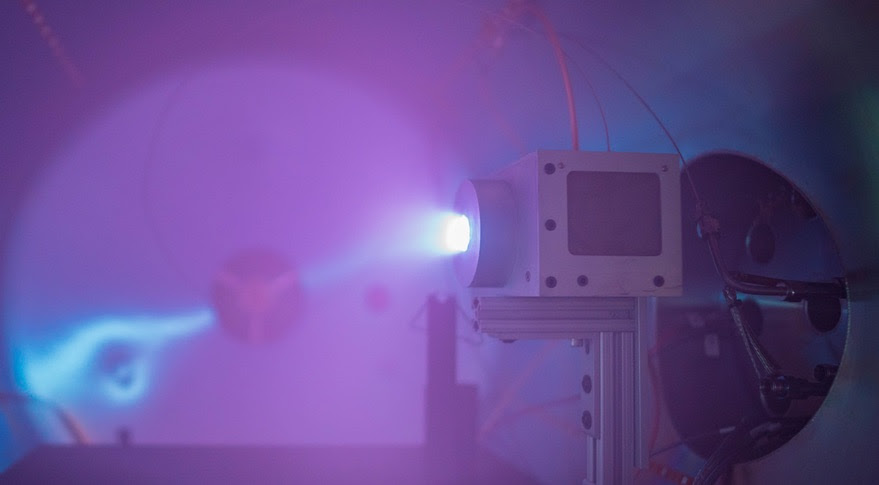 The International Maritime Organization’s (IMO) Maritime Safety Committee (MSC) has recognized that the Iridium network meets all the criteria of the IMO needed to provide mobile satellite services in the Global Maritime Distress and Safety System (GMDSS), and to adopt the “Statement of Recognition” proposed by the United States as a committee resolution.

Companies that one competed for the Google Lunar X Prize now expect to fly their first lunar landers in the next two years to serve the needs of commercial and government customers, including NASA.
In presentations at the Space Tech Expo here May 24, four companies that, at one time, were vying for a $20 million grand prize for landing a commercial spacecraft on the moon now say they’re motivated by what they see is a growing interest in lunar exploration and commercialization. 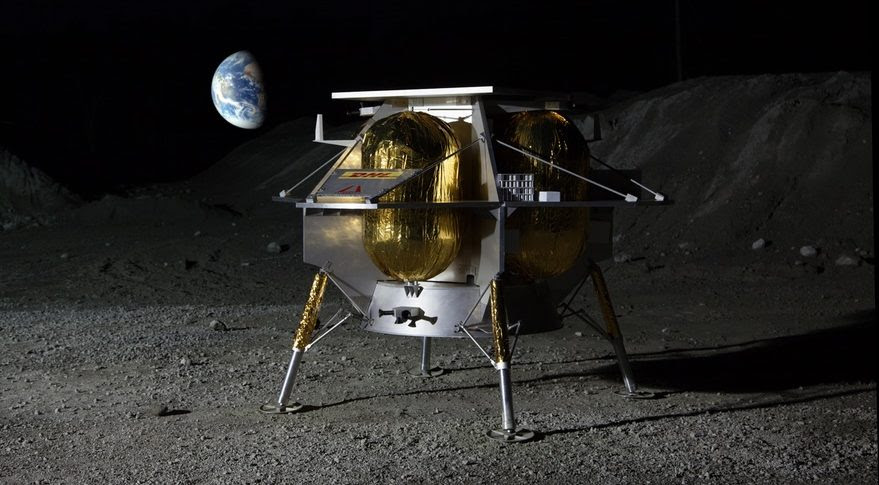 A SpaceX Falcon 9 still sporting soot from its last mission successfully launched May 22 with five Iridium Next satellites and two science satellites for NASA and the German Research Center for Geosciences.
The rocket, reusing a first stage booster that successfully launched Northrop Grumman’s failed Zuma mission in January, took off from Vandenberg Air Force Base, California, at 3:48 p.m. Eastern. 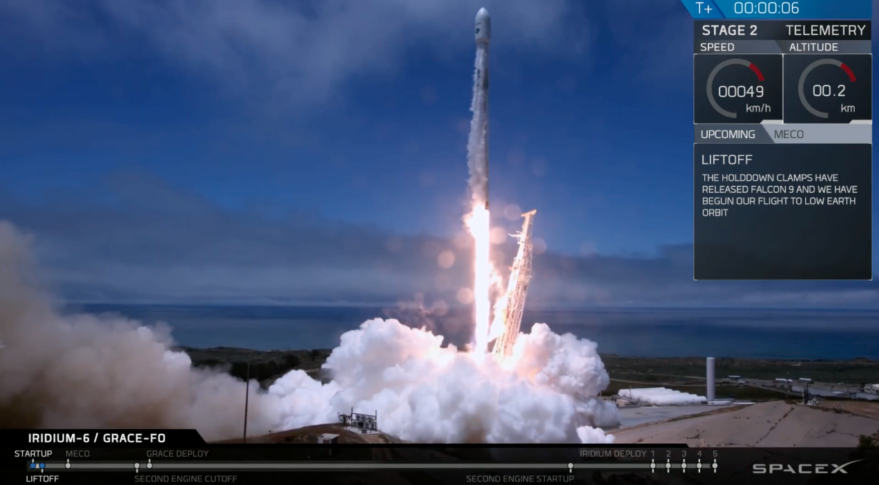 Sending national security satellites into orbit is about to become more complicated.
In the past, launches largely fell into two categories: big, expensive satellites requiring extremely reliable rides and smaller satellites on slightly riskier rockets. In the future, the U.S. Air Force will launch satellites of all different sizes for customers with varying degrees of risk tolerance.
“The space vehicles we are going to be required to lift are going to be across this entire spectrum,” said Col. Jon Strizzi, chief engineer for the Air Force Space and Missile Systems Center’s Launch Directorate. “We’ll have to adapt.” 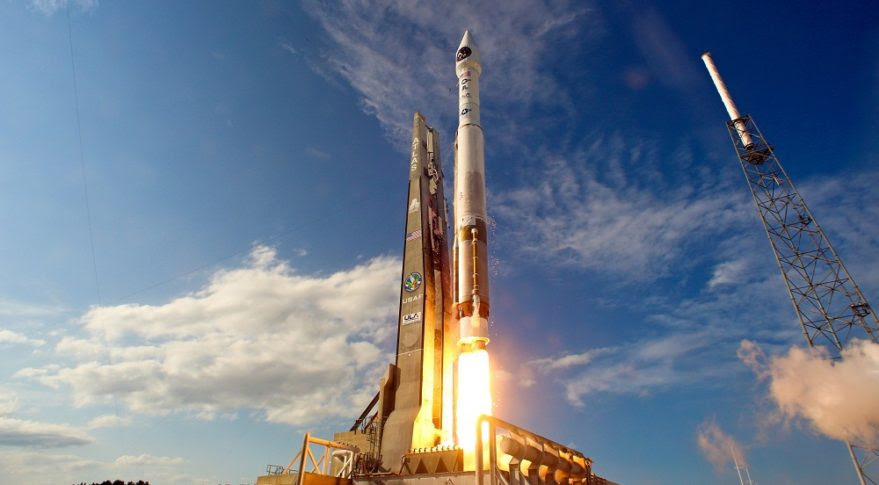 As SpaceX launched another Falcon 9 with a previously-flown first stage May 22, both the company and its competitors are seeing a growing acceptance of reusable vehicles in the overall market.
The Falcon 9 that launched five Iridium Next satellites and two GRACE-FO Earth science satellites from Vandenberg Air Force Base used a first stage that first flew in January, carrying the classified Zuma payload. That booster was the 12th first stage to be reflown, counting the two used as side boosters in the inaugural Falcon Heavy launch in February. 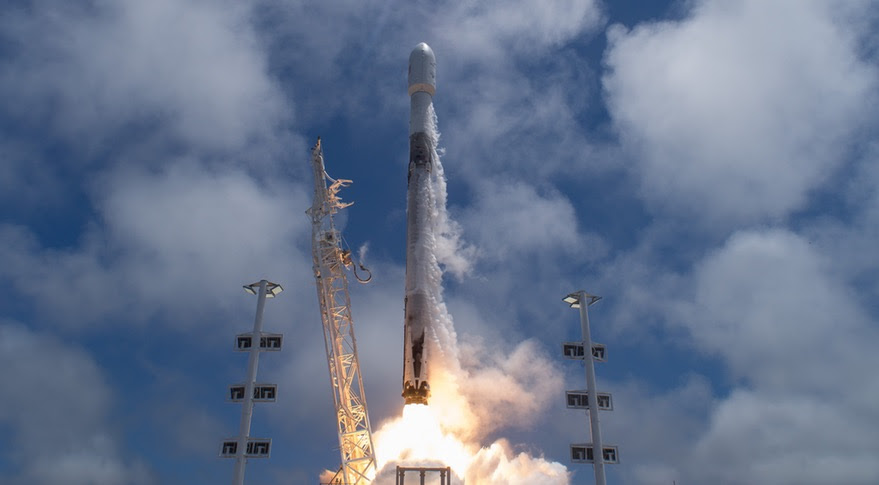 The U.S. Air Force’s goal of responding to emerging threats with resilient satellite constellations it can build, launch and refresh quickly has important implications for spacecraft manufacturing and testing.
“The technical practices we employ today will continue to drive high costs,” David Davis, chief systems engineer for the Air Force Space and Missile Systems Center, said at the Space Tech Expo here. “That will be inconsistent with the resiliency and the proliferation. We need technical practices that are balanced with this overall program.” 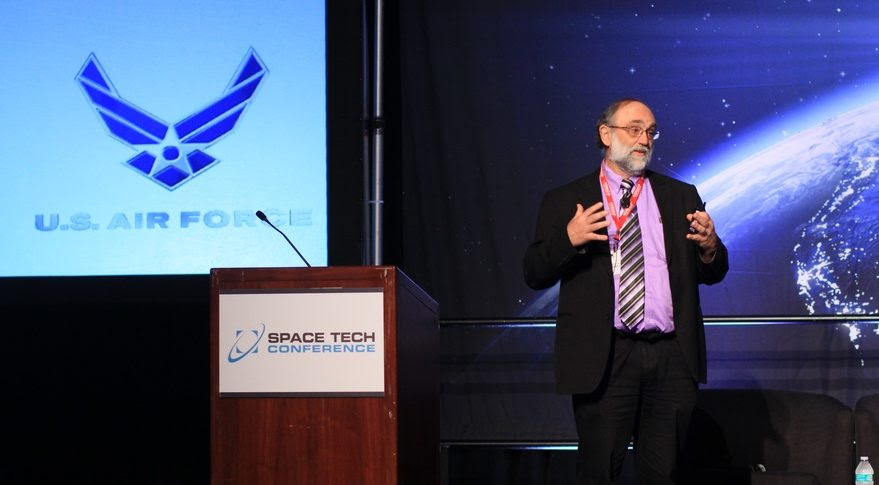