The launch of a SpaceX Falcon 9 rocket that had been planned for Thursday from Vandenberg Air Force Base was postponed early Tuesday afternoon due to an apparent issue with one of the satellites in the rocket's payload.
The launch is now tentatively planned for Saturday but could be pushed to next week if the issue remains, according to Matt Desch, the CEO of Iridium Communications, which plans to send the fifth set of 10 NEXT satellites into orbit with the launch. 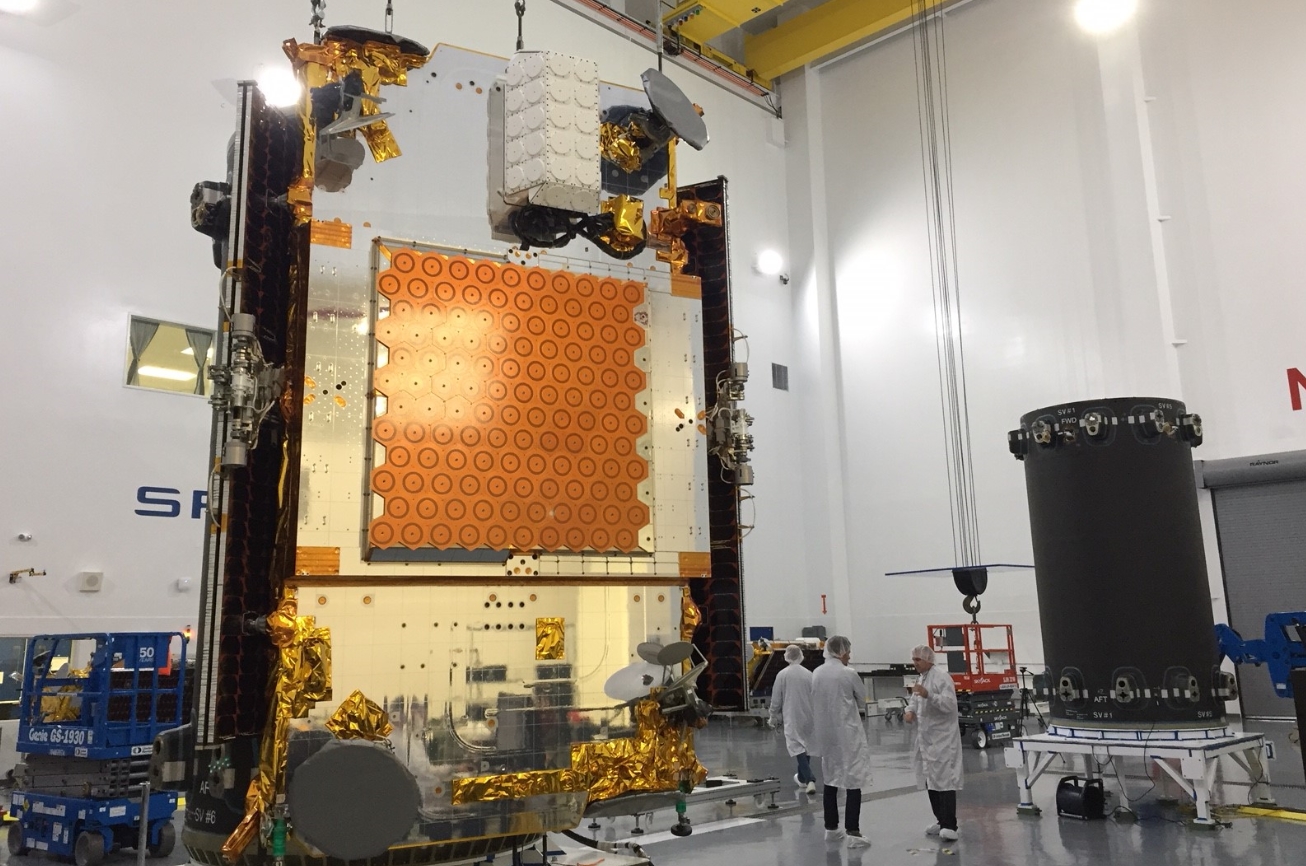 The schedule is getting tight for the U.S. Air Force as a 2022 deadline looms to bid farewell to the Atlas 5 and switch to a different rocket that is not powered by a Russian engine.
The target date was mutually agreed by Congress and the Air Force in 2016, allowing what was considered sufficient time to find alternatives to the United Launch Alliance’s Atlas 5 that uses the Russian RD-180 engine. The solution they settled on was for the Air Force to sign deals with the space industry to co-finance the development of new rocket propulsion systems.
The program known as the Launch Service Agreement (LSA) fits the Air Force’s broader goal to get out of the business of “buying rockets” and instead acquire end-to-end services from companies. 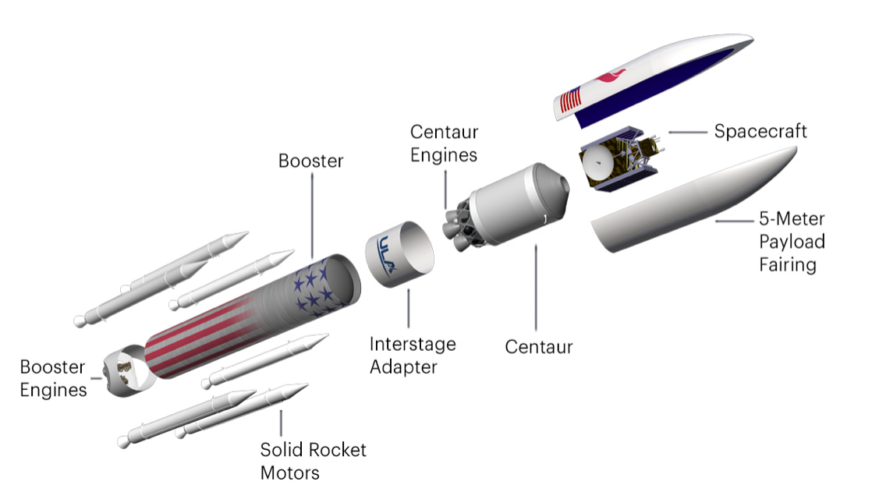 A new National Space Strategy announced by the White House March 23 fits into an “America First” theme of the Trump administration, seeking to protect American interests in space through revised military space approaches and commercial regulatory reform.
The strategy was announced in a statement released by the White House. The strategy document itself has not been released, and an administration source says the release is intended to serve as the primary fact sheet for the strategy. 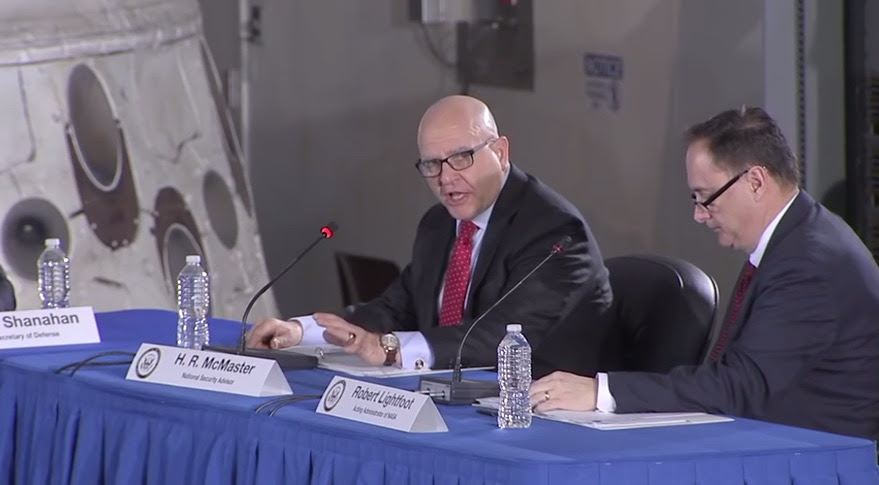 Scepter Inc., a Silicon Valley startup, unveiled plans March 22 to launch a constellation of satellites to provide global atmospheric monitoring services for government and commercial customers.
Scepter, which has been in stealth mode for approximately two years, is beginning to reveal plans and solicit investment after receiving a U.S. government patent in mid-March to use space-based sensors to obtain detailed information on various gases in vertical columns of air, combine the information with other data sources, analyze it and present it to customers in visual formats. 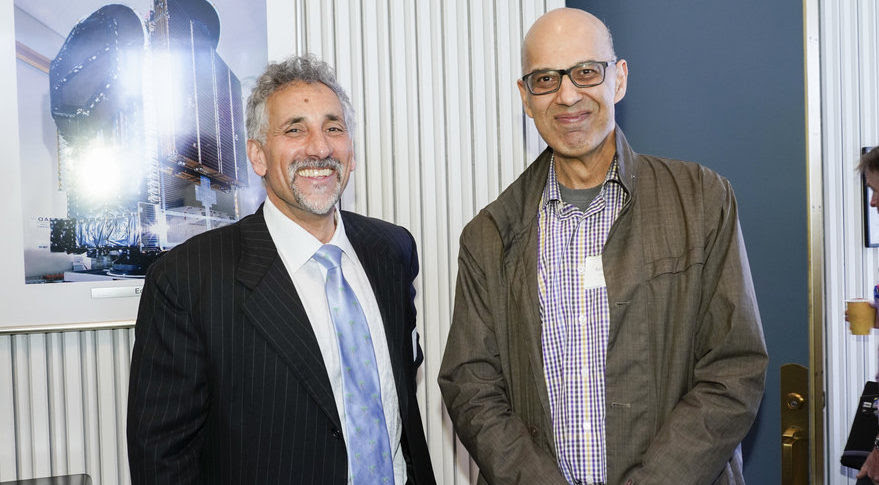 With a key test completed and a launch license in hand, Exos Aerospace is preparing for the first flight of its reusable suborbital rocket in April.
In a statement, the company said it completed a “hover test” of its Suborbital Autonomous Rocket with GuidancE, or SARGE, rocket at its Caddo Mills, Texas, facility March 17. In the test, the rocket, suspended from a crane, fired its engine to hover in place, demonstrating the performance of its propulsion, guidance, and other systems. A Belgian court revoked approval for Inmarsat’s European Aviation Network in the country after fleet operator Viasat challenged the legality of its authorization.
The Market Court of the Brussels Court of Appeal on March 14 said it has annulled the Belgian Institute for Postal services and Telecommunications (BIPT) approval of Inmarsat’s use of terrestrial towers for the network, designed to provide Wi-Fi inflight for aircraft over Europe. The reversal threatens to rip a hole, albeit a small one, in the network Inmarsat completed just last month. 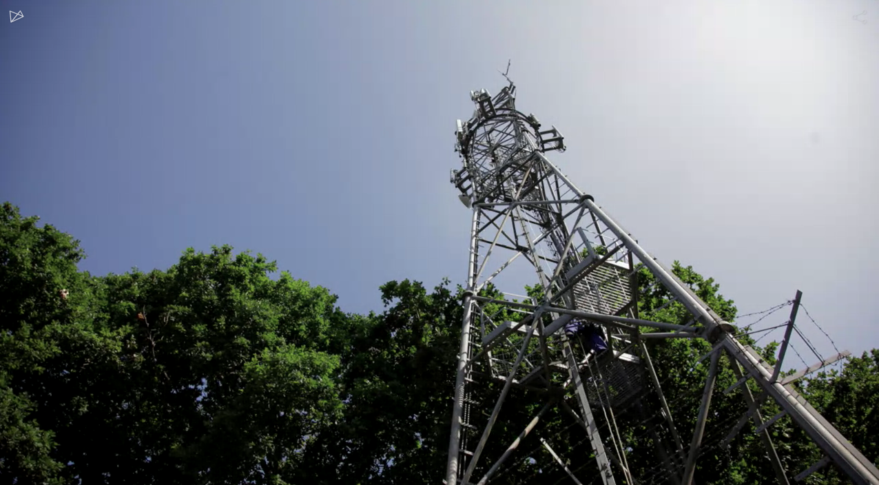 Citing recent reforms that provide more time to orbit a new satellite constellation, satellite broadband-startup OneWeb asked U.S. telecom regulators to nearly triple the size of its authorized low-Earth-orbit constellation.
The Federal Communications Commission (FCC) in June approved OneWeb’s request to serve customers in the United States using a constellation of 720 satellites. Writing to the commission March 19, OneWeb asked that the company be permitted another 1,260 satellites, bringing the total number to 1,980 spacecraft. 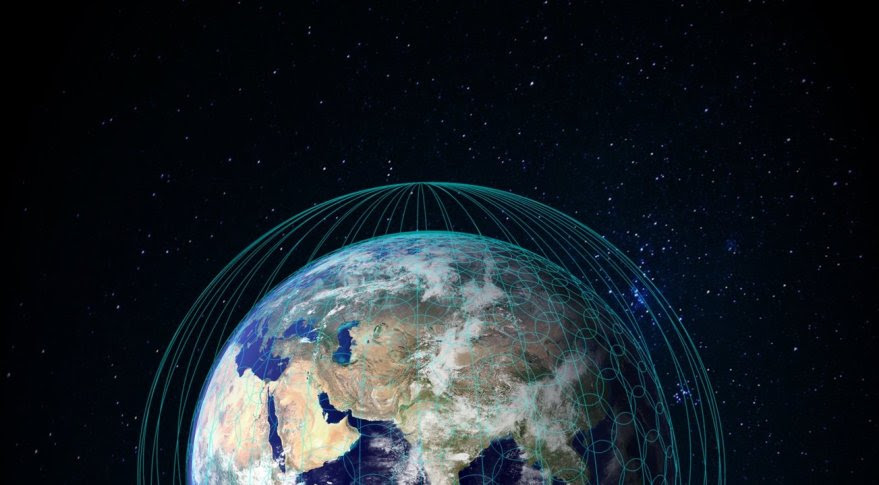 NASA to allow nuclear power systems for next Discovery mission

Citing progress in producing plutonium-238, NASA will allow scientists proposing missions for an upcoming planetary science competition to use nuclear power sources.
In a statement issued March 17, Jim Green, director of NASA’s planetary science division, said the agency was reversing an earlier decision prohibiting the use of radioisotope power systems for spacecraft proposed for the next mission in the agency’s Discovery program.
A “long-range planning information” announcement about plans for the competition, issued Dec. 12, said that the use of such power systems would not be allowed, although missions could use radioisotope heater units, which use a very small amount of plutonium to keep spacecraft elements warm. 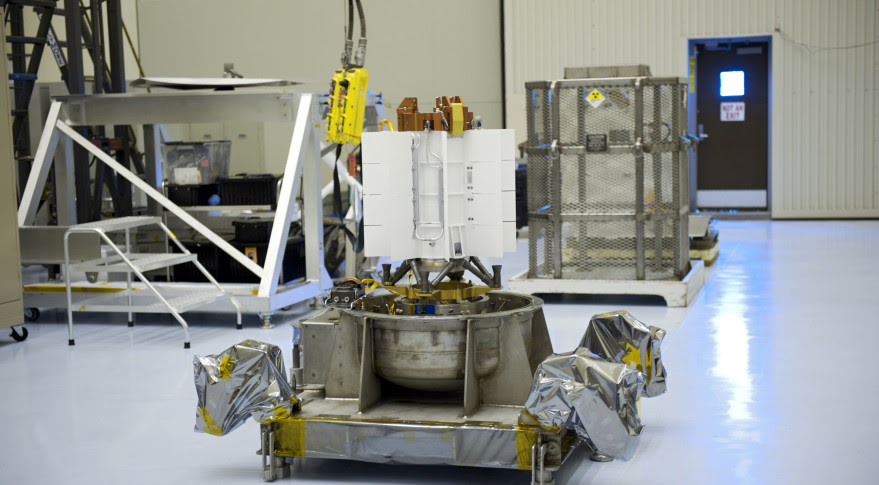 Companies that are developing small launch vehicles or who provide rideshare launch services say they expect new Chinese launch vehicles to drive down launch prices, raising concerns among some of unfair competition.
During a panel discussion at the Satellite 2018 conference here March 12, executives of several launch providers said they expected small launchers under development or entering service in China, either by state-owned enterprises or private ventures, to sharply reduce launch prices in the coming years.

Megaconstellations: Recipe for Disaster or Biggest Opportunity Yet?

A handful of hot, young satellite communications companies harbor big plans to launch super-powerful, smaller satellites into Low Earth Orbit (LEO), creating megaconstellations that will power every broadband application imaginable. But Bryan Hartin, executive vice president of marketing for Iridium, doesn’t seem too worried about competition or the potential for overcrowding.
“We were in LEO before LEO was cool,” says Hartin, who oversees Iridium’s global commercial business. “Today you have these megaconstellations like what SpaceX and OneWeb have planned. And we welcome them. We don’t view ourselves as competitors, but as complementary.” 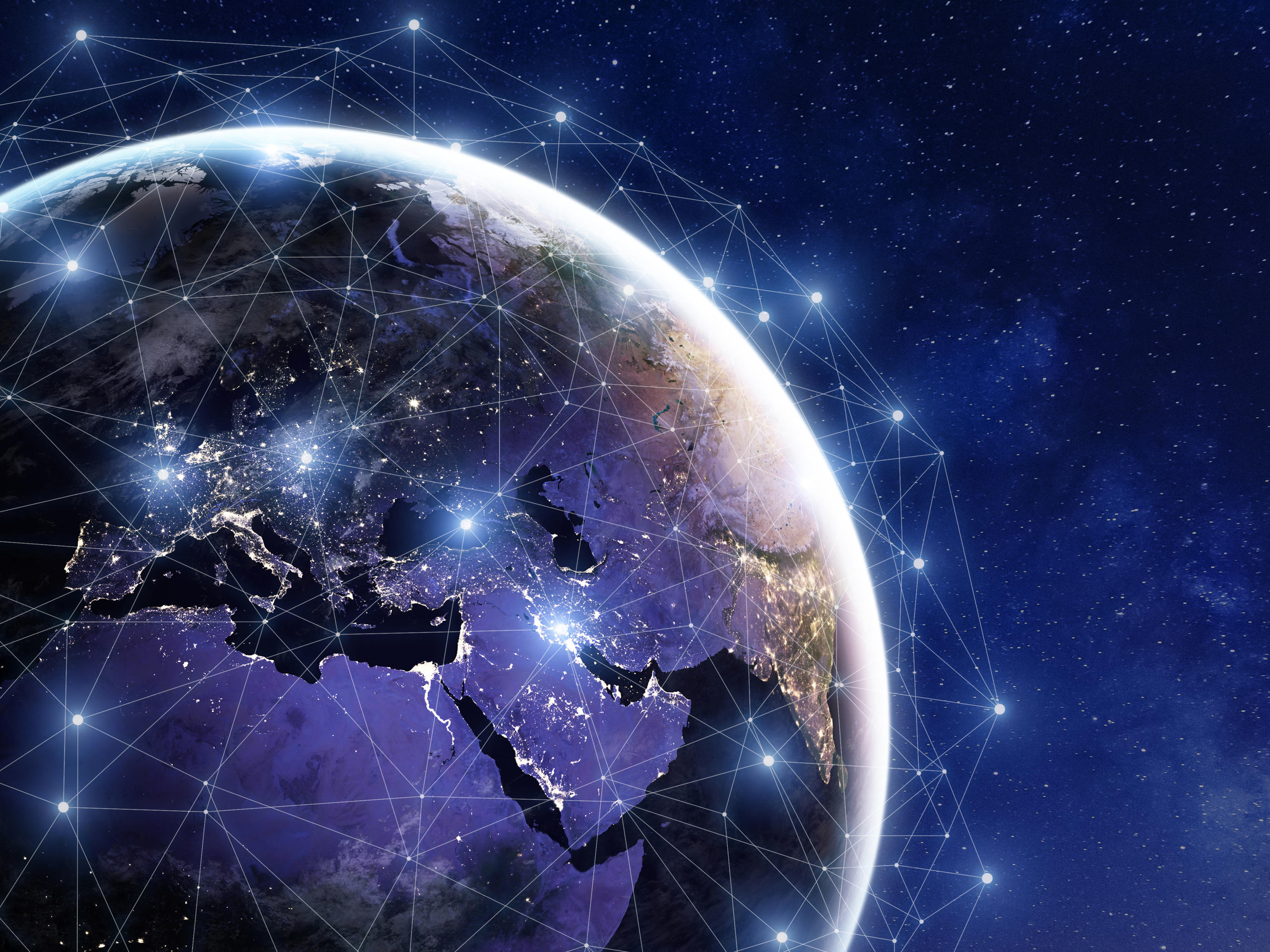