The U.S. military’s newest missile-warning satellite is set to lift off later this week just as tensions continue to mount over North Korea’s ICBM program.
Crews at Cape Canaveral Air Force Station, Florida, are preparing to launch the SBIRS GEO Flight-4 satellite on Thursday from a United Launch Alliance Atlas V rocket.
“Everything is progressing toward the ULA Atlas V launch carrying the Space Based Infrared System GEO Flight 4 mission for the U.S. Air Force,” ULA announced on Monday. The forecast shows an 80 percent chance of favorable weather conditions for the planned 7:52PM EST liftoff on Thursday. 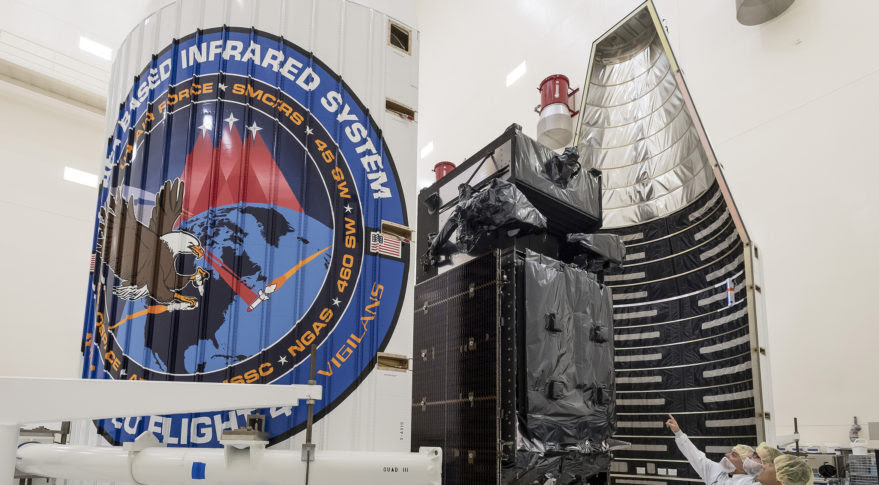 Virgin Galactic conducted its first test flight of its SpaceShipTwo suborbital vehicle in more than five months Jan. 11 as the company prepares to begin powered test flights of the vehicle.
The glide flight, conducted in the skies above the Mojave Air and Space Port in California, was the seventh for the second SpaceShipTwo, named VSS Unity, dating back to December 2016. Pilots Mark Stucky and Michael Masucci landed the vehicle at the airport after a successful flight.
The glide flight was the first for SpaceShipTwo since one in early August. The company said in a statement that it had spent the intervening months on “extensive analysis, testing and small modifications to ensure vehicle readiness for the higher loads and forces of powered test flight.” 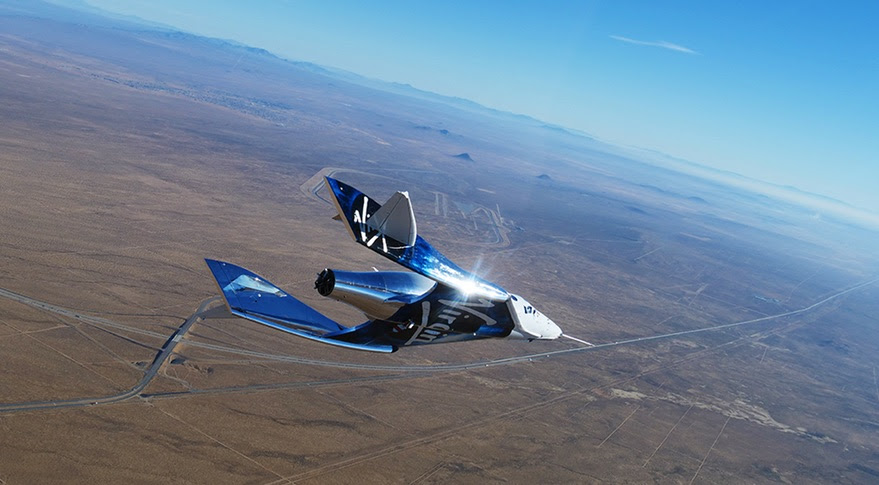 2018 Could Be a Revolutionary Year for Smallsats

Earmarked by SpaceX’s historic relanding of a first stage booster, 2017 was a banner year for the satellite industry in many respects. 2018 could prove to be even more momentous, as the smallsat megaconstellations that have been under development for years finally emerge — along with the dedicated smallsat launch vehicles that will serve them. In an interview with Via Satellite, Northern Sky Research (NSR) analyst Carolyn Belle laid out her expectations for the year ahead, as well as how these new systems could affect the broader satellite industry as they come online.
Overall, 2017 was a “very good year” for smallsat launch rates, Belle said, with the industry orbiting 329 smallsats (between 1 and 500 kg) in total. This is the highest number launched in one year to date, easily outstripping the mere 130 orbited in 2016. While the Indian Space Research Organization’s (ISRO) record-breaking launch of 105 satellites was a bit of an outlier, Belle believes the growing smallsat trend is here to stay.

IOT Critical to Gaining a Competitive Edge in Mining

Businesses in the mining industry are backing the Internet of Things (IOT) to help them retain their market share as competition in the sector intensifies, the quality of seams decreases, and profit margins are put under pressure. According to recent research published by Inmarsat, IOT will play a critical role in helping mining businesses increase automation and improve production efficiency, enabling them to compete with rivals operating in lower cost markets.
Market research specialist Vanson Bourne interviewed respondents from 100 large mining companies across the globe for Inmarsat’s “The Future of IoT in Enterprise” report, and found that 70 percent of mining businesses agreed that IOT would give them a significant edge against their competitors.

Air Force officials are talking to potential vendors this week about an upcoming project to update the software used to control the military’s missile-warning satellites and to analyze the data beamed from space.
The ground-based systems are the less exciting but nonetheless important piece of the SBIRS space-based infrared surveillance satellites that provide initial warning of a ballistic missile attack on the United States, deployed forces and allies.
The plan is to shift the current ground software architecture — a closed system developed by traditional defense contractors that is not compatible with commercial software from competing vendors — to an open-systems platform that the Air Force would own and update with new technology as it becomes available. 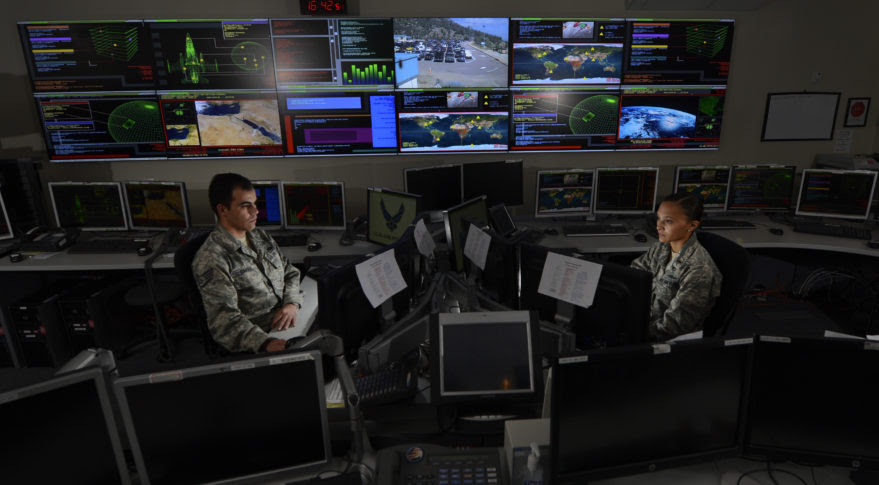 Rocket Lab announced Jan. 11 it plans to make another attempt to launch its Electron small rocket on its second mission later this month.
Rocket Lab said the nine-day launch window for the mission at its New Zealand launch site will open at 2:30 p.m. Jan. 20 local time (8:30 p.m. Jan. 19 Eastern time). There will be a four-hour window each day, opening at the same time, for the launch.
The company, headquartered in the United States but with launch and other operations in New Zealand, attempted to carry out the launch during a 10-day window in December. However, several attempts were postponed by poor weather. The company came closest to launching Dec. 11, when computers aborted a launch attempt just two seconds before liftoff after sensors detected liquid oxygen temperatures above preset limits in one of the first stage’s nine engines. 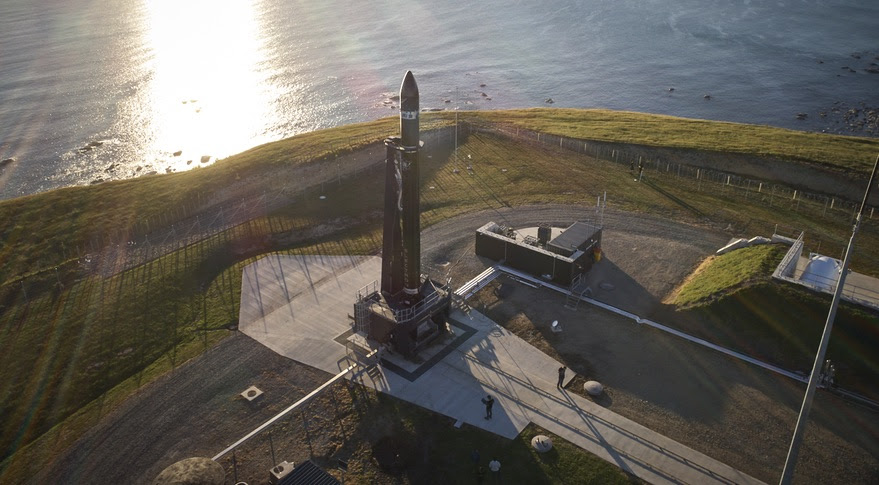 Dutch ship owner De Poli Tankers has extended its contract with Marlink, securing high-bandwidth global communication using the Sealink Plus service for its fleet of eight chemical tankers and two gas tankers. According to De Poli Tankers, it chose to retain the Sealink Plus service for the future as it combines high-bandwidth Very Small Aperture Terminals (VSATs) with unlimited L-band back-up in a single bundle.
De Poli Tankers first migrated to Marlink VSAT from L-band only communications in 2013 to improve fleet and business operations while offering more availability and quality for its crew communication facilities.

Finnish startup Iceye announced the successful launch of its proof-of-concept satellite mission, Iceye X1, on the Indian Space Research Organization’s (ISRO) PSLV C40 rocket. The Iceye X1 microsatellite is equipped with Synthetic Aperture Radar (SAR) and, according to the company, is Finland’s very first commercial satellite.
Iceye stated it has successfully established communications with the 70 kg satellite now in orbit. The goal of the mission is to validate in-orbit performance of the satellite and begin operations with select Iceye customers. According to Iceye, data received from the satellite in space can be used for a variety of use cases including monitoring changing sea ice for maritime and environmental uses, tracking marine oil spills and helping to prevent illegal fishing.