British satellite operator Inmarsat will launch its next Global Xpress satellite on an Ariane 5 rocket from Arianespace, the companies announced today.
The mission, slated for the second half of 2019, follows four other Global Xpress satellites, the first three of which launched on International Launch Services Proton rockets, followed by the fourth on a SpaceX Falcon 9. Global Xpress is Inmarsat’ Ka-band high-throughput constellation, operating in geosynchronous orbit.

SpaceX’s Oct. 30 launch of the Koreasat-5A telecommunications satellite doubled the number of Falcon 9 missions completed in a single year and ties the company with United Launch Alliance’s record of 16 launches in one year.
The successful mission took off from Cape Canaveral, Florida at 3:34 p.m. Eastern, deploying the satellite 36 minutes after liftoff. The Falcon 9 rocket’s first stage booster overcame choppier waters from tropical storm Philippe to land on the drone ship “Of Course I Still Love You” nine minutes later in the Atlantic Ocean.

The helicopter industry can now take advantage of higher-speed onboard Wi-Fi, video transmission and telemedicine capability in Europe and North America using Honeywell’s Connected Aircraft solution, the Aspire 200 system, the company announced.
Honeywell was awarded a Federal Aviation Administration (FAA) Supplemental Type Certificate (STC) for the Aspire 200 satellite communications system on the Airbus Helicopters AS350 and Sikorsky UH-60 Blackhawk and has applied for an FAA STC for the Bell 429, while Transport Canada has certified the system on the Bell 429. The European Aviation Safety Agency (EASA) approvals for those helicopters are also underway. In addition, EASA recently approved the installation of the Aspire 200 system on the Leonardo AW139 helicopter.

Globalstar Europe Satellite Services announced that its technology is at the heart of the SaveMyReindeer Internet of Things (IOT) solution developed by specialist animal tracking provider, FindMy. Accordign to FindMy, the solution is designed to prevent trains from colliding with reindeer in Norway’s hinterland.
Hundreds of kilometers of Norway’s railroads, reaching inside the Arctic Circle, traverse territories inhabited by the region’s indigenous Sami people, for whom keeping herds of reindeer as livestock has for millennia been central to their culture and economy. These animals roam free, often migrating into Sweden and Finland.

How close are high-altitude platforms to competing with satellites?

Balloons, airships, unmanned planes and other so-called pseudo satellites loitering in the stratosphere are likely to enrich the global communications and Earth-observation ecosystem in the not-so-distant future.
Google, an especially deep-pocketed proponent of these satellite alternatives,  demonstrated again this week that at least some high-altitude pseudo satellites have passed the purely research and development stage, when it dispatched its helium-filled balloons, developed as part of the Google Loon Project, to provide basic internet and text messaging services to a Puerto Rico still reeling from Hurricane Maria more than month ago. 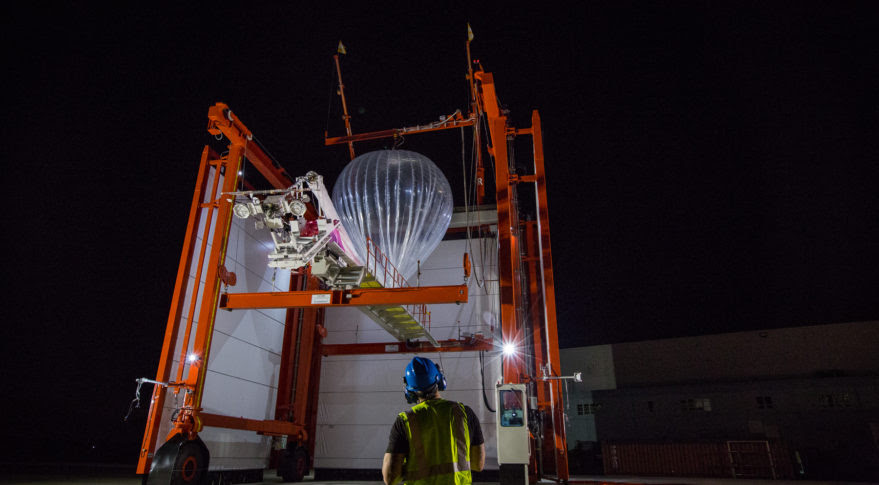 NanoRacks Has Deployed its Largest Microsatellite from ISS

NanoRacks has successfully deployed the Kestrel Eye 2M (KE2M) microsatellite via the company’s Kaber Microsatellite Deployer from the International Space Station (ISS). This is the largest satellite NanoRacks has deployed to date, and the first deployed from the Kaber deployer.
According to NanoRacks, the Kaber program allows for a larger “express” class of satellites to be deployed from ISS, up to 100 kg. NanoRacks deploys these Kaber-class satellites currently through the Japanese Experiment Module Airlock, and will shift deployments to the NanoRacks airlock module when the company’s commercial airlock becomes operational in 2019. 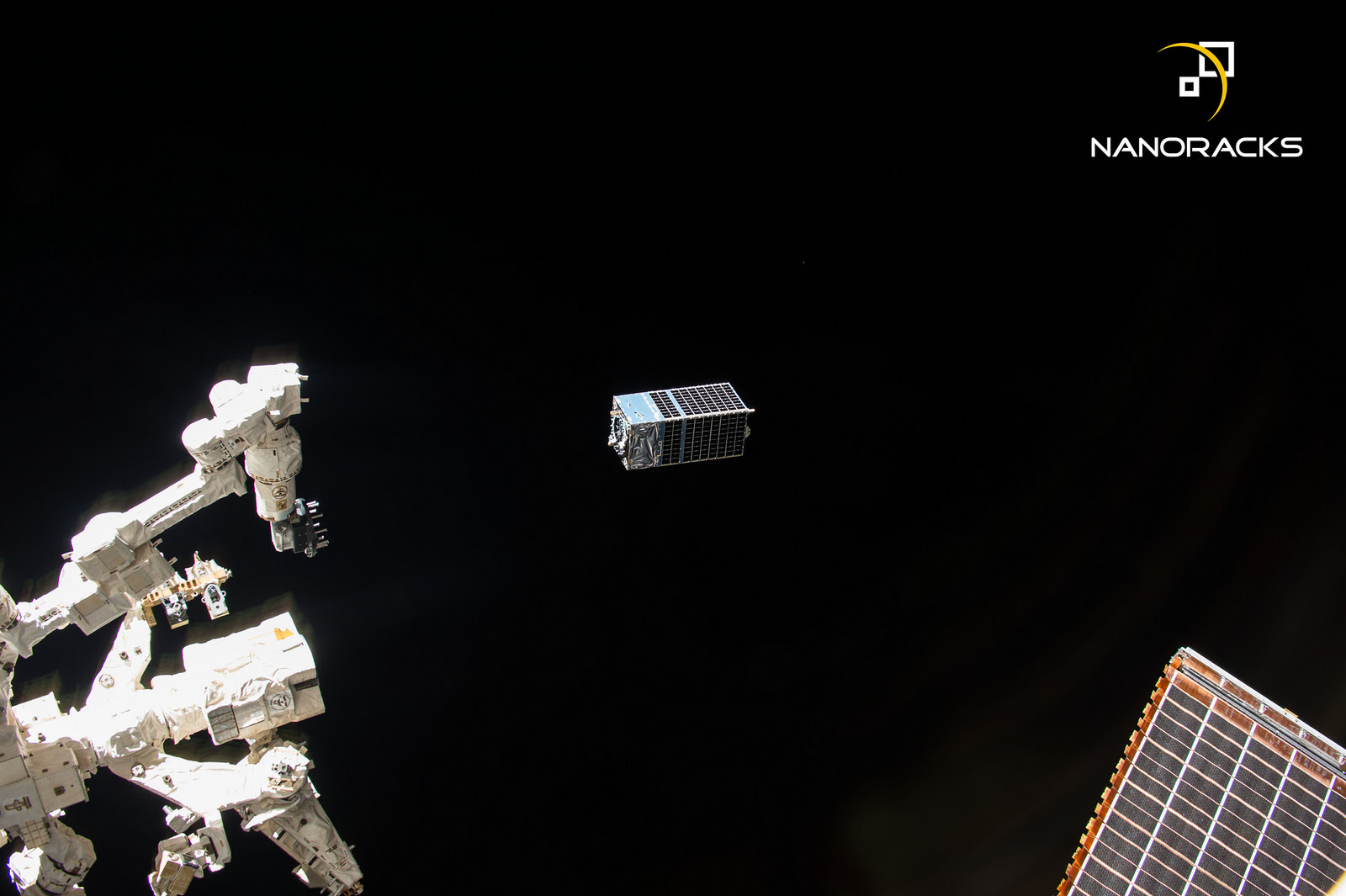 Vector, an Arizona-based company that has done test flights from California and Georgia, announced Oct. 19 it plans to make its first orbital launch from a Virginia site as soon as next summer.
Vector announced an agreement with the Virginia Commercial Space Flight Authority for three launches of the company’s Vector-R rocket from Mid-Atlantic Regional Spaceport (MARS), the commercial launch facilities on Wallops Island, Virginia, in the next two years. The agreement includes an option for five additional launches. 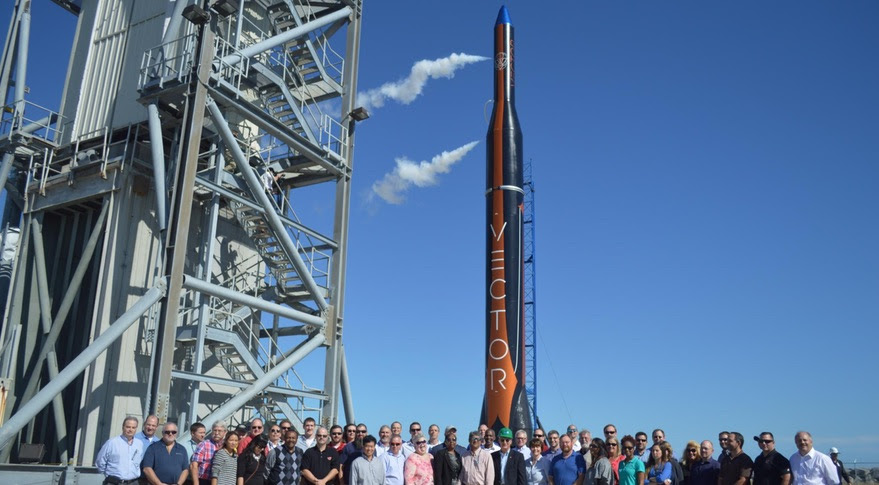