Cubic has deployed its Gatr satellite antennas as well as personnel to support hurricane disaster recovery operations in the Caribbean. Working with several of its global disaster relief customers, Cubic’s deployed antennas on the islands of St. John and St. Thomas, U.S. Virgin Islands, Antigua and Barbuda, and St. Martin.
On the island of St. John, for example, the Gatr antenna is providing communications, networking and high-bandwidth internet connectivity via satellite for a local clinic, hospital and pharmacy to ensure medications are refilled for patients on and off the island, according to the company.

A leading official of China’s space program confirmed Sept. 25 that the July failure of the country’s largest launch vehicle will lead to delays to upcoming lunar missions, including one to return samples.
Tian Yulong, secretary general of the China National Space Administration, said at a press conference during the 68th International Astronautical Congress here that the investigation into the July 2 failure of the Long March 5 on its second mission was ongoing, with no updates on the cause of the failure. 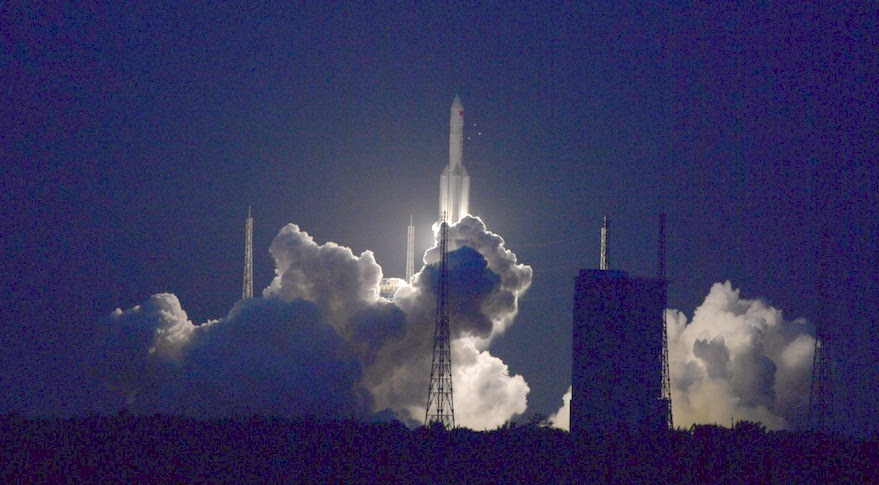 aceX filed a trademark application in August to secure the name “StarLink” for its future satellite broadband network in Low Earth Orbit (LEO). According to GeekWire, the trademark also hinted at SpaceX’s plans to include satellite photography capabilities in the megaconstellation for remote sensing services. SpaceX intends to combine technological advancements such as dynamic beam forming and Phased Array Antennas (PAAs) to bring internet to underserved locations both in the U.S. and outside of it.

International partners in no rush regarding future of ISS

The partner space agencies of the International Space Station said Sept. 25 they have had discussions about the future of the station beyond 2024, but indicated no urgency in making a decision.
At a press conference during the 68th International Astronautical Congress here, NASA Acting Administrator Robert Lightfoot said he has talked with the other partners about both an extension of the ISS as well as cooperation on the agency’s proposed Deep Space Gateway, although no decisions on either were imminent. 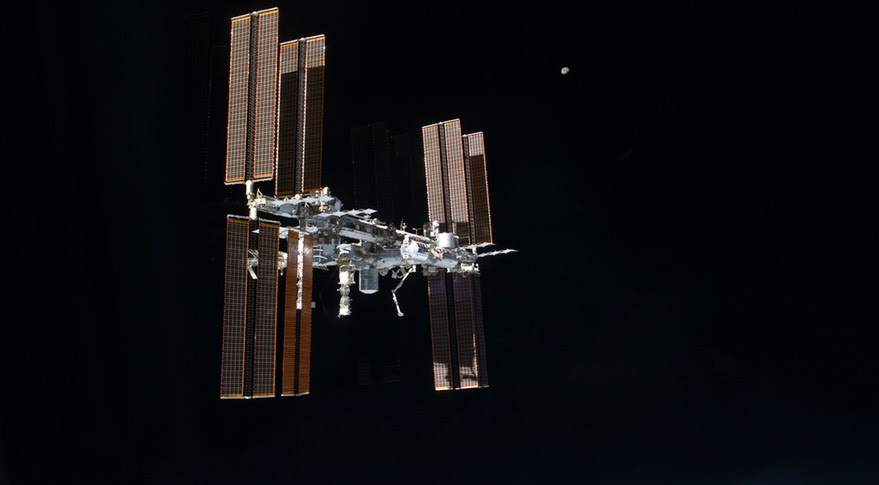 Inmarsat and Rolls-Royce have signed a Letter of Intent (LOI) to have the option to make the Rolls-Royce Energy Management system available via Inmarsat Maritime’s Fleet Xpress high-speed broadband service to reduce energy consumption and support environmental compliance. With data collected from a multitude of ship control systems and equipment sensors, Energy Management 2.0 also benchmarks efficiency against historical performance.
Vessels equipped with Rolls-Royce Energy Management software can operate within the Inmarsat Certified Application Provider (CAP) program, connected via Fleet Xpress and hosted on the Inmarsat Gateway platform; and are then able to maximize their efficiency in a way that is constantly verifiable and compliant with European Union (EU) Monitoring Reporting and Verification and the International Maritime Organization (IMO) Ship Energy Efficiency Management Plan.

The government of Australia announced Sept. 25 that it plans to formally establish a national space agency, a milestone sought for decades by the country’s space industry and other space advocates.
Sen. Simon Birmingham, the Minister of Education for the government of Prime Minister Malcolm Turnbull, formally announced plans to establish the agency in a speech during the opening ceremonies of the 68th International Astronautical Congress (IAC) here.
Birmingham said the government was announcing plans to establish a space agency even though a review of the country’s space capabilities is ongoing and not scheduled to be completed for several months. 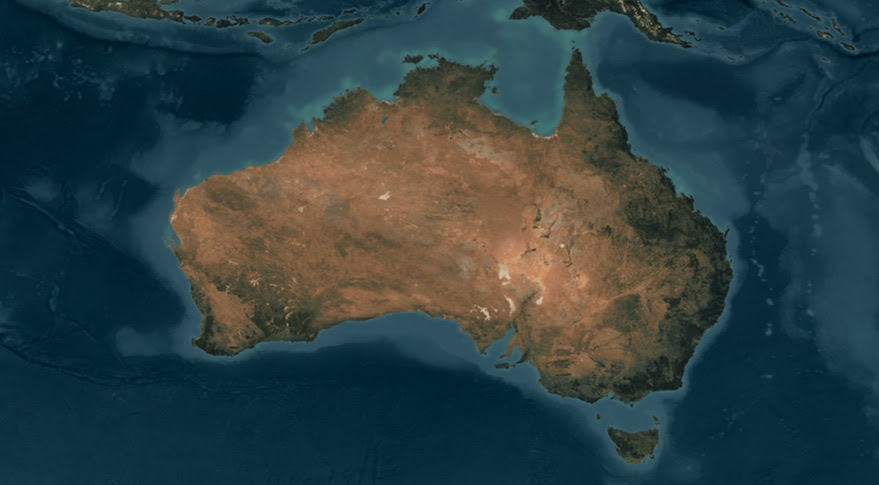 Inmarsat to Demo SwiftBroadband-Safety with Flyht

Inmarsat will demonstrate its new SwiftBroadband-Safety (SB-S) solution in a flight trial with Flyht. The evaluation will commence later this year using an experimental trial aircraft that enables a range of conditions to be assessed.
The evaluation will test the capabilities of Inmarsat’s SB-S solution to provide secure, high-speed global connectivity to enhance airline safety, security and operations. Flyht will provide equipment and software, including its Automated Flight Information Reporting System (AFIRS) product and UpTime Cloud flight management server, together with technical support for the flight trial.

The first 400 flat-panel antennas developed by Redmond, Washington-based Kymeta Corp. have been shipped to customers in the past months as the company predicts 2018 to be the year when the long-awaited technology starts making impacts across a range of sectors that have not used satellite links before.
Speaking at the VSAT Global conference in here Sept. 20, Kymeta’s chief commercial officer Bill Marks said the company has received thousands of orders of its 70-centimeter Ku antennas and will start mass production next week on an assembly line in California. 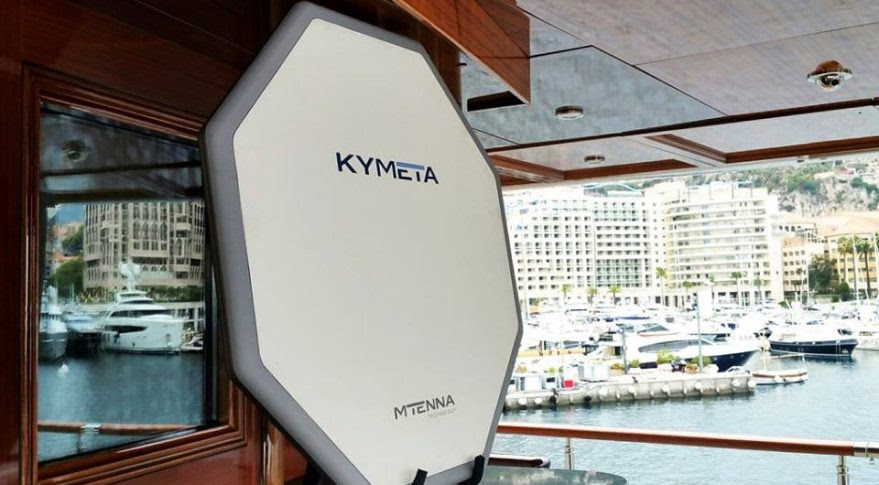 Globalstar announced that it has extended its support of the Marathon Des Sables (MDS) for an additional three years. As part of the deal, more than 1,450 athletes competing in all MDS events and sister events, such as Raid Amazones, will carry Spot Gen3 devices for safety and tracking.
Since 2015, MDS organizers have used Spot Gen3 to track and safeguard participants competing in the world-famous footrace across the Sahara desert in Morocco. This year, MDS has expanded its reach beyond this flagship race to a series of international events. MDS will use Spot Gen3 at its new events in Fuerteventura and Peru. According to the organization, over the last three MDS races in Morocco, no fewer than 45 competitors were rescued within minutes thanks to Spot.