SpaceX intends to launch EchoStar-105/SES-11 on a partially reused Falcon 9 rocket no earlier than October, the company said Aug. 31. The mission will be SpaceX’s third launch to use a previously flown Falcon 9 booster. The first was the March launch of SES-10 followed by the June launch of BulgariaSat-1.
Luxembourg-based SES and EchoStar of Englewood, Colorado, ordered the satellite from Airbus Defence and Space in August 2014 as a replacement for AMC-15, which is now 13 years old. EchoStar will lease the Ku-band payload on SES-11, rebranding it as EchoStar-105. 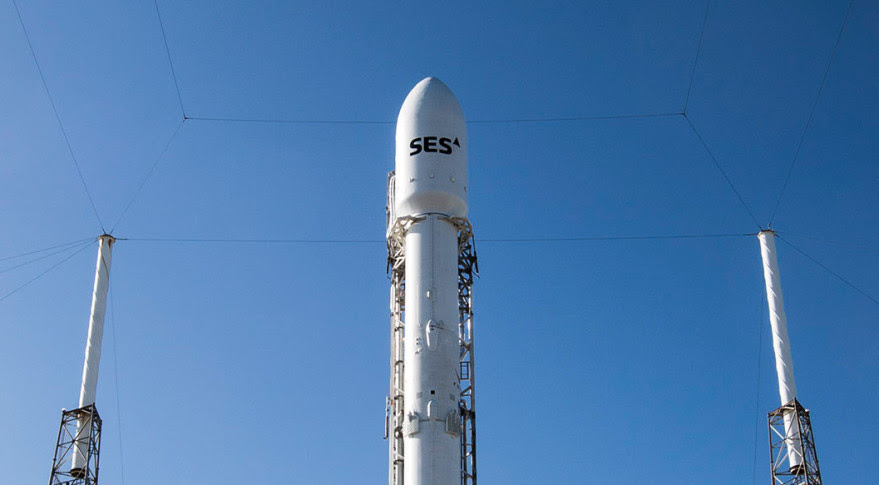 General Dynamics Canada has selected Universal Switching Corporation to support the Canadian Mercury Global project. The Mercury Global project is the name given to Canada’s participation in, and leverage of, the Wideband Global Satellite (WGS) constellation. WGS will provide high-capacity, assured and secure satellite access for communications that are vital to the Government of Canada. Universal Switching Corporation will supply the critical data distribution for the satellite command and control systems.

Spire is wading deeper into the ship-tracking business, challenging established competitors operating fleets of much bigger satellites. The startup has come a long way since the crowdfunded launch of its first cubesat four years ago. Today, Spire’s constellation numbers 40 cubesats — with more on the way. As its fleet grows, so does its ambition.
The San Francisco-based company debuted two maritime products Aug. 29, a ship-tracking analytics platform called Sense Vessels, and a vessel-location forecaster called Predict, while making thinly veiled jabs at competitors Orbcomm, whose newly launched second-generation constellation has lost six out of 18 satellites, and exactEarth, which lost a satellite in April. 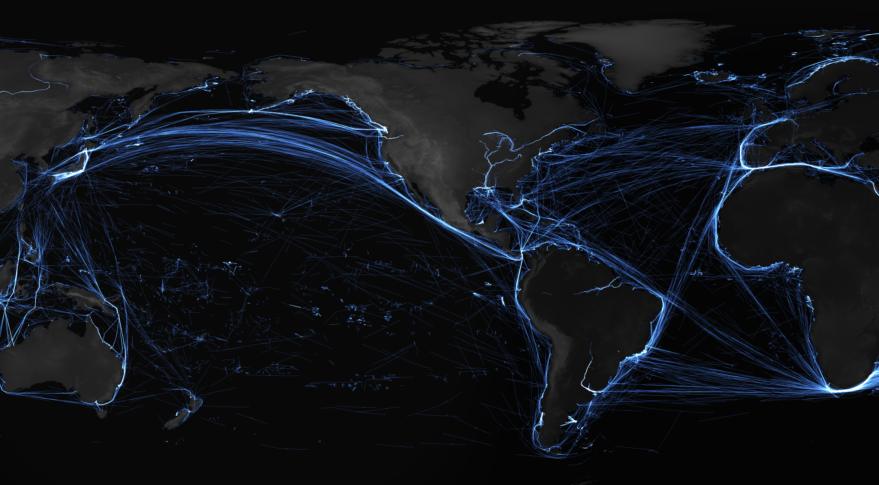 Although Hurricane Harvey surprised everyone — including meteorologists — with unprecedented rainfall, the disaster has exemplified a marked improvement in the resiliency of emergency communications. The Federal Communications Commission (FCC), which has published an ongoing update of cell tower outages, reported just 4.7 percent of the cell sites in Harvey’s path have been affected.

An Indian Polar Satellite Launch Vehicle (PSLV) failed to place a navigation satellite into its planned orbit Aug. 31 when the rocket’s payload fairing failed to deploy.
The PSLV, flying a mission designated PSLV-C39, lifted off on schedule at 9:30 a.m. Eastern from the Satish Dhawan Space Centre on the east coast of India. Initial phases of the launch appeared to go as planned, but observers noted that, as the flight progressed, the vehicle appeared to deviate from its planned trajectory according to telemetry displays shown during the webcast. 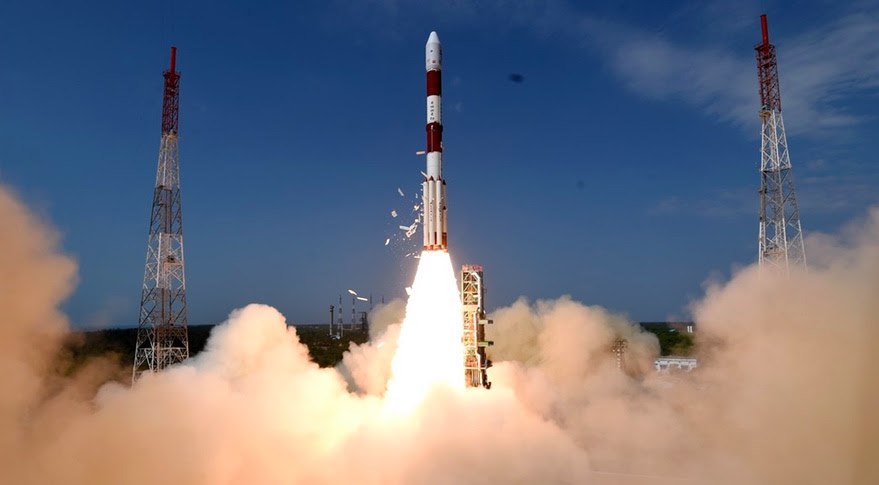 The Race Toward 5G Is Afoot — But Are We Ready?

With 5G set to arrive within the next five years, accounting for as many as 1.1 billion connections by 2025, the telecoms industry has a lot of work to do in keeping up with the 5G overhaul. The industry has yet to fully implement a working and reliable 4G experience for users, which begs the question: can operators ensure 5G works sufficiently to provide a good consumer experience whilst making a profit?
The evolution through 2G to 4G has prompted rapidly increasing use of services and applications that are data heavy. Mobile data use has rocketed over the past five years — increasing 74 percent alone in 2015 — taking the overall global figure to around 3.7 exabytes per month. Behind this data explosion is the growth of streaming services, such as Netflix, and consumer’s growing use of apps — all underpinned by the expectation of having a high-speed data connection at all times.

Sierra Nevada Corporation (SNC) carried out a successful captive carry test Aug. 30 of its Dream Chaser vehicle, a key step towards a glide flight of the lifting body spacecraft later this year.
The Dream Chaser engineering test article, slung underneath a civilian variant of the Chinook helicopter, took off here at 10:21 a.m. Eastern. It landed at 12:02 p.m. Eastern, with the company declaring the flight a success. 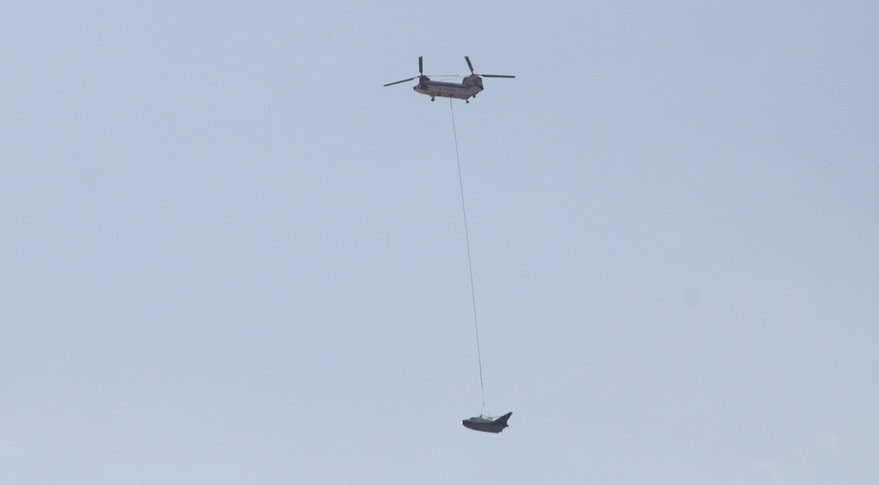 An aeronautical communications service meant to improve aircraft safety while on the ground at airports could cause unacceptable interference to Globalstar’s satellite system, according to Boeing.
In an Aug. 18 filing to the U.S. Federal Communications Commission, Boeing cautioned that the service rules for the Aeronautical Mobile Airport Communications System, or AeroMACS, as proposed by the WiMAX Forum don’t adequately ensure protection of transmissions from Globalstar’s Earth-to-space satellite links. 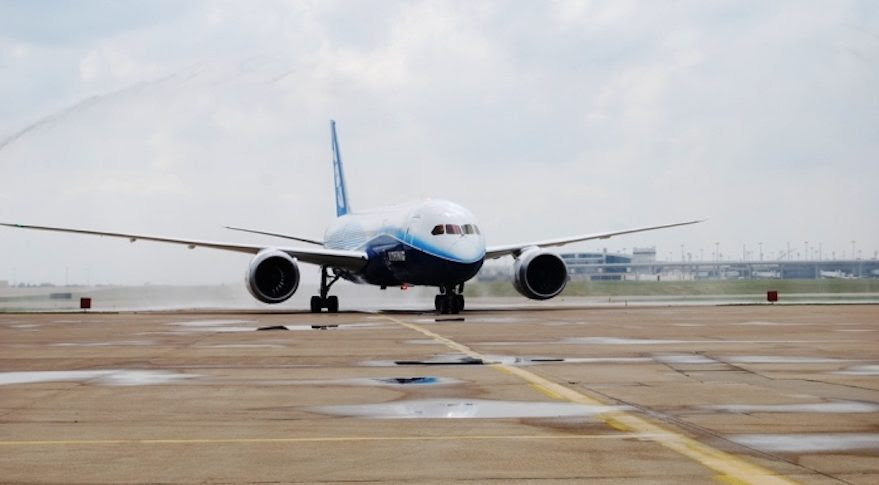