Ursa Space Systems, a geospatial data and analytics company, is using synthetic aperture radar (SAR) imagery to monitor flooding along the Texas Gulf Coast caused by Hurricane Harvey.
On Aug. 27, Ursa released images of Corpus Christi, Texas, showing the impact of the hurricane. Through its partnership with Italy’s e-Geos, the company owned by Telespazio and the Italian space agency ASI that operates four Cosmos-SkyMed SAR satellites, Ursa compared images of Corpus Christi taken in June with images of the same area taken on Aug. 26. 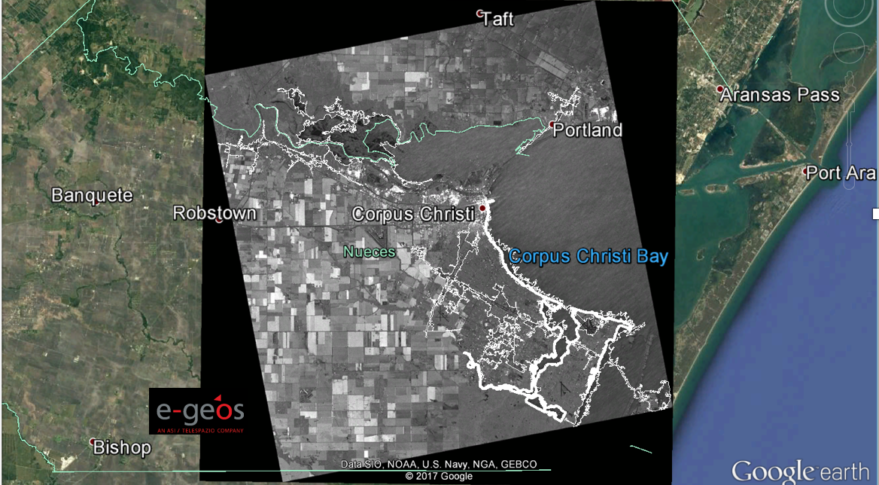 Iridium Communications has begun to replace old satellites with Iridium NEXT satellites through its Leesburg, Virginia-based facility that works to automate the process of moving the new satellites into their positions, Space News reported Monday.
The personnel at the company’s satellite network operations center in Virginia have written new commands to automate “slot swaps” in which NEXT satellites are inserted into old ones’ slots and linked to the constellation’s communications crosslinks. 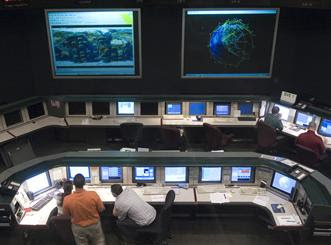 The High-Altitude Fight for Wi-Fi in Europe

In the race to corner the market for in-flight Internet, the friendly skies have become anything but. Rivals of British satellite operator Inmarsat are going to court in a bid to block the launch of its European Aviation Network.
The plaintiffs — which include electronics giant Panasonic as well as France’s Eutelsat and its US counterpart, Viasat — are seeking an injunction from the European Court of Justice as they race to develop their own in-flight connectivity system.

NASA is studying a “lean” architecture for Mars sample return that could allow the agency to bring back Martian rocks as soon as the end of the 2020s.
The concept, discussed at an Aug. 28 meeting of a National Academies committee performing a midterm review of the 2011 planetary science decadal survey, would focus on getting samples cached by the upcoming Mars 2020 mission off the planet and back to Earth as soon as possible. 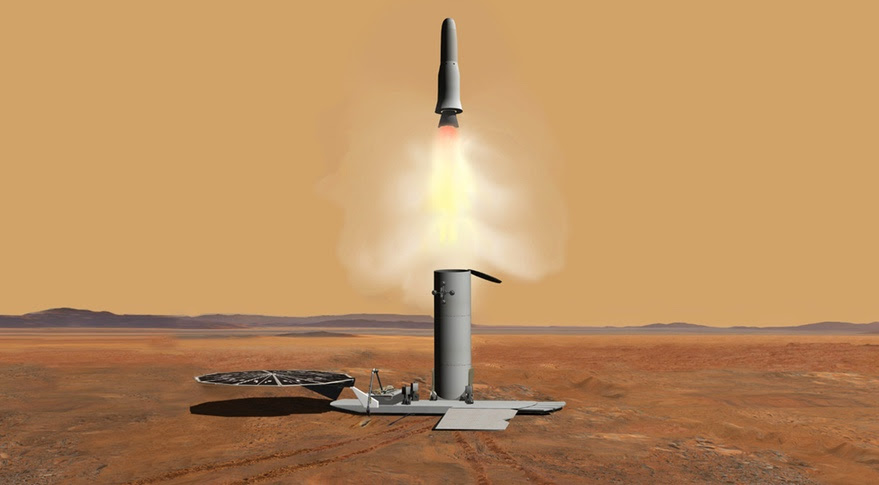 A SpaceX Falcon 9 successfully launched a long-delayed remote sensing satellite for the government of Taiwan Aug. 24, executing another first stage landing in the process.
The Falcon 9 lifted off from Vandenberg Air Force Base in California at 2:51 p.m. Eastern, at the beginning of a 42-minute launch window. SpaceX reported no technical issues during the countdown, and foggy conditions at the launch site earlier in the morning partially cleared by launch time.

For the first time, researchers have sent a quantum-secured message containing more than one bit of information per photon through the air above a city. The demonstration showed that it could one day be practical to use high-capacity, free-space quantum communication to create a highly secure link between ground-based networks and satellites, a requirement for creating a global quantum encryption network.
Quantum encryption uses photons to encode information in the form of quantum bits. In its simplest form, known as 2D encryption, each photon encodes one bit: either a one or a zero. Scientists have shown that a single photon can encode even more information — a concept known as high-dimensional quantum encryption — but until now this has never been demonstrated with free-space optical communication in real-world conditions. With eight bits necessary to encode just one letter, for example, packing more information into each photon would significantly speed up data transmission.

All-electric satellites halfway to becoming half of all satellites

On March 1, 2015, Boeing inaugurated the all-electric satellite with the launch of the ABS-3A and Eutelsat 115 West B geostationary spacecraft on a single SpaceX Falcon 9. Eight days later, the French space agency CNES committed $30 million to spark Europe’s all-electric propulsion efforts.
The CNES investment was influenced by industry forecasts predicting 50 percent of commercial telecommunications satellites will be all-electric by 2020.

At Made In Space, the Silicon Valley startup that sent the first 3-D printer to the International Space Station, employees joke about the ways their technology would take the suspense out of popular space movies.
Apollo 13, for example, would be a pretty boring film if the astronauts had a 3-D printer to create adapters for their carbon dioxide scrubbers. Likewise, The Martian would have been a much different story if Mark Watney had access to additive manufacturing on Mars. 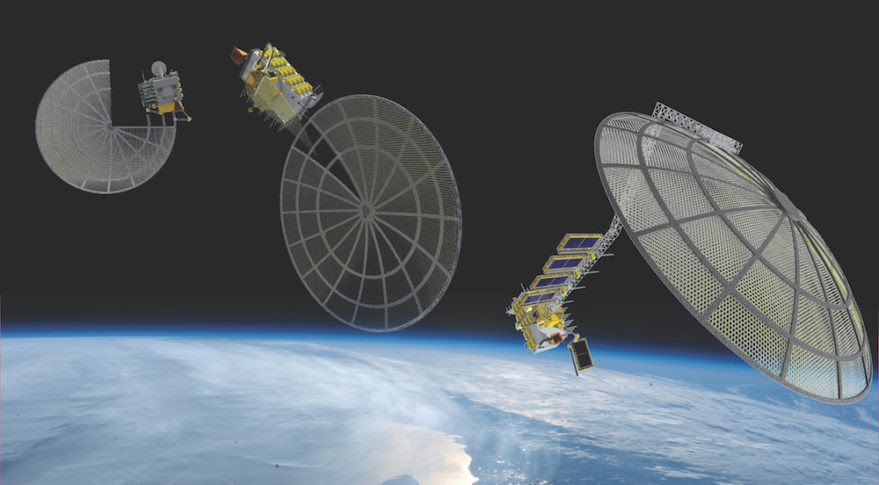 The global small satellite market is expected to grow from $2.28 billion in 2016 to reach $7.66 billion by 2023 with a Compound Annual Growth Rate (CAGR) of 18 percent, according to Stratistics MRC’ latest global market outlook report. Rising demand for high-resolution imaging services, favorable costs, modified scope of applications and new technological advancements are some of the factors driving the market.
On the other hand, shortage of small satellite launch vehicles remains one of the major restraints restricting the market. However, Stratistics expects growing demand for small satellite in emerging countries to result in huge growth rate during the forecast period.