With time running out to start work on a 2022 Mars orbiter, a NASA official said July 10 the agency plans to have a “coherent Mars architecture” for future robotic Mars missions ready for presentation an at August committee meeting.
Michael Meyer, lead scientist for the Mars Exploration Program at NASA Headquarters, said that architecture is on track to be presented at a meeting in late August of a National Academies committee reviewing progress NASA has made implementing the planetary science decadal survey published in 2011.
“It is in August when the committee meets that they’ll hear a coherent Mars architecture for what we hope to do for sample return and potentially other missions associated with that,” Meyer said at a teleconference meeting of the Mars Exploration Program Analysis Group (MEPAG). He added that he and others were working to ensure “agency endorsement” of that plan prior to the presentation. 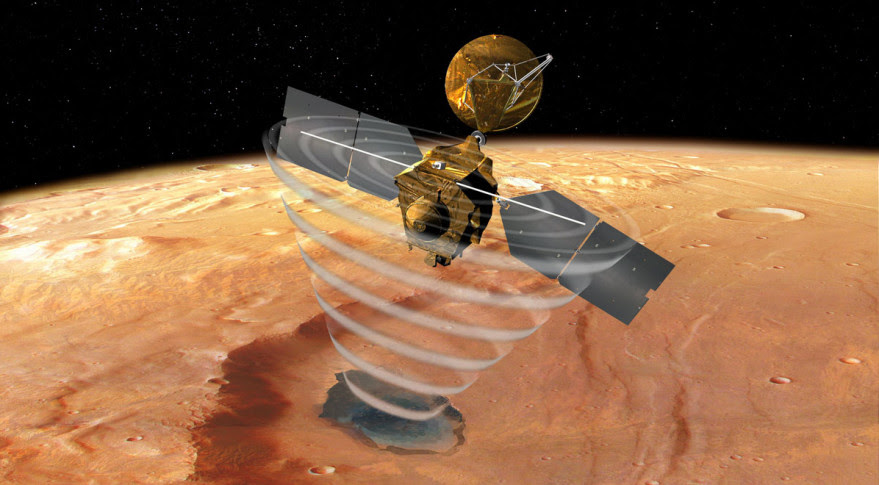 After two last-minute aborts over the holiday weekend, SpaceX successfully orbited a satellite for operator Intelsat on Wednesday evening, July 5. At 7:38 p.m. EDT, a Falcon 9 rocket lifted off from Launch Complex 39A at the Kennedy Space Center and delivered the Intelsat 35e satellite into Geostationary Transfer Orbit (GTO).
Intelsat 35e, the fourth addition to Intelsat’s Epic High-Throughput Satellite (HTS) constellation, carries a C- and Ku-band payload, and will meet demand for wireless backhaul, mobility services, Direct-to-Home (DTH) transmissions, and government applications in the Caribbean, Europe and Africa.
Intelsat 35e was originally scheduled to fly on July 2, but due to a computer-triggered abnormality SpaceX was forced to scrub the launch just 9 seconds before liftoff. Engineers from the company spent the Fourth of July holiday conducting a full review of the rocket and pad systems.

With just 20 satellites of the Iridium Next constellation in orbit, Iridium Communications’ six remaining launches with SpaceX over the next year will place their entire 75 satellite network into polar orbit.  The new constellation replaces an aging network and promises innovative, everyday telecommunications applications from airplane location services to maritime distress/communication to public global push-to-talk services to civilian remote wi-fi and cellular network capabilities to thousands of other applications for government, military, and civilian populations.
Iridium Next – innovating & building upon a pre-existing satellite network: Last month’s launch of Iridium Next 11-20 satellites represented the second of Iridium’s eight launches contracted with SpaceX for the launch of their Iridium Next constellation – a 75 satellite network (66 operational and 9 spares) designed to replace the venerable original Iridium constellation. 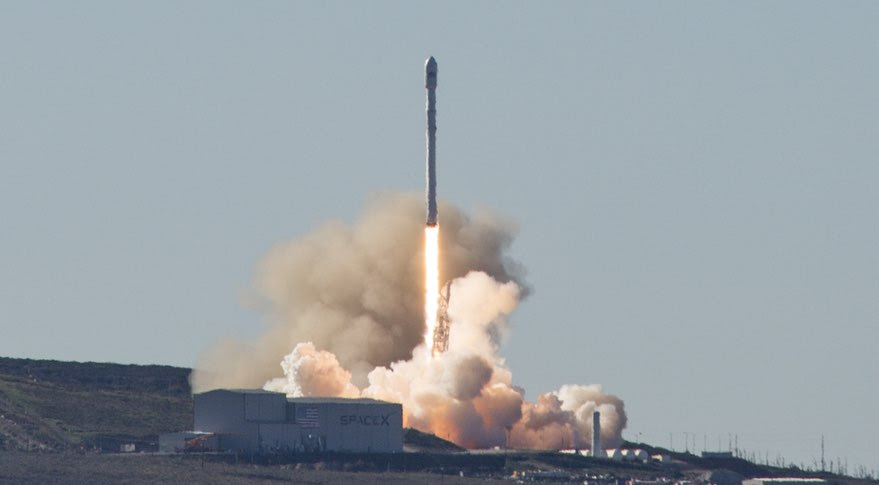 A remote Highland peninsula could be the site of Britain’s first launchpad for future space missions under new plans submitted to the UK’s space agency.
A consortium, which includes US aerospace firm Lockheed Martin, believe that the A’Mhoine peninsula in Sutherland would be the ideal location in Britain from which satellites could be launched into orbit.
A detailed proposal for the facility - located between Dounreay and Cape Wrath - has been submitted to the UK Space Agency (UKSA) which has met with Highland council and Highlands and Islands Entreprise (HIE) to discuss the plans.

President Donald Trump signed an executive order on Friday, June 30, resurrecting the National Space Council, an organization originally established to coordinate the United States’ space policy between government agencies. Vice President Mike Pence will be the chairman of the new Council, serving alongside several presidential cabinet members, secretaries from multiple government departments, NASA representatives, and leaders from the private space industry.
However, President Trump has yet to appoint a new NASA administrator, nor has he selected a new director for the Office of Science and Technology Policy, both of whom will have a seat on the Council. Former astronauts including Buzz Aldrin attended the signing, along with representatives from Lockheed Martin and Boeing.

Work has started on building a massive constellation of hundreds of satellites designed to deliver broadband and phone links to the entire planet.
OneWeb is partnering aerospace manufacturer Airbus in the mammoth task of building at least 900 satellites and sending them into orbit by 2025.The partnership is opening production lines at factories in France and the USA aiming to output three satellites a shift.
To meet the demands of such a rigorous schedule, designers and engineers have had to scrap the normal top-quality mindset that demands the best components and materials.

Spaceflight in the UK: Onward and Upward

The United Kingdom must regulate on a risk-aware, yet enabling, basis — allowing low cost launch capabilities, including space planes, to be the "steam locomotive" of the 21st century.
"As we prepare to leave the European Union and so redefine our place in the world, we must ensure that the decisions we take now put the U.K. in a position to build a strong, resilient, well balanced economy that works for everyone." This wording is stated in the foreword to the U.K. Draft Spaceflight Bill, published in February 2017. The United Kingdom seeks to be the first country in Europe to provide a hub for the low cost launch of small satellites. "We want to see U.K. spaceports enabling the launch of small satellites from the U.K., as well as sub-orbital spaceflights and scientific experiments," the foreword continues.

Airbus Safran Launchers, which became ArianeGroup on July 1, has begun construction of the combustion chamber of the first flight model of the Vinci engine at its Ottobrun site near Munich.
Vinci is the re-ignition motor of Ariane 6’s upper stage. Construction has begun following more than 120 successful tests using development models. According to the company, this is a key step towards the success of the first Ariane 6 flight, scheduled for 2020.
The new re-ignition engine will increase the operational flexibility of the Ariane 6 launcher, which the company stated can fulfill a range of missions, including the launch of constellations. Arianegroup is lead contractor for Europe’s Ariane 5 and Ariane 6 launcher families, responsible for both design and the entire production chain, up to and including marketing by its Arianespacesubsidiary, as well as for the missiles of the French oceanic deterrent force.