Next-Generation Satellites are Actively Serving Iridium® Network Customers, While the Company Prepares for the Second Launch
MCLEAN, Va., May 02, 2017 (GLOBE NEWSWIRE) -- Iridium Communications Inc. (NASDAQ:IRDM), the only communications company with 100 percent global coverage, has announced that the first set of Iridium NEXT satellites have been integrated into the operational constellation and are providing excellent service to Iridium customers. Prior to achieving this major program milestone, the new satellites went through a rigorous testing and validation process that demonstrated that they met all performance requirements and even exceeded many.
The Iridium NEXT satellites are already providing superior call quality and faster data speeds with increased capacity to Iridium customers. In addition, the Company has announced the targeted launch date for the second payload of ten Iridium NEXT satellites as June 29, 2017, at 1:02pm PDT, with an instantaneous launch window. All planned Iridium NEXT launches will take place from SpaceX's west coast launch facility at Vandenberg Air Force Base (VAFB) in California, on Falcon 9 rockets. 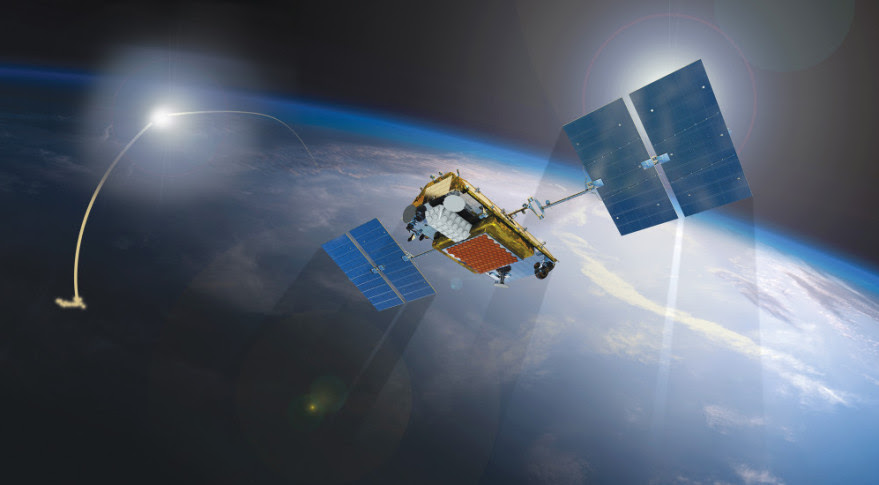 SpaceX launched the last of telecom satellite operator Inmarsat’s first-generation Global Xpress satellites May 15 on a mission where SpaceX did not attempt to recover the Falcon 9 rocket’s first stage.
The Falcon 9 lifted off from Launch Complex 39A at the Kennedy Space Center in Florida on schedule at 7:21 p.m. Eastern, releasing the Inmarsat-5 F4 satellite into a geostationary transfer orbit nearly 32 minutes later.
The decision to conduct an expendable launch, now seen as rare for the Hawthorne, California, company that has landed 10 first stage boosters after their respective missions, was because of the satellite’s mass, the heaviest geostationary orbit satellite launched to date by SpaceX.

NASA astronauts on the International Space Station will carry out an unplanned spacewalk May 23 to replace an electronics box that failed over the weekend, the agency announced May 21.
Astronauts Jack Fischer and Peggy Whitson will perform the spacewalk to remove a data relay box known as a multiplexer-demultiplexer (MDM) on the station’s truss, which controls the operation of solar arrays and other hardware on the station’s exterior. The failed MDM, designed MDM-1, is one of two such fully-redundant units. 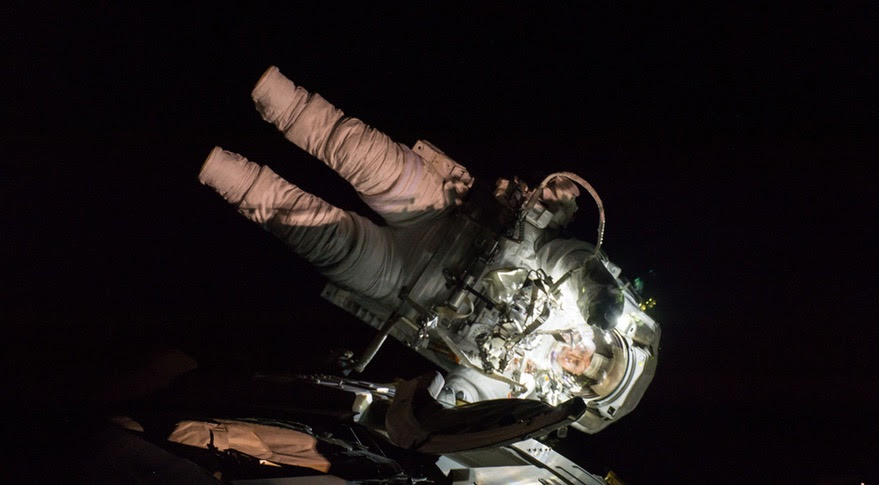 Arianespace announced that it successfully launched the SES 15 satellite onboard a Soyuz rocket from the Guiana Space Center in Kourou, French Guiana. This is SES’ first satellite to launch on a Soyuz rocket for a Geostationary Transfer Orbit (GTO) mission.
SES 15 carries a hybrid payload, comprising Ku-band wide beams and Ku-band High-Throughput Satellite (HTS) capability, with connectivity to gateways in Ka-band. The satellite will be located at the orbital position of 129 degrees west and is equipped with 16 Ku-band transponders (36 MHz equivalent) as well as HTS capabilities to serve North America, Mexico, Central America and the Caribbean.

Thuraya Telecommunications announced the launch of the Thuraya WE satellite and LTE portable Wi-Fi hotspot to meet the growing global demand for wireless data connectivity. Developed in collaboration with Beam Communications, Thuraya WE bridges the gap between satellite and Global System for Mobile Communication (GSM) broadband services, according to the company.
The terminal facilitates seamless roaming for consumers from satellite to terrestrial LTE services or vice versa, either via a Thuraya Subscriber Identity Module (SIM) card or a standard GSM SIM card from any of Thuraya’s 395 worldwide GSM roaming partners.

Gilat Satellite Networks announced that its In-Flight Connectivity (IFC) solution demonstrated end-user throughput of more than 100Mbps during Gogo’s live airborne media and investor event. Gilat’s aero modem powers Gogo’s 2Ku service and will be installed in more than 1,600 aircraft across more than 13 airlines, commencing this year, according to the company.
On May 9, Gogo hosted an industry event on its Boeing 737 test plane, the “Jimmy Ray.” The test flight not only confirmed its throughput and user experience, but also successfully demonstrated interoperability capabilities of Gilat’s aero modem with the aircraft’s communication avionics system.

How secure are ship networks from cyber attack?

How secure are your onboard networks? Do you know that your ships are secure from cyber threats? Some shipowners will know the answers.
Others may have a fair idea and plenty will just shrug their shoulders and say ‘yes’ – but they probably don’t know. Consultants are saying it is only a matter of time before hackers gain control of essential bridge equipment and cause some type of marine accident.
There are many potential digital threats the industry faces. There are probably just as many cyber security solutions out there. So, which one is the best for protecting ships? It depends on what is needed and the sophistication of the ship’s network and connectivity.

Fifth-generation wireless technology is making inroads in the United States and beyond. The two biggest U.S. carriers, Verizon and AT&T, are doing marketwide deployments, while the North Carolina General Assembly is considering a bill to expedite the 5G roll-out there, and South Korea’s largest phone company intends to offer 5G services in time for the 2018 Winter Olympics.
AT&T is targeting 20 U.S. cities for 5G roll-outs this year, starting with the April 25 launch in Austin, on Samsung Galaxy S8 and S8+devices. Indianapolis will 5G’d this summer, followed by “Atlanta, Boston, Chicago, Los Angeles, Nashville, San Francisco and others” AT&T said.

Technology alone is not enough to roll out connected cars in Europe, auto-industry and European Union experts agree. The key, speakers say during the “Connected Cars Europe 2017” conference in Brussels, is connecting automobiles to their commercial and social environment and getting all actors on board.
“Connected mobility will only work as an ecosystem based on the collaboration of governments, industry players and industry associations,” Nigel Upton, senior worldwide director-Internet of Things and global connectivity platform at Hewlett Packard Enterprise, tells WardsAuto. Certainly, there is enthusiasm at the European Commission, the EU’s executive arm. 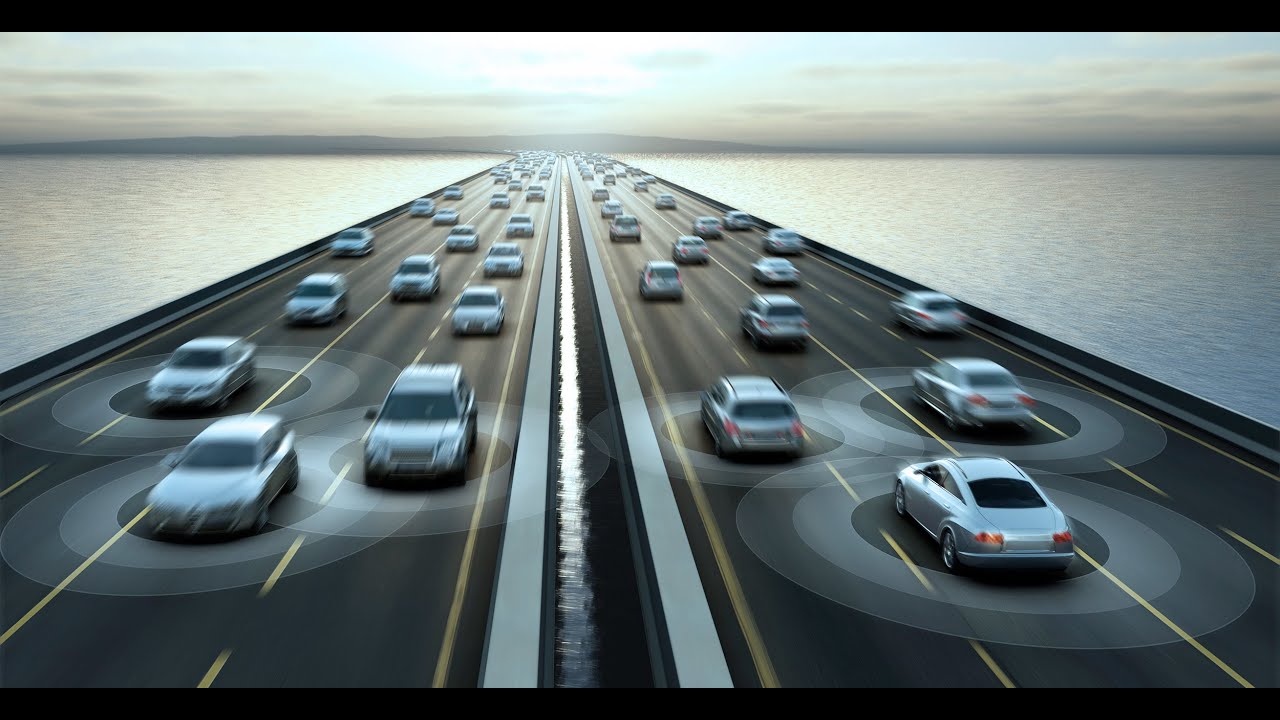 Elysium Space, the San Francisco startup that sends cremated remains into orbit, announced plans May 16 to launch its Elysium Star 2 memorial spacecraft on a SpaceX Falcon 9 rocket rideshare mission next year from Vandenberg Air Force Base in California. If the rocket reaches orbit, it will be the firm’s first successful spaceflight.
Elysium Space attempted to send a cubesat into orbit in 2015 on the maiden flight of the U.S. Air Force Super Strypi rocket. When that launch failed, Elysium invited customers who provided remains for that flight to join the next mission.