Now that its first batch of next generation satellites is in orbit and operational, mobile satellite services provider Iridium is preparing deorbit procedures for its legacy fleet of low-Earth orbit satellites that launched in the late 1990s.
Speaking with investors on a conference call April 27, Iridium Chief Executive Matt Desch said eight of the first 10 Iridium Next satellites launched in January are now in service, and the latter two are at the beginning of a 10-month journey to an adjacent orbital plane. 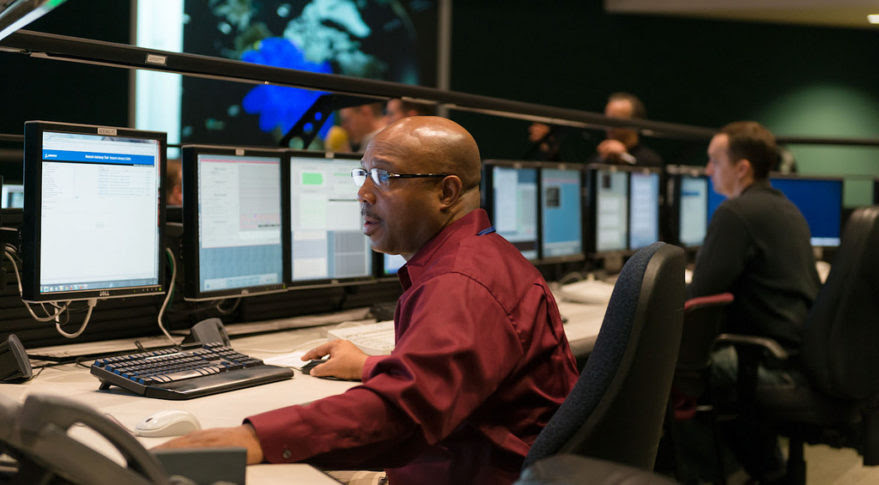 SpaceX launched its first spy satellite Monday, after a 24-hour hold to check out a sensor on the first stage of the Falcon 9 rocket.
The rocket lifted off at 7:15 am Eastern, aboard a Falcon 9 that took off from the company’s Launch Complex 39A at Kennedy Space Center, Florida. Nine minutes later, the Falcon 9 reusable first stage touched down at Landing Zone 1 at neighboring Cape Canaveral Air Force Station. It’s the fourth time the company has recovered a first stage booster after launch. 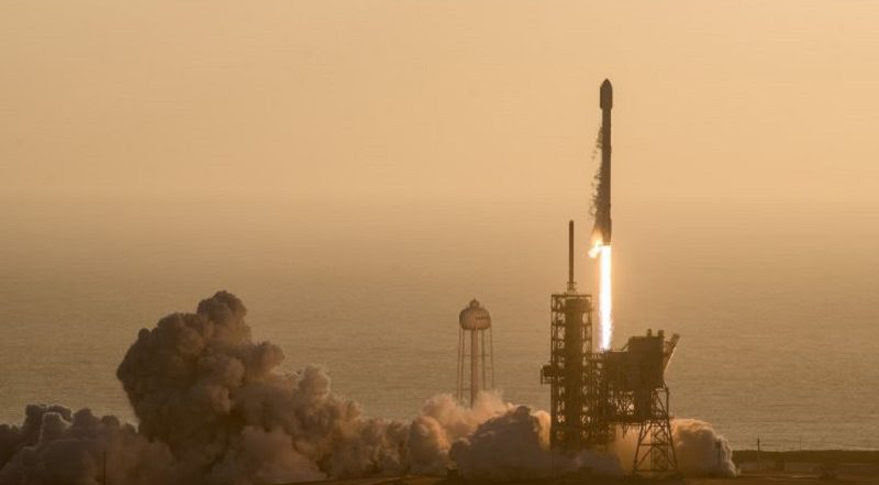 Eight of Iridium’s first ten upgraded communications satellites launched in January started providing voice and data relay service ahead of schedule, and SpaceX says it can launch up to 40 more Iridium spacecraft by the end of the year, Iridium officials reported Thursday.
“I’m happy to report that our initial batch of Iridium Next satellites are now fully operational and working very well,” said Matt Desch, CEO of Virginia-based of Iridium Communications.

China to begin construction of manned space station in 2019

China will begin construction of a permanent manned space station in 2019 after carrying out a successful in-orbit refueling from its Tianzhou-1 cargo spacecraft, officials leading the project said on Friday.
The Tianzhou-1, China's first cargo spacecraft, launched on April 20 and completed the first of three planned docking attempts with the orbiting Tiangong-2 spacelab two days later, state media reported. The successful five-day refueling, directed from technicians on Earth and completed on Thursday, is a key milestone toward China's plans to begin sending crews to a permanent space station by 2022. 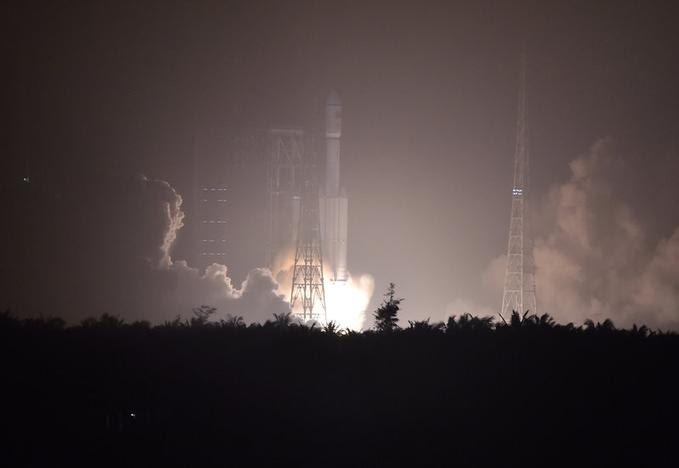 Great news for Cassini fans: The NASA spacecraft sent word that it successfully completed its first pass through the uncharted territory between Saturn and its rings late Wednesday.
Hopefully the next 21 orbits through this never-before-explored space will be just as successful.
More than 100 members of the Cassini team and their families gathered in the Von Karman Auditorium at the Jet Propulsion Laboratory in La Cañada Flintridge to await the news.

Deep Space Industries on How Rideshares Can Unlock Access to Orbit

Deep Space Industries (DSI) hopes to revolutionize the smallsat industry by developing new propulsion systems based on non-toxic fuel. The company plans to test its Comet 1 line of water-based thrusters on three Hawkeye 360 smallsats, set to launch later this year aboard a Falcon 9 as part of Spaceflight Industries’ inaugural dedicated rideshare mission, Sun-Synchronous Orbit A (SSO-A).
According to Grant Bonin, Deep Space Industries’ Chief Technology Officer (CTO), new propulsion systems are just an incremental step in the company’s grander plan of enabling humans to live and work in outer space. Bonin believes the kinds of technology the company is developing — propulsion systems, radiation-tolerant avionics, optical navigation — will be necessary to unlock capabilities such as mining asteroids or creating off-planet settlements.

Marlink has expanded its Sealink Very Small Aperture Terminal (VSAT) portfolio with new service plans specially designed for the business needs of maritime customers. Marlink created the new Sealink Business to meet the operational and crew communication requirements for maritime customers of all segments and features a choice of Committed Information Rates (CIR) to guarantee constant minimum bandwidth at all times.
According to Marlink, the service plans enable digitalization of vessel operations by ensuring fixed bandwidth is always available for applications and processes that contribute to more efficiency throughout the shipping value chain.

Joint mission to Europa could seek life under the ice

It will take more than six years to get there. But if long-anticipated signs of life are found on Europa, a newly-proposed joint American-European trek to the enigmatic moon of Jupiter will have been worth it.
Called the Joint Europa Mission, the proposal was unveiled on 24 April by Michel Blanc from France’s Research Institute in Astrophysics and Planetology in Toulouse. At the annual European Geosciences Union meeting in Vienna, Austria, Blanc suggested NASA and the European Space Agency could join forces to plan and mount the mission, which could launch in the mid-2020s. 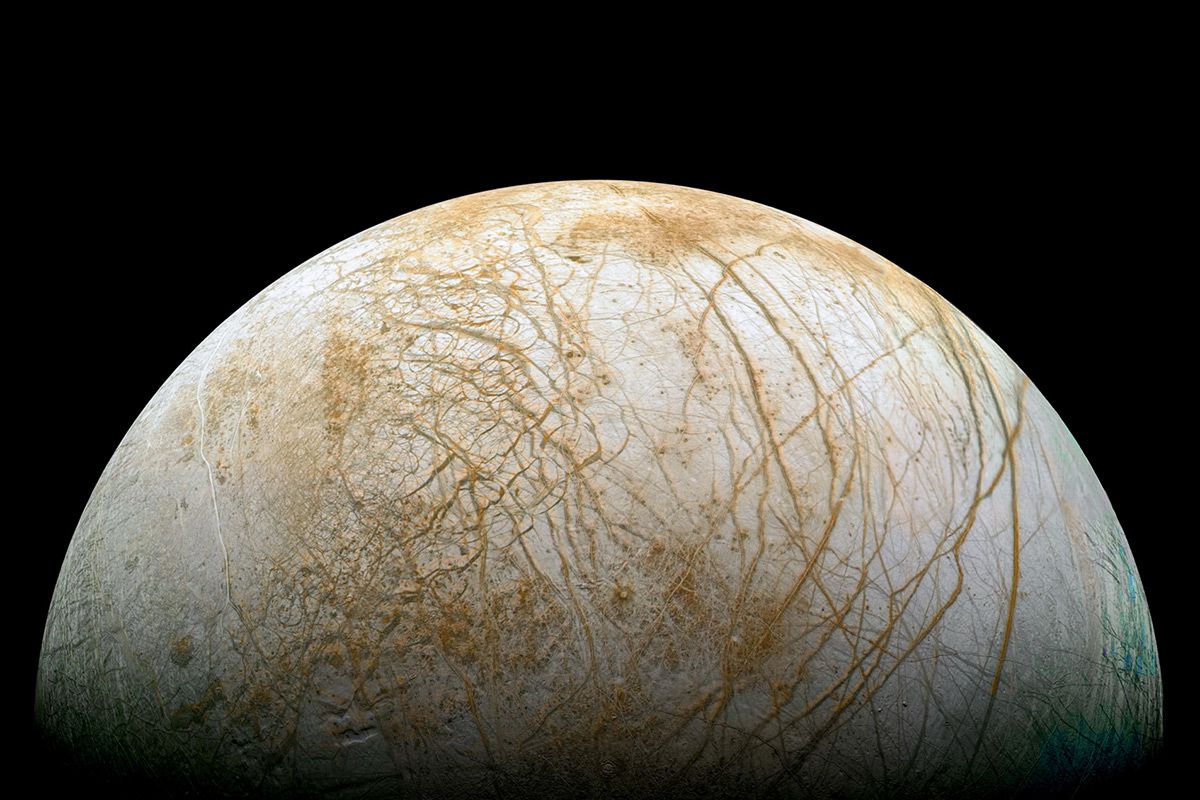