Planning a mission to Mars and have some extra payload space? NASA would like to hear from you.
The agency issued a request for information (RFI) Feb. 27 seeking information on private ventures planning to send spacecraft to Mars in 2020 and beyond that would be willing to accommodate NASA instruments and other payloads on their missions. Responses are due March 28.
“Furthering NASA’s human deep space exploration goals will require a significant amount of scientific research, and opportunities to collect data on Mars have been rare,” NASA said in a statement announcing the RFI. “Evolving capabilities in the private sector have opened the possibility for NASA to take advantage of commercial opportunities to land scientific payloads on the surface of the Red Planet.” 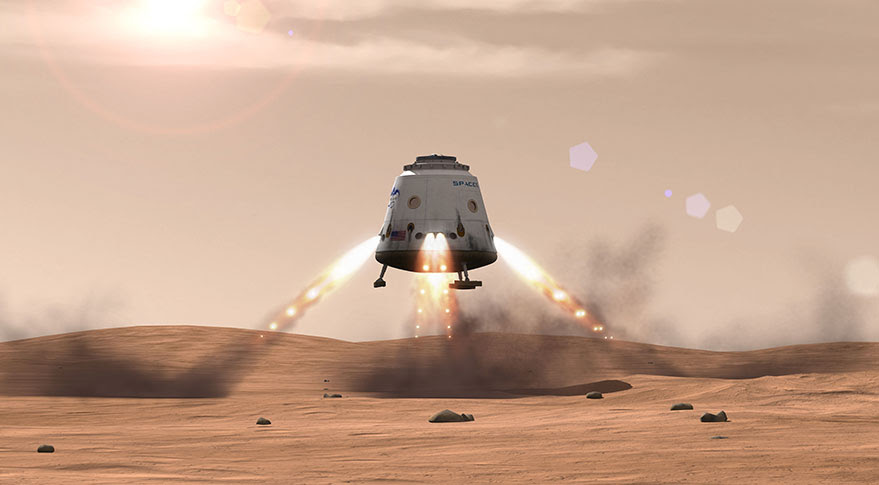 Inmarsat has integrated EM Solutions-designed Cobra-class satellite communications terminals onto eight vessels of Australia’s department of immigration and border force in an effort to help boost the country’s communications capacity in inhospitable maritime environments.
Inmarsat said Monday the satcom terminals will offer an option for users to augment capacities on government-owned satellites with commercial satellites such as the Global Xpress.
EM Solutions produced the terminals to support the Australian DIBP’s communications, surveillance and data transmission missions.

Delays in SpaceX’s launch schedule have led an aggregator of secondary payloads to find alternative rides for dozens of satellites it planned to fly on a Falcon 9.
In a March 2 message, Curt Blake, president of Seattle-based Spaceflight, said that “significant” delays in the planned launch of the Formosat-5 mission on a Falcon 9 from Vandenberg Air Force Base in California forced the company to find alternative rides for nearly 90 satellites that were to launch as secondary payloads on a payload adapter called Sherpa.
“We learned our launch would occur potentially much later than expected,” Blake wrote, not giving a specific launch date. “While delays are inevitable in the launch business, we made the decision to rebook all our customers slated to launch on the FormoSat-5 mission.” 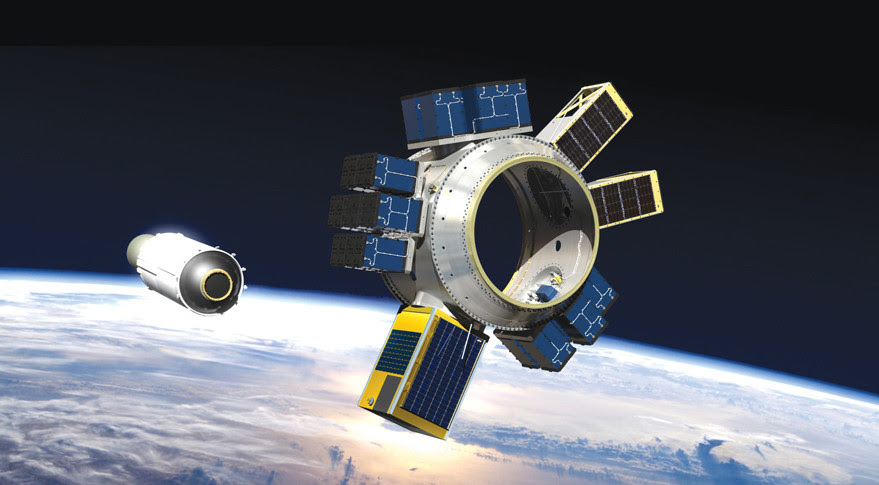 NASA is soliciting concepts for payloads that could fly on a mysterious satellite it is in discussions to inherit from another government agency.
NASA issued a request for information (RFI) Feb. 15 for a proposed spacecraft called the NASA Science/Technology Platform Satellite, or NSTP-Sat. The RFI was the first time NASA had publicly discussed such a mission.
The RFI, issued by NASA’s science mission directorate, solicits ideas for payloads, including remote sensing instruments and technology demonstrations, which could fly on the spacecraft. The RFI offered few details about the proposed mission, noting NSTP-Sat could fly “to low earth orbit, geostationary equatorial orbit, medium Earth orbit, Earth-Moon L1, or lunar orbit in the 2021 timeframe.” 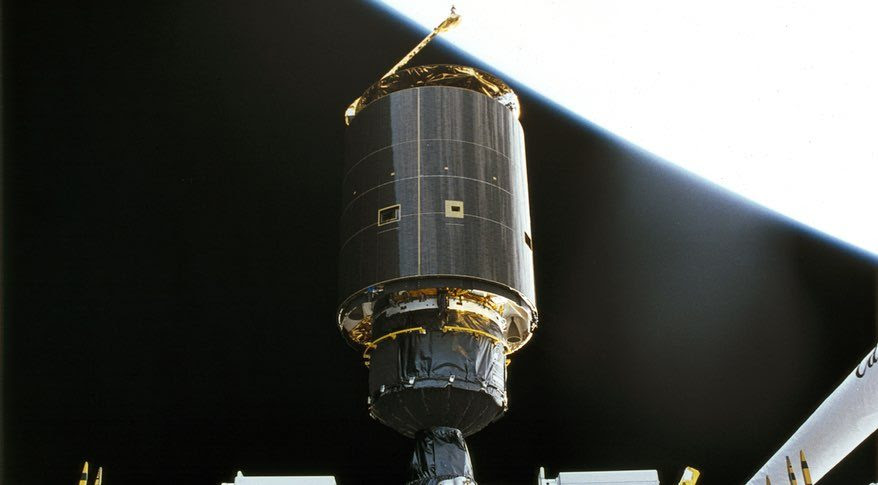 After recently revealing a new BE-4 rocket engine and hinting at his goals for future space travel, Jeff Bezos, founder of Blue Origin and founder, chairman and CEO of Amazon, opened day 2 of SATELLITE 2017 with a riveting keynote moderated by Chairman Jeffrey Hill. Bezos began the keynote by explaining how, and why, he progressed from running arguably the most successful retail business in the world, Amazon, to disrupting the launch and satellite industry with Blue Origin.
“You don’t choose your passions, our passions choose you,” he said. “I fell in love with space and rockets when I was a 5-year-old boy watching Neil Armstrong step on the surface of the moon. I’ve been passionate about it ever since.” Bezos described the success of Amazon as a “lottery winning” — and says that he’s now investing those winnings into Blue Origin. 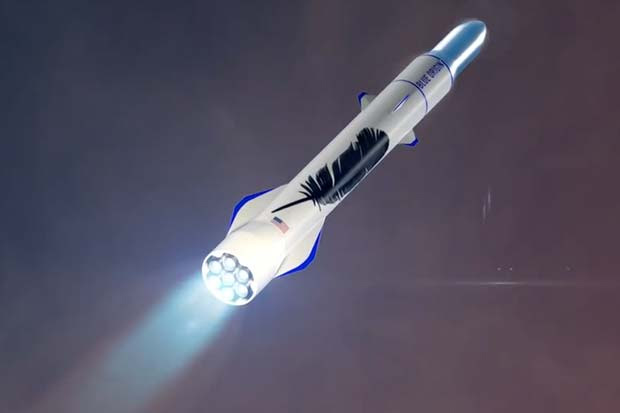 Space Systems Loral (SSL) announced that it provided a two-axis gimbal mechanism for NASA’s Raven flight demonstration, which the 10th SpaceX cargo resupply mission delivered to the International Space Station (ISS) on February 19. Developed by NASA’s Satellite Servicing Projects Division, Raven will help the agency test key elements of a real-time spacecraft relative navigation system that will help enable spacecraft servicing and rendezvous missions.
Raven will use the two-axis gimbal mechanism to point its rendezvous and proximity operations sensors at visiting vehicles as they make their approach to dock with the ISS. The gimbal is based on SSL’s heritage dual access positioning mechanism, which is used to deploy and position reflectors, antennas, and electric thrusters on the SSL 1300 platform. Once integrated with the ISS, SSL will test the Raven payload over a two-year period.

Boeing’s plan to deploy a constellation of V-band satellites in non-geostationary orbit has prompted at least five companies, including SpaceX and OneWeb, to file me-too proposals with the U.S. Federal Communications Commission.
The FCC had given companies until March 1 to disclose whether they also had plans to use the same V-band that Boeing had applied for in November of last year.
The five companies — SpaceX, OneWeb, Telesat, O3b Networks and Theia Holdings — all told the FCC they have plans to field constellations of V-band satellites in non-geosynchronous orbits to provide communications services in the United States and elsewhere. So far the V-band spectrum of interest, which sits directly above Ka-band from about 37 GHz to the low 50 GHz range, has not been heavily employed for commercial communications services. 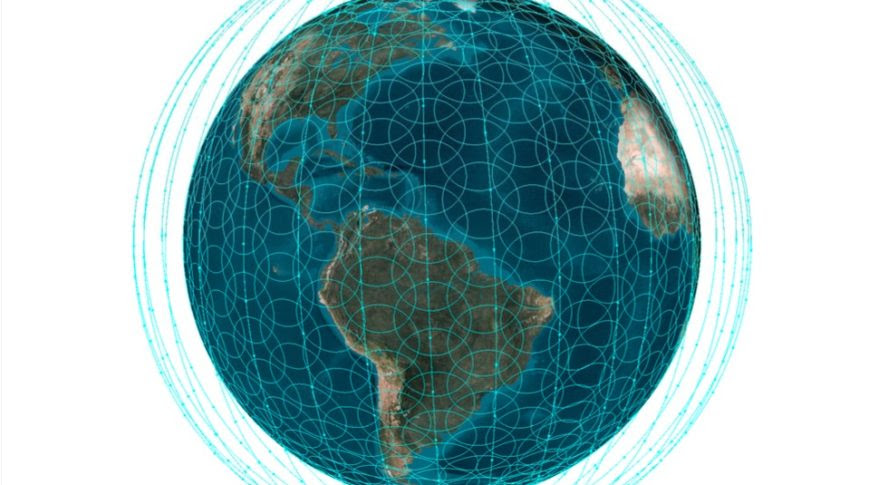 Gilat Satellite Networks and Hughes Network Systems announced a new high-performance dual Ka-/Ku-band aero antenna agnostic to the underlying Very Small Aperture Terminal (VSAT) modem technology and service platform. The companies have been working together for nearly two years on the development of the antenna.
The new antenna from Gilat and Hughes supports both Ka- and Ku-band on a single antenna platform while affording favorable weight and drag characteristics versus the use of two separate antennas. The dual band capability enables continuous broadband connectivity for commercial aircraft traveling air routes that require a combination of Ka and Ku coverage to serve the full air route. The antenna further meets the volume requirements for radome line-fit installations on both Airbus and Boeing aircraft, while optimizing its aperture size under the available volume.

Space startup companies seeking to raise money may face problems in the years ahead, particularly in satellite and launch markets where there are already a large number of ventures, investors and analysts warned.
In an investment panel during the Satellite 2017 conference here March 7, Chris Quilty, president of Quilty Analytics, warned that parts of the space industry may be in a “bubble” that will burst as too many companies seek additional rounds of funding.
“We’re probably in a bubble,” he said, citing as one example the dozens of companies trying to develop small launch vehicles. “A bunch of those are never going to make it over the line. There’s probably going to be some consolidation.” 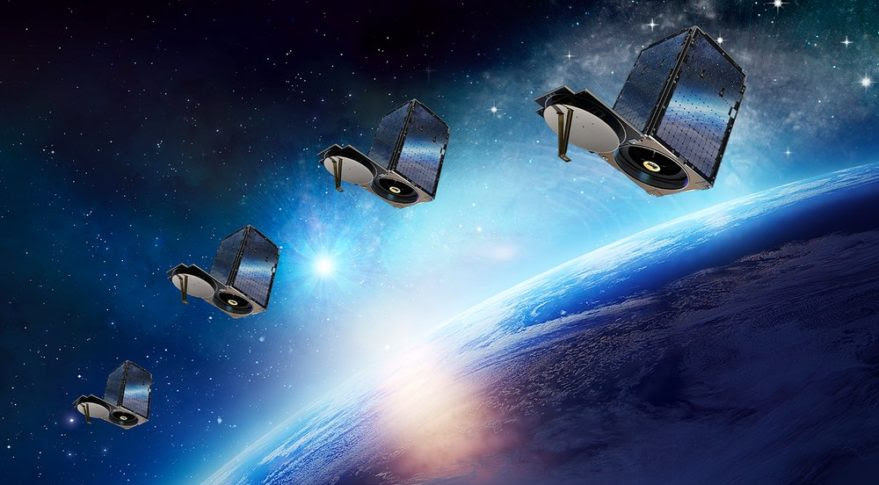