Globalstar Canada Satellite Co., a wholly owned subsidiary of Globalstar Inc. (NYSE MKT: GSAT) and the leader in satellite messaging and emergency notification technologies, announced today that its SPOT family of products has set a new safety record with 274 rescues initiated in Canada in 2016. The new milestone surpasses the previous record of 196 rescues which was set in 2014. To date, an estimated one-third, or 30% of all SPOT rescues worldwide have been initiated in Canada. SPOT is a proven and essential life-saving line of communication using 100% satellite technology for messaging, tracking and emergency notification completely independent of cellular coverage.

Mina Mitry is at the helm of a seven-person company that has raised $5.5 million since forming in 2015 to develop a global constellation of cubesats to connect any device on Earth or in orbit. Kepler Communications is the fourth startup on the 27-year-old’s resume, but the first he co-founded — and his first dealing with space.
Before launching Kepler Communications, located in a small office suite above a nail salon and Wild Wing restaurant in downtown Toronto, Mitry put his aerospace engineering degrees to work at a succession of tech-heavy startups, including TeaBot, a company that makes self-serve, loose-leaf tea kiosks, and Brizi, a company that aims to equip the world’s sports arenas with augmented-reality camera systems that fans can control from their smartphones.

Inmarsat announced that its LoRaWAN-based network developed in partnership with Actility, is delivering on its strategy to bring the Internet of Things (IoT) to every corner of the globe. Early applications in asset tracking, agribusiness and oil and gas are helping businesses in remote regions of the world become more efficient, reduce costs and drive new revenue through IoT-based solutions.

SpaceX could attract a holiday weekend crowd for its first launch from Kennedy Space Center, now targeted for Saturday, Feb. 18, at the start of Presidents Day weekend.
Liftoff from historic pad 39A of a Falcon 9 rocket and unmanned Dragon capsule carrying International Space Station supplies would be expected just before 10 a.m. 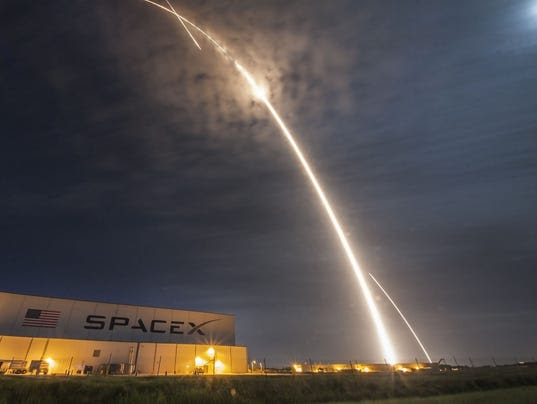 Comtech Telecommunications announced the release of the VersaFEC-2 High-Performance Low-Density Parity-Check (LDPC) option board and version 1.5 for the CDM-570A/Large Internet Packet (L-IP) satellite modems.
The VersaFEC-2 waveform is an evolved version of the VersaFEC waveform. VersaFEC-2 was designed to provide optimal performance for latency sensitive applications that require the highest coding performance at the lowest latency, according to Comtech. It features 74 modulation and coding combinations (ModCods) and a new family of constellations that allows better operation on non-linear satellite channels, outperforming the Digital Video Broadcasting-Satellite-Second Generation (DVB-S2) standard. This new innovation provides two operational modes: Long-Block and Short-Block.

Thales: 22 Iridium Next satellites are ready for SpaceX and 22 more will be soon

NanoRacks announced plans Feb. 6 to work with Boeing on a commercial airlock designed to satisfy growing demand by companies seeking to launch cubesats and small satellites from the International Space station.
Boeing plans to fabricate and install the airlock’s Passive Common Berthing Mechanism, the doorway satellites pass through as they move from the pressurized environment of the ISS into space. NanoRacks and Boeing are designing the new airlock to be used on the ISS and then moved to a future commercial space platform, Jeff Manber, NanoRacks chief executive, told SpaceNews. 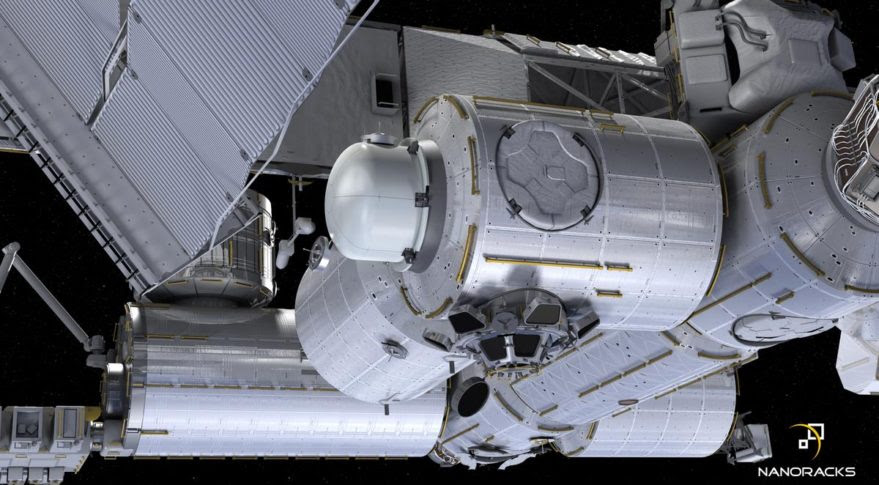 Harris Corp. Chief Executive William M. Brown said last year’s indications of a coming strong market for unfurlable mesh antennas have been confirmed, with the company booking two new orders in the last three months of 2016 and more likely on the way. While used mainly for mobile communications, the large reflectors have also found markets in Earth observation.
“In the back half of 2016, we were awarded two unfurlable antennas and we commented that prospects were stronger than they've ever been in more than almost a decade,” Brown said in a Feb. 2 conference call with investors. “In this quarter, we were awarded another two reflectors and were pursuing another 10 opportunities, with expected awards over the next few years. So prospects remain positive.”