An Air Force missile warning satellite launched successfully Friday, a day after it was delayed due to a series of technical and range issues. The United Launch Alliance Atlas 5, in a 401 configuration, lifted off successfully from Cape Canaveral, Fla., at 7:42 pm Eastern. It’s the company’s first launch for 2017.
The launch had originally been planned for one day earlier, but was eventually scrubbed after a series of delays, including reports of a plane that wandered into restricted airspace. The second attempt Friday was successful, launching the Air Force’s Space Based Infrared System satellite into geosynchronous orbit. 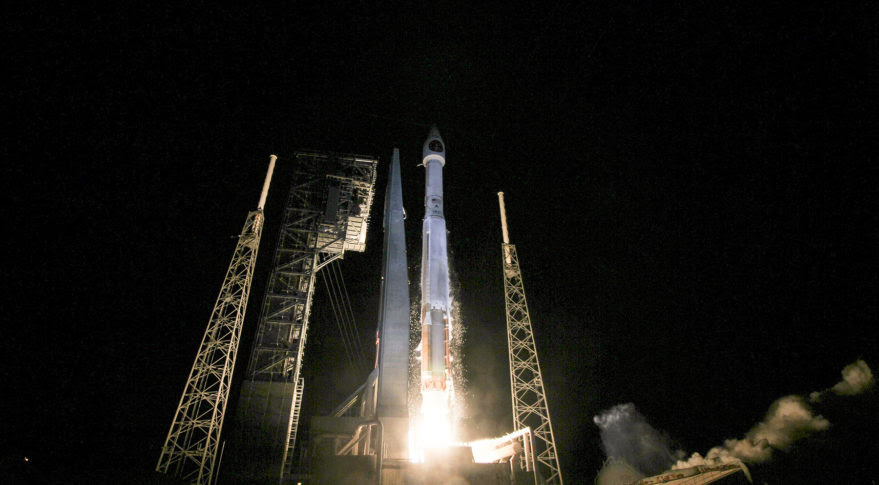 With An Operations Center In Leesburg, Iridium Launches Largest Tech Refresh In History

On Saturday, dozens of the best engineers and scientists in the world will guide and oversee the first step of space's largest tech refresh in history.
And they'll be doing it from Leesburg.
Iridium communications will embark this weekend upon its first of several “satellite swaps,” an initiative to change out the company's 66 satellites orbiting Earth. A global communications company, Iridium houses its operations center in the Lansdowne area.
The company will use a Falcon 9 rocket from Elon Musk's SpaceX for the satellites' commute. The venture will be SpaceX's first launch since a Falcon 9 exploded upon launch last September.

Nearly three years after a Malaysian airliner vanished, it’s still possible, if unlikely, for a plane to disappear. But that’s changing with new satellites that will soon allow flights to be tracked in real time over oceans.
New international safety standards also begin to kick-in beginning next year, although the deadline for airlines to meet most of the standards is still four years away. Even then, it could be decades before the changes permeate the entire global airline fleet because some of the requirements apply only to newly manufactured planes.
Malaysia Airlines Flight 370 vanished from radar on March 8, 2014, while flying from Kuala Lumpur to Beijing with 239 passengers and crew on board. An exhaustive search of a remote corner of the southern Indian Ocean has failed to turn up the aircraft’s remains, and search efforts were called off this week.

Canada on Path to Provide High Speed Internet to All

On Dec. 21, the Canadian Radio-television and Telecommunications Commission (CRTC) declared that broadband access internet service is now a “basic telecommunications service for all Canadians,” vowing to bring high-speed internet access to all citizens. With the government setting its sights on speeds of 50 megabits per second (Mbps) downloads and 10 Mbps upload for fixed broadband internet access services, the CRTC will now look to expand internet infrastructure throughout the country through $750 million in funding that will come available in the next five years for areas that do not meet the targets. But what piece of that pie belongs to the satellite industry?
As a large country with far-reaching remote regions, the government is looking to all players in the communication landscape to do their part to ensure Canadians have access to “the services they need to participate in the digital economy,” Jean-Pierre Blais, chairman and CEO of the CRTC, said in a statement released along with the December announcement.

The cybersecurity and outer space communities seem only now to have started to realize the interdependence between these two areas and the need to avoid compartmentalized approaches with relation to cyber in space.
The central and vital role of satellite systems in human societies, together with the growth of attacks against satellites, has shown that the security aspects of satellite systems cannot be overlooked. Indeed, an attack against a satellite (as well as to its ground stations and communication links) can have profound negative impacts on a set of diverse sectors and activities that rely on satellites.
Such security aspects are all the more important not only due to the increasing reliance, cross-sector and cross-borders, on satellite systems, but also in light of the dual-use nature of satellite technology, the use of IP-based technologies in the space sector, as well as the recourse to the private sector for procurement of sensitive technology and management of critical infrastructures.

MCLEAN, Va. Part of the Iridium NEXT satellite constellation, Aireon’s space-based ADS-B network will transform air traffic management (ATM) capabilities, providing real-time air traffic surveillance and flight tracking across 100 percent of the planet. Currently, more than 70 percent of the earth, including oceanic and remote airspace, has no existing air traffic surveillance.
“Today is a landmark moment in history for global air traffic surveillance, air traffic safety. and the aviation industry as a whole,” says Aireon CEO Don Thoma. “This successful first launch brings us one step closer to changing the way the world flies by enabling the ability to track aircraft anywhere on the planet. Once our global ADS-B surveillance service is fully deployed, every ADS-B equipped aircraft can have its precise location accounted for 24/7.”

Many questions, few answers when it comes to space traffic management, experts say

With an ever growing number of countries and corporations launching satellites into orbit, there’s never been a greater need for thorough tracking of objects in space, but many questions need to be answered first, according to a panel of experts at a recent conference.
“The time is now to address this issue,” said George Nield, Federal Aviation Administration associate administrator for commercial space transportation, speaking at a panel on space situational awareness (SSA) at the American Institute of Aeronautics and Astronautics Science and Technology Forum held in Grapevine, Texas, Jan. 11. “We need to avoid the temptation because it is a complex and challenging problem to try to get everything perfect before we start taking action.” 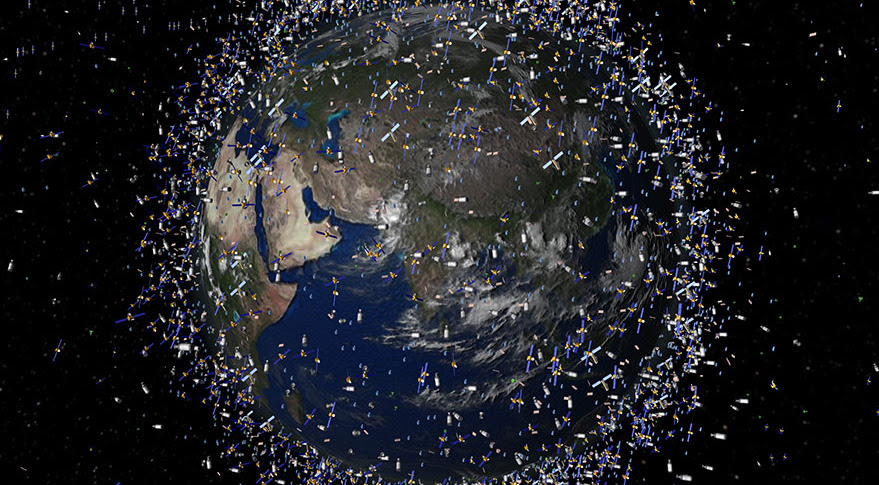 Thuraya Telecommunications Company has announced the launch of Crypttia, a command and control platform developed by Eyeonix. With the platform, smartphone users can use unified Thuraya and cellular networks for mission-critical, crisis management, defense and civil protection operations.
Crypttia is an IP-based, end-to-end, global platform combining both terrestrial and satellite voice technologies to bring push to talk services to smartphone users. The solution offers “Bring Your Own Device” (BYOD) capability for fast and reliable communications in mission-critical environments.