Iridium CertusSM to offer game-changing broadband connectivity solutions for business and general aviation users
Iridium Communications Inc. (NASDAQ:IRDM) announced today its new suite of aviation products and services, featuring Iridium Certus technology.  This next-generation suite features a broad portfolio of products from four leading avionics manufacturers, which will deliver global broadband connectivity for cockpit and passenger communications.
Scheduled to launch commercial service in 2017, Iridium Certus is the Company's next-generation multi-service communications platform enabled by its new Iridium NEXT satellite constellation. Iridium Certus will deliver higher throughputs, enterprise-grade reliability and global overage at an unprecedented value.  After completion of the Iridium NEXT constellation, Iridium Certus will deliver speeds eventually reaching 1.4 Mbps through some of the smallest and most cost-effective antennas in the industry.

Orbital to launch next Cygnus mission on Atlas 5
WASHINGTON — Citing a desire to both maximize the cargo delivered to the International Space Station and ensure it stays on schedule, Orbital ATK said Nov. 4 it will launch its next Cygnus mission on an Atlas 5 rather than its own Antares rocket.
Orbital ATK said that the OA-7 Cygnus mission, previously planned to launch on an Antares rocket from Wallops Island, Virginia, will instead launch on a United Launch Alliance Atlas 5 from Cape Canaveral, Florida, in the spring of 2017. The company said this is a one-time arrangement, with future Cygnus launches returning to the Antares. 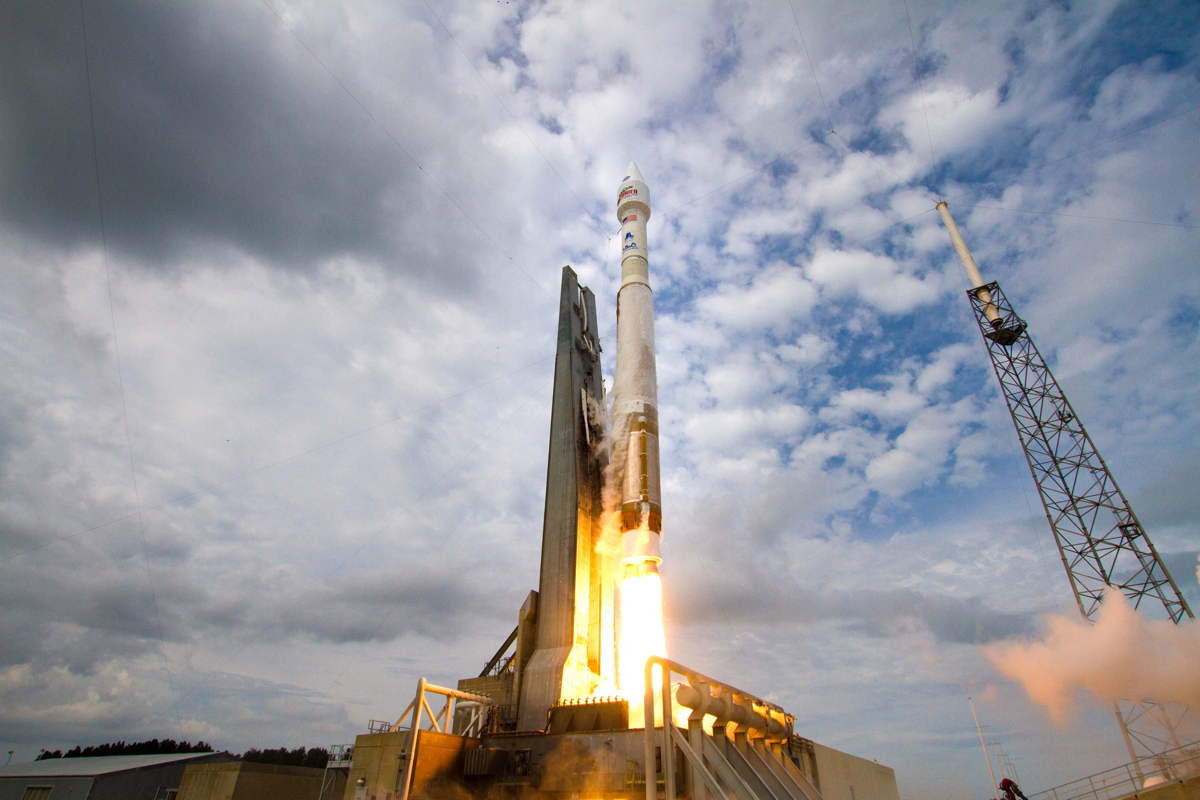 PARIS — Mobile satellite services provider Inmarsat on Nov. 3 said launch-service provider SpaceX has identified the root cause of the Sept. 1 explosion of its Falcon 9 rocket during a launch-pad test and likely will return to flight in December.
“SpaceX has obviously spent some time investigating the reasons behind their recent launch failure,” Inmarsat Chief Executive Rupert Pearce said in a conference call with investors. “We believe they now have found a root cause that is fixable quite easily and quite quickly. So they should be able to return to flight in December.”


Finding the Right Fit: How Antennas Are Evolving for IFC
Airplanes need antennas, and lots of them. Some can carry well over 60 for a variety of purposes, but one has come to the spotlight — the antenna for passenger connectivity. This much-needed device is the gateway for in-flight Wi-Fi, but make the antenna too big, and you increase the amount of fuel the airline needs. Make the antenna too small, and it will fail to meet bandwidth demands. The right In-Flight Entertainment and Connectivity (IFEC) antenna must balance this dichotomy, and that is where antenna manufacturers find themselves today.
IFEC is creating new needs for a sector that doesn’t necessarily move at breakneck speeds. Asked if aeronautical antenna technology development is moving faster or slower than expectations in recent years, Norman Haughton, manager of IFEC product design at Air Canada, gives a curt answer: “slower.”

Innovation a priority for new NASA science chief
The new head of NASA’s science directorate says he wants to incorporate more innovation into its various missions, but acknowledges that there are limited opportunities to do so in the near future with current missions.
In an Oct. 31 roundtable with reporters at NASA Headquarters, Thomas Zurbuchen, named the agency’s associate administrator for science Sept. 27, said he would seek opportunities to incorporate so-called “disruptive” technologies, like small satellites, into the agency’s portfolio of science missions, while making sure it successfully carried out larger missions. 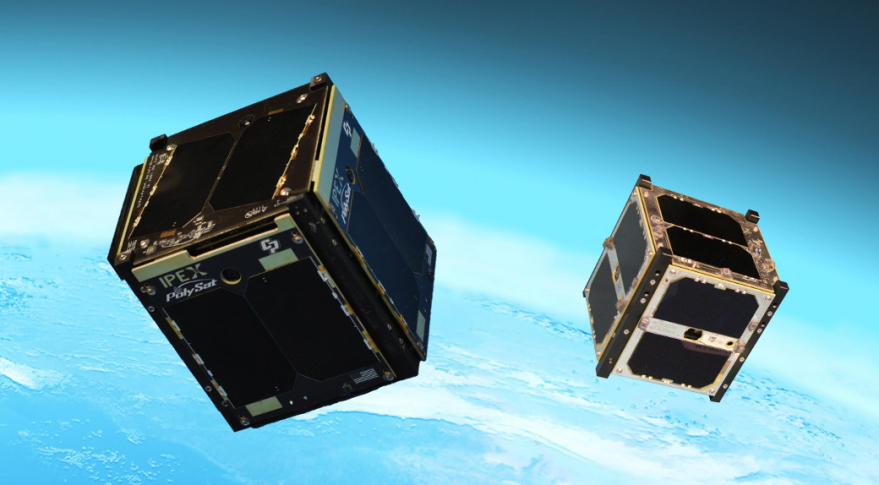 As we discuss the oncoming advent of smart shipping, we seem to concentrate on the technologies and possibilities to our operations.
There is one key factor that is crucial for all of this to occur. The connectivity. It is it obvious that we assume that connectivity has improved to make this possible? Today I will consider what has improved and what is left to be done.
If the connectivity has improved this should logically improve the life of the seafarer, and therefore I want to also examine the human factor in smart shipping but more importantly the human factor when considering connectivity and operations. 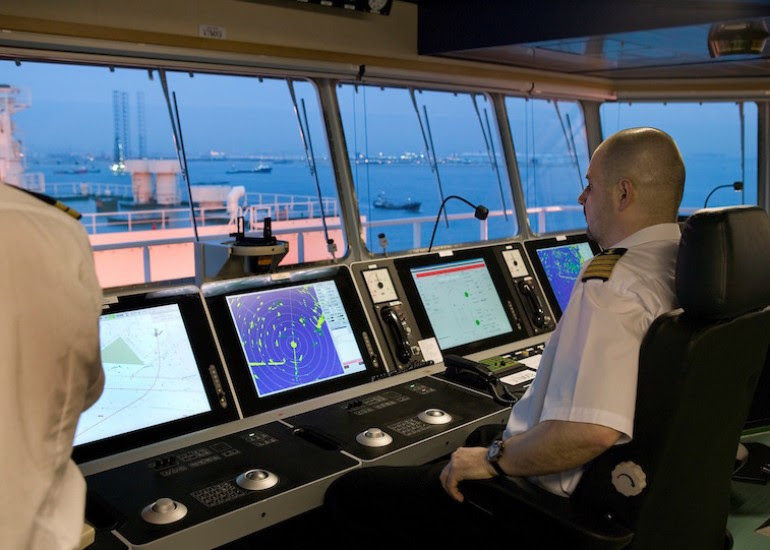 ATLANTA, Nov. 7, 2016 /PRNewswire/ -- DataPath, Inc., a leading provider of remote field communications and information technology solutions to the aerospace, broadcast, government, and infrastructure markets, announced today the company has become a value-added reseller of Dejero products and services.
Dejero's LIVE+ cloud-based platform is known throughout the broadcast industry for instantly and cost-effectively delivering high-quality live video over IP. Including the portable GoBox and EnGo transmitters, as well as the rack-mountable VSET and Transceiver solutions, the combination of Dejero's LIVE+ platform with DataPath's network mobility products, satellite network services and portable satellite terminals allows DataPath to provide newsgathering teams the most robust satellite or bonded cellular connection available at any given time and location worldwide.

[Via Satellite 11-04-2016] Israel Aerospace Industries’ (IAI) insurers will pay a sum of $196 million to Spacecom, which is the full amount paid to IAI for the construction and delivery of the Amos 6 satellite, which was destroyed in a SpaceX Falcon 9 rocket explosion during mission preparations Sept. 1. The sum will be paid directly into Spacecom’s bank account during the month of November.
Alongside this notice, IAI requested that Spacecom agree to delay this payment from the beginning of the month, as required under the contract, until Nov. 24. Spacecom acceded to this request. Following Spacecom’s receipt of the $196 million payment, the company and IAI will discuss the interest to be paid, as well.

Virgin Galactic Postpones 1st Glide Test with New SpaceShipTwo
Virgin Galactic has postponed the glide test portion of today's flightdue to strong winds. The VSS Unity has landed safely, and the company plans to announce a new test date soon. The space tourism company Virgin Galactic took to the air with its VSS Unity space plane today (Nov. 1) to attempt the craft's first glide flight.
Virgin Galactic representatives announced the test this morning. If weather permits, the SpaceShipTwo VSS Unity will be carried to drop altitude by its mothership, called the VMS EVE, and then released so that it can glide back to Earth and make a runway landing at the Mojave Air and Space Port in California. The VMS Eve took off at about 10:35 a.m. EDT (7:35 a.m. PDT/1435 GMT) from the Mojave spaceport. 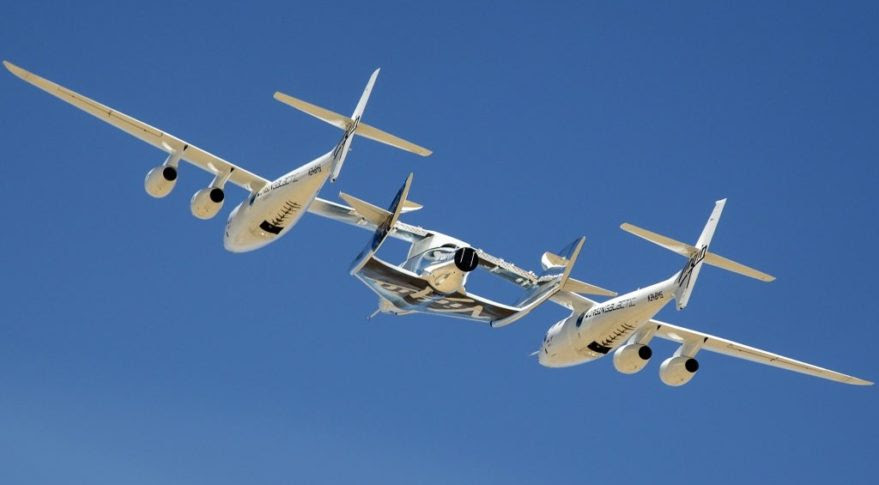