Hurricane damage at Florida launch facilities not as bad as feared

A powerful hurricane moving up Florida’s east coast Oct. 7 caused some damage to NASA, military and commercial facilities at Cape Canaveral, but far less than what some had feared prior to the storm’s arrival.
Hurricane Matthew had sustained winds of nearly 200 kilometers per hour when is passed just off the coast from Cape Canaveral on the morning of Oct. 7. The hurricane’s track kept the strongest part of the storm offshore, but weather stations in the area did report hurricane-force winds for several hours during the storm’s closest approach.
NASA’s Kennedy Space Center closed midday Oct. 5 as the hurricane approached, with only a small “rideout” crew in place at the center as the hurricane passed. By Oct. 8, a damage assessment crew had started initial checks of the center’s launch facilities and other buildings. 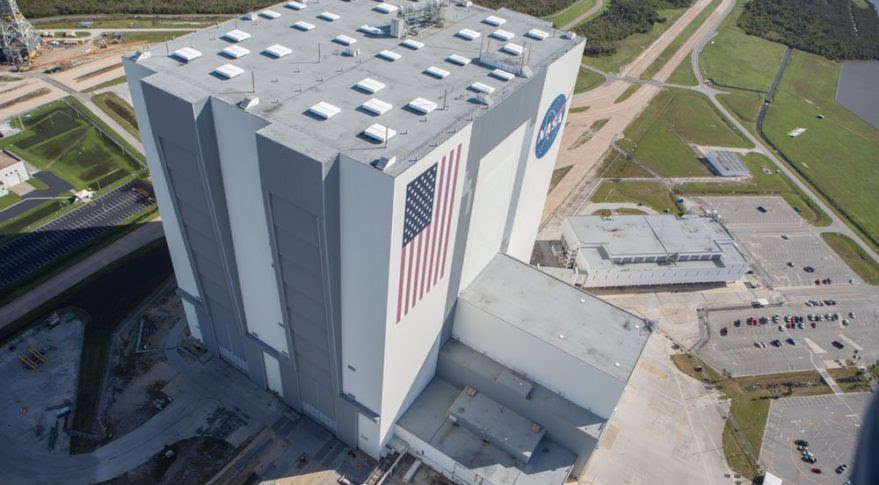 SpaceX is getting closer to finding the cause of a September pad explosion that destroyed a Falcon 9, and the company’s president remains confident the vehicle will return to flight later this year.
In an Oct. 9 speech at the annual meeting of the National Academy of Engineering here, SpaceX President Gwynne Shotwell suggested that the Sept. 1 accident prior to a planned static-fire test on the company’s Cape Canaveral, Florida, launch pad was not a flaw in the vehicle’s design.
“We’re homing in on what happened,” she said. “I think it’s going to point not to a vehicle issue or an engineering design issue but more of a business process issue.” 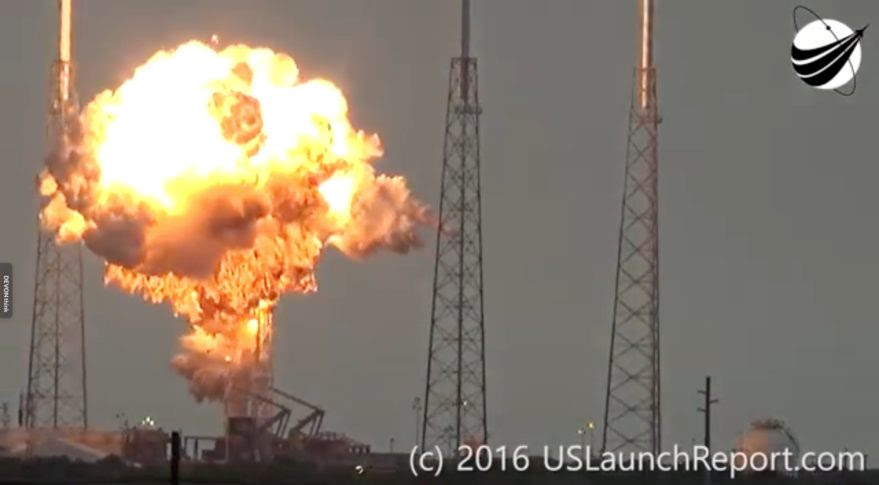 Despite concerns that aging spacecraft currently at Mars will fail in the next several years, NASA has yet to formally approve plans for any Mars missions beyond a 2020 rover, such as a new orbiter.
At a teleconference held by NASA’s Mars Exploration Program Analysis Group Oct. 6, Jim Watzin, director of the agency’s Mars Exploration Program, said he had made little progress on future missions beyond the Mars 2020 Rover mission, currently under development at the Jet Propulsion Laboratory.
“Somewhat disappointingly, we are still in a situation where we have no missions beyond 2020 on the books that are approved or budgeted,” he said. “It’s a difficult environment to get new missions into the program right now, and so we continue to work hard to try to build the advocacy necessary to get some missions.” 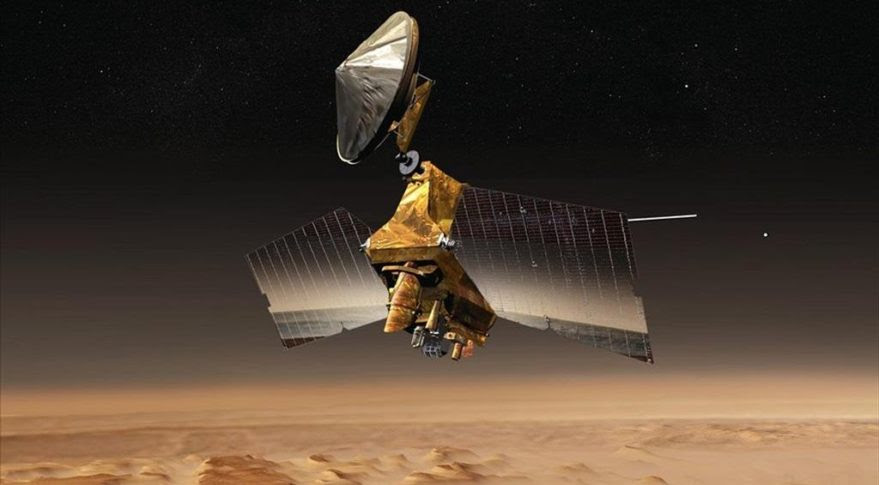 DigitalGlobe is working with the U.S. Air Force and United Launch Alliance (ULA) to identify a new launch date for its WorldView 4 satellite after California wildfires resulted in an unexpected delay. The Earth Observation (EO) company and partners are now targeting late October or early November for the launch.
Vandenberg Air Force Base, the launch site for WorldView 4, took damage during the wildfires last month. The military needs additional time to finish ongoing efforts to restore and test infrastructure at the facility.

Mitsubishi Heavy Industries (MHI) and the Japan Aerospace Exploration Agency (JAXA) have pushed back the sixth H-2 Transfer Vehicle (HTV-6) cargo mission to the International Space Station (ISS) to Dec. 9, Japan Standard Time (JST), after discovering a leak in the vehicle back in August. The company and space agency team discovered the leak during an air tightness test as part of preparations for a previously anticipated Oct. 1, launch. At the time, MHI and JAXA said they would “disband the HTV-6 module and take necessary measures,” to fix the leak.

General Dynamics Mission Systems-Canada has selected Newtecto supply MDM9000 satellite modems to the Canadian Department of National Defence(DND) for use in the Royal Canadian Air Force’s Aurora Incremental Modernization Project Block 4 upgrades.
The CP-140 Aurora is a long-range patrol aircraft the Royal Canadian Air Force operates for domestic and international defense missions. They are used in a wide variety of operations, including strategic airborne surface and subsurface missions, as well as maritime, overland Intelligence, Surveillance and Reconnaissance (ISR) and Search and Rescue (SAR) missions.

NASA and Orbital ATK have set a new launch date of Oct. 13 for the return to flight of the company’s Antares launch vehicle on a mission to the International Space Station, the organizations announced Oct. 4.
The launch of the Antares 230 rocket, carrying a Cygnus cargo spacecraft, is scheduled for 9:13 p.m. Eastern Oct. 13 from the Mid-Atlantic Regional Spaceport at Wallops Island, Virginia. The launch was previously scheduled for a window between Oct. 9 and 13.
Orbital ATK said in a statement that it set the launch date after completing a flight readiness review, but didn’t disclose why they were now targeting the end of the original window versus the beginning. One potential factor, regardless of the technical readiness of the launch vehicle and spacecraft, is the weather: forecasts project Hurricane Matthew will travel up the East Coast in the next several days, passing Wallops Island Oct. 8. 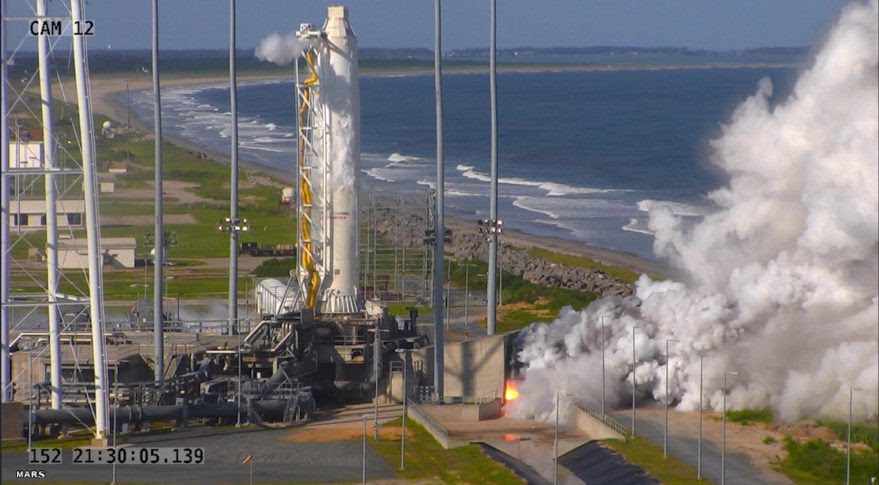 Blue Origin carried out a successful test of the abort system of its New Shepard suborbital vehicle Oct. 5, managing to safely land both the vehicle’s crew capsule and propulsion module.
The New Shepard vehicle lifted off from its test site in West Texas at 11:36 a.m. Eastern. The launch was delayed by more than a half-hour because of an unspecified problem with the vehicle discovered a little more than one minute before the original liftoff time, causing the countdown to hold and they recycle before restarting.
Approximately 45 seconds after liftoff, the vehicle’s crew capsule fired its solid-fuel abort motor, sending it away from the propulsion module. The capsule then descended under parachutes as it would on a typical flight after separating from the booster, landing four minutes and 15 seconds after liftoff. 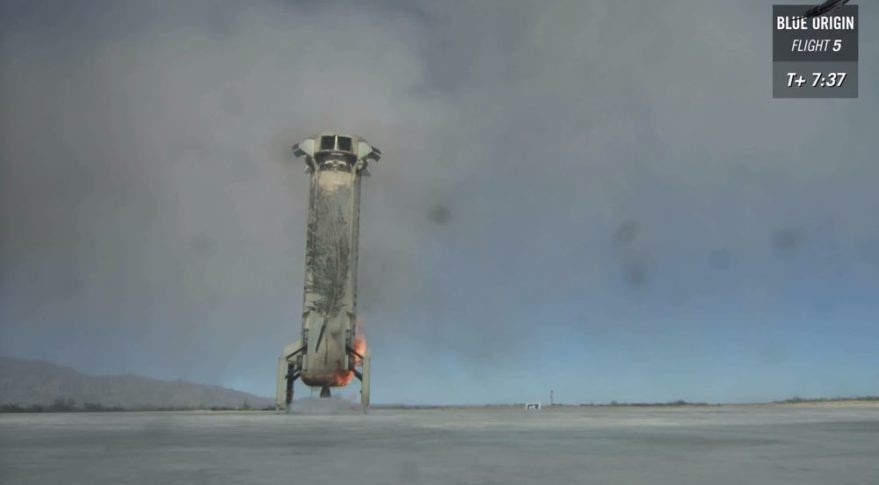 Stratolaunch Systems will use the giant aircraft the company is currently developing to launch Pegasus rockets from Orbital ATK as part of a “multi-year” partnership, the two companies announced Oct. 6.
Under the agreement, Orbital ATK will provide “multiple” Pegasus XL rockets, currently launched by its own Lockheed L-1011 aircraft, to Stratolaunch Systems, which will launch them from its own aircraft. An illustration released by Stratolaunch showed three Peagsus XL rockets suspended under the wing of the aircraft. 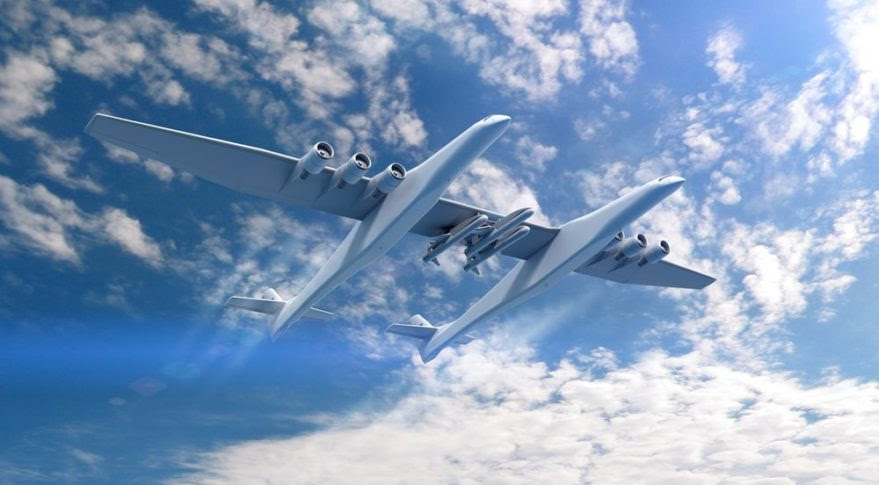 Europe’s Ariane 5 heavy-lift rocket on Oct. 5 successfully placed telecommunications satellites for Australia and India into geostationary-transfer orbit.
Both satellites were reported healthy in orbit by their builders.
Operating from the Guiana Space Center, a French overseas department on the northeast cost of South America, the Ariane 5 vehicle posted its 74th consecutive success, equaling the record of its predecessor, Ariane 4, which was retired in 2003. 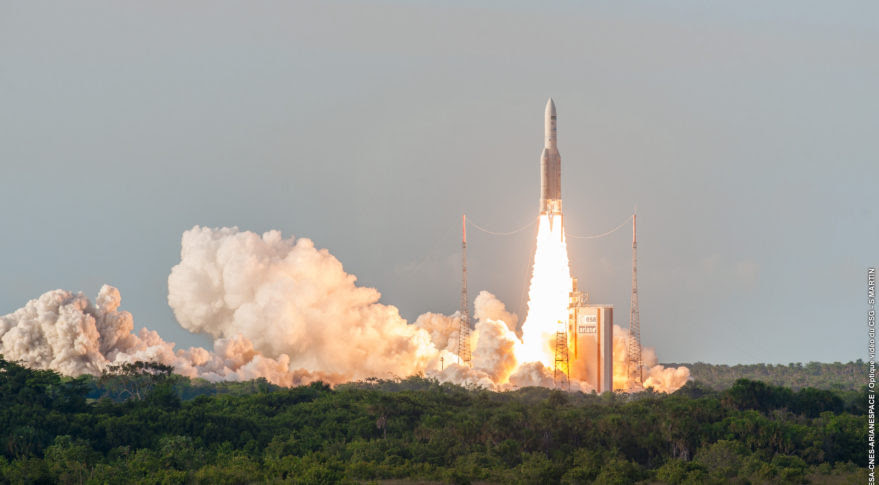