A SpaceX Falcon 9 rocket on Aug. 14 successfully placed the JCSat-16 commercial telecommunications satellite into geostationary transfer orbit and landed the rocket’s first stage on a drone ship in the Atlantic Ocean.
Satellite builder Space Systems Loral reported the satellite was healthy in orbit and sending signals after separation from the Falcon 9 some 33 minutes after launch from Cape Canaveral Air Force Station, Florida.
The launch appeared as a repeat of SpaceX’s May 4 liftoff of the JCSat-14 satellite, also owned by Sky Perfect JSat of Japan, which successfully landed the first stage. That stage has since been test-fired three times at SpaceX’s Texas facility as the company accumulates data on how its first stages perform after reentry and landing.

SpaceVR, a platform for creating cinematic, live, virtual space tourism, has signed a launch agreement with NanoRacks to send Overview 1, a virtual reality camera satellite, into space. Overview 1 will travel to the International Space Station aboard the SpaceX CRS-12 mission. The satellite will then be deployed into Low Earth Orbit from the NanoRacks CubeSat Deployer (NRCSD).
Overview 1, will use 4K sensors to capture extremely high resolution, fully immersive, 360-degree video of our planet. The content will be viewable on any virtual reality device, ranging from smartphones to Oculus Rift to extreme resolution devices such as the StarVR.

LOGAN, Utah — Deep Space Industries plans to launch a small satellite by the end of the decade to survey a near Earth asteroid, the next major step in the company’s long-term ambitions to mine asteroids for resources.
The company, based in Mountain View, California, announced its Prospector-1 mission Aug. 9. The 50-kilogram satellite is designed to visit an asteroid and look for deposits of water ice that could, in the future, be mined and used as propellant by other spacecraft.
“This is intended to be a very low cost first commercial mission to an asteroid,” said Grant Bonin, chief engineer of Deep Space Industries, in a presentation about Prospector-1 Aug. 9 during the 30th Annual Conference on Small Satellites at Utah State University here. 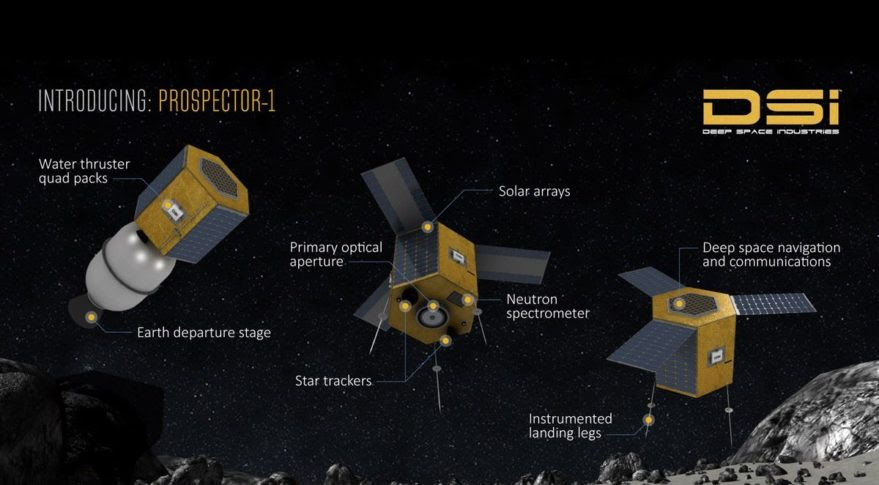 An amazing new video from the private company SpaceX captures incredibly detailed views of fired-up rocket engines as they blast into space and drop back down to Earth for a landing.
The new video shows high-speed footage of some of SpaceX's nighttime Falcon 9 rocket launches, and makes it possible for viewers to see details that are typically washed out in low-res footage. For example, while the column of fire spewed by a rocket engine typically appears as a bright white blur, the high-res video shows some of the texture and structure inside that fiery pillar.

LOGAN, Utah — NASA is casting a wider net in its search for designs of a habitat module that could support deep space missions, awarding contracts Aug. 9 to six companies for a new round of studies.
NASA awarded the contracts, with a combined value of $65 million, as part of its Next Space Technologies for Exploration Partnerships (NextSTEP) 2 program to develop concepts for habitats that could be used on missions in cislunar space and eventually to Mars. Each company is expected to contribute at least 30 percent of the total cost of the selected project.
In 2015, NASA awarded contracts to four companies in the original NextSTEP solicitation for habitat concepts: Bigelow Aerospace, Boeing, Lockheed Martin and Orbital ATK. Each of those companies won a NextSTEP-2 award as well, which will focus on refining those concepts and building module prototypes for ground testing. 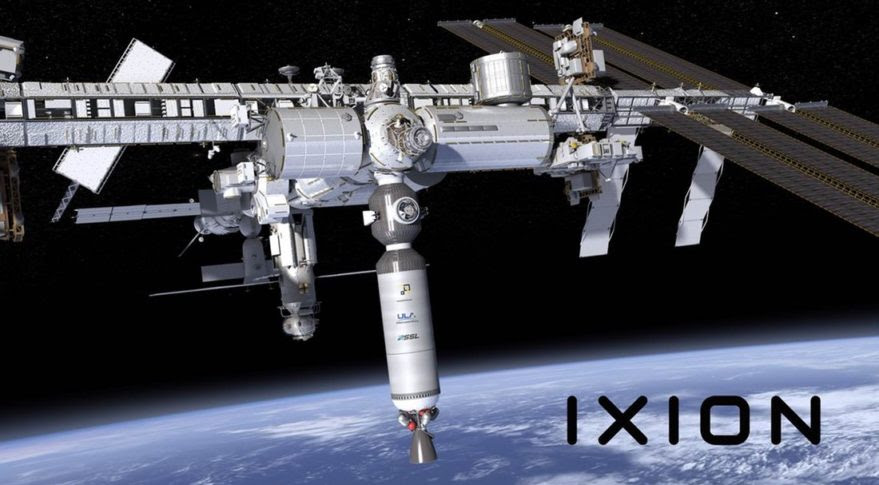 With multiple flights of its New Shepard vehicle under its belt, Blue Origin is appraising the research market for scientific and technological experiments that can be lofted to suborbital space.
Blue Origin is run by billionaire Amazon.com founder Jeff Bezos, who has adopted the motto "Gradatim Ferociter" — Latin for "step by step, ferociously" — for the Washington-based company. And those words are proving to be apt: Blue Origin's reusable New Shepard rocket system has flown to suborbital space five times to date, with the first liftoff coming in April 2015 and the latest occurring this past June.
The rocket is topped by a crew capsule that slips into suborbital space before both craft return to Earth in separate landings. The New Shepard booster lands vertically, using the same BE-3 engine that launched it; the six-passenger capsule returns to Earth under parachutes.

LOGAN, Utah — SpaceX, which retired its Falcon 1 small launch vehicle several years ago, believes it can more effectively serve the growing small satellite market through rideshare accommodations on its larger vehicles, the company’s president said Aug. 9.
In a keynote speech at the 30th Annual Conference on Small Satellites at Utah State University here, Gwynne Shotwell said the company was working with companies that aggregate secondary payloads, such as Seattle-based Spaceflight, to fly on the Falcon 9 and future Falcon Heavy launch vehicles.
“We really love and appreciate working with aggregators of small satellite missions,” she said. “We’ve got a brand-new agreement with Spaceflight for four additional flights over the next four or five years.” 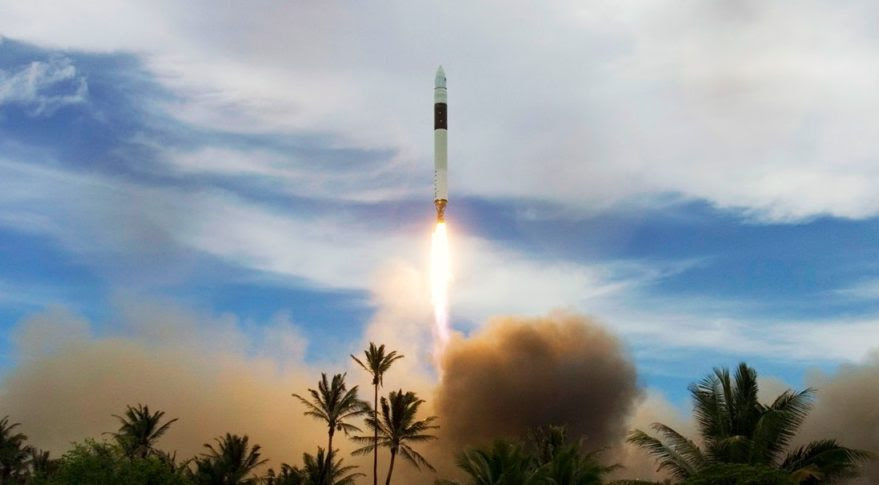 The Global VSAT Forum (GVF) and Intellian have launched an Intellian Specialist Certification program, including an initial course in terminal operation, GVF 562N, specifically for seafarers, in response to strong demand for satellite-based maritime connectivity. Follow-on courses, intended for field technicians, will cover stabilized platform installation and maintenance.
For maximum service availability, crew operators can now receive Intellian online certification training, enabling them to perform critical operational tasks after the installation technician has departed. In this way, Intellian will use the new course to support its partners throughout the world.

WASHINGTON – The U.S. Air Force is asking industry how it could head off  looming  gaps in the collection of high-priority weather data.
In a broad agency announcement released Aug. 3, the Air Force said it was looking for solutions to provide cloud characterization  and theater weather imagery by 2019.
In 2014, the Air Force examined potential gaps in space-based weather data. That study ranked cloud characterization, used for long-range strike operations, and theater weather imagery, used in forecasting and battlespace awareness, as the Pentagon’s top priorities. The Air Force foresees a gap in coverage in both areas around 2020. 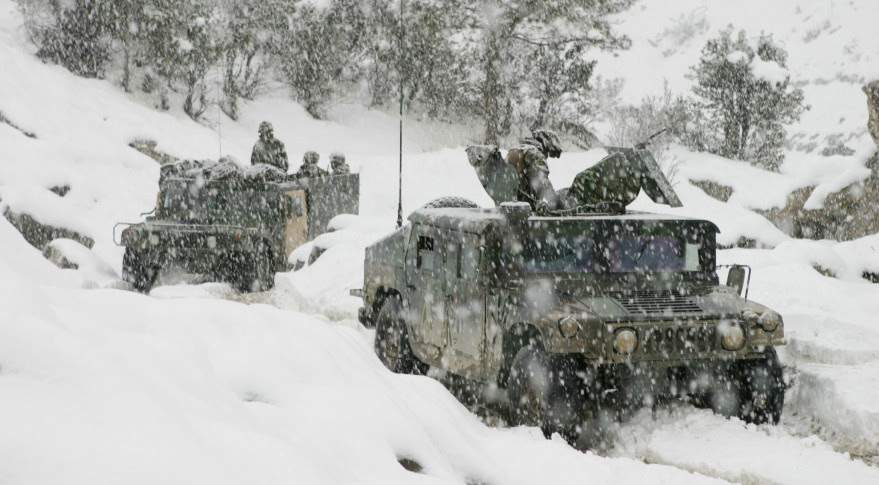