Satellite companies are adding their support to ViaSat's assertions made earlier this month when it expressed concern about proposals to effectively make new mobile wireless operators the "gatekeepers" over satellite users of the 28 GHz band, signaling continued turmoil between the terrestrial mobile and satellite industries.
Inmarsat, SES Americom and O3b Limited are all throwing their support behind the analysis that ViaSat outlined in its July 1 letter to the FCC, whereby it "conclusively demonstrates that terrestrial wireless interests have blatantly and repeatedly mischaracterized the Commission decisions on which FSS [fixed satellite service] operators have reasonably depended in developing and deploying satellite networks using 28 GHz spectrum," wrote Karis A. Hastings, counsel for SES and O3b, in a July 7 filing.

TOULOUSE, France – Satellite builder Thales Alenia Space and six partners are investing their own money, plus grants from the French government, into the Stratobus high-altitude platform station (HAPS) on the assumption that the development yields a contract in 2017, the program manager said.
The Stratobus backers are focusing only on Earth observations in the tropical regions for the moment, but expect to add telecommunications payloads once international regulators have authorized HAPS systems to operate in Ka-band.
Current International Telecommunication Union (ITU) rules limit HAPS systems to the Q- and V-bands for fixed services communications, between 47 and 48 GHz. These higher frequencies are not well suited to rainy conditions. 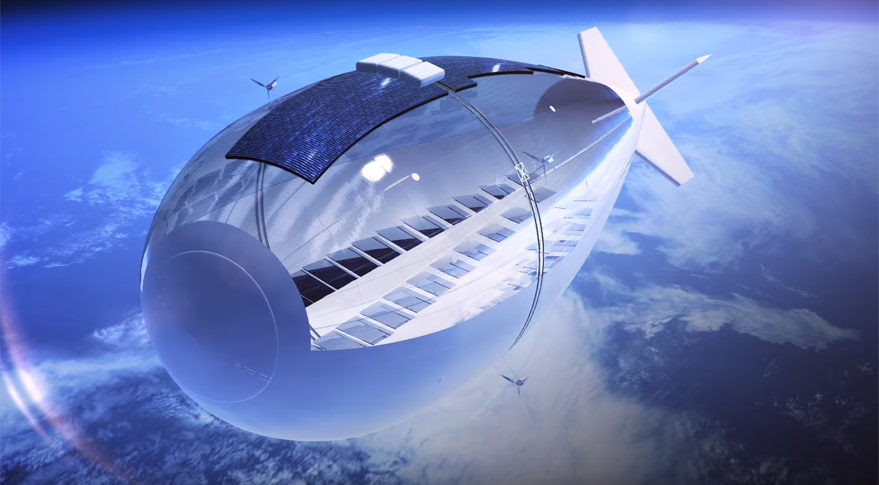 Kongsberg Norspace wins order with Airbus Defence and Space for state-of-the-art converters for two Inmarsat-6 satellites worth up to 300 MNOK
Kongsberg Norspace AS (KONGSBERG) has won a contract with Airbus Defence and Space for providing highly integrated L-band Pre and Post processors for the first two Inmarsat-6 satellites. The contract covers development and delivery of flight hardware with a value of 250 - 300 million NOK. The development is supported by ESA through the ARTES 3-4 program.
This contract comes six months after Inmarsat awarded Airbus Defence and Space a contract to build the first two mobile communications satellites for Inmarsat’s sixth-generation fleet. The spacecraft contain the Airbus Defence and Space developed new generation modular digital processor and will provide full routing flexibility over up to 8000 channels and dynamic power allocation to over 200 spot beams in L-band, in addition to a Ka-band co-payload. The SAW-based (Surface Acoustic Wave filters) L-band processors from KONGSBERG will provide the phase coherent down and up-conversion from L-band to the digital processor. 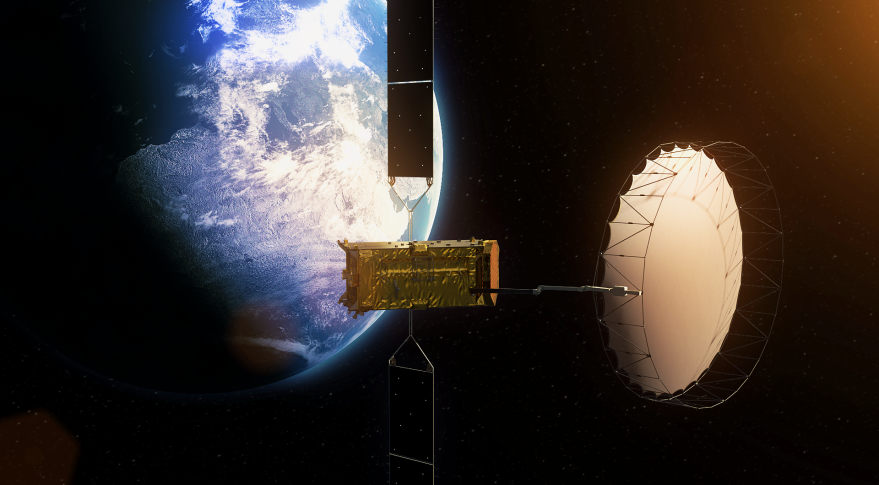 One year after kickoff, OneWeb says its 700-satellite constellation is on schedule

TOULOUSE, FRANCE – Satellite Internet startup OneWeb Satellites has completed the preliminary design review for its 700-satellite constellation and expects to have its entire satellite subcontractor team committed by by early August, Chief Operating Officer Eric de Saintignon said June 30.
The next step, he said, is a design-to-manufacture period to be followed by production of the first 10 pilot satellites, to be built at Airbus Defence and Space’s production facility here.
The 10 pilots will be launched aboard a Europeanized Russian Soyuz rocket in late 2017 and then tested in orbit before full-scale production of the remaining 890 satellites is committed.

Marlink has unveiled Smalltrack, a new compact location-based tracking device operating on the Iridium satellite network. The device can be used in any location without connecting to external power or antenna sources for tracking of personnel, equipment and vehicles.
With embedded battery and antennas, Smalltrack can operate on a single charge for a minimum of one week, with the ability to use external power and antennas if required. The device has manual rescue buttons, automatic alarms based on embedded shock sensors and geo-fencing functions, and comes with a web-based monitoring and management platform to provide deep control of users, devices and data. 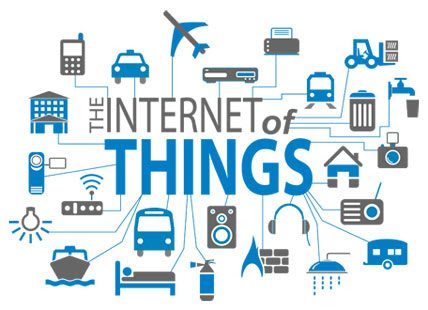 Charity organization World Vision International operates in more than 50 countries around the world, providing support for a multitude of humanitarian efforts ranging from combating disease and malnutrition to addressing refugee crises and improving access to education. With efforts in a diverse range of countries and geographies, the nonprofit relies on satellite communications to facilitate programs in hard to reach areas.
Anthony Kimani, IT and business analyst, humanitarian technologies, World Vision International, told Via Satellite that the organization primarily uses VSATs in established office locations that do not have other means of internet access. World Vision also uses portable satellite phones and Broadband Global Area Network (BGAN) modems for voice and data communication.
“It is vitally important that our staff are able to communicate, and to be able to access and share information,” he said. “If an office is located in a location without other reliable means of data communication, we would install a VSAT. Secondly, satellite phones are critical in locations without reliable means of secure voice communication,” he said.

Counting more than 3,600 SmallSats expected to launch over the next 10 years, research firm Euroconsult anticipates the manufacturing and launch market value of SmallSats will total $22 billion from now until 2025. This value constitutes a 76 percent increase over that of the 2006 to 2015 time frame, according to the firm’s “Prospects for the Small Satellite Market” report.
“Earth observation is expected to exhibit the strongest growth in terms of units launched; over 2,100 satellites are anticipated from 2016 to 2025. Four companies plan to launch more than 1,400 satellites during this period alone: Planet, Spire Global, BlackSky and Satellogic,” said Adam Keith, managing director of Euroconsult Canada and editor of the report. “Satellite communication SmallSats will also increase significantly to nearly 800 during the same period of time (discounting SpaceX‘s Steam constellation). There are six constellations foreseen, however OneWeb makes up the bulk of these units.”

SES exercised its call option on July 1 to acquire the remaining shares and warrants of O3b Networks, having received all of the necessary regulatory approvals. The other O3b shareholders have agreed to accept the SES offer. Non-tendering warrant holders will be cashed out, paving the way for the transaction to close on Aug. 1, 2016, according to company expectations.
SES will pay $730 million to directly increase its fully diluted ownership of O3b from 49.1 percent to 100 percent using proceeds from the company’s recent equity raising. On completion, SES will consolidate $1.2 billion of O3b net debt and will, following completion, refinance a significant proportion of the most expensive debt facilities using the proceeds secured by the recent hybrid bond issuance and the remaining proceeds from the equity raising. According to the company, this move will significantly reduce O3b average cost of debt of 9.5 percent; SES’ current average cost of financing is approximately 4 percent. 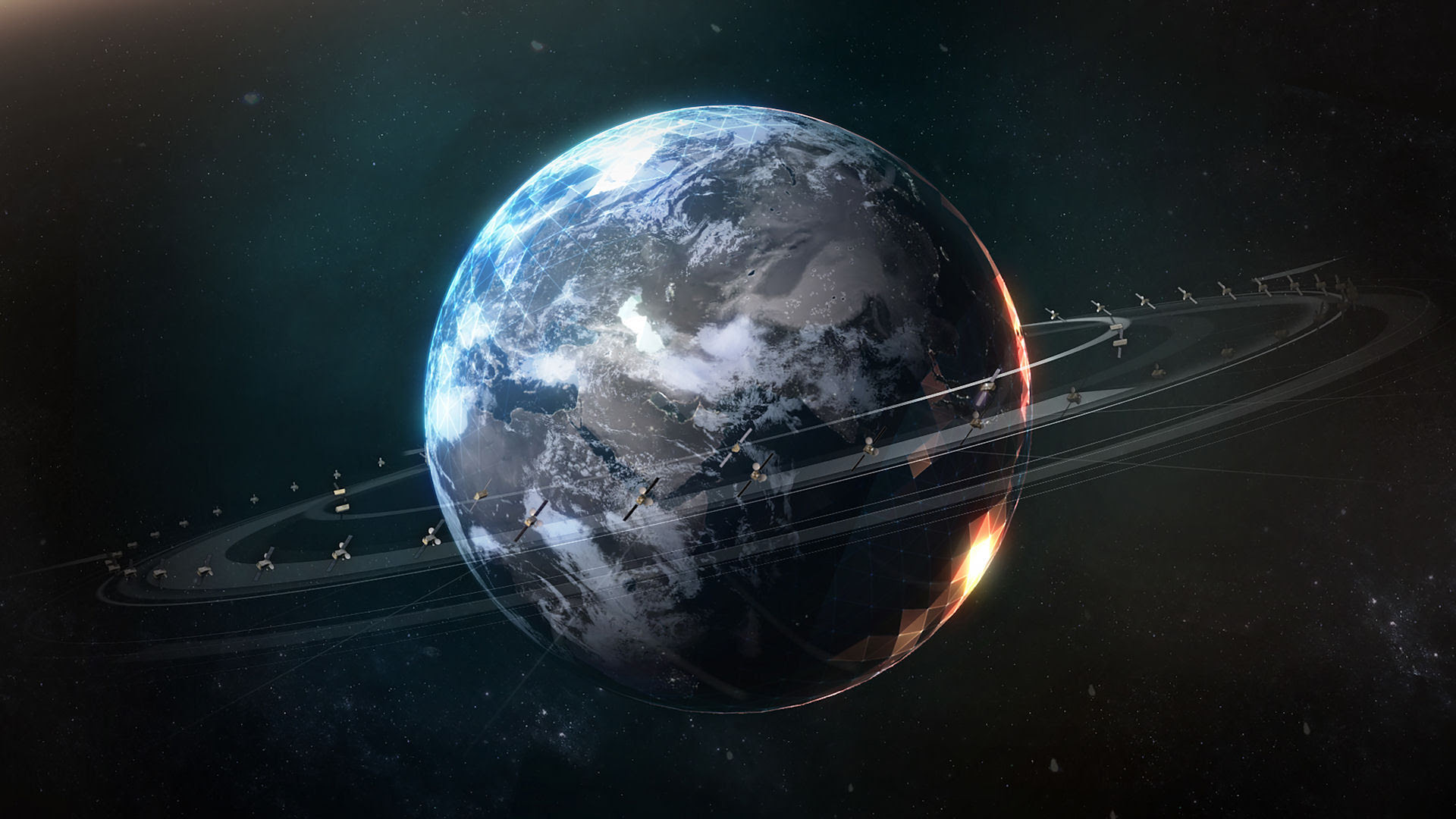