CAPE CANAVERAL — Good weather for launching a rocket is forecast for Cape Canaveral and the Space Coast on Thursday morning when a United Launch Alliance Atlas 5 is scheduled to take flight.
Meteorologists with the 45th Weather Squadron at the Cape give 80 percent odds of acceptable conditions for the launch at 8:37 a.m. EDT (1237 GMT).
“On launch day, mid-level dry air remains over Central Florida resulting in favorable weather conditions,” Air Force meteorologists said today. “There will be a slight chance of a coastal shower and weak southerly wind flow with gusts in the 10 to 12 knot range during the window. The primary concern for launch is cumulus clouds.” 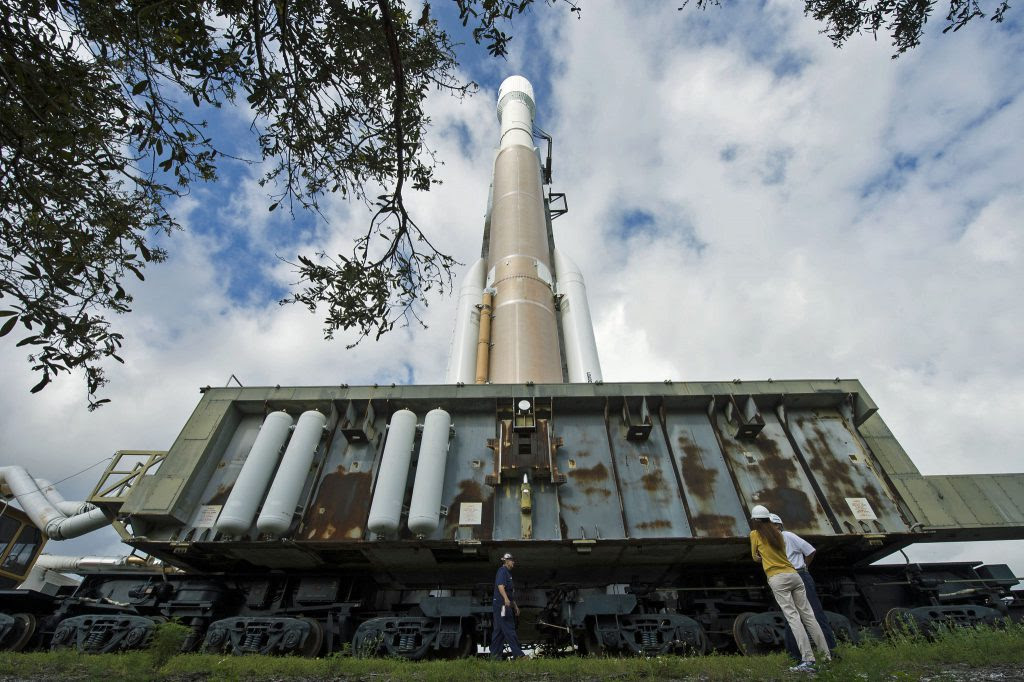 An estimated 3.9 billion people — more than half of the global population, remain cut off from Information and Communication Technology (ICT), according to the International Telecommunications Union’s (ITU) “ICT Facts & Figures 2016” report.
The study finds developing countries now account for the vast majority of internet users, with 2.5 billion users compared with 1 billion in developed countries.
Internet penetration, however, stands at 81 percent in developed countries, compared with 40 percent in developing countries and 15 percent in the Least Developed Countries (LDC). Furthermore, despite falling prices for ICT services, the study finds mobile broadband growth is slowing.

Thales Alenia Space has completed the construction, integration and associated sub-system tests of Inmarsat’s Europasat satellite for the European Aviation Network (EAN) In-Flight Connectivity (IFC) solution. The manufacturer finished the satellite on schedule following an extensive two-year build process in Toulouse and Cannes, France. The satellite is now undergoing rigorous system end-to-end testing before it is declared ready for flight in 2017.
Europasat is half of a joint satellite between Inmarsat and Hellas Sat, with Hellas-Sat’s payload, Hellas Sat 3, carrying 44 Ku-band transponders plus one for Ka-band. Along with the space segment, EAN also leverages an Air-to-Ground (ATG) network across the European Union (EU). Inmarsat partner Deutsche Telekom will operate the ATG LTE network of approximately 300 towers. The satellite has been custom-designed to provide Mobile Satellite Services (MSS) to aircraft flying over dense European routes, exploiting Inmarsat’s 30MHz (2 x 15MHz) S-band spectrum allocation in all 28 EU member states, plus Norway and Switzerland. Aircraft will switch automatically between satellite and terrestrial connectivity using an on–board network communicator.

WASHINGTON — As NASA’s next flagship Mars mission, the Mars 2020 rover, moves into its next phase of development, agency officials say the mission will cost $2.1 billion, more than originally estimated for a mission that they argue will also be more capable than first planned.
NASA announced July 15 that the Mars 2020 mission passed a development milestone known as Key Decision Point C (KDP-C), allowing the mission to proceed into Phase C design and development work. The rover is scheduled for launch in mid-2020 and land on Mars in February 2021.
The rover’s primary mission will be to collect rock and soil samples for eventual return to Earth. “The Mars 2020 rover is the first step in a potential multi-mission campaign to return carefully selected and sealed samples of Martian rocks and soil to Earth,” said Geoff Yoder, NASA’s acting associate administrator for science, in a statement. 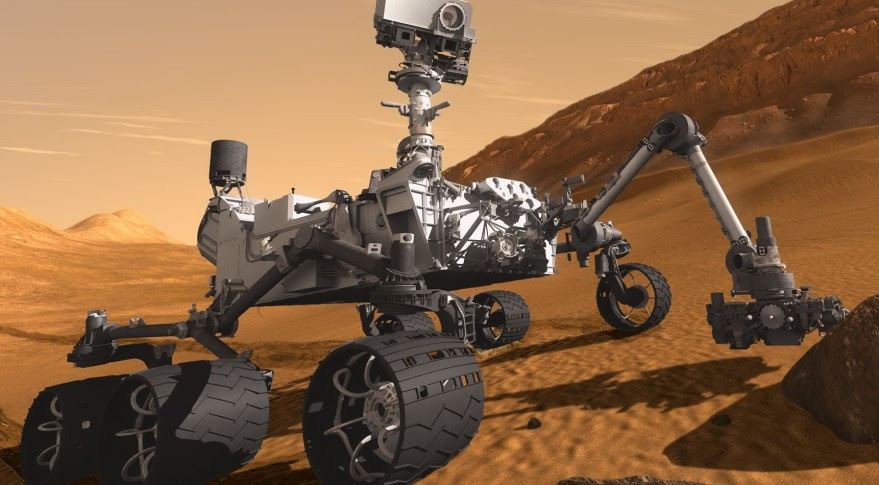 Euroconsult projects 20 countries will invest in their first space program by 2025, with the total number of Emerging Space Programs (ESPs) reaching 47 by the same year. The research firm identified 24 countries as ESPs in 2015 having launched a total of 69 satellites in the last 20 years, based on its recent “Trends and Prospects for Emerging Space Programs” report. As satellite technology has become more accessible and affordable, the number of countries investing in their first satellite system has increased dramatically. Last year set an all-time record with nine satellites launched, by the research firm’s count.
Euroconsult has developed a metric called the ESP Index that seeks to model the probability for a new country to invest in a satellite system. The ESP Index is based on a three-part process consisting of data gathering, analysis, and ranking of 148 countries. 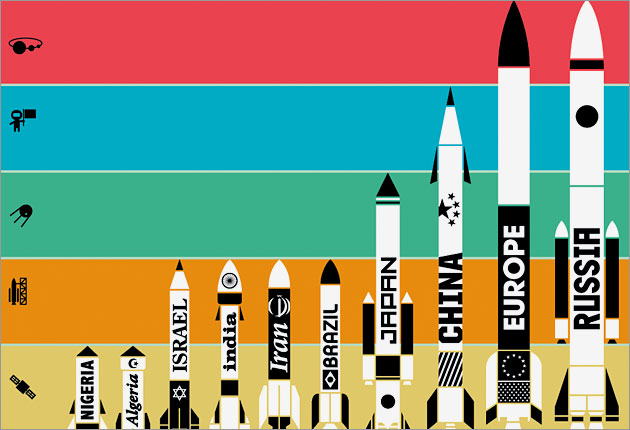 PARIS – Facebook on July 21 said the first flight of its full-scale Aquila solar-powered aircraft designed for regional internet connectivity was a success, lasting longer than expected despite an unspecified “structural failure” just before landing.
The 96-minute flight, conducted in Yuma, Arizona, confirmed the validity of Aquila’s structural design and avionics, Facebook said. But the company cautioned that many months of testing – at higher speeds and altitudes, and for longer durations – would be necessary before Aquila can move into industrial-scale production.
“We will push Aquila to the limits in a lengthy series of tests in the coming months and years,” Jay Parikh, Facebook’s global head of engineering and infrastructure, said in a statement published July 21 – more than three weeks after the June 28 flight. He said the structural failure, which he did not detail, was still be analyzed. 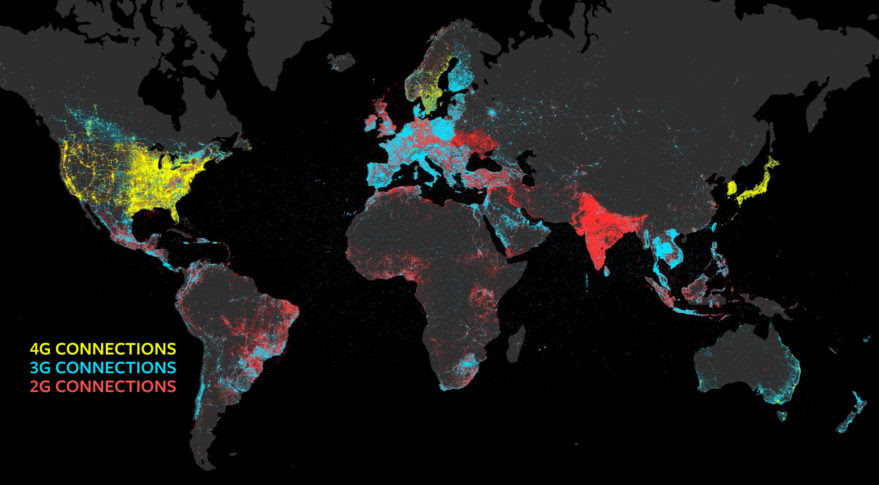 CAPE CANAVERAL, Fla. — A SpaceX Falcon 9 successfully lifted off early July 18 and placed a Dragon cargo spacecraft in orbit, while the vehicle’s first stage landed on land.
The Falcon 9 lifted off on schedule at 12:45 a.m. Eastern July 18 after a routine countdown. The vehicle placed the Dragon spacecraft into orbit nine and half minutes after liftoff.
The first stage, after stage separation, made a series of three burns to return to Cape Canaveral, landing on a pad at the former Launch Complex 13, a decommissioned launch site at Cape Canaveral now known as Landing Zone 1 by the company. The landing was a success, with video showing the first stage standing upright on the pad after landing, about eight minutes after liftoff.
“It’s exciting to have Dragon back in orbit,” said Joel Montalbano, NASA ISS deputy program manager for utilization, at a post-launch press conference at the Kennedy Space Center. “It’s a great day for SpaceX. It’s a great day for NASA.” 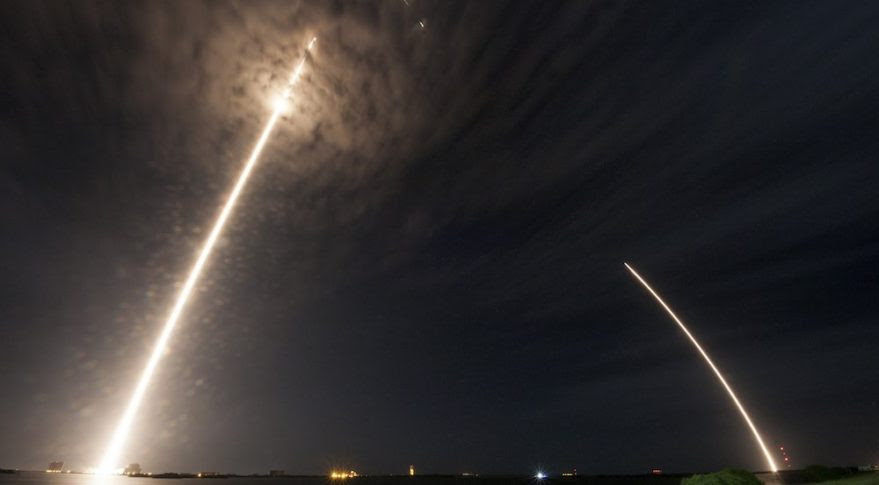 Satellite sector mulls how to live with FCC’s 5G decision

PARIS – The U.S. regulatory decision that denied protected status to satellite systems that have been investing in Ka-band spectrum, and cast doubt about the viability for satellite systems of other slices radio spectrum, has been met with a curiously muted response by the satellite sector.
The same companies that before the July 14 decision had invested heavily in high-powered legal talent to urge the U.S. Federal Communications Commission (FCC) to reverse its course had surprisingly little to say once the ruling was announced.
Several industry officials said they would need time to study the implications of the complex ruling, designed to open spectrum above 24 gigahertz to next-generation, or 5G, wireless broadband services.