China on Sunday hoisted the final piece into position on what will be the world’s largest radio telescope, which it will use to explore space and help in the hunt for extraterrestrial life, state media said.
The Five-hundred-meter Aperture Spherical Telescope, or FAST, is the size of 30 football fields and has been hewed out of a mountain in the poor southwestern province of Guizhou.
Scientists will now start debugging and trials of the telescope, Zheng Xiaonian, deputy head of the National Astronomical Observation under the Chinese Academy of Sciences, which built the telescope, told the official Xinhua news agency.
“The project has the potential to search for more strange objects to better understand the origin of the universe and boost the global hunt for extraterrestrial life,” the report paraphrased Zheng as saying.

WASHINGTON — NASA’s Juno spacecraft, on a mission to study Jupiter’s interior and its magnetic field, successfully entered orbit around the planet late July 4 after completing a critical maneuver.
Juno fired its main engine as planned at 11:18 p.m. Eastern time July 4, slowing down the spacecraft as it made a close approach to Jupiter. The engine shut down 35 minutes later, within one second of its planned duration, placing the spacecraft into a 53-day orbit around the planet.
“We have the tone for burn cutoff on delta-v,” mission control at NASA’s Jet Propulsion Laboratory announced to cheers as they received telemetry from the spacecraft that the engine had shut down at the end of its burn. “Welcome to Jupiter.”

The first telemedicine expedition to the mountain K2 is underway, after successful trials in the Himalayas in March. The WiCis-Sports app, running on Thuraya’s SatSleeve+, will monitor the #K2Adventure16 Madison Mountaineering trip.
The #K2Adventure16 project began June 12, and is set to reach the summit in mid-August. Garrett Madison is leading the team of 10, accompanied by porters from Pakistan and Sherpas from Nepal. One of the most remote places on Earth, with only 46 permits issued in 2016, K2 is the second highest and arguably the world’s most intimidating mountain. 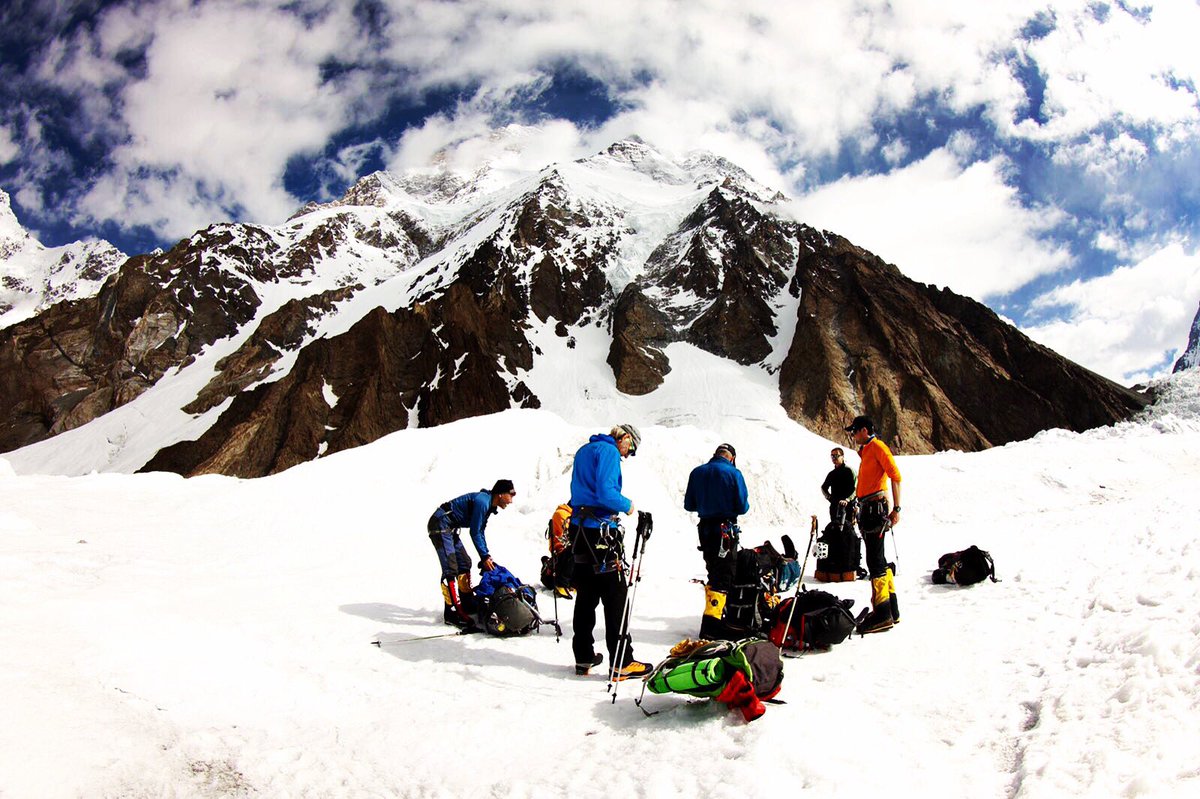 WASHINGTON — A successful two-minute test of a five-segment solid rocket booster June 28 is the final development milestone for the shuttle-derived boosters before their use on the first flight of the Space Launch System.
The test, known as Qualification Motor 2 (QM-2), demonstrated the booster’s performance when cooled to approximately 5 degrees Celsius, the lower end of its range of operating temperatures. NASA swiftly declared that the booster firing, conducted at an Orbital ATK test site near Promontory, Utah, was a success.
“It’s not just a test firing, it’s really a qualification motor test firing, which fits into a sequence that essentially says this design is ready to go fly,” said Bill Gerstenmaier, NASA associate administrator for human exploration and operations, in a media teleconference an hour after the test.

ARLINGTON, Virginia – The Canadian military wants to build a new constellation that would provide 24-hour satellite communications for the Arctic region as early as 2023, one of the country’s top space officers said June 29.
The program would likely include at least two satellites in an elliptical orbit and could cost about $2.4 billion Canadian dollars, said Col. Jeff Dooling, director of space requirements for the Canadian Department for National Defence.
Canada’s Arctic region is often underserved by weather and communications satellites but that area has become a priority for government officials with the advent of climate change, new shipping routes and an increased military presence in the area. 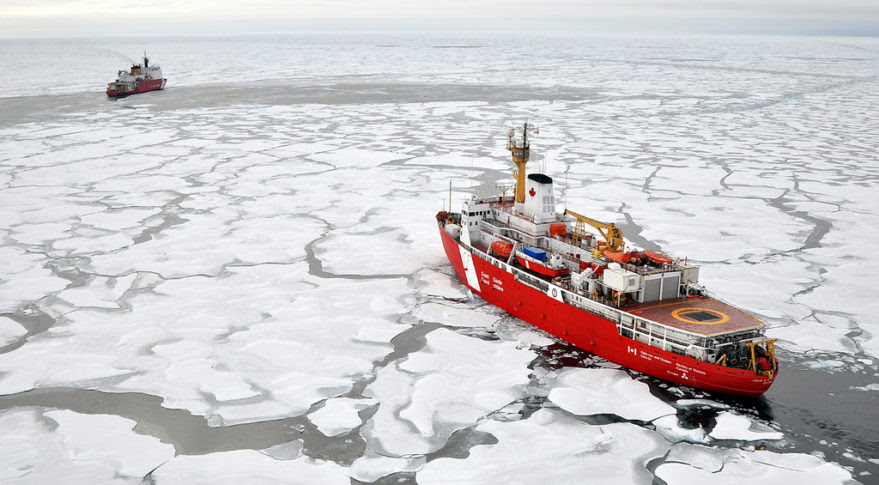 Sierra Nevada Corp. says it’s working with the U.N. Office for Outer Space Affairs on an arrangement that would give countries around the world the opportunity to fly payloads into orbit and back on the company’s Dream Chaser space plane.
“Beyond the commerce, this represents the global reason and the holistic reason why space is important to us,” Mark Sirangelo, corporate vice president for SNC’s Space Systems business area, told GeekWire today.
A memorandum of understanding with the U.N. office, known by the acronym UNOOSA, was signed last week, Sirangelo said. The pact is meant to lead to a detailed agreement under which UNOOSA and SNC would facilitate affordable access to space for U.N. member states.

WASHINGTON – The Defense Advanced Research Projects Agency could award contracts worth as much as $21.5 million for industry to develop new software systems meant to improve how the Defense Department visualizes and responds to threats in space.
The contracts are the first part of a DARPA program called Hallmark, which, in the past year, has become one of the agency’s top space priorities. The agency requested $28 million for the program in its 2017 budget.
The Defense Department is already working on a similar effort for the Air Force’s primary space operations nerve center, the Joint Space Operations Center at California’s Vandenberg Air Force Base. That program, known as the JSpOC Mission System Increment 3, would provide a battle management system to help the Air Force prepare for threats to its satellites and bolster the Defense Department’s monitoring, planning, and tasking of events in space. 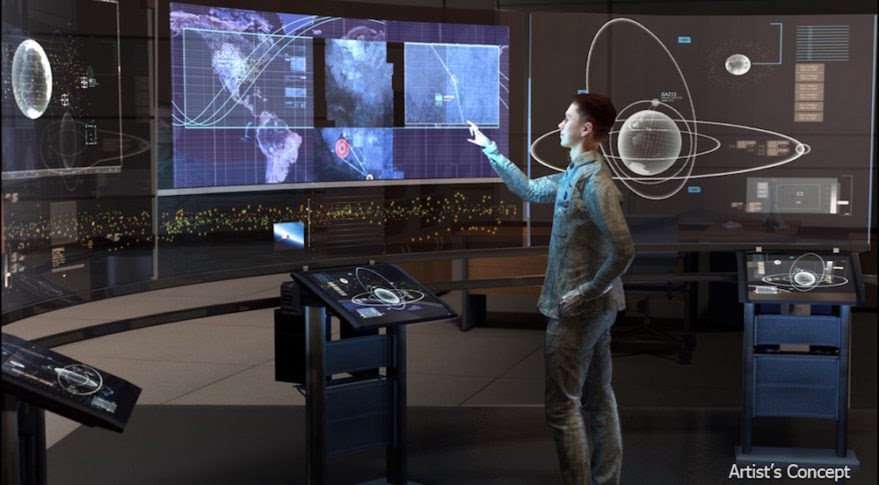 Hispasat is providing satellite connectivity to the organizers of Ruta BBVA 2016 — a cultural exchange program designed to strengthen the ties between young Spaniards and Latin Americans of the Iberoamerican Community of Nations — which begins its trip tomorrow. Ruta BBVA 2016 participants will be travelling through Mexico to visit important archeological sites of the Mayan civilization, as well as to learn about some of the social policies that address major problems currently faced by Yucatan society.
There, Hispasat will provide the organization and journalists with broadband internet access via satellite and IP telephone service, allowing them to broadcast information and transmit radio and video signals from Mexico.

GX Aviation Certified for Airbus A320

The European Aviation Safety Agency (EASA) has certified Inmarsat’s Global Xpress (GX) Aviation In-Flight Connectivity (IFC) service for the Airbus A320 aircraft family. The satellite service provider sees the certification as bringing GX one step closer to being available as a linefit or retrofit option on every major Airbus and Boeing airframe.
The Supplemental Type Certificate (STC) authorizes GX Aviation’s Ka-band antenna to be installed on Airbus A319, A320 and A321 aircraft, which form the backbone for around half of the world’s aircraft fleets. In total, more than 6,500 Airbus A320 family aircraft are currently in operation, representing more than three quarters of the overall Airbus aircraft currently being flown worldwide.