Norwegian satellite operator Telenor Satellite is launching its Thor 7 Ka-band communications service in maritime markets following a lengthy testing period. Telenor chief executive Morten Tengs confirmed that beta testing of the regional service on more than 20 vessels had shown satisfaction and reliability levels were good enough to launch the service commercially.
Thor 7 provides high throughput broadband over the seas around Europe, including the Mediterranean, Norwegian, Baltic, Barents and North Seas. It also offers spot beam coverage on Ka-band over the Black Sea, Caspian and in the Middle East.

This is what it looks like when a rocket blazes down out of a pitch-black sky and makes a pinpoint landing on a ship at sea.
On Friday (May 6), SpaceX brought the first stage of its Falcon 9 rocket down softly on a robotic ship called "Of Course I Still Love You," which was stationed a few hundred miles off the Florida coast in the Atlantic Ocean. Three cameras aboard the "droneship" were rolling at the time, and you can see what they captured in this video of the epic nighttime rocket landing.
The touchdown came during SpaceX's launch of the communications satellite JCSAT-14 from Cape Canaveral Air Force Station in Florida. The Falcon 9 sent JCSAT-14 to geostationary transfer orbit, 22,236 miles (35,786 kilometers) from Earth.

Eutelsat and Facebook have selected Hughes to supply its Jupiter system as the technology platform for the satellite broadband services that both companies are preparing to launch in Sub-Saharan Africa. The Jupiter System, which Eutelsat purchased, includes three gateway stations, two centralized data centers, a comprehensive network management system and an initial number of user terminals.
Facebook and Eutelsat are assembling a dedicated infrastructure for cost-effective broadband to areas of Sub-Saharan Africa beyond reach of fixed and mobile terrestrial networks. The companies plan to use high-gain Ka-band spot beam capacity on Spacecom’s Amos 6 satellite, which is due to enter service in early 2017.

RigNet, Inc. a leading global provider of digital technology solutions focusing on serving energy facilities, maritime vessels and other global remote locations, announces its launch of Global Xpress (GX) services based on Inmarsat’s globally available, Ka-band, high-throughput satellite (HTS) network.
In 2013, RigNet was selected as Inmarsat’s preferred partner to launch Global Xpress into the oil and gas industry. Global Xpress is the first Ka-Band satellite network from a single operator to deliver a global footprint that supports increased data rates and global mobility, at affordable price points. Whether onshore or offshore, the network architecture allows the use of small footprint antennas that save deck space at a remote location. The GX design simplifies the remote installation process and decreases the time for deployment, while providing consistency in the hardware for ease of sparing and maintenance.

Gilat Satcom has integrated new cybersecurity technology to protect its satellite and fiber customers from Distributed Denial of Service (DDoS) attacks. According to the company, DDoS attacks on African networks are on the rise, with Internet Service Providers (ISPs), cellular companies, banks and IT companies under near-constant attack. If successful, these attacks can make websites and servers unavailable to legitimate users as well as block both local and international links.
Gilat Satcom is implementing new security measures to protect customers from these attacks. For now, the company’s new security measures are provided as a value-added service with no additional costs for its customers.

WASHINGTON — Boeing has delayed the first crewed flight of its CST-100 Starliner commercial crew vehicle until early 2018, later than NASA’s original deadline, because of a series of technical issues and new requirements that the company argues are typical for an aerospace development program.
The current development schedule, Boeing spokeswoman Rebecca Regan said May 12, calls for a pad abort test of the spacecraft’s launch abort system in October 2017. That will be followed by an uncrewed orbital test flight of the spacecraft in December 2017. A crewed flight, carrying one NASA astronaut and one Boeing test pilot to the International Space Station, is now scheduled for February 2018. 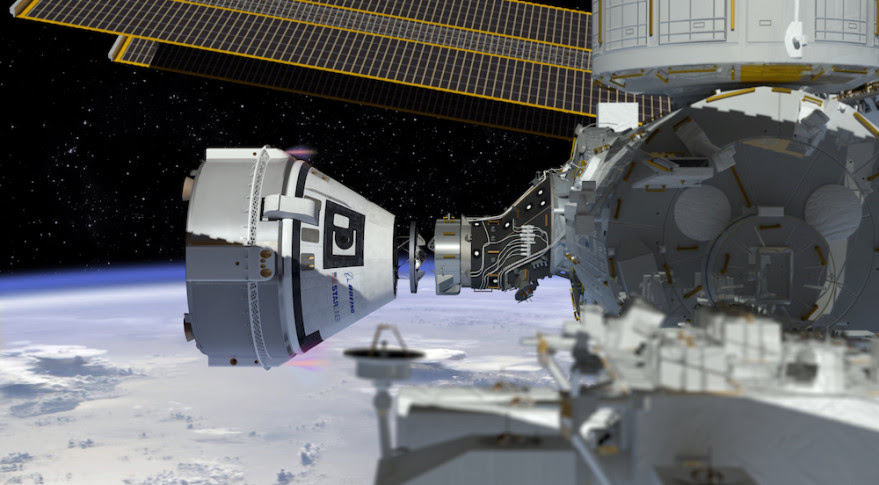 PRAGUE – European Space Agency Director-General Johann-Dietrich Woerner on May 9 expressed frustration with the equipment delays that forced a two-year slip in the launch of Europe’s ExoMars rover vehicle and said he would not write a blank check to keep the mission alive.
Addressing a briefing here, where he was attending ESA’s Living Planet Earth observation symposium, Woerner said he still did not fully understand why the project could not make its 2018 launch date. He wondered whether it is possible to have those responsible for the delay finance part of its cost.
“I was not only surprised, I was frustrated with this delay, which was for technical reasons on both the European and Russian sides,” Woerner said, adding that at first he did not accept it. 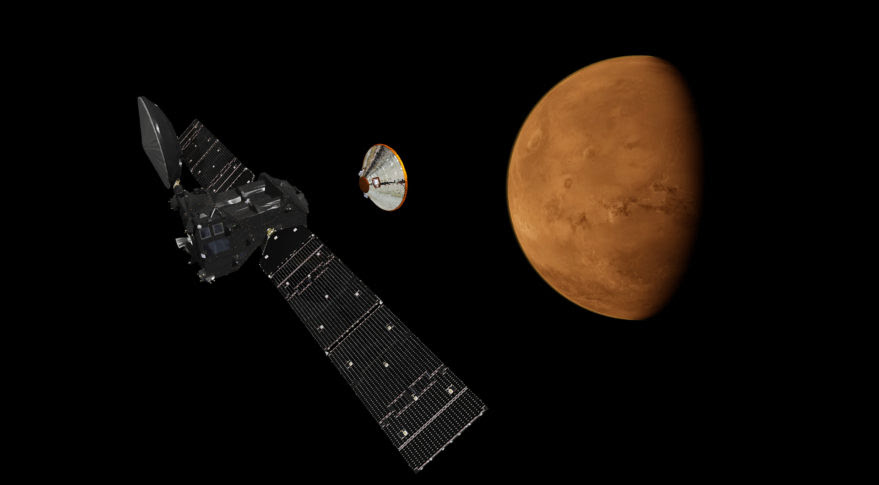 WASHINGTON — NASA’s Kepler spacecraft has suffered no long-term effects from an anomaly last month that threatened the mission, and the spacecraft should be able to operate for at least two more years, the mission’s manager said May 10.
At a press conference to announce new exoplanet discoveries in data collected by the spacecraft, mission manager Charlie Sobeck said the spacecraft had fully recovered from an “emergency mode” in April that disrupted science observations for more than two weeks.
“It looks at though it was a transient event,” he said of the incident that triggered the emergency mode April 7. “We don’t see that the spacecraft is operating any differently today than it operated before the emergency mode.” 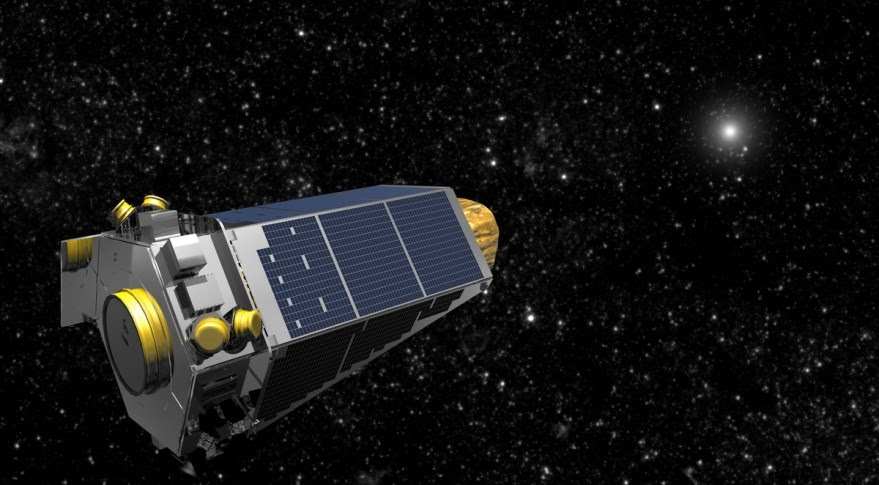 WASHINGTON – A sensor aboard one of the U.S. Air Force’s two primary weather satellites has been providing researchers with unreliable sea ice measurements for more than a month, according to the civilian-run National Snow & Ice Data Center.
The Boulder, Colorado-based research center, which is funded by NASA, NOAA and the National Science Foundation, has not updated its index of arctic-wide changes in sea ice since the passive microwave sensor onboard the Air Force’s 10-year-old Defense Meteorological Program-17 (DMSP-17) satellite began returning “spurious” data in early April. 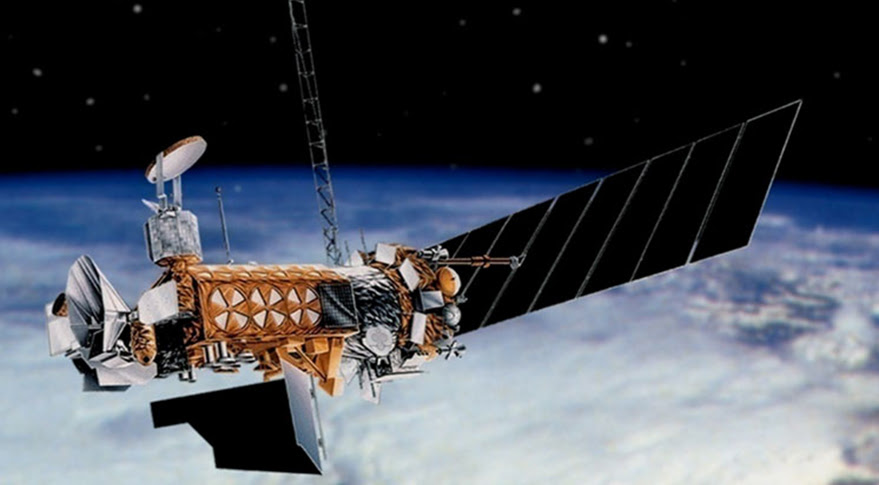