1st-Gen Iridium NEXT Constellation in Good Health, New Satellites Launch in July
Iridium Communications (Nasdaq: IRDM) will proceed with the planned July launch of the first 10 satellites in its second-generation Iridium NEXT constellation, ExecutiveBiz reported Monday.
Space News reported Friday that the initial launch aboard a SpaceXFalcon 9 rocket will be followed by six other 10-satellite launches through late 2017.
Iridium CEO Matt Desch has said in a call with investors that the company completed a recent review of its existing constellation in space and found it to be in good health even beyond its original retirement date.

Airbus Defence and Space will lead team to prevent collisions with space debris
Airbus Defence and Space, the world’s second largest space company, will lead the project TeSeR (Technology for Self-Removal of Spacecraft) team to develop technology to reduce the risk of spacecraft colliding with debris in space.
Together with its ten European partners, the company will develop a prototype for a cost-efficient and highly reliable module to ensure that future spacecraft don’t present a collision risk once they reach the end of their nominal operational lifetimes or suffer an in-service failure. The module may also function as a removal back-up in the case of a loss of control over a spacecraft.
Airbus Defence and Space will act as the coordinator of the consortium and will be responsible for project management, technical coordination and the development of innovative attitude control systems.

SpaceX launches JCSat-14 and sticks another water landing
PARIS — SpaceX’s Falcon 9 rocket on May 6 successfully placed Sky Perfect JSat’s JCSat-14 commercial telecommunications satellite into transfer orbit, with the rocket’s first stage landing gracefully on a drone ship in the Atlantic Ocean.
JCSat-14 manufacturer SSL of Palo Alto, California, confirmed that the satellite was healthy in geostationary transfer orbit and sending signals. SSL declined to confirm whether the final launch mass had changed from previous estimates of around 4,700 kilograms.
It was the second consecutive drone-ship touchdown by the rocket’s first stage and was accomplished despite what SpaceX officials had said were particularly challenging conditions due to the velocity necessary for the launch. The previous successful drone-ship landing, performed in April, was done following a launch of SpaceX’s Dragon capsule into low Earth orbit. 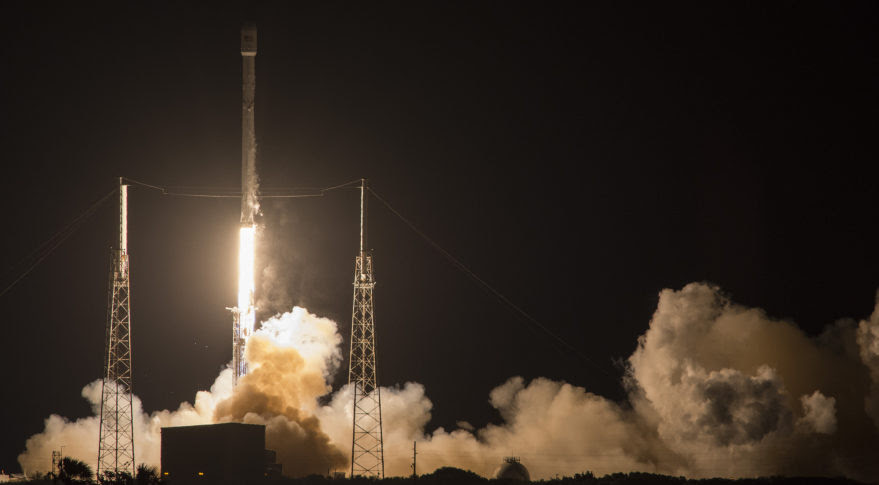 Described as a marine game-changer, a paradigm moment in shipping and, quite literally, rocket science, the official launch of Inmarsat's Fleet Xpress (FX) service in London yesterday will change the face of commercial shipping over the next few years.
Not just commercial shipping, in fact, but potentially the offshore, fishing, leisure and workboat sectors too. This was the main message from senior Inmarsat executives as they revealed how the new service will work.
Inmarsat Maritime President, Ronald Spithout, said that everyone now wants connectivity everywhere, including at sea, both for business efficiency but also for crew welfare. He predicted an eight-fold increase in marine data traffic between now and 2020. Experts have warned repeatedly that ship connectivity will become increasingly important in the crew recruitment and retention process in the years ahead.

Orbital targets July for 1st flight of redesigned Antares rocket
PARIS—Satellite and rocket builder Orbital ATK on May 5 said its re-engined Antares medium-lift launch vehicle likely would make its first flight in July and would be nicely profitable for Orbital even if it wins no other customers beyond its current NASA space station resupply business.
Dulles, Virginia-based Orbital has enough NASA station-resupply work to assure two or three Antares launches per year well into the next decade and the company expects to widen its customer set once the redesigned Antares has proven itself.
But even in a worst-case scenario in which Antares is used only for the NASA work, it will be a good business for Orbital. 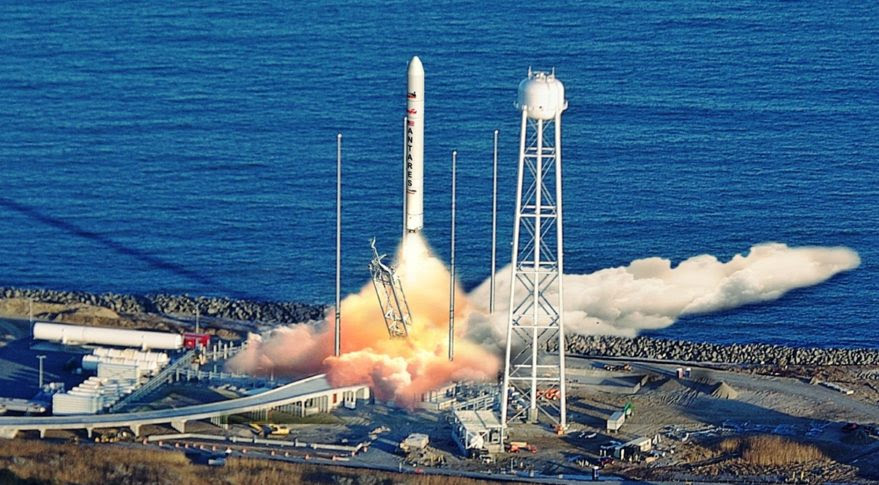 Inmarsat is planning to launch a cyber security service as the first application on its new Fleet Xpress satellite communications solution for shipping. The London-based company has been working with Singapore Telecommunications (Singtel) to develop a specialised application for reducing the risk of cyber attacks on ships.
The solution will use Singtel Trustwave’s Unified Threat Management (UTM) technology over Inmarsat’s combined Global Xpress and FleetBroadband service. Trustwave has developed a suite of cyber security defences, such as advanced firewalls, antivirus, intrusion preventors and web filters for other sectors.
Inmarsat Maritime president Ronald Spithout said the shipping industry needs to take action against cyber threats with solutions such as UTM. He added: “Cyber security is very important for shipping. In future months we will provide cyber security for vessels with Fleet Xpress as an optional application. With Fleet Xpress and applications we are redefining communications at sea.”

Save the Children International, a charity organization that sends humanitarian response teams to natural disaster and emergency sites, has used Paradigm’s test facility to train key field personnel in satellite and radio communications. A small group of international team members from the charity spent a week at the company’s facility in Alton, Hampshire in the U.K. last month to learn how to set up and deploy satellite communications equipment.
Save the Children International teams leverage satellite communications during their trips to coordinate responses, safety and security. Over the next year, the Non-Governmental Organization (NGO) will be training technicians in the skills they will need to provide communications and connectivity in an emergency response setting.

Globalstar reported $21.8 million in total revenue for the first quarter of 2016, up 4 percent from first quarter 2015’s $21 million. The company attributed the increase to higher service revenue resulting from 6 percent growth in its ending subscriber base, offset partially by a decrease in revenue generated from equipment sales.
The continued shift to a larger percentage of revenue from service revenue, which has a higher margin, and away from equipment sales revenue, is contributing to increasing Earnings Before Interest, Taxes, Depreciation and Amortization (EBITDA), according to Globastar. The company’s Adjusted EBITDA increased 58 percent to $4.9 million from $3.1 million for the quarters ended March 31, 2016 and 2015, respectively.