COMSAT, Inc., a leading operator of customized and secure end-to-end satellite communication services to the U.S. government and Inmarsat (LSE:ISAT.L), the leading provider of global mobile satellite communication services, have been supporting U.S. and Republic of the Philippines forces in the Balikatan 2016 (BK16) exercise, which took place in the Philippines, April 4 to 16. COMSAT, a value-added reseller of Inmarsat’s Global Xpress services, worked with U.S. Marine Corps Forces Pacific (MARFORPAC), who organized and managed the exercise, to integrate Global Xpress into the scenarios for BK16. The Global Xpress service was provided via a Cobham 5075 terminal which was deployed with the U.S. Marine Corps.
Balikatan is an annual military exercise between U.S. joint forces and the Armed Forces of the Philippines (AFP) with multinational participants such as Australia. The BK16 exercise focused on a variety of missions to include humanitarian assistance, maritime law enforcement, and environmental protection. During this exercise, U.S. forces conducted humanitarian civil assistance projects with the AFP throughout the Philippine archipelago. 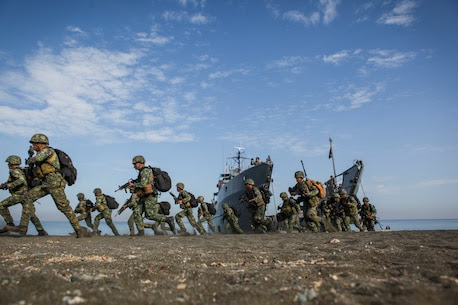 PARIS– The European Space Agency on May 20 produced a radar satellite image of a 2-kilometer-long oil slick in the eastern Mediterranean Sea that ESA officials say could be from the missing EgyptAir MS804, which disappeared on May 19.
Egyptian military authorities on May 20 said they had found what they believed to be pieces of the plane.
ESA said it had provided investigating authorities with the image, taken at 16h GMT May 19. The image, from the Sentinel-1A radar Earth observation satellite, was shot in extra-wide swath mode of 400 kilometers in width, with horizontal polarization. The slick is located at 33°32′ N / 29°13′ E, or some  40 kilometers southeast of the location of the aircraft after its last signal. 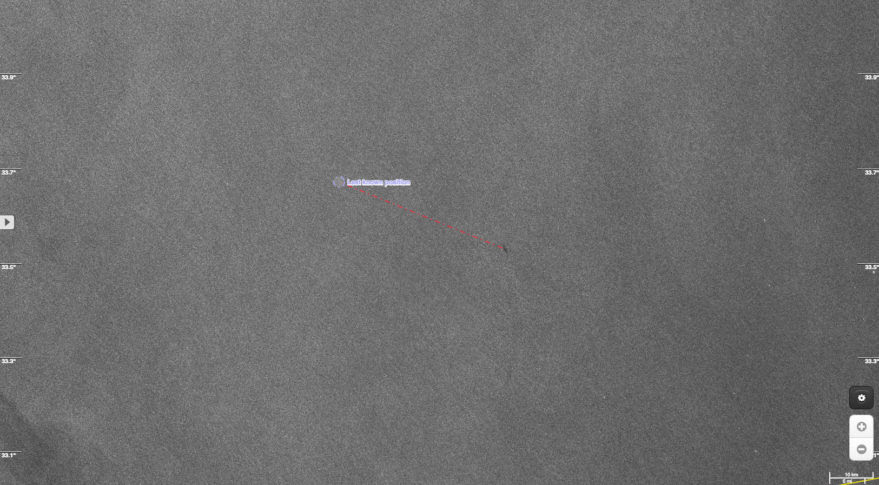 As of 21 March 2016, the Wideye iSavi terminal from AddValue Technologies has been made available for use with our BGAN service, on both pre-pay and post-pay plans. This means that the iSavi, the most lightweight and portable terminal, is now available for use over BGAN.
The terminal will support full access to data speeds of up to 384kbps for background IP data, making the terminal a perfect solution for remote access to corporate networks, email, and general broadband connectivity. However, the iSavi will not currently support any streaming services.
To enable an iSavi terminal for BGAN use, the terminal must be updated to the latest firmware version, R01.1.0, which can be downloaded here.

Shares of satellite communications veteran Globalstar soared more than 20% higher on Monday morning, adding to a 35% lift on Friday afternoon. Together, these moves add up to a 57% surge over two days.
According to a press release from Globalstar, the FCC is about to approve the company's proposed terrestrial low-power service, or TLPS. Located in the radio spectrum space between the highest Wi-Fi channel and Globalstar's satellite networks, TLPS would add two more channels to existing Wi-Fi networks. Furthermore, Globalstar would then be able to build out its own land-based wireless network, using the TLPS spectrum and conventional wireless towers.
The TLPS plan was proposed more than three years ago. Globalstar share prices have increased more than sixfold since that original petition.

As defunct and uncontrolled spacecraft continue to present a threat to in-service satellites Airbus Defense & Space, alongside 10 European partners, will lead a $3.1 million project to remove space debris from orbit. The Technology for Self-Removal of Spacecraft (TeSeR) program, led by Airbus and with funding from the European Commission, will carry out a two-year project for the initial research for the development of a prototype of a “cost-efficient but highly-reliable” removal module. The planned module aims to ensure the disposal of future spacecraft at the end of their nominal operational lifetime and could also function as a removal back-up in the event of loss of control of the spacecraft.

The Satellite Applications Catapult and Innovate UK have commissioned Scotland-based small satellite manufacturer Clyde Space to build four CubeSats for a $2.2 million project. The CubeSats are part of a new pilot program for offering quick, regular and more affordable access to space, and are to launch from the International Space Station (ISS) for In-Orbit Demonstration (IOD) of technical and business propositions that have a high projected return on investment. Catapult will use the satellites to offer flight-proven CubeSat platforms and regular launch opportunities from the ISS.

The International Space Station (ISS) completed its 100,000th orbit on May 16, NASA announced yesterday. The orbiting research platform has travelled more than 4.2 billion kilometers (2.6 billion miles) while circling the planet — a distance almost equivalent to the space between Earth and Neptune (4.7 billion kilometers, or 2.9 billion miles), or 10 round trips from Mars to Earth.

The World Teleport Association (WTA) has released a new research report titled “The Internet of Things Opportunity for Teleports” that finds large potential for future revenues coming from the Internet of Things (IoT). According to the report, major factors for teleport operators and satellite companies included things like how standard-architecture and High Throughput Satellite (HTS) systems will play in that network, as well as how they must adapt their facilities, operations and staff to generate IoT-based revenues.

ViaSat challenges Gogo’s 2Ku in the battle for Chicago

PARIS—Satellite broadband hardware and service provider ViaSat Inc. on May 18 laid out what it sees as multibillion-dollar markets in aeronautical and maritime connectivity and sought anew to persuade investors that its satellites deliver substantially more bandwidth for the buck than competitors’ spacecraft.
Taking fresh aim at the company’s biggest aeronautical connectivity competitor, Gogo Inc. of Chicago, ViaSat Chief Executive Mark D. Dankberg said Gogo’s new 2Ku modem, which Gogo claims is the state of the art and offers 70 megabits per second to a given aircraft, will be gasping for air in densely populated airspace over airports. 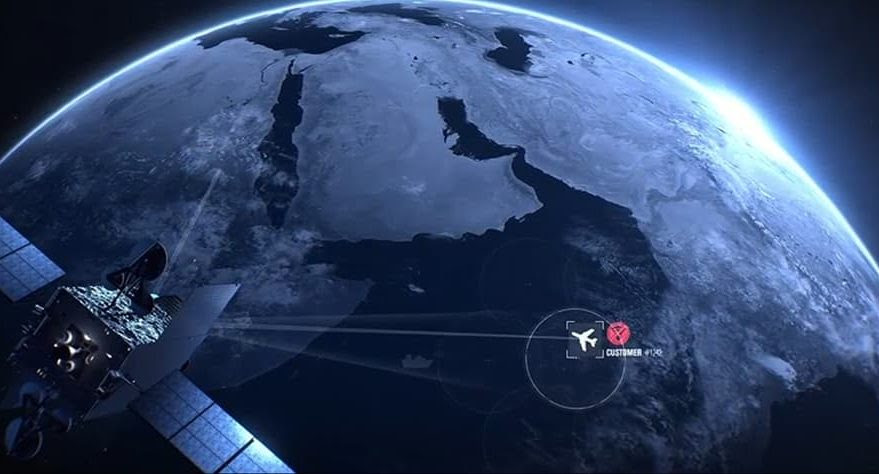 To land communications traffic from the recently relocated Skynet 5A satellite, Airbus Defence and Space has opened a new purpose-built ground station in Adelaide, Australia. The Australian facility extends an existing chain of teleports in France, Germany, Norway, the United Kingdom and the United States, providing global coverage in both fixed and mobile satellite services.
Skynet supports military satcom operations across the globe, especially in remote areas with little or no communication infrastructure, and in mid-ocean, distanced from land and shipping lanes. Airbus Defence and Space completed the move of the Skynet 5A military communications satellite to 95 degrees east over the Asia Pacific region in September 2015. The Skynet network now offers global military coverage, expanding core service reach for the U.K. military and augmenting coalition capabilities in the region.