SpaceX’s success in launching and landing a Falcon 9 rocket Friday is elevating the company’s confidence that it will recover more boosters going forward. SpaceX is now planning a test campaign around the recovered first stage with intentions of flying it again on a commercial mission later this year.
The April 8 Commercial Resupply Services 8 (CRS-8) mission for NASA sent the Dragon spacecraft with 7,000lbs  (about 3,200Kg) of cargo, including the Bigelow Expandable Activity Module (BEAM), on its way to the International Space Station (ISS). The Falcon 9’s first stage then landed on the barge-turned-ship “Of Course I Still Love You” in the Atlantic Ocean later that afternoon. Dragon reached the ISS on April 10, where crew bolted the spacecraft onto the station’s Harmony module. 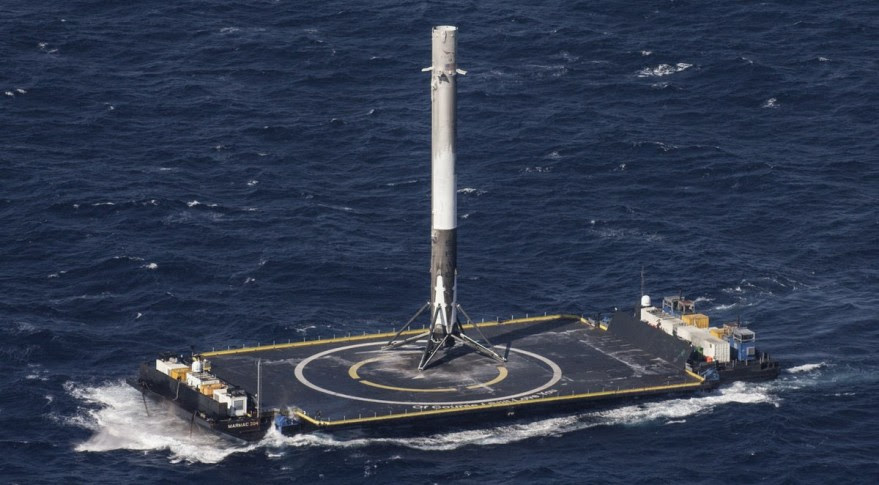 Could Satellite Messaging Startup Higher Ground Bring Down the 911 System?

Higher Ground might be the only Silicon Valley startup promising not to disrupt its entire industry. This small satellite messaging business is battling claims by telecoms companies that its SatPaq device could interfere with their services, interrupt life-saving emergency calls and even cause major outages across the United States.
IEEE Spectrum can reveal that for the past several years, Higher Ground has been quietly developing SatPaq, a smartphone case with a flip-up antenna that communicates with geostationary satellites. Connecting to a smartphone messaging app via Bluetooth, SatPaq can send and receive text messages and email almost anywhere in the United States, including the wilds of Alaska.

WASHINGTON – United Launch Alliance announced April 8 that it has indefinitely delayed the next launch of its Atlas 5 rocket after the most recent launch of a Cygnus cargo spacecraft included a premature shutdown of the first stage engine.
ULA had planned to use its workhorse Atlas 5 rocket to launch a U.S. Navy narrowband communications satellite May 5. But during the March 22 launch of the OA-6 mission, used to deliver cargo to the International Space Station, the Atlas 5’s first stage engine shut down six seconds early, requiring the upper stage to fire more than a minute longer than planned to place the spacecraft into the proper orbit.
ULA officials said March 27 they would push back the launch of their next Atlas 5 mission, known as Mobile User Objective System-5, by at least a week to no earlier than May 12. 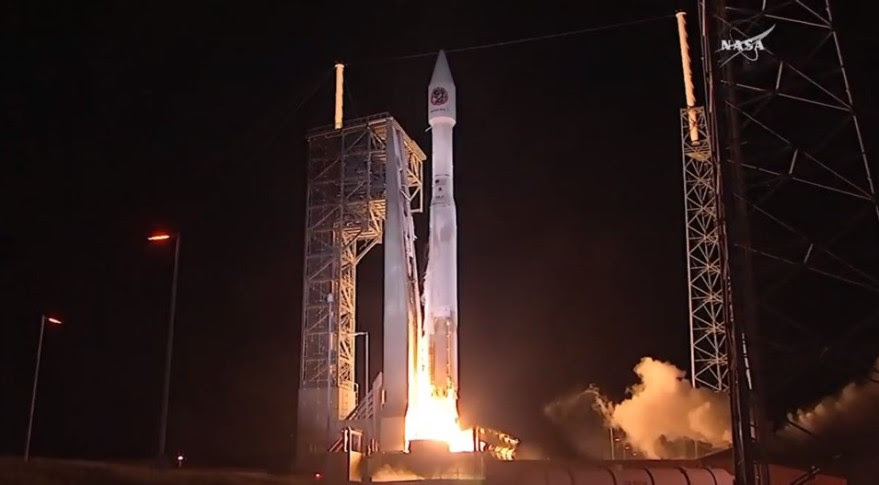 Life Over Earth: Astronaut's 'Most Incredible' Space Station Experiences | Video
ESA astronaut Tim Peake, currently aboard the International Space Station, gives an update on the amazing sights he's seen during his stay. Also, he explains how he's been adapting to living in Space and calls his spacewalk the "most incredible experience" of his life.

PARIS — Satellite fleet operator SES on April 7 said it was ready to invest in satellite in-orbit refueling and in-orbit payload swaps in addition to its previously stated willingness to be the first customer to use a refurbished SpaceX Falcon 9 first stage for a launch.
In its annual report to investors, released after Luxembourg-based SES’s annual shareholder meeting, the company presented itself as pushing the envelope of new rocket and satellite technologies even as it keeps focused on the bottom line and increases its dividend.
The shareholders approved a 10 percent dividend increase, giving the stock 5 percent return based on its closing price on April 7. 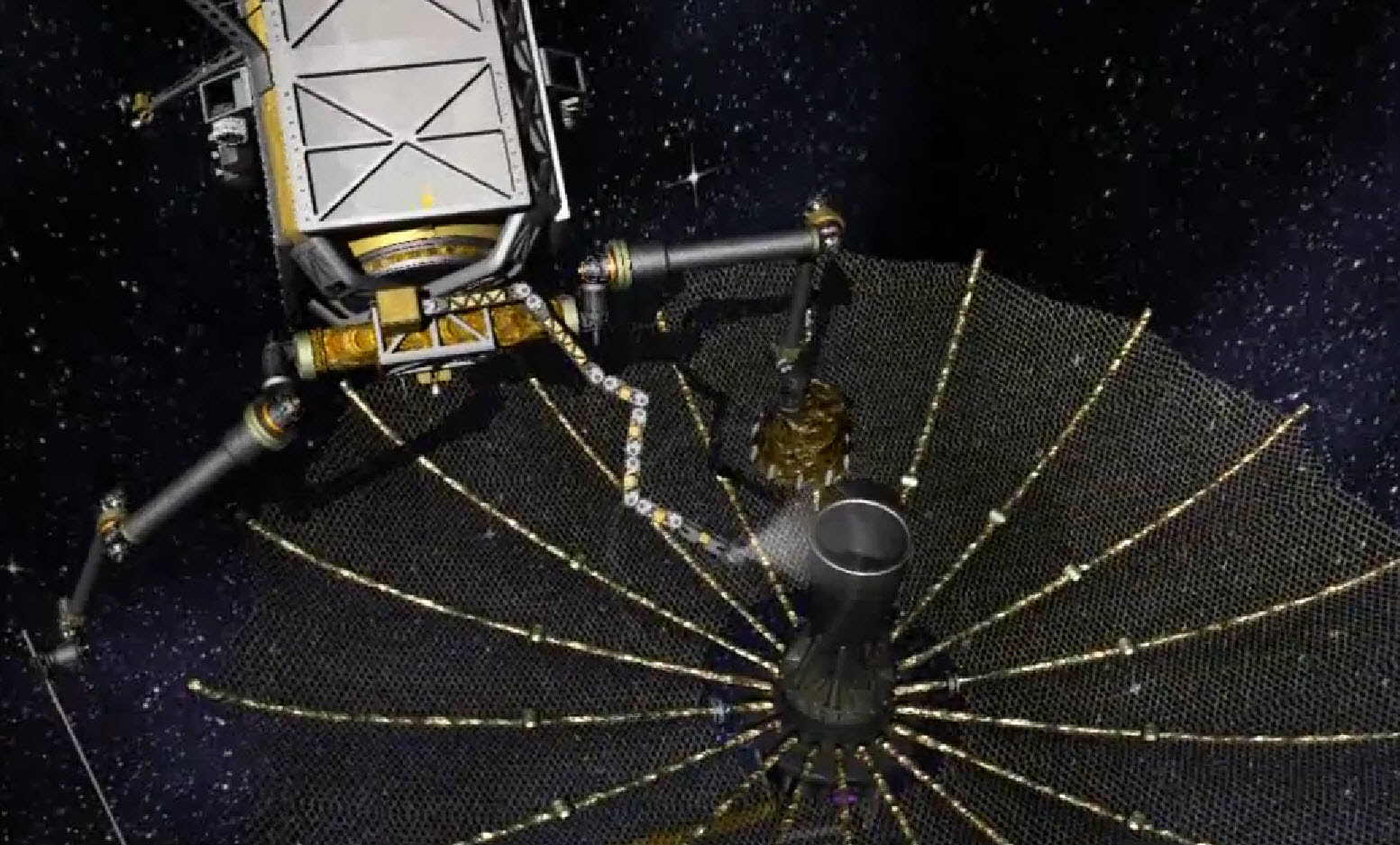 LES MUREAUX, France – Europe’s next-generation Ariane 6 rocket remains on track for a 2020 first launch with a cost structure allowing the heavier Ariane 64 version to advertise per-kilogram prices below today’s Space X Falcon 9, European government and industry officials said April 6.
They said they saw no roadblocks to the 2020 first-flight date despite what they described as noncritical delays that have no impact on the rocket’s design, performance or cost targets.
These issues include a delay of several months in the ramp-up of Airbus Safran Launchers (ASL), which is the Ariane 6 prime contractor, due to tax issues in France, and an extended antitrust review by the European Commission of ASL’s plan to become the dominant shareholder of the Arianespace commercial launch consortium. 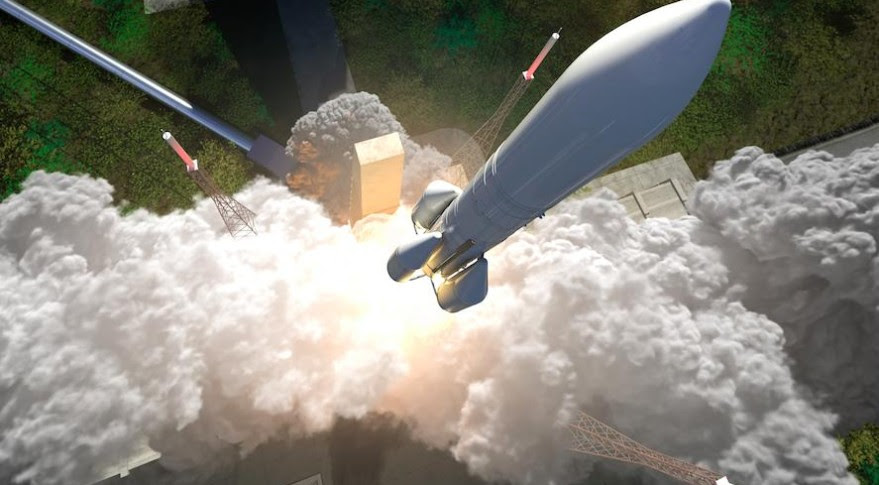 Rising sea levels could have acute impact on NASA

“NASA is Facing a Climate Countdown,” the New York Times declared Monday in a story explaining the acute impact rising sea levels could have on NASA. About two-thirds of the land NASA manages is within five meters of sea level, including launch sites at the Kennedy Space Center and Houston’s Johnson Space Center. Increases in sea levels could result in more frequent coastal flooding at those locations, jeopardizing billions of dollars of the agency’s infrastructure.
The threat of rising sea levels isn’t news to NASA, which has been evaluating the possible effects of climate change on its coastal infrastructure for nearly a decade.
Indeed, NASA Administrator Charlie Bolden highlighted the threat in a March 2015 exchange with Sen. Ted Cruz (R-Texas), the Senate Commerce space subcommittee chairman seeking the GOP presidential nomination. 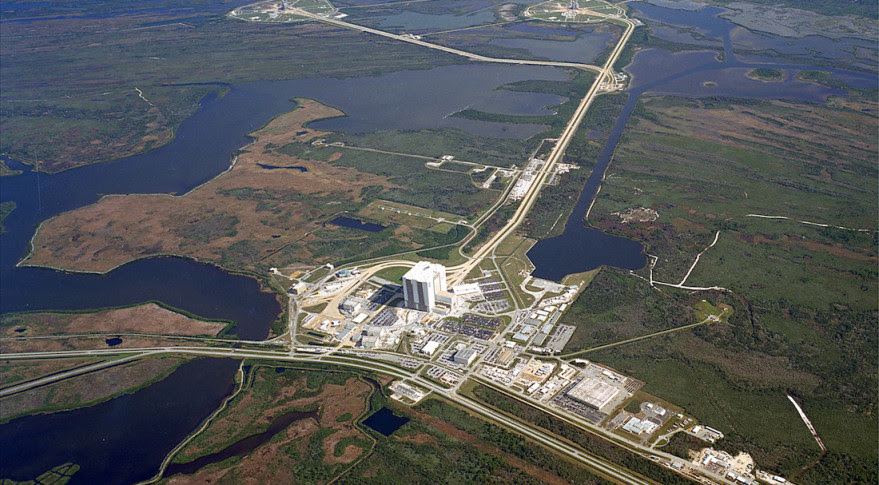 Earth observation company Terra Bella, previously known as Skybox Imaging, wants to have 21 satellites in orbit by the end of next year. The Google company has two satellites in orbit today: SkySat A, which launched on a Dnepr in 2013, and SkySat B, which orbited on a Soyuz in 2014. The next 19 mark the start of the SkySat C series, of which 11 are assigned to respective launch providers. In order to meet its goal of fielding a fleet of 21 by 2017, Terra Bella is studying launch options for the last eight.
Space Systems Loral (SSL) is Terra Bella’s manufacturing partner for the SkySat satellites, building 19 SkySat Cs — one prototype and 18 final versions. Joe Rothenberg, director of Skybox engineering and operations at Google, told Via Satellite that the first SkySat C satellite is currently scheduled to launch aboard a Polar Satellite Launch Vehicle (PSLV) from the Indian Space Research Organization (ISRO) on May 31. The PSLV launch is for the prototype to precede the rest of the series. The next four are then to launch on an Arianespace Vega as a rideshare this summer, followed by six more on Orbital ATK’s Minotaur rocket during the fourth quarter this year.

Singtel and Inmarsat Team Up on Maritime Cybersecurity

Singapore Telecommunications Limited (Singtel) and Inmarsat have entered into a strategic partnership to enhance maritime cybersecurity using Trustwave’s Unified Threat Management (UTM) solution. Trustwave, the cybersecurity arm of Singtel, will provide the software-based UTM service to be integrated with Inmarsat hardware onboard ships to protect data and reduce cyber risk for maritime companies.
“The landscape of shipping is changing. As we move from traditional shipping into the ship intelligence era, the threat of cyber attacks have never been more real,” said Ronald Spithout, president of Inmarsat Maritime. “Risks from malicious attacks and unlawful access to a ship’s intelligence, its system infrastructure and networks cannot be ignored, and the shipping industry needs to take action.”