Inmarsat is performing its first transcontinental live demonstration of Global Xpress (GX) broadcast capabilities during the NAB Show in Las Vegas, Nev. The demonstration features a live broadcast from Rio de Janeiro via GX.
Following the launch of its Global Xpress service for broadcasters last month, and combined with a portfolio of L-band newsgathering solutions, Inmarsat will deliver enhanced, tailored solutions for mobile journalists, broadcasters and content creators, in conjunction with its channel partners and third party software and service providers.

WASHINGTON — A fiscal year 2017 spending bill approved by a Senate appropriations subcommittee April 19 would give NASA $19.3 billion, nearly the same as 2016 but with a significant increase for the agency’s Space Launch System program.
The overall NASA funding in the commerce, justice and science (CJS) bill is $21 million above what the agency received in 2016. It is also $275 million above the administration’s overall request for NASA, which used a combination of discretionary and mandatory funds to get around spending caps, a maneuver this bill does not adopt.
“The bill before us funds NASA at $19.3 billion, preserving the funding Congress provided in 2016,” said subcommittee chairman Sen. Richard Shelby (R-Ala.) at the brief, uncontentious markup session for the bill. “This level makes it possible for the agency to continue supporting ongoing science and exploration missions, especially the Space Launch System and Orion capsule development.” 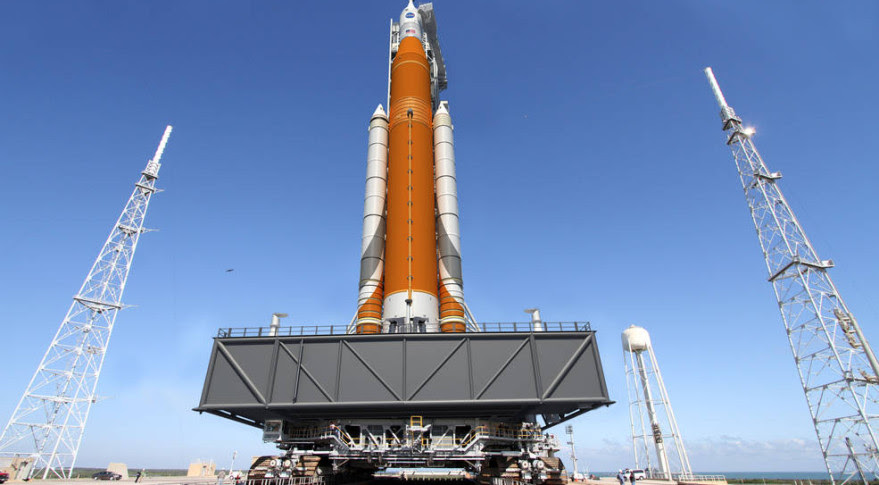 Globalstar Europe Satellite Services, a wholly owned subsidiary of Globalstar Inc., and Isle of Man-based Manx Telecom, have partnered to develop EMN, a new multiple technology communications system that aims to switch between multiple cellular networks and a Direct-to-User (DtU) mobile satellite network. Using Globalstar’s Low-Earth Orbit (LEO) satellite constellation, EMN is intending to be a Bring Your Own Device (BYOD) solution that will enable users to communicate as normal with their existing devices, such as smartphones or tablets, but with ubiquitous nationwide coverage via satellite operations.
With EMN, which uses Manx Telecom’s Smart SIM technology, when a user’s signal level begins to weaken due to the limited reach of the carrier’s coverage or disappears due to a natural or man-made disaster, connectivity will be automatically handed over to another mobile network that is in range. If a terrestrial network is not available, network connectivity will be transferred onto Globalstar’s system.

PARIS — Start-up Internet satellite constellation operator OneWeb LLC will build most of  its 900-satellite constellation in a new factory in Exploration Park, Florida, following a co-funding agreement with the state of Florida, industry officials said.
The long-expected announcement was to be confirmed April 19 at a ceremony attended by OneWeb officials and Florida Gov. Rick Scott, officials said.
The creation of the Florida manufacturing plant adds another piece to the OneWeb puzzle, but at least two more-important decisions are expected from the company this year. 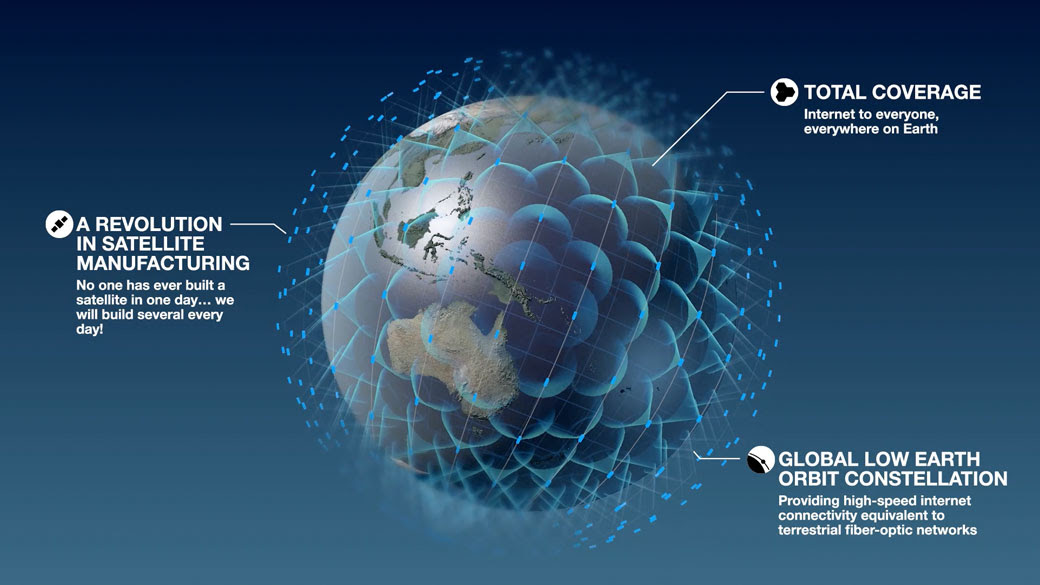 Inmarsat has granted full type approval for Skyware’s Atom 99 terminal, for use over its high-speed broadband service, Global Xpress (GX). Skyware’s Atom 99 terminal will enable media and broadcasters to take the new lightweight, portable receiver dish to where the news is happening anywhere in the world, providing high quality live broadcast capabilities in even the most inaccessible regions.
The terminal, manufactured by Skyware Technologies, features a receiver dish measuring 99 cm in diameter, making it the most-powerful portable GX terminal for the enterprise market to date.

The International Space Station gained a brand new room on Saturday (April 16), but it will be another month before it grows large enough for the astronauts to enter.
A first-of-its-type inflatable structure, the BEAM — or Bigelow Expandable Activity Module — built by Bigelow Aerospace, was attached to the rear-facing port of the space station's Tranquility node. It is the first new addition to the orbiting outpost in five years.
Launched inside the unpressurized trunk of a SpaceX Dragon cargo capsule on April 8, the BEAM arrived at the space station two days later. 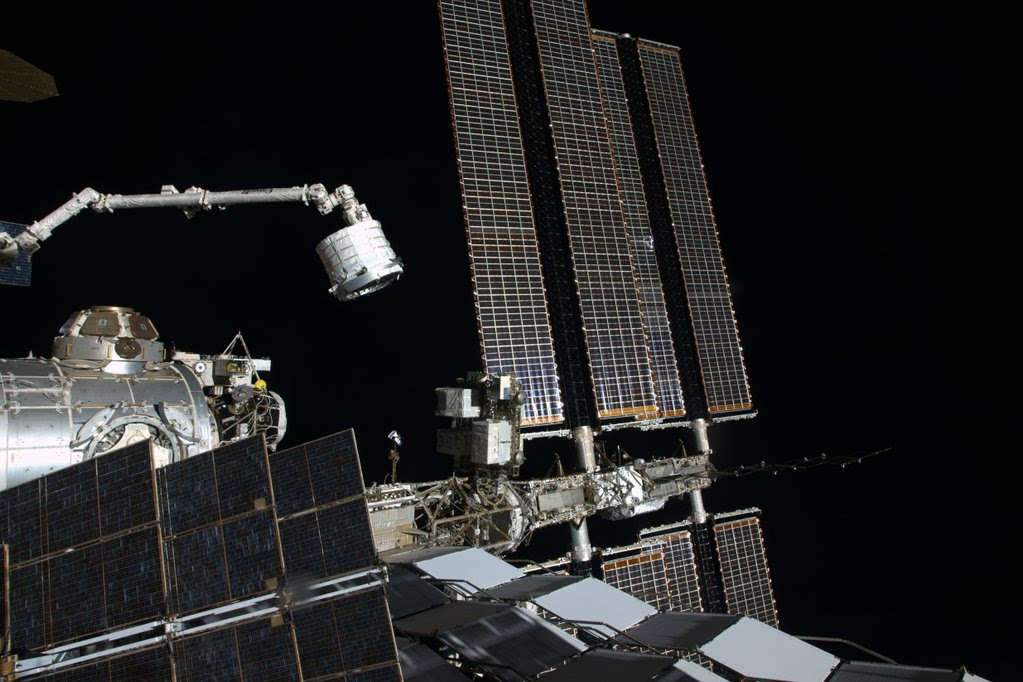 Commercial Aero Connectivity Market Will be Worth $4.6 Billion by 2025

Commercial aircraft connectivity markets are forecasted to reach retail revenues of $4.6 billion by 2025, according to Northern Sky Research’s (NSR) recent report, “Aeronautical Satcom Markets, 4th Edition.” Market growth is driven by in-flight passenger connectivity, reaching new heights with High Throughput Satellite (HTS) capacity.
“Quality of IFC service is an issue that airlines will need to consider seriously as part of their brand value, if take rates of expensive satcom and air-to-ground services are to grow in step with the interest of travelers,” said Claude Rousseau, NSR research director and report author.

Get ready to stream Netflix, Hulu on flights with next-gen satellite broadband

In-flight Wi-Fi is about to get better. Companies such as Gogo, Panasonic, ViaSat, and Global Eagle Entertainment are working on next-generation satellite-based Wi-Fi solutions that should provide better bandwidth, speeds, and coverage than what’s currently offered now.
Domestically, Internet is typically provided through air-to-ground (ATG) technology. Gogo’s ATG service, the dominant provider, isbased on a cellular radio network, meaning it relies on land-based towers. That also means the plane will possibly experience dead spots in connectivity as it moves from one service area to another, or over large bodies of water. The maximum download bandwidth of the first-generation technology is only 3.1Mbps, although the company’s newer ATG-4 service supports up to 9.8Mbps. Virgin America, one of the more tech-savvy airlines, was the first to roll out ATG-4 across its fleet. 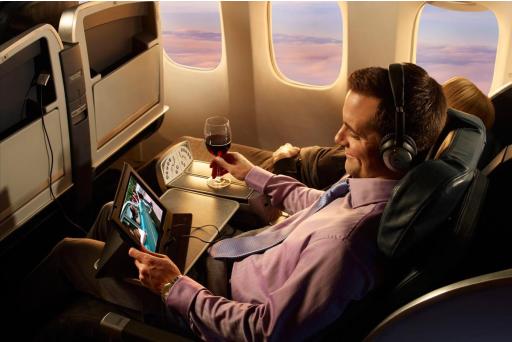