PARIS—Satellite fleet operator SES on Feb. 8 said it is targeting Feb. 24 for the launch of its SES-9 telecommunications satellite aboard a SpaceX Falcon 9 Full-Thrust rocket, a launch that has been repeatedly delayed since September.
Luxembourg-based SES said SpaceX has agreed to modify the SES-9 launch profile to permit the satellite to enter commercial service in before July, as was planned in December, before the latest series of launch delays.
SES did not immediately respond to requests for comment on what flight modifications Hawthorne, California-based SpaceX had agreed to make to reduce the time from when the satellite is dropped off in transfer orbit to its arrival at its operational position in geostationary orbit. 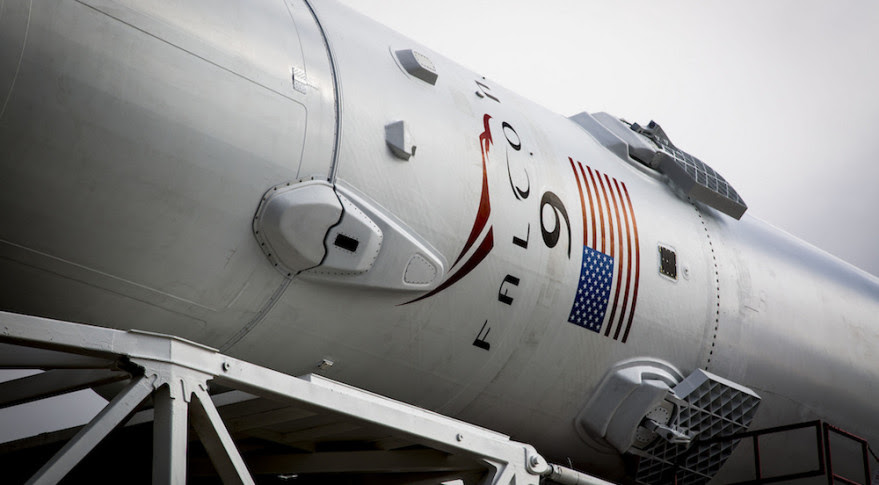 Inmarsat has become a member of the LoRa Alliance, an international non-profit organization founded in 2015 to standardize Low Power Wide Area Networks (LPWAN) for the Internet of Things (IoT).
Members of the Lora Alliance seek to guarantee interoperability between operators in order to make LoRaWAN an open global standard for IoT applications worldwide. Inmarsat will provide the LoRa ecosystem with satellite connectivity to enable the deployment of solutions anywhere an object or device needs to be connected. 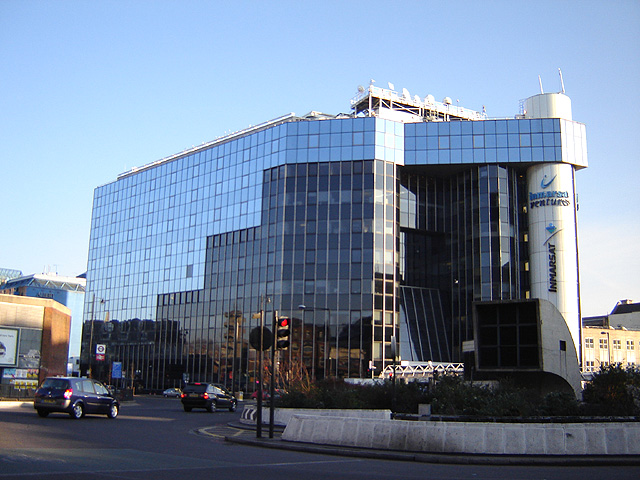 WASHINGTON — The U.S. Air Force kicked off a two-launch, six-day stretch by lifting the last in the 2F series of GPS satellites Feb. 5 from Cape Canaveral Air Force Station, Florida.
The satellite launched aboard a United Launch Alliance Atlas 5 rocket. ULA officials said the launch included a new suite of avionics, flight software and ground systems as part of long-standing company initiative to reduce cost and improve reliability.
The 12 GPS 2F satellites, the first of which launched in May 2010, were built by Boeing Network and Space Systems of El Segundo, California. The satellites provide better accuracy and resistance to jamming than the previous generation of GPS satellites, most of which are still in operation.
“The GPS 2F satellite performance has been exceptional and is expected to be operational for years to come,” Lt. Gen. Samuel Greaves, commander of the Air Force’s Space and Missile Systems Center, said in a Feb. 5 press release. 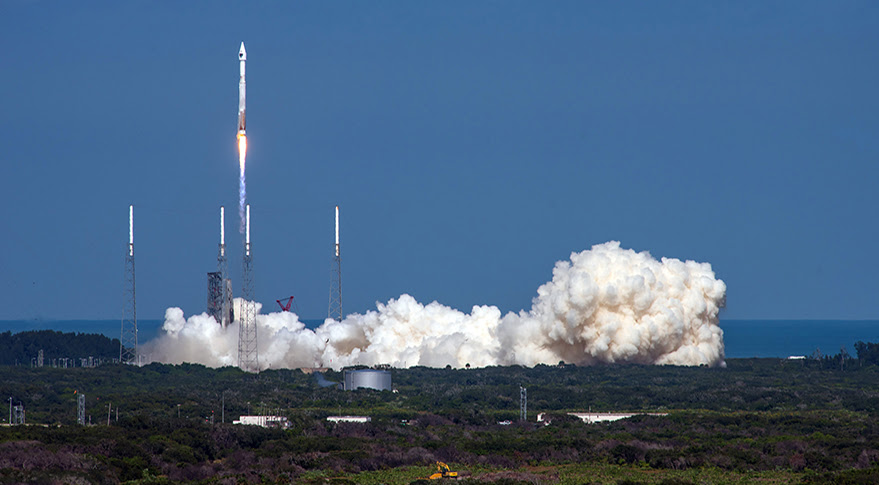 The Forestry Commission in England and Scotland has agreed to deploy 550 Globalstar Spot Gen3 messengers under a new sales and support contract with Global Telesat Communications (GTC). The organization is using satellite to improve the safety of its staff when working in areas with unreliable mobile phone and radio communications. Of the 550 devices, the Forestry Commission already deployed the first 200 units nationwide, and intends to deploy the remainder over the next 12 months.
In an emergency situation, lone workers can press a button on the Spot Gen3 to alert emergency services via the GEOS International Emergency Response Coordination Centre (IERCC). The device uses Globalstar’s satellite network for communications, even in remote regions. A built-in tracking feature can help locate forestry staff if there is an incident and they are unable to press the emergency button. The Spot Gen3 can also be preconfigured to send location data to a central coordinator every 2.5, 5, 10, 30 or 60 minutes, provided the device is moving. PARIS —The Luxembourg government on Feb. 3 announced it would seek to jump-start an industrial sector to mine asteroid resources in space by creating regulatory and financial incentives.
The incentives include co-investment in research and development and, eventually, direct capital investment in space resource-mining companies setting up shop in Luxembourg.
Announced by Vice Prime Minister Etienne Schneider, who is also the nation’s economics minister, the initiative has already lured U.S.-based Deep Space Industries of Mountain View, California, to create a Luxembourg subsidiary. Schneider said other U.S. companies, including SpaceX of Hawthorne, California, and Planetary Resources of Redmond, Washington, are in talks with Luxembourg authorities regarding the Spaceresources.lu venture.

WASHINGTON — The Obama Administration's final budget request, released Feb. 9, offers $19 billion for NASA in fiscal year 2017, a decrease of $300 million from the agency’s final 2016 budget.
The budget, as proposed, would shift some funds from NASA's exploration programs to aeronautics and space technology, in addition to the overall cuts, while also shifting funds within the agency's science account.
The budget request is likely to face strong opposition in Congress, where House and Senate leaders have already said that the administration's overall budget request will be considered dead on arrival. Elements of the NASA proposal are also likely to face congressional scrutiny. 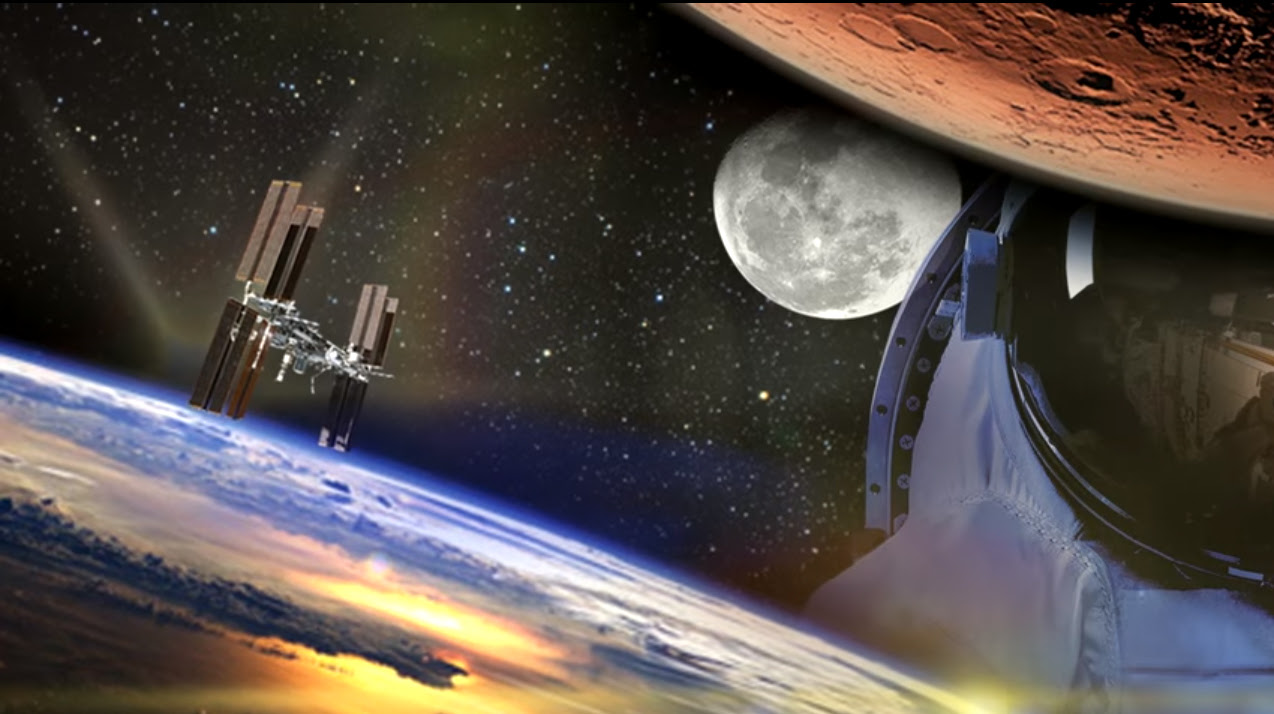 NASA has selected 13 CubeSats to test new technology on the first flight of the agency’s upcoming rocket, the Space Launch System (SLS), set to pave the way for deep space exploration. Launching in 2018, the new rocket aims to first propel an unmanned Orion spacecraft beyond the moon and into deep space, with NASA’s sights set on a journey to Mars. The small satellite secondary payloads will fly on SLS’ Exploration Mission-1 (EM-1) to carry out science and technology investigations in deep space and, hopefully, set the course for future human exploration into deep space.
“Exploration Mission-1 will be a proving ground mission, whose goal is to demonstrate the integrated performance of SLS and Orion before we put crews on it for the first crewed flight. Because of the robust capability of the Space Launch System, we have a unique opportunity to transport small spacecraft and technology experiments onboard the very same mission,” said Todd May, Marshall Space Flight Center director, during a press event held at the center in Huntsville, Ala., to announce the small satellite fleet selection on Feb. 3.

SES has launched a new satellite data network called SES Plus that melds the operator’s geostationary (GEO) capabilities with those of O3b Networks’ Medium Earth Orbit (MEO) satellites. SES Plus brings to market customized products and solutions from both satellite systems, combining GEO wide-beams and upcoming High Throughput Satellite (HTS) payloads with MEO HTS connectivity.
SES’ first Plus product, Enterprise+ Broadband, launched across five markets in Africa this past November. The service offers up to 1 Gbps of connectivity with plug-and-play and pay-as-you-go options to ensure the service can go live quickly. SES also plans continued investments in ground infrastructure to ensure easy accessibility to space.