KISSIMMEE, Fla. — NASA’s next flagship astronomy mission after the James Webb Space Telescope will become a formal project in February thanks to increased funding and direction from Congress, even as the agency looks to make cuts elsewhere in its astrophysics program.
Paul Hertz, director of NASA’s astrophysics division, told astronomers attending the 227th Meeting of the American Astronomical Society here Jan. 4 that the Wide Field Infrared Survey Telescope (WFIRST) will enter its “formulation phase,” the beginning of NASA’s project management process, in February after the proposed space telescope passed a mission concept review in December.
That decision also comes after the passage of the fiscal year 2016 omnibus spending bill in December that provided $90 million for WFIRST, far above NASA’s request of $14 million. The report accompanying the bill adopted language approved by Senate appropriators in June directing NASA to move WFIRST into the formulation phase by early 2016.

The Internet of Things (IoT) has been mentioned in almost as many conversations as small satellites over the last 12 months. It is a hot buzzword as the satellite industry looks to play in new verticals that need connected devices. One area where satellite and cellular technology could make a greater impact going forward is in agriculture. A company that is looking to take advantage of the need for this enhanced connectivity is Field Intell, an outfit that develops turnkey smart monitoring solutions for its customers. Field Intell works with companies such as IRZ Consulting, which provide water resource engineering with state-of-the-art technologically advanced irrigation, resource management (water, power and human) and conservation services to its agricultural client base.
Art Gomez, Field Intell’s CEO discusses how he sees satellite making a difference. He said that in 2009 Field Intell started doing field intelligence, working with the likes of John Deere in terms of how they could improve irrigation techniques. Gomez said he saw there was an opportunity for telematics systems for agriculture, because the amount of territory being covered.

France, Germany Admit to Second Thoughts about Sticking with ISS

PARIS — Europe’s two biggest backers of the International Space Station are suggesting it’s possible Europe may end its space station role in 2020 despite the fact that its major partners – the United States, Russia, Japan and Canada – have all said they will continue using the orbital complex until at least 2024.
In separate statements Jan. 4 and Jan. 5, the heads of the French and German space agencies said a detailed study is under way to assess the future operating cost of the station, and whether the cost can be justified given the pressure on near-term budgets.
Pascale Ehrenfreund, chairman of the board of the German Aerospace Center, DLR, which is Germany’s space agency, said DLR would make no promises until after a full review of ISS’s value.

U.K. water provider Northumbrian Water Group(NWG) has selected Globalstar Europe Satellite Services’ Spot Gen3 safety device to track and protect lone and remote workers. The initial deployment of more than 300 Spot Gen3 devices enhances the safety of 1,500 employees who carry out checks on reservoirs in remote areas, where GSM signal can be unreliable or non-existent. A “low-risk” category of occasional lone workers, either in offices or in the field, have access to a bespoke smartphone app for summoning help as part of a unique solution developed by Globalstar’s specialist partner, Lone Worker Solutions, who spearheaded the agreement.
Lone Worker Solutions provides a unified platform that monitors both voice calls and SMS from smartphones and alert messages from Spot Gen3s. Calls and SOS alerts go to Lone Worker Solutions’ operations center and to NWG’s employee support center for prompt handling. The ability to provide accurate information about all devices in one inclusive interface helps make safety operations seamless and more effective.

PARIS — The chief of Europe’s Arianespace launch consortium on Jan. 5 said competitor SpaceX’s recovery of the first stage of its Falcon 9 rocket, spectacular though it was, does not demonstrate the economic viability of stage reuse.
The proof of the pudding, Arianespace Chief Executive Stephane Israel said, will come only after a thorough assessment of the stresses incurred by the stage as it traced what time-lapse photos show as a giant “X” in the sky — a line for its ascent, and then another, broken line as it powered its way back from about 75 kilometers in altitude.
At a briefing here outlining Evry, France-based Arianespace 2015 record and plans for 2016, Israel sought to portray Arianespace as once again in the driver’s seat when it comes to commercial launches. 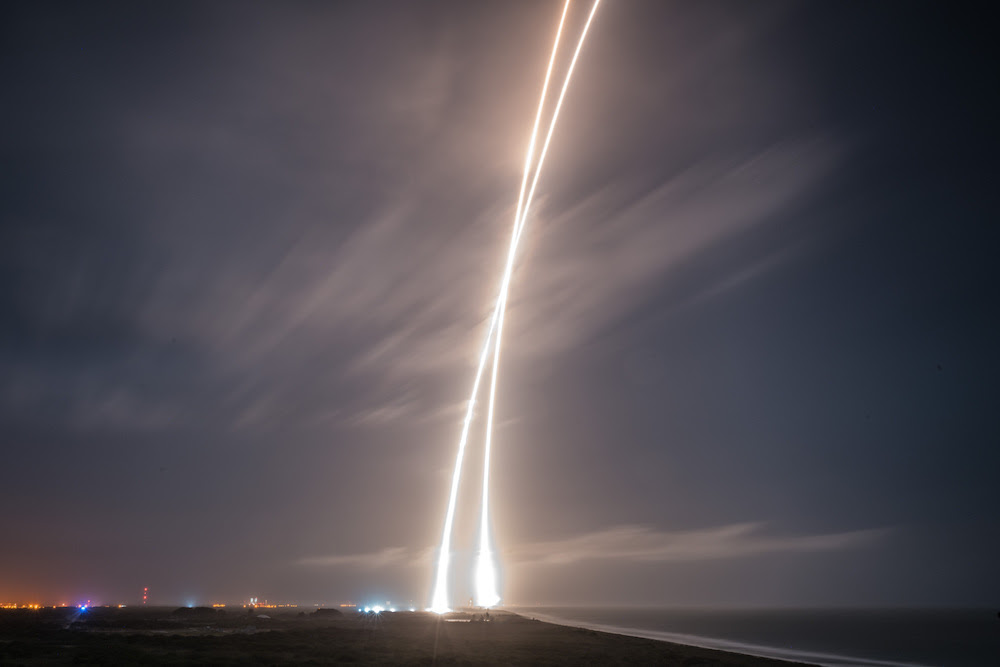 SpaceX hopes to make history again on Jan. 17 by landing a Falcon 9 rocket on a drone ship at sea after launching a payload into orbit. SpaceX confirmed to NBC News that it would be making the attempt; the news was earlier reported by space journalist Charles Lurio on Twitter.
This launch will take off from Vandenberg Air Force Base in California, carrying NASA's Jason-3 satellite. Jason-3 carries instruments to monitor the ocean's surface, collecting information about circulation patterns and perhaps rising sea levels.
The commercial spaceflight company succeeded Dec. 21 in making its first-stage rocket, which is usually discarded after reaching space, return safely to Earth and land upright at a predetermined location nears its launch pad at Cape Canaveral in Florida. 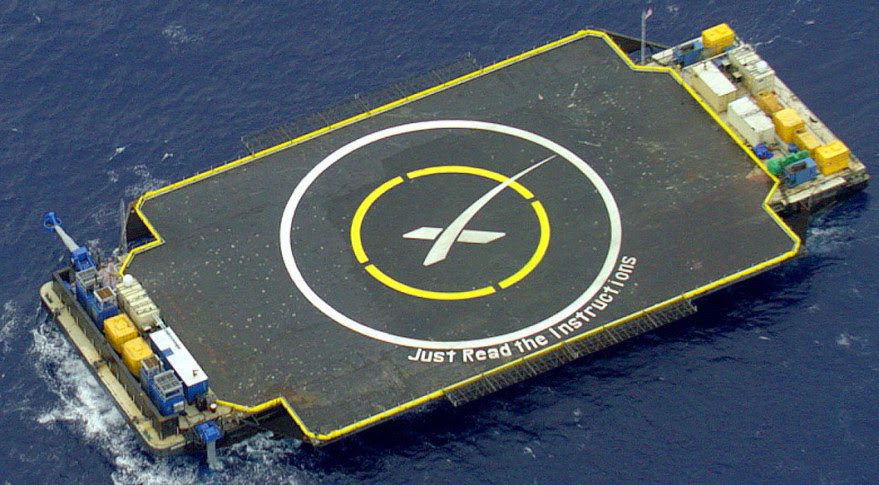 WASHINGTON — The U.S. Air Force released Jan. 8 a formal solicitation for companies to demonstrate their ability to build the next batch of GPS 3 positioning, navigation and timing satellites.
The announcement is one of the first steps toward a contract that could top several billion dollars.
The Air Force said in April it plans to award multiple contracts worth up to $6 million apiece as a forerunner to a competition in 2017 or 2018 for a fixed-price contract to build up to 22 follow-on navigation satellites. The first contracts will be awarded in the spring of 2016, the Air Force said in a Jan. 8 press release.
“Industry told us they were ready to compete for the GPS 3 space vehicles,” Col. Steve Whitney, director of the GPS Directorate at the Air Force’s Space and Missile Systems Center, said in a Jan. 8 press release. “We listened and are looking forward to working with industry to assess the feasibility of a follow-on, competitive production contract.” 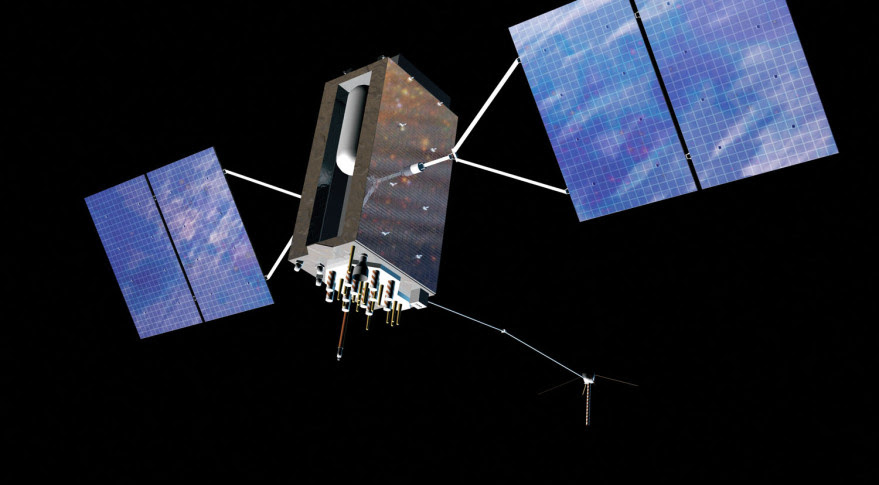