WASHINGTON — An Atlas 5 rocket successfully launched an Orbital ATK Cygnus cargo spacecraft Dec. 6 after three days of delays, resuming deliveries of essential supplies and experiments to the International Space Station by U.S. companies.
The United Launch Alliance Atlas 5 401 lifted off from Space Launch Complex 41 at Cape Canaveral, Florida, at 4:44 p.m. Eastern time. The Cygnus spacecraft, on a mission designated OA-4, separated from the rocket’s upper stage 21 minutes after liftoff after entering orbit 230 kilometers above the Earth.
The Cygnus spacecraft, named the S.S. Deke Slayton II by Orbital ATK, deployed its solar arrays shortly after entering orbit, and company officials said the spacecraft was in good health as it began a two-and-a-half-day approach to the ISS.

How Satellite Made a Difference in Nepal

When the April 2015 earthquake rattled Nepal, it destroyed sobering amounts of infrastructure, took lives, and displaced millions. Everyone affected was forced to adapt to the new environment. Himalayan Life, an organization already on the ground in Nepal doing projects in education, protection and caretaking for children, challenged itself to address the needs of those who had lost nearly everything. To reach those impacted, satellite technology played a critical role in providing much needed communications.
For the second article in a two-part series, Via Satellite interviewed Daniel Burgi, CEO of Himalayan Life, about his organization’s involvement as a surrogate first responder.

An advanced Russian military satellite was doomed by a setback during launch Saturday (Dec. 5) and could come crashing back to Earth in the next day or so, according to media reports.
The Kanopus-ST remote-sensing spacecraft failed to separate from the upper stage of its uncrewed Soyuz-2-1v rocket as planned during Saturday's liftoff from Plesetsk cosmodrome in northwestern Russia, Russia's TASS news agency reported today (Dec. 7).
"One of the four locks holding onto the satellite malfunctioned," TASS reported, citing an unnamed source in the Russian Aerospace Defense Forces

The third Inmarsat Inc., Global Xpress satellite is now fully operational after reaching its final orbital position. Activation of the third satellite in a fleet of three provides complete global coverage of the company’s program to heighten global communication capabilities on land, at sea and in the air, according to a company statement.
Inmarsat-5 (I-5) F3 provides satellite communications coverage from its position over the Pacific Ocean. It launched in August after a two-month delay caused by the failure in May of the Khrunichev-International Launch Services Russian Proton rocket as it dispatched a Mexican communications satellite.

LONDON — Europe’s LISA Pathfinder fundamental-physics satellite was successfully launched Dec. 3 on a mission to help prove Einstein’s Theory of Relativity, but it has already demonstrated – once more – Newton’s law of inertia as applied to government programs.
The launch, from Europe’s Guiana Space Center on the northeast coast of South America, also marked the end of the long demonstration phase for Europe’s Vega small-satellite launcher, which has now posted six successes in six launch attempts.
The Italian-led Vega rocket has completed its European Space Agency-financed test phase, which included multiple missions to showcase Vega’s versatility. 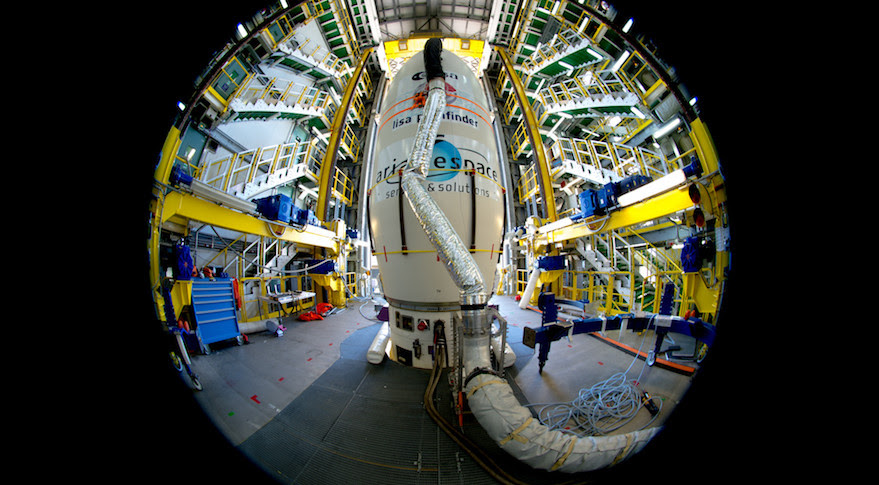 WASHINGTON – The White House and members of U.S. Congress are in early discussions about how to give the Federal Aviation Administration a role in monitoring the space environment and heading off collisions between commercial satellites, a task currently handled by the U.S. Air Force, sources tell SpaceNews.
The discussion has a sense of urgency, sources said, as several new businesses, many with ties to Silicon Valley, have plans to launch hundreds of satellites in the coming years. With that in mind, proponents are asking Congress to move quickly to find a home for space traffic management.
Any such shift likely would have the blessing of the Pentagon. Leaders from Air Force Space Command and U.S. Strategic Command have said they would like to lessen the burden on military space operators so they can concentrate on preparing for potential conflicts in space. 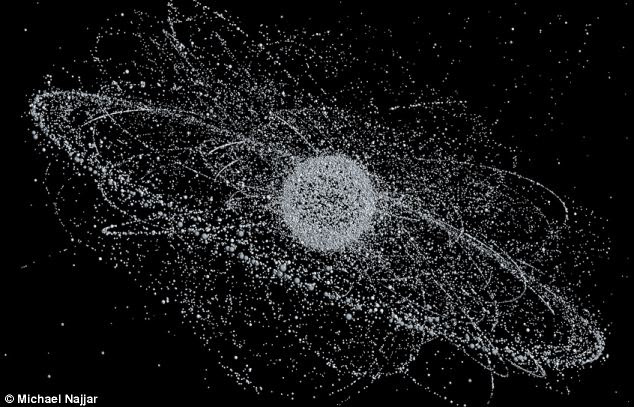 MELBOURNE, Fla. — Virgin Galactic announced Dec. 3 that it has purchased a Boeing 747 jetliner to serve as the new carrier aircraft for its LauncherOne small satellite launch vehicle.
The aircraft, unveiled during an event at the San Antonio, Texas, facility where the plane is being modified, will allow LauncherOne to carry heavier payloads than if it was launched from the company’s WhiteKnightTwo airplane, as originally planned.
“We basically wanted to maximize the productive capacity of the Newton engines we were developing” for LauncherOne, said George Whitesides, chief executive of Virgin Galactic, in a Dec. 3 phone interview. The company studied how big they could make LauncherOne if not constrained by how much WhiteKnightTwo could carry, then looked at what aircraft could handle that vehicle. 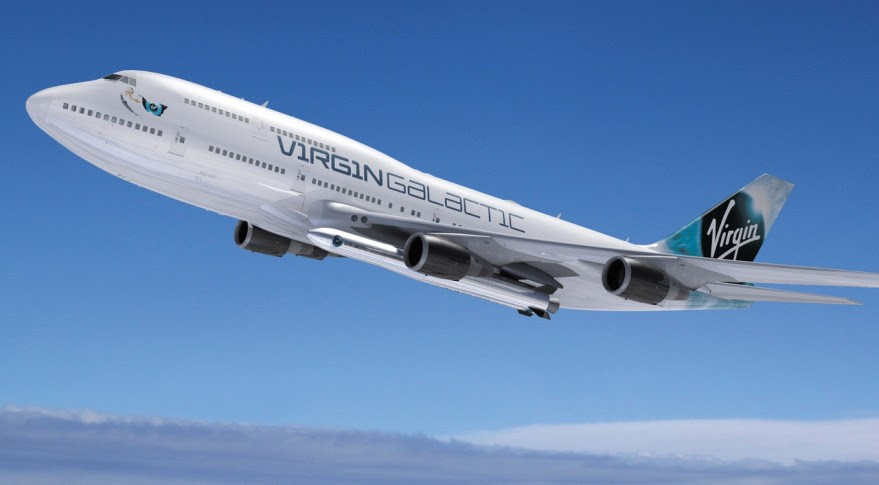 WASHINGTON — Language in a new commercial space law that grants companies rights to resources they extract from asteroids and other solar system bodies provides them with some certainty, but they acknowledge that the law is likely not the last word on the issue.
President Barack Obama signed into law Nov. 25 the U.S. Commercial Space Launch Competitiveness Act, the final version of a commercial space bill approved by the House and Senate earlier in the month. Most of the bill is devoted to issues regarding commercial space transportation, including extensions of third-party launch indemnification and restrictions on regulations regarding safety of commercial spaceflight participants.
One section of the new law, though, that has received a large amount of attention is the part about space resources. That section states that U.S. citizens shall have rights to any resources they extract from asteroids, moons or other bodies, “including to possess, own, transport, use, and sell” those resources. 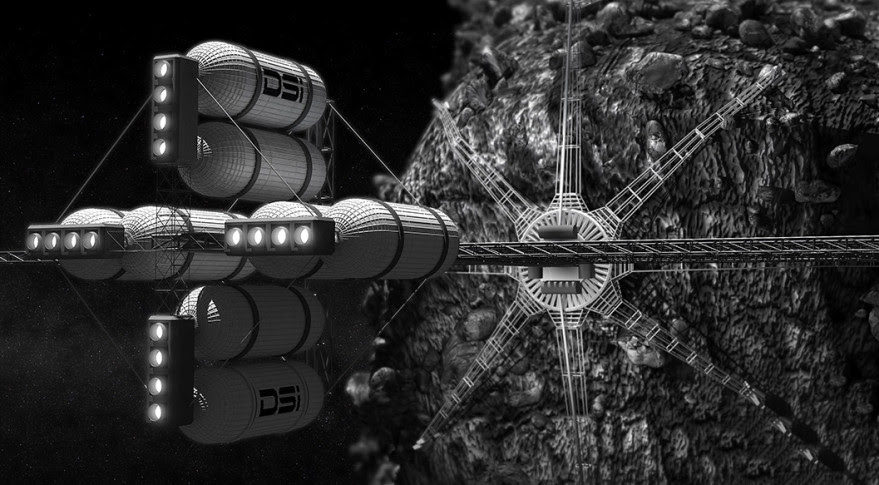