Inmarsat, the satellite communications provider, has reported a 7.5% increase in revenues for the third quarter to $323.1m (£213.4m, €297.2m), up from $300.6m (£198.5m, €276.4m) for the same period last year. The sturdy results were driven by a 57.7% increase from the firm's aviation division, which was up $11.9m to $32.6m, for the three months to 30 September.
Inmarsat is developing the European Aviation Network, an LTE-based hybrid satellite and ground network for commercial passenger connectivity. To this end, it has established a strategic partnership with Deutsche Telekom. It has also signed an MOU signed with Lufthansa, regarding a 10-year contract to provide inflight connectivity services initially to 150 of its aircrafts.
Rupert Pearce, Inmarsat's chief executive officer, said in a statement: "Our aviation business also took two major steps forward, when we joined in a strategic partnership with Deutsche Telekom to develop the ground component of our European Aviation Network.

Two American astronauts took a marathon spacewalk on Friday, spending nearly eight hours outside the International Space Station on a truly out-of-this-world plumbing job.
NASA astronauts Scott Kelly and Kjell Lindrgren spent seven hours and 48 minutes working outside the station to perform the vital maintenance on their spacecraft. It was their second spacewalk in nine days.
The duo's first-ever spacewalk last week, commanded by Kelly, had the two on separate tracks as they performed a variety of long-term maintenance tasks outside the station. This time around, commanded by Lindgren, they worked together, synchronizing their actions to reconfigure and add ammonia to the port-side station cooling systems — "high-flying plumbing," as NASA officials called it via Twitter.

Released coinciding with the long-awaited 2015 World Radiocommunications Conference (WRC-15), the GSM Association (GSMA) shared a study on the use of C-band spectrum, 3400MHz to 4200MHz, that says the International Mobile Telecommunications (IMT) industry needs access to this spectrum soon or it could face oversaturation in growing markets. The “Use of C-Band Spectrum for Mobile Broadband in Cities: London and Shenzhen” study, conducted by Plum Consulting with analysis from the GSMA and Huawei, evaluates the potential benefits of C-band for mobile use in the cities of London, U.K., and Shenzhen, China, as well as the repercussions of not opening up the band.
Plum Consulting’s study suggests London will experience a “capacity crunch” around 2022 if IMT is denied access to C-band, leading to slower download speeds and greater latency, subsequently resulting in poor Quality of Service (QoS) and Quality of Experience (QoE). Shenzhen reaches this crunch even sooner, according to the study, around 2020. Furthermore, the study states that these results are based on “conservative mobile data traffic demand forecasts.” Should demand climb by 30 percent more than predicted, London would reach its capacity crunch in 2020, and Shenzhen in 2018. 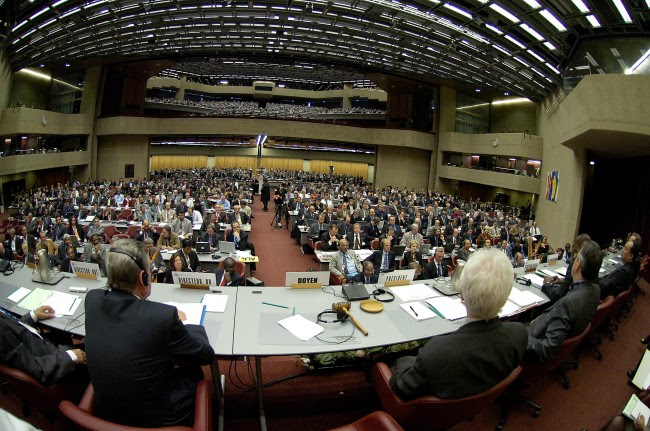 NASA this week announced it would soon begin accepting applicants for its next class of astronauts, enticing potential candidates with the chance to "advance a future human mission to Mars."
But with the space agency's schedules pegging a journey to the Red Planet in the mid-2030s timeframe, it may fall to even more future recruits to become the first astronauts to walk on Mars.
That's not to say there aren't opportunities to make history as a new NASA astronaut. Although there have been more than 365 NASA astronauts to date, there remains firsts to be achieved and all that you have to do to claim them is get chosen for the corps.

With no current government manned space programs and heavy reliance on industry to meet space and satellite needs, the landscape in the U.S. today is changing with regard to how satellite communications are provided. As competition heats up in industry, particularly outside of the U.S., private companies are looking to the government for a framework of requirements for where satcom is headed next.
Industry’s search for guidance comes as the Defense Department grapples with challenges to its space and satcom programs, including aging hardware and systems as well as resiliency needs and evolving security concerns.
Deputy Defense Secretary Robert Work said as much in a September internal memo outlining the findings of a Space Strategic Portfolio Review that revealed space’s role as a war domain, not a sanctuary.

Less than a decade after its first rocket launch, Elon Musk’s SpaceX finds itself in an unfamiliar position.
The upstart venture is the incumbent vying to win the bulk of a $3.5 billion U.S. contract renewal while facing rivals that include Boeing Co., whose spaceflight roots date to the 1950s. At stake: a seven-year agreement to haul supplies and experiments to the International Space Station.
SpaceX is pushing the only made-in-the-USA entry in a four-way derby with Boeing, Orbital ATK Inc. and Sierra Nevada Corp., each of which relies to some extent on rockets with Russian engines. The National Aeronautics and Space Administration will award the work as soon as Thursday as it juggles support for commercial missions while Congress clamors to end U.S. dependence on the imported motors.

It’s not rocket science: we need a better way to get to space

Human beings will always be explorers. We’ve pretty well surveyed our planet, our tiny blue dot, for answers and only found more questions. Why are we here? How did we get here? What does it mean?
We’ve already taken baby steps out into the solar system. But cheap, affordable space travel would be revolutionary, heralding in technologies we haven’t even yet imagined. Social and economic changes introduced by the internet would pale in comparison.
But here’s the thing: we won’t be heading to the stars in a rocket. Rockets are a terrible way of getting to space.

Hughes Networks Systems has unveiled its new HM System, engineered around its Software-Definable Modem (SDM) technology and Scrambled Code Multiple Access (SCMA) waveform. Hughes is launching with three Commercial-Off-The-Shelf (COTS) products for government applications.
The new HM System employs a commercially based, open standards architecture and band-agnostic platform that enables solutions to meet a variety of mobility and portability requirements for government users. In addition to supporting fixed applications, the HM System provides satellite-on-the-move capabilities for airborne, maritime and land mobility solutions, including a complete, ultra-compact and portable terminal for small teams reliant on quick-deploy connectivity. With the first gateway installed and fully operational in September, the COTS products are now ready for market rollout.