A United Launch Alliance (ULA) Atlas V rocket blasted a communications satellite into orbit today (Oct. 2), marking the 100th consecutive successful liftoff for the company.
ULA, a joint venture of aerospace giants Boeing and Lockheed Martin, now has a 100 percent success rate on 100 rocket launches since its formation in 2006.
"Congratulations to the entire team, including our many mission partners, on this unprecedented achievement," Jim Sponnick, ULA vice president for Atlas and Delta programs, said in a statement. 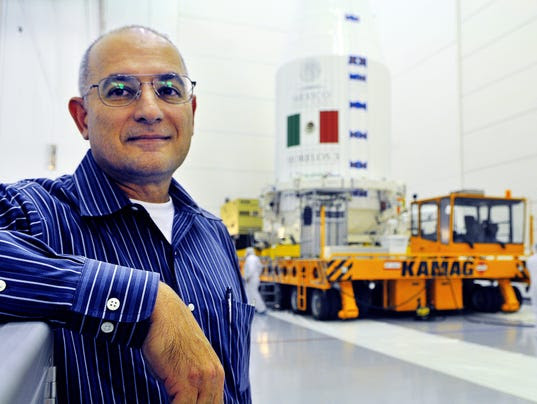 Amazing new images show the enormous canyon system on Pluto's big moon Charon in unprecedented detail.
The photos were captured by NASA's New Horizons spacecraft during its historic flyby of Pluto on July 14. Mission team members combined some of the images into a new video that lets viewers fly over Charon's tortured surface.
Charon's huge chasm snakes across the moon's surface for more than 1,000 miles (1,600 kilometers). It's at least four times longer than Arizona's Grand Canyon, and twice as deep in places, New Horizons team members said. (Some parts of the Grand Canyon are more than 1 mile, or 1.6 km, deep.)

The Real Mars Lander in 'The Martian': Fact Checking the Film's NASA Probe

A historic NASA spacecraft makes more than just a cameo appearance in "The Martian," the new Ridley Scott movie about an astronaut stranded on Mars.
The 20th Century Fox film, which opened in U.S. theaters on Friday (Oct. 2), follows NASA's third crewed mission to land on the Red Planet in 2035. By the movie's timeline, Ares 3 crew member Mark Watney (Matt Damon) walks on Mars 23 years after the space agency's most recent real-life "martian," the robotic rover Curiosity, arrived to search for environments habitable to supporting past and present life.
But it's not Curiosity that is in "The Martian."

A robotic Russian cargo ship arrived at the International Space Station this evening (Oct. 1), ending a brief orbital chase.
Russia's uncrewed Progress 61 freighter, also known as 61P, docked with the space station's Zvezda service module at 6:52 p.m. EDT (2252 GMT), while the two craft were zooming together over the North Atlantic Ocean. The cargo vessel, which is stocked with more than 3 tons of food and supplies for the astronauts aboard the orbiting lab, had launched atop a Russian Soyuz rocket from Baikonur Cosmodrome in Kazakhstan just 6 hours earlier.
Progress 61 will remain docked to the International Space Station (ISS) until December, when the ship will depart, full of trash, and burn up in Earth's atmosphere over the Pacific Ocean, NASA officials said.

PARIS — Europe's Ariane 5 heavy-lift rocket on Sept. 30 placed telecommunications satellites for Australia and Argentina into geostationary transfer orbit in the vehicle's 68th consecutive success.
The satellites — the first of two Sky Muster Ka-band broadband satellites for Australia's NBN Co. and the Arsat-2 Ku- and C-band telecommunications satellite for Arsat of Argentina — were both reported by their owners to be healthy in orbit and sending signals.
The launch was an illustration of the widening diversity of commercial telecommunications platforms. Sky Muster, built by SSL of Palo Alto, California, weighed 6,440 kilograms at launch and is equipped with the equivalent of 202 Ka-band transponders operating through 101 spot beams.

The first private moon landing could be just two years away.
California-based company Moon Express, which aims to fly commercial missions to the moon and help unlock its resources, has signed a five-launch deal with Rocket Lab, with the first two robotic liftoffs scheduled to take place in 2017.
These uncrewed launches — three of which are firmly on the books, with the other two optional at the moment — will blast Moon Express' MX-1 lander into space aboard Rocket Lab's 52.5-foot-tall (16 meters) Electron rocket. The goal is to test out the MX-1 and its systems, making sure the spacecraft can land softly on the moon, move about the lunar surface, grab samples and return them to Earth. 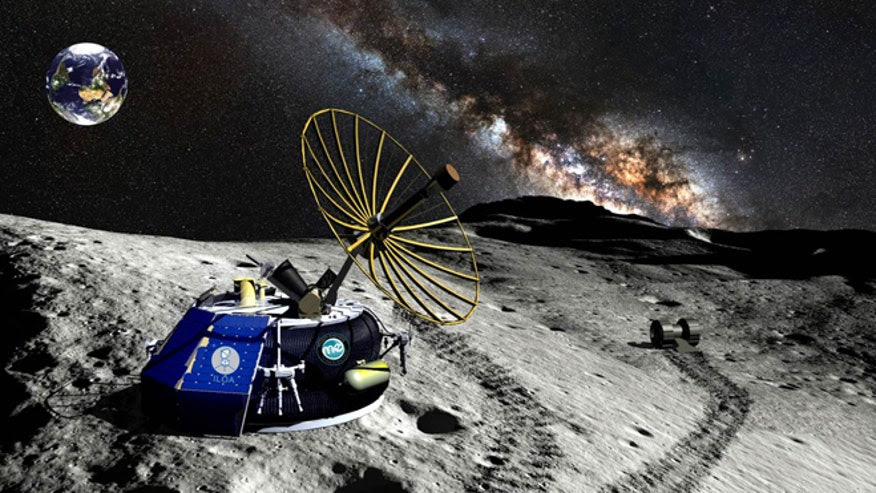 'Moonspike' Kickstarter Project Aims to Crowdfund Rocket to the Moon

A team of rocketeers launched an out-of-this-world Kickstarter campaign today (Oct. 1) to raise $1 million for "Moonspike" – an ambitious project to launch the first crowdfunded rocket to the moon.
The Moonspike project aims to launch a small titanium payload carrying photos and videos from project backers into space, and ultimately crash it into the moon. The resulting dust plume from the impact should observable from orbit, its backers say. While a science return from the mission would be desirable, the main goal is to see if a small group of engineers can create a moon rocket and payload for a reasonable amount of money, Chris Larmour, a co-founder of the project and serial space entrepreneur, told Space.com in an e-mail. It's the first campaign of its kind, with the Kickstarter page going live at 7 a.m. ET (1100 GMT) today. 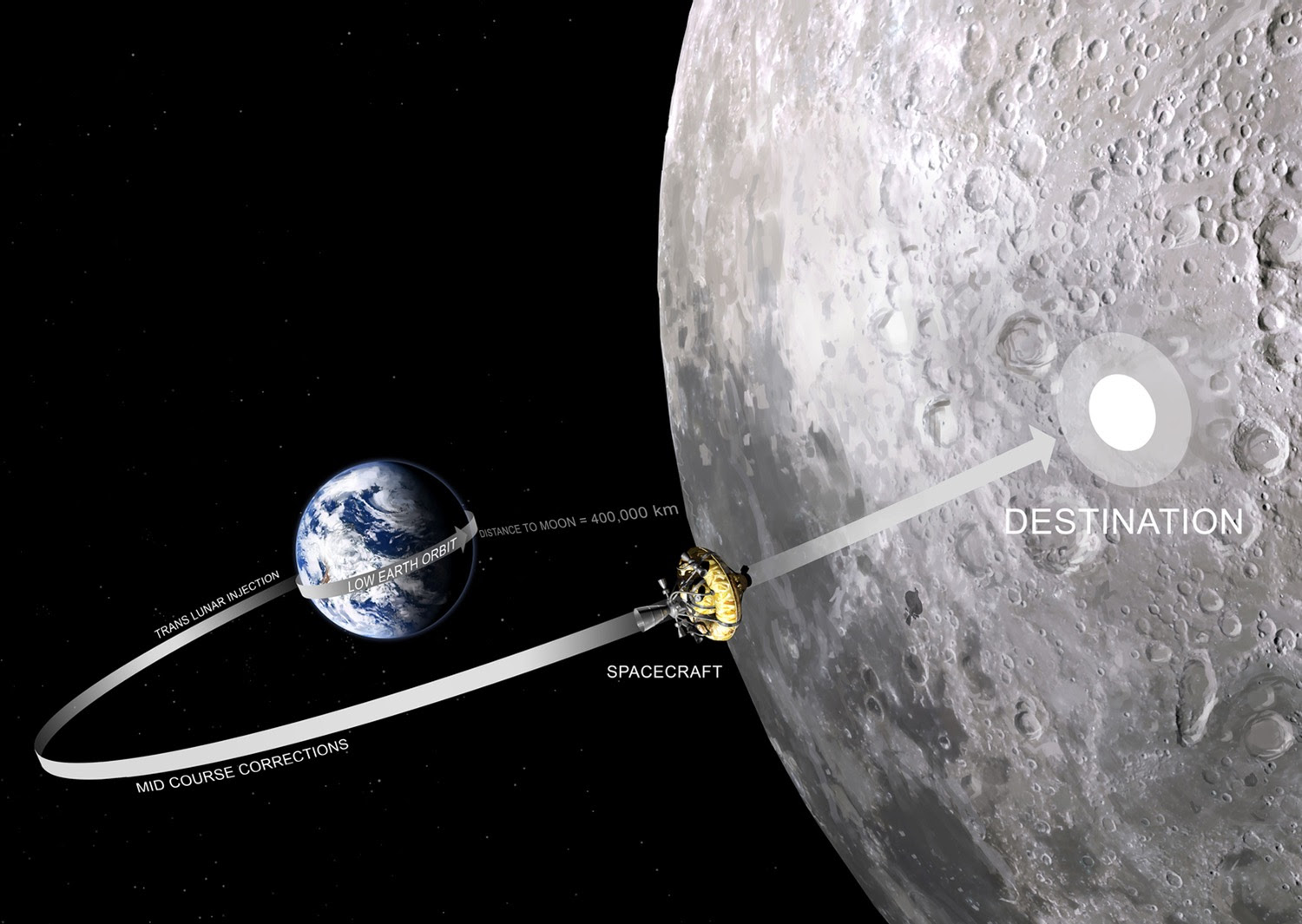 Real NASA astronauts just dropped a little spaceflight knowledge on the stars of the upcoming sci-fi film "The Martian," from 250 miles (400 kilometers) above Earth.
Matt Damon, Jessica Chastain and other actors from "The Martian" — as well as director Ridley Scott — got a chance to ask a few questions of Scott Kelly and Kjell Lindgren, the two NASA astronauts currently living aboard the International Space Station (ISS). You can watch the conversation in this new video, which NASA released today (Sept. 30).
The questions span a broad range of topics. For example, Damon — who plays Mark Watney, a NASA astronaut stranded and presumed dead on Mars — asked what Kelly and Lindgren did to prepare for their current mission aboard the ISS.


This event is being produced by Space.com's Expert Voices: Op-Ed & Insights.
On Oct. 22, meet Princeton University artist and mathematician — and Space.com columnist — Ed Belbruno in a public showing of his art at Café Minerva in Manhattan. Join Space.com to celebrate how Belbruno's art unlocks discoveries in space exploration, and experience the beauty of the universe in a whole new way.
Inspired by his art, Belbruno charts new paths to travel the solar system and explores the cyclical nature of an expanding, and possibly contracting, universe. Belbruno gained fame at NASA when he successfully plotted a revolutionary route to the moon. Recently, he charted a new course to Mars, modeled how life may spread through the cosmos, and calculated evidence for an ever-expanding and contracting universe — all discoveries unlocked by the swirls, symbols and patterns of his art.