The fascinating speculation surrounding a recent Kepler observation of a star 1,500 light-years away has reignited questions of alien life in our universe and what it means for future studies.
First I really want to emphasize, as I did in my previous blog about KIC 8462852, that the root cause of a very strange Kepler transit signal is most likely due to natural phenomena. (A transit occurs when an exoplanet — or, in this case, something else — drifts in front of its star and Kepler detects a slight dimming of starlight.) After analyzing the unique transit signal identified as being "bizarre" by the Planet Hunters community, researchers did a thorough job identifying a possible mechanism by which significant and distinct dimming events could have been triggered.
Among the likely natural causes of the star brightness dimming outlined in a paper submitted to the journal Monthly Notices of the Royal Astronomical Society and made available on the arXiv preprint service on Sept. 11, astronomers looked into debris from a possible planetary collision, the presence of circumstellar rings, starspots, and a clump of comets. All possibilities were investigated, but all were unsatisfactory, except for the latter. 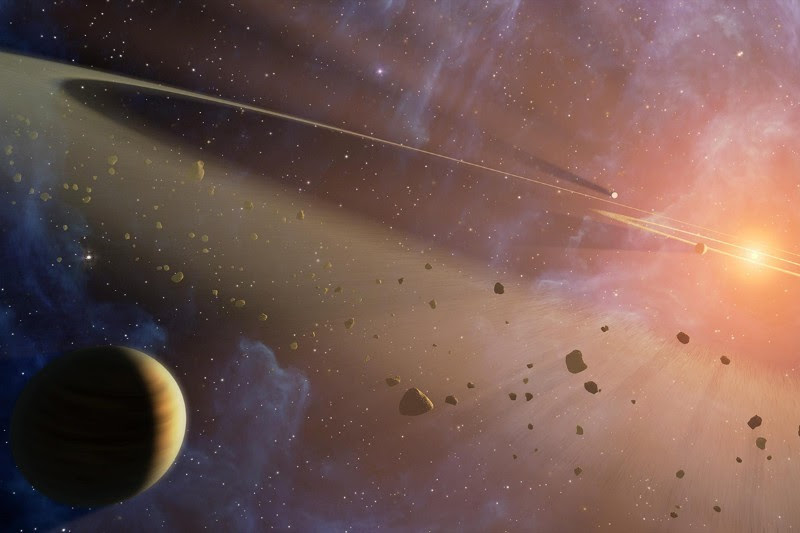 Read the full story here
Russian Luch Satellite Relocates — Next to Another Intelsat Craft
WASHINGTON – A mysterious Russian satellite that spent five months parked between two Intelsat satellites left that location in late September and has now cozied up to a third Intelsat satellite.
The Russian satellite, alternatively known as Luch or Olymp, launched in September 2014 and seven months later moved to a position directly between the Intelsat 7 and Intelsat 901 satellites, which are located within half a degree of one another in geostationary orbit 36,000 kilometers above the equator.
But in late September, the satellite moved again, according to an analysis published Oct. 5 by Brian Weeden, technical adviser at the Secure World Foundation. 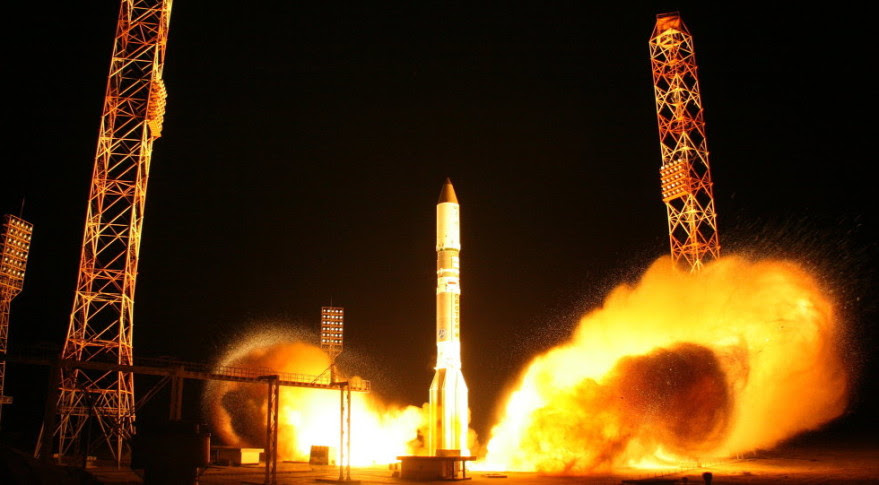 The revelation that dark streaks flowing downhill on Mars are signs of present-day liquid water has sparked debate on how best to investigate the Red Planet features.
These dark streaks, called Recurring Slope Lineae (RSL), flow down steep slopes during warm seasons and fade when the weather is cooler. The streaks are caused by liquid water laden with salts, scientists announced last month.
The new RSL findings may well bolster the odds that life exists today on Mars. Moreover, RSL might be a draw for future human explorers, as those sites could lead to underground aquifers on the planet, NASA officials have said.

JERUSALEM — China is soliciting international participation in its future manned space station in the form of foreign modules that would attach to the three-module core system, visits by foreign crew-transport vehicles for short stays and the involvement of non-Chinese researchers in placing experiments on the complex, the chief designer of China's manned space program said Oct. 12.
But he declined to commit to an international orbital docking technology that would facilitate international participation in the Chinese facility.
The Chinese orbital station, consisting of a core module and two experiment-carrying modules, can be expanded to a total of six modules if international partners want to invest in their own components, said Zhou Jianping, chief designer of the China Manned Space Program at the China Manned Space Agency.

SpaceX Changes its Falcon 9 Return-to-flight Plans
JERUSALEM – SpaceX on Oct. 16 said it had changed its Falcon 9  return-to-flight plans and would first launch 11 small Orbcomm messaging satellites into low Earth orbit, and then test reignition of the rocket’s redesigned second-stage engine during the same flight before launching SES’s heavier telecommunications satellite into higher orbit, a mission that will need the reignition capability.
Luxembourg-based SES said the company was comfortable with ceding its slot to Rochelle Park, New Jersey-based Orbcomm, especially since SpaceX has said it can launch the SES-9 telecommunications satellite into geostationary orbit in late December.
Hawthorne, California-based SpaceX said the Orbcomm launch would occur by mid-December, meaning the company will proceed with full development of at least two Falcon 9 Upgrade vehicles and launch SES within a couple of weeks of the Orbcomm mission.

NASA's Cassini spacecraft has captured its best-ever looks at the north polar region of Saturn's ocean-harboring moon, Enceladus.
Cassini zoomed within 1,142 miles (1,838 kilometers) of Enceladus Wednesday (Oct. 14), performing its 20th close flyby of the icy satellite since arriving in the Saturn system in 2004. The spacecraft has already beamed home some of the new close-encounter images, and more will come down to Earth in the next few days, NASA officials said.
Many of Cassini's previous Enceladus flybys occurred when the moon's far northern reaches were cloaked in winter darkness. But northern summer has arrived in the Saturn system, and the recent flyby brought the mysterious region out into the light.

Tiny satellites won't have to hitchhike their way to space for much longer.
NASA has awarded a total of $17.1 million to three companies to launch miniscule cubesats, which to date have had to tag along as secondary payloads on big rockets.
The space agency gave $6.9 million to Los Angeles-based Rocket Lab USA; $5.5 million to Firefly Space Systems of Cedar Park, Texas; and $4.7 million to Virgin Galactic LLC of Long Beach, California, in three separate, fixed-price "Venture Class Launch Services" (VCLS) contracts.

A newly released photo provides a great look at Mars' seldom-seen South Pole.
The swirling white dot toward the bottom of the photo, which was taken by the European Space Agency's Mars Express spacecraft, is the Red Planet’s south polar ice cap. The cap is composed of both frozen water and frozen carbon dioxide, and it changes shape with Mars' seasons.

In 2004, Mars Express confirmed that the south polar cap contains water ice, according to the European Space Agency (ESA).