Sunday's 'Supermoon' Total Lunar Eclipse: When and Where to See It

On the evening of Sept. 27, the moon will once again become immersed in the Earth's shadow, resulting in a total lunar eclipse — the fourth such event in the last 17 months,
As with all lunar eclipses, the region of visibility for Sunday's blood-moon lunar eclipse will encompass more than half of our planet. Nearly 1 billion people in the Western Hemisphere, nearly 1.5 billion throughout much of Europe and Africa and perhaps another 500 million in western Asia will be able to watch as the Harvest Full Moon becomes a shadow of its former self and morphs into a glowing coppery ball.

Commercial Space Stations Face Economic and Regulatory Challenges
WASHINGTON — Proposals to develop commercial space stations in low Earth orbit that could serve as successors to the International Space Station face both an uncertain regulatory environment and questions about their economic viability, according to both those planning such stations and those who might regulate them.
At a panel discussion on commercial space stations held here Sept. 22 by the Secure World Foundation, government and industry officials noted that such facilities fall into a regulatory gray area, with no U.S. government agency having clear oversight of them as required by international treaty.
“I’m not a fan of regulation, but I do think this could create problems when you ask for a launch license or payload review,” said Mike Gold, director of Washington operations and business growth for Bigelow Aerospace, a North Las Vegas, Nevada-based company planning commercial stations. 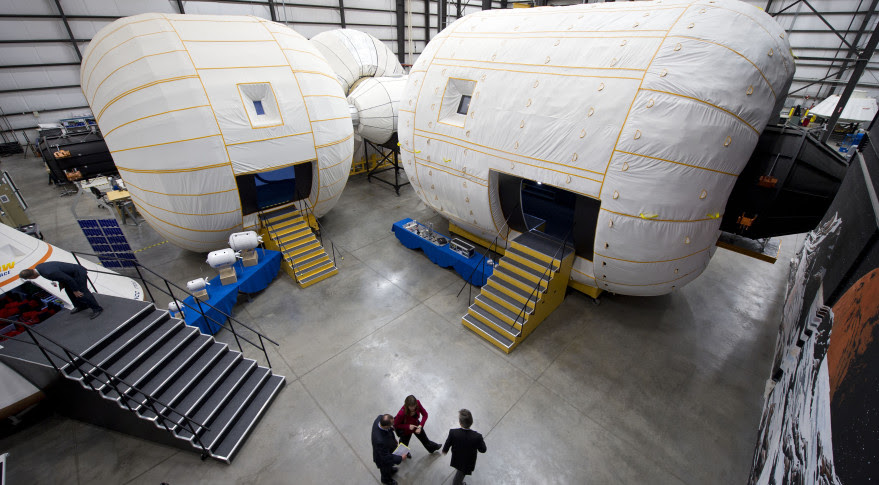 The gorgeous, multicolored remnants of a destroyed star shimmer in stunning new images by the Hubble Space Telecope.
The new set of Hubble photos of the Veil Nebula, which researchers combined into several stunning videos, show a colorful cloud of material 110 light-years wide that lies about 2,100 light-years from Earth in the constellation Cygnus (The Swan).
The Veil Nebula's beauty belies its violent origins: The structure formed about 8,000 years ago, after a star 20 times more massive than the sun died in a supernova explosion, researchers said.


Space Takes its Place in Canada’s 3-Way Race
VICTORIA, British Columbia ­— Space is playing a small but key role in Canada’s federal election campaign as parties position themselves with promises to help the domestic space industry if elected.
Both the Liberal and New Democratic parties are vowing to commit to and move ahead with a long-term plan for space. The Conservative Party had promised to release a long-term space strategy in 2014 but never did so. However, it is has committed to funding a number of projects including the Thirty Meter Telescope.
The Liberals, New Democrats and Conservative parties are in a tight three-way race to form the next Canadian government after the Oct. 19 election. 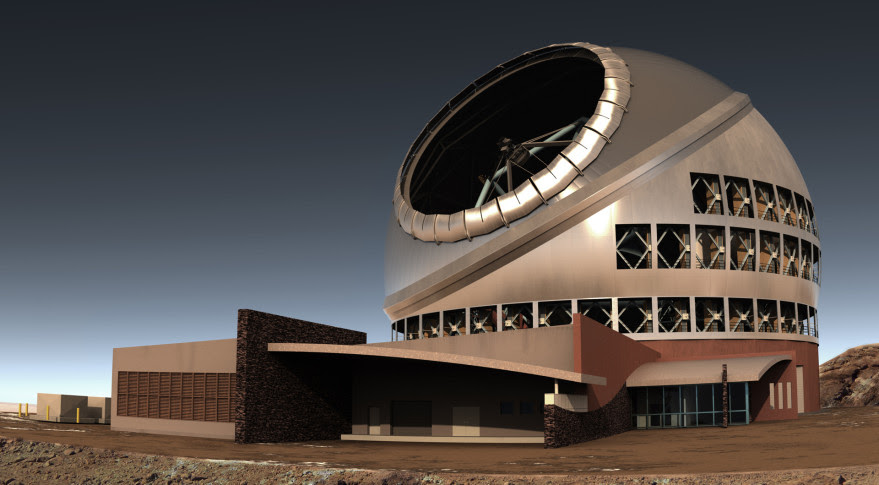 NASA Tests Lunar Rover Prototype with Eye Toward Flying Real Thing
WASHINGTON — The prototype of a rover designed to search for water ice at the poles of the moon passed a series of tests on Earth in August as project officials seek to line up funding and potential partnerships for the mission.
A NASA team put the prototype version of the Resource Prospector rover, dubbed RP15, through its paces on a test site dubbed the “rock yard” at the Johnson Space Center, testing some of the technologies needed to operate on the lunar surface.
“We wanted to take what we had learned so far and actually attempt to do an entire terrestrial mission, with as high a fidelity we could afford with the budget we’re given,” Dan Andrews, Resource Prospector project manager at NASA’s Ames Research Center, said in an Aug. 31 presentation at the American Institute of Aeronautics and Astronautics’ Space 2015 conference in Pasadena, California. 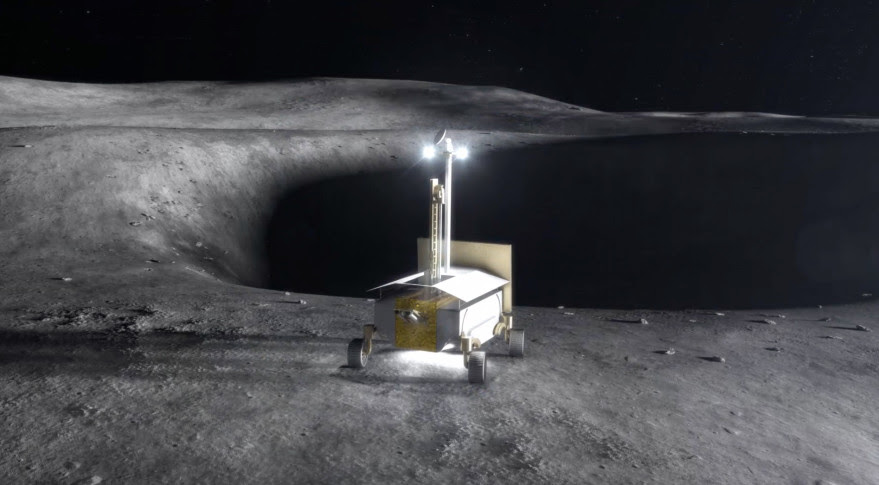 NASA's newest Mars probe has now been circling the Red Planet for a year.
The Mars Atmosphere and Volatile EvolutioN (MAVEN) spacecraft arrived in orbit around the Red Planet on Sept. 21, 2014, 10 months after blasting off from Florida's Cape Canaveral Air Force Station.
MAVEN endured a two-month checkout phase on orbit and then began studying Mars' atmosphere, in an attempt to determine how fast the planet's air is escaping into space. Such information will help researchers better understand how and when Mars shifted from a relatively warm and wet world in the ancient past to the cold and dry planet it is today, NASA officials have said.

Pairs of black holes circling around each other, getting closer and closer to crashing together, may create ripples in space and time — but new research suggests that these ripples are milder than previously thought.
A new paper searching for signs of these space-time ripples — known as gravitational waves — came up empty, suggesting that theorists need to rethink their models of these monster pairs. The new work affects searches for gravitational waves using pulsars — dead stars that appear to create regular pulses of light, not unlike a lighthouse.
Gravitational waves were originally predicted by Albert Einstein, but no one has ever found direct evidence they exist. The new work will help scientists as they move forward in their search; and down the road, these searches could illuminate details about merging galaxies in the universe.

Buzz Aldrin set foot on the moon, and his new book encourages kids to take the first steps onto Mars.
In "Welcome to Mars: Making a Home on the Red Planet" (National Geographic Children's Books, 2015), astronaut Buzz Aldrin invites kids to set a course for Mars as he delves into its history and environment as well as plans for a manned mission. Along with co-author Marianne Dyson, an author, physicist and NASA flight engineer, Aldrin guides the reader through the steps of getting to, exploring and colonizing the planet.
Young readers learn what they will need to get to Mars (and what they won't need on the Red Planet — such as a lawn mower, coat, umbrella, bug spray and a boat) and are introduced to activities that help explain the conditions on the planet, incorporating string, toy cars, microwaves, marshmallows and balloons into various explorations. The book goes through a detailed, fun history of all the missions to Mars so far and the information those missions have brought back before giving details about how humans might set foot there.

PASADENA, Calif. — A new way to harvest asteroid resources is being eyed as a possible game changer for space exploration.
The patent-pending innovation, called "optical mining," could allow huge amounts of asteroid water to be tapped, advocates say. This water, in turn, could provide relatively cheap and accessible propellant for voyaging spacecraft, lowering the cost of spaceflight significantly.
Development of the optical-mining idea has been funded by a NASA Innovative Advanced Concepts (NIAC) fellowship and grant, along with a small business contract. The concept — which is also known as the Asteroid Provided In-Situ Supplies plan, or Apis — was detailed here during a special NIAC session held on Sept. 2 during the American Institute of Aeronautics and Astronautics' (AIAA) Space 2015 meeting.