Two space travelers on the International Space Station are entering rarely tread territory as they pass the six-month mark in a yearlong stay in orbit. The mission will help scientists understand how humans might cope with a journey to Mars.

American astronaut Scott Kelly and Russian cosmonaut Mikhail Kornienko have been living on the space station for about six months and won't be going home for another half-year. Their yearlong space mission is about twice as long as a typical extended stay on the station, so compared to typical astronauts, they're spending twice the time away from friends and family, twice the time in weightlessness, and twice the time exposed to space radiation — and experiencing twice the dose of physical and mental stress.

SpaceX will loft one satellite for the Spanish company Hispasat on its Falcon 9 rocket and launch Saudi Arabia's Arabsat 6A spacecraft on a Falcon Heavy. The launches will take place from Florida's Cape Canaveral Air Force Station in late 2017 or 2018, SpaceX representatives said.

How Jeff Bezos and Other Billionaires Are Transforming Space Travel

Amazon.com founder and CEO Jeff Bezos isn't the only billionaire who wants to put his stamp on spaceflight.

Bezos announced Tuesday (Sept. 15) that Blue Origin, the private spaceflight company he established in 2000, will manufacture and launch a fleet of reusable vehicles from Florida's Cape Canaveral Air Force Station, with the first flights scheduled to begin by the end of the decade.

The news is creating quite a stir. But so are the activities of spaceflight companies headed by Elon Musk, Richard Branson and Paul Allen — all billionaires themselves. Here's a brief rundown of how the megarich are helping shape the exploration and exploitation of space.

Curiosity's science team says the newly imaged dunes look similar to "crossbedding," structures formed by wind-deposited sand dunes such as those in the U.S. southwest. By looking at the sand dunes' geometry and orientation, scientists can get information about the winds that created the dunes.

"The Stimson unit overlies a layer of mudstone that was deposited in a lake environment," NASA officials said in a statement. "Curiosity has been examining successively higher and younger layers of Mount Sharp, starting with the mudstone at the mountain's base, for evidence about changes in the area's ancient environment."

Something strange is happening on Io: The Jupiter moon's vigorous volcanoes are mysteriously offset from where scientists expected, and its underground magma oceans may be the cause.

A new model suggests that worlds caught in an intense push and pull of gravity, like the volcanic moon Io, are likely to have below-ground oceans of magma or water that stick around for a long time — in the water's case, providing a potential hotspot for the development of life.

"This is the first time the amount and distribution of heat produced by fluid tides in a subterranean magma ocean on Io has been studied in detail," Robert Tyler, the lead author of the new research from the University of Maryland, College Park and NASA's Goddard Space Flight Center, said in a statement. "We found that the pattern of tidal heating predicted by our fluid-tide model is able to produce the surface heat patterns that are actually observed on Io."

When the moon blocked the sun in a partial solar eclipse on Sunday (Sept. 13) a European satellite managed to catch the celestial event on camera not once but three different times. Meanwhile, back on Earth, viewers in South Africa saw it just once, but were still able to enjoy the view.

The European Space Agency's (ESA) satellite Proba-2, which focuses on the sun, captured three times as much eclipse as Earth did by dodging in and out of the moon's shadow as it orbited the planet. In each pass through the moon's shadow, the satellite caught the dark sphere of the moon covering part of the sun, acquiring a thick, fiery solar halo in the satellite's extreme ultraviolet SWAP imager. At Space.com, we assembled Proba-2's view of the solar eclipse in a gallery alongside other images by skywatchers on Earth. 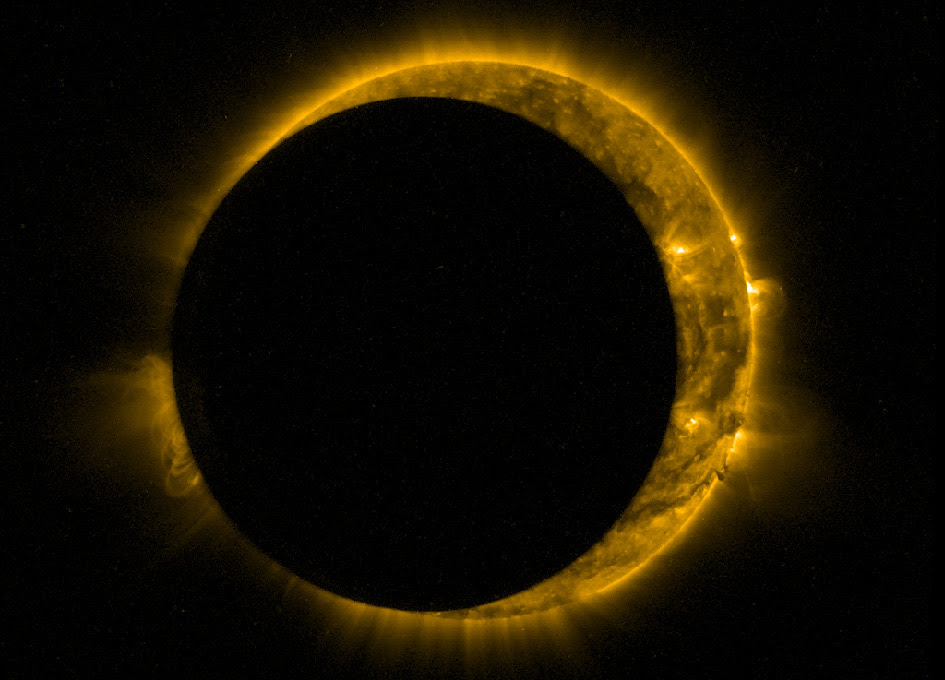 Three astronauts returned to Earth from the International Space Station Friday evening (Sept. 11), taking the orbiting lab's population back down to its normal level of six crewmembers.

The landing marked the end of a quick mission for Mogensen and Aimbetov, who had arrived at the $100 billion orbiting complex just last Friday (Sept. 4). Padalka, on the other hand, had been aboard for the usual 6-month stint.

The launch, from the Russian-run Baikonur Cosmodrome in Kazakhstan, was the second since Proton’s May failure. The Proton vehicle used a new version of the DM upper stage and not the Breeze-M upper stage that in recent years has replaced DM aboard Proton.

Express AM8 is owned by the Russian Satellite Communications Co. (RSCC) of Moscow, which has suffered from Proton’s error-prone record in the past six years more than any other company. 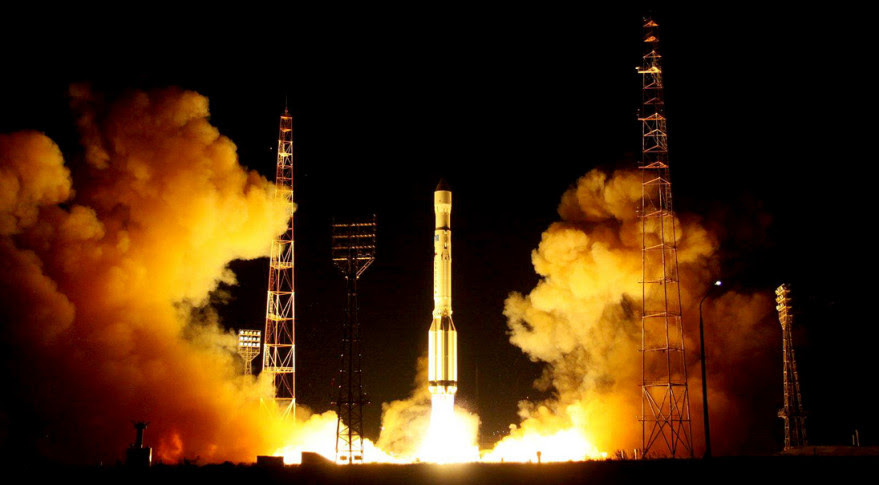 Posted by Anonymous at 3:10 PM