A new partnership could pave the way for the first off-Earth assembly line.
Space manufacturing company Made In Space is teaming with NanoRacks, which helps commercial customers make use of the International Space Station, to develop an orbital construction-and-deployment service for tiny satellites known as cubesats.
The service, which the two companies are calling Stash & Deploy, will cache a variety of standard and custom cubesat parts aboard the space station. Many of these components will be built by Made In Space's Additive Manufacturing Facility (AMF), a commercial-scale 3D printer that the company aims to launch later this year

A magnificent blue glow lights up this skywatching image of the Milky Way and crashing waves.
Photographer Jeffrey Berkes took this image from Cannon Beach in Oregon around the Haystack Rock Bird Sanctuary in July. The blue bioluminescent glow in the coastal waters of the Pacific Ocean serves as a stunning earthly counterpart to the stars of the Milky Way shining brilliantly overhead.

Six new "Marstronauts" will head to Hawaii to spend a year there inside a mock Red Planet base, starting Aug. 28.
Officials with the Hawaii Space Exploration Analog and Simulation  (HI-SEAS) mission announced the selection of the six scientists on July 29.
"The longer each mission becomes, the better we can understand the risks of space travel," Kim Binsted, HI-SEAS principal investigator and a professor at University of Hawaii at Mānoa, said in a statement.

NASA needs your help to bolster current earthquake detection technologies, and they’re offering $25,000 to the team that develops the best way to detect an oncoming quake.
The space agency calls its challenge the "Quest for Quakes," and seeks to inspire new software codes and algorithms to identify electromagnetic pulses (EMP) that scientists theorize precede an earthquake.
Scientists have debated the connection between electromagnetic pulses and earthquakes for years, some believing distinct ultra-low frequency EMPs that emanate from the ground near earthquake epicenters for weeks prior to moderate and large quakes can be measured and used to warn people before an earthquake happens. 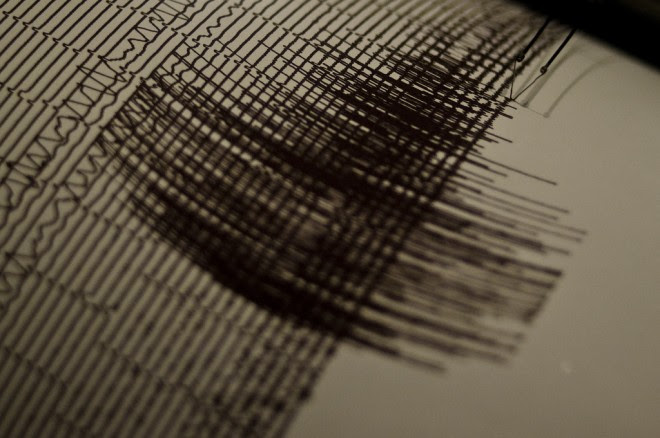 Gallery: The Most Memorable Spacewalks in History

The team mapping out NASA's mission to the ocean-harboring Jupiter moon Europa met for the first time last week.
Scientists and engineers on the mission, which seeks to determine if Europa is capable of supporting life, got together at NASA's Jet Propulsion Laboratory (JPL) in Pasadena, California. The chief goal of this first meeting was to start refining the mission's planned science operations, with a particular emphasis on how its nine instruments will work together to investigate Europa's habitability, agency officials said.
"That's why we're here, in one room, at the very start of the project," Robert Pappalardo, Europa project scientist at JPL, said at the meeting, according to a NASA press release. "So we can begin to function as one team, to understand the cross-cutting science issues we all face, and so we can use all of our tools together to understand Europa. Asteroid Mining May Be a Reality by 2025

Asteroid mining could shift from sci-fi dream to world-changing reality a lot faster than you think.
Planetary Resources deployed its first spacecraft from the International Space Station last month, and the Washington-based asteroid-mining company aims to launch a series of increasingly ambitious and capable probes over the next few years.
The goal is to begin transforming asteroid water into rocket fuel within a decade, and eventually to harvest valuable and useful platinum-group metals from space rocks.

The first Asteroid Terrestrial-impact Last Alert System telescope is now in operation on Haleakala – on the Hawaiian island of Maui.
Known as ATLAS, the telescope is part of an asteroid impact early-warning system being developed by the University of Hawaii and funded by NASA. Once completed in 2015, ATLAS will consist of two telescopes 100 miles (62 kilometers) apart that will automatically scan the whole sky several times every night looking for moving objects.
The promise of ATLAS is that it can provide one day's warning for a 30-kiloton "town killer," a week for a 5-megaton "city killer" and three weeks for a 100-megaton "county killer."