WASHINGTON — A SpaceX Falcon 9 rocket suffered a failure more than two minutes after liftoff June 28 on a mission to deliver cargo to the International Space Station, an accident that may have repercussions on both space station operations and the debate about funding for NASA’s commercial crew program.

The Falcon 9 lifted off on schedule at 10:21 a.m. EDT Sunday after a problem-free countdown, and in good weather conditions. The launch appeared to be going well until a little more than two minutes after liftoff, when the first stage plume became irregular and, seconds later, the rocket appeared to disintegrate.

“The first stage flight was successful until 139 seconds into that flight. We experienced an anomaly that led to the failure of the mission,” SpaceX President Gwynne Shotwell said at a NASA press conference nearly three hours after the failure.

WASHINGTON — The cargo lost on a SpaceX Dragon spacecraft when its Falcon 9 launch vehicle failed June 28 range from a key piece of hardware for future commercial crew spacecraft to an experiment developed by middle school students, but NASA officials said none of the cargo was critical to the near-term operations of the International Space Station.

The Dragon, flying on the seventh mission under SpaceX’s Commercial Resupply Services contract with NASA, carried 1,867 kilograms of pressurized cargo intended for the ISS, a total that increases to 1,952 kilograms when the weight of the cargo’s packaging is included. That total included 676 kilograms of crew supplies, 461 kilograms of hardware for the ISS, and 529 kilograms of scientific investigations.

The largest, and perhaps most valuable, item lost on the Dragon was an International Docking Adapter (IDA), a 526-kilogram item transported as unpressurized cargo in the “trunk” section of the Dragon spacecraft. The IDA, one of two built by NASA, would have been attached to the station to serve as a docking port for future commercial crew vehicles and potentially other spacecraft. 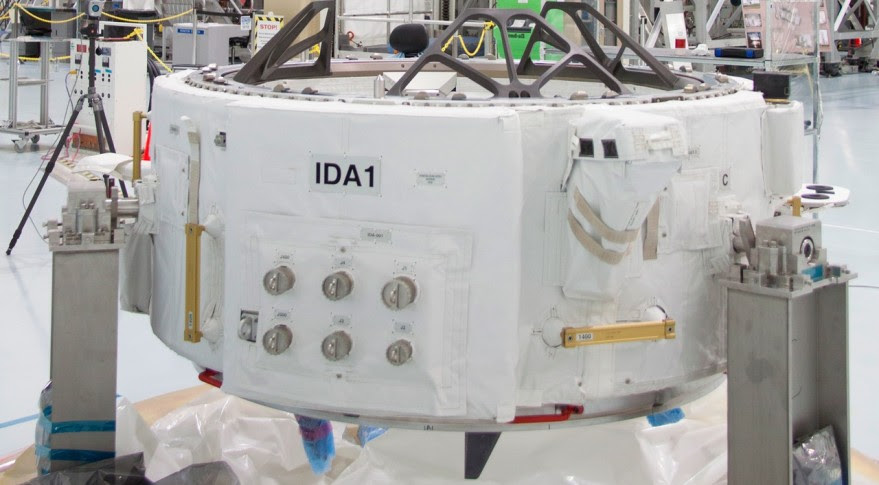 WASHINGTON — In a June 26 video posted to the  Kickstarter crowdfunding website, Bill Nye announced that the Planetary Society surpassed its stretch goal of $1.24 million to fund the 2016 LightSail mission.

Nye, chief executive of the Pasadena, California-based nonprofit, thanked the project’s backers for supporting this final fundraising push. “We are going to have a successful flight thanks to you,” he said.

Jennifer Vaughn, chief operating officer of the Planetary Society, said in a June 11 email that the organization expects to spend some $5 million on the LightSail project. This figure covers the project’s 2009 start to the a projected end-date in February 2017 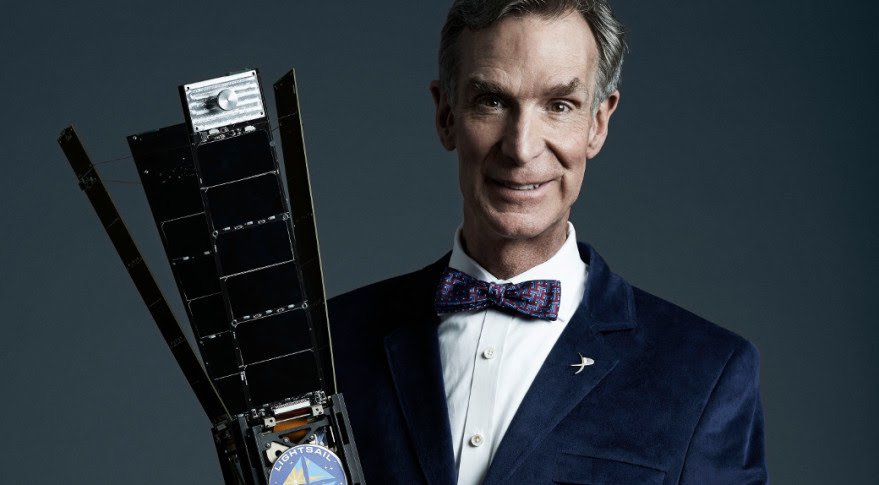 Government Agencies Differ on Use, Usefulness of Cubesats

WASHINGTON — As interest in the use of cubesats continues to grow, U.S. government agencies are taking very different approaches regarding their use, with some openly embracing them as useful scientific tools and others more skeptical about their effectiveness.

A June 22 meeting of an ad hoc committee of the National Research Council (NRC) on the scientific utility of cubesats also revealed different approaches in how agencies manage cubesat development efforts, with some taking a far more decentralized approach than others.

One of the biggest advocates for cubesats has not been NASA but the National Science Foundation (NSF), which has funded a small program for space science cubesat missions since 2008. “Cubesats can help us provide some of these measurements that we badly need,” said Therese Moretto Jorgensen, who manages NSF’s cubesat program. “Cubesats can’t do everything, but they can help.” 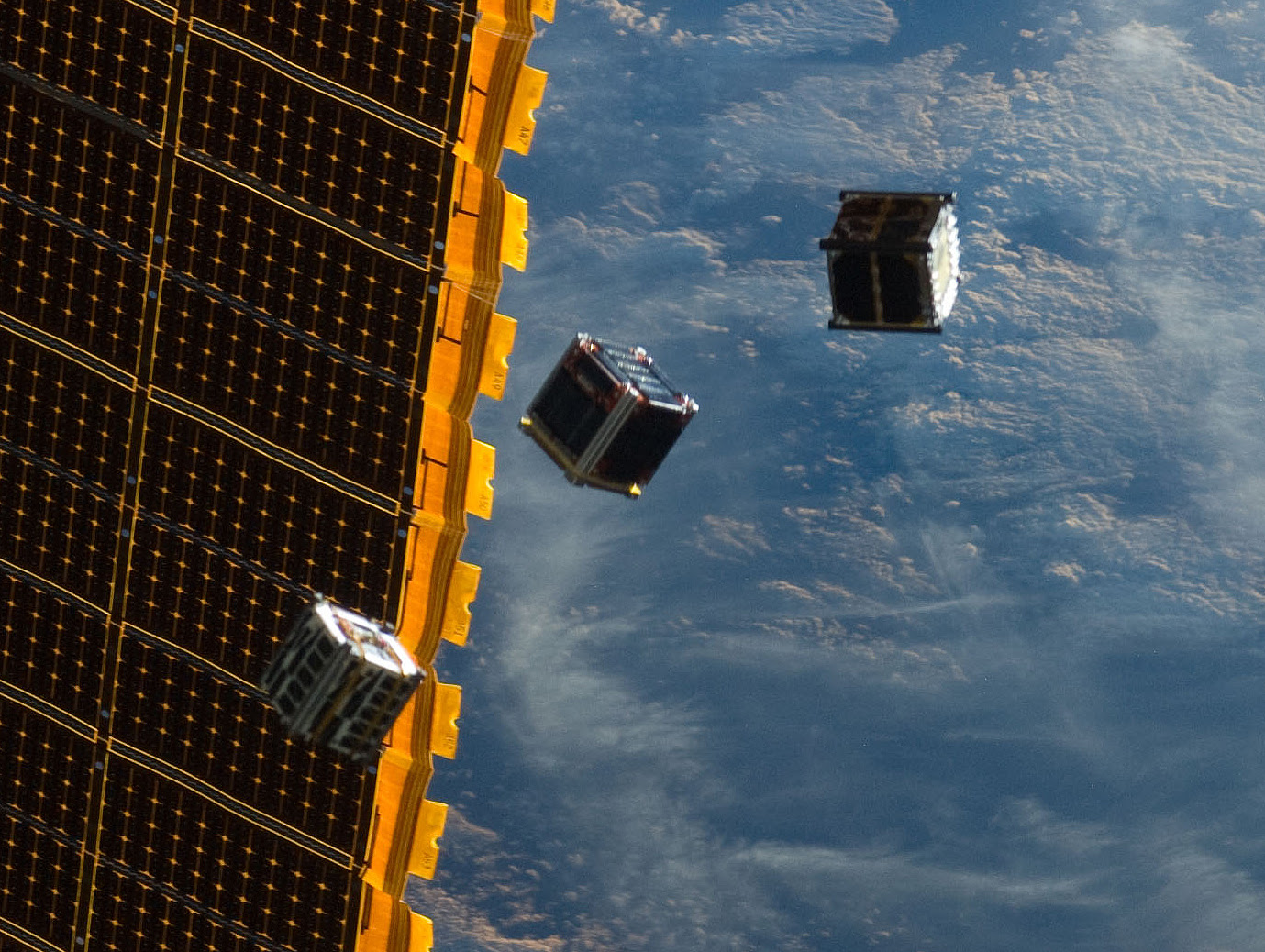 New Horizons Probe is Ready for its Pluto Close-up

WASHINGTON — After nearly nine-and-a-half years of flight, and an even longer effort to build it, NASA’s New Horizons spacecraft is poised to provide scientists with their first — and, perhaps for many decades, only — close-up look at the dwarf planet Pluto and its moons.

New Horizons will make its closest approach to Pluto on July 14, passing approximately 12,500 kilometers above the dwarf planet’s surface at 7:50 a.m. EDT. Less than 15 minutes later, it will pass within 29,000 kilometers of the largest of Pluto’s five moons, Charon.

The spacecraft is in good health, project officials said in recent updates, with no known issues that could affect the flyby. They have kept a close watch on any dust rings, moons or other debris in the vicinity of Pluto that could pose a risk to New Horizons and possibly force it to take a safer, but more distant, trajectory. 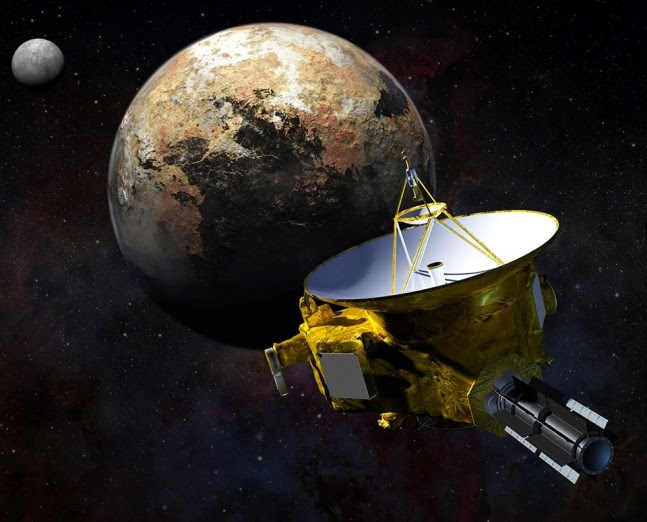 Asteroid Redirect Mission To Redirect Asteroid, After All

WASHINGTON — NASA has at last confirmed something that seemed implicit until it was not: That redirecting an asteroid sample to lunar orbit is indeed the goal of the agency’s proposed Asteroid Redirect Mission (ARM).

It was a complete change of tack from the answer Lindley Johnson, head of NASA’s Near Earth Object Observations Program, gave in January at SBAG’s last public meeting. At that time, Lindley framed asteroid redirection as a nice-to-have goal, noting that “at a certain level, objectives are tradable.” 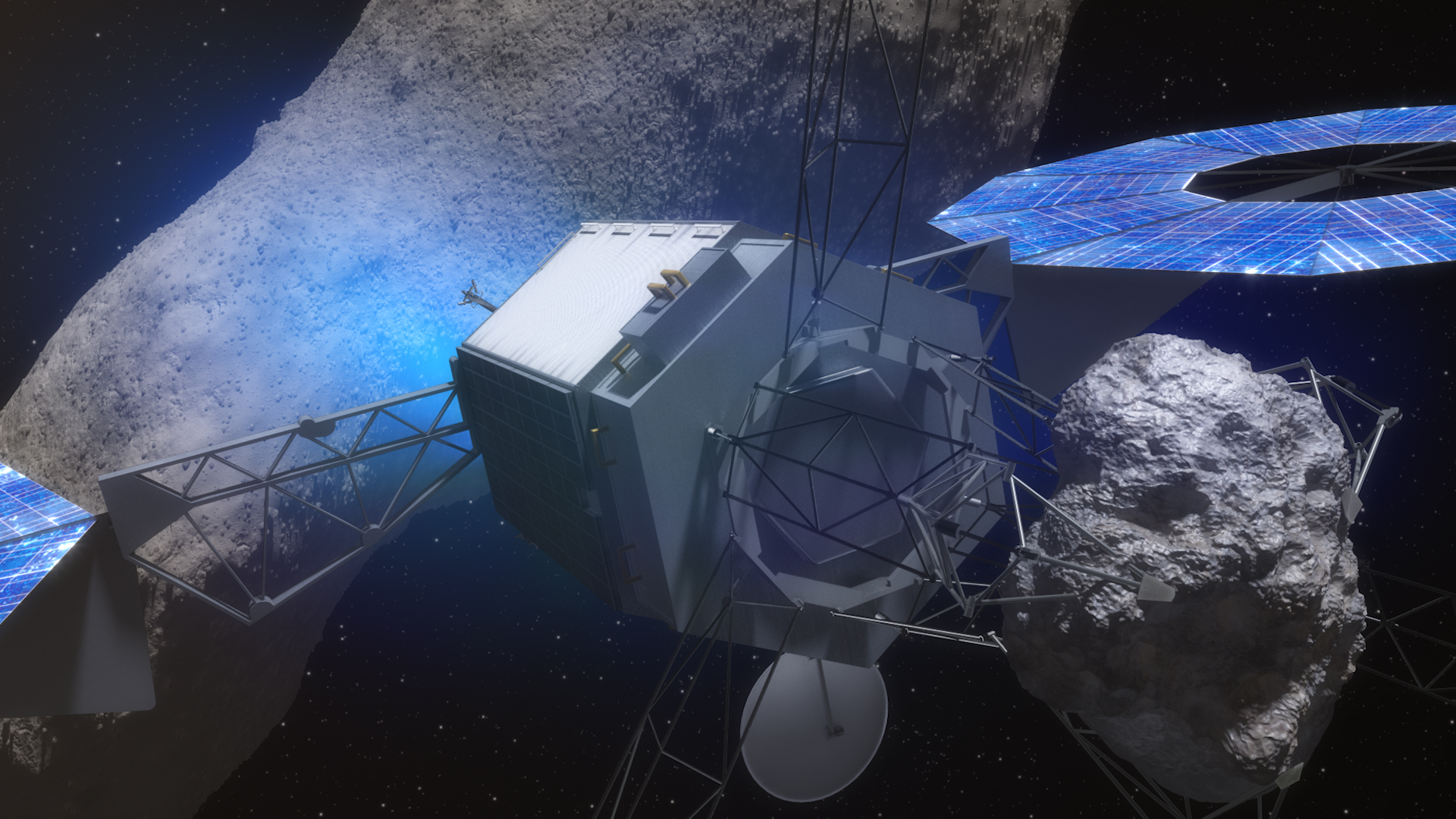 PARIS — Officials with the Arianespace launch consortium said July 6 that oil contamination concerns that postponed the launch of a European weather satellite and a Brazilian telecommunications satellite aboard an Ariane 5 rocket had been resolved and that the mission is now scheduled for July 15.

The launch of the MSG-4 and Star One C4 satellites had been scheduled for July 8 but was postponed after oil was spotted on the rocket’s fairing.

Evry, France-based Arianespace initially declined to specify the cause of the delay, saying only that “additional checks as part of the preparation of [the] mission” were needed before proceeding with the launch. 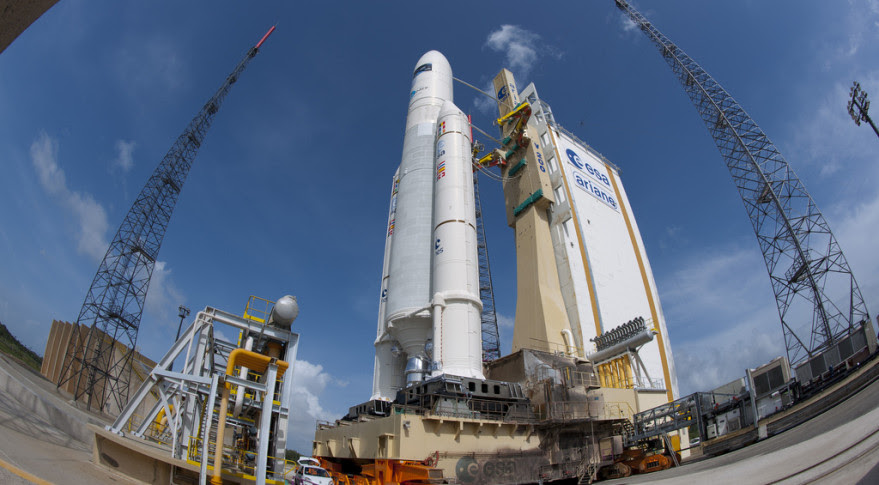 WASHINGTON — NASA and SpaceX plan to postpone an in-flight abort test of the crewed version of SpaceX’s Dragon spacecraft until after an orbital test flight, a decision they say is not linked to the June 28 Falcon 9 launch failure still in the early phases of its investigation.

In a July 1 statement, NASA announced SpaceX was delaying the test, where a Dragon spacecraft separates from its Falcon 9 launch vehicle during ascent, from later this year until after an orbital test flight of the crewed version of the Dragon vehicle. That test flight, which would not carry people onboard, is currently planned for late 2016 under SpaceX’s Commercial Crew Transportation Capability contract with NASA.

SpaceX’s original plans for the in-flight abort test called for using the same Dragon spacecraft that flew in a pad abort test in May from Cape Canaveral Air Force Station. However, the Dragon design has changed since construction of that spacecraft started more than two years ago, so SpaceX will instead use the Dragon that flies the uncrewed test flight. 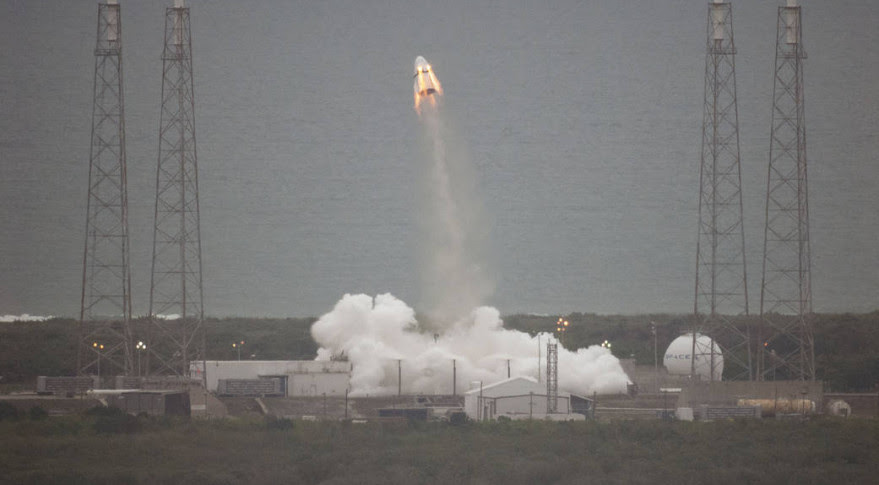