“It was a textbook homecoming for the Expedition 43 crew,” a NASA presenter said after the descent capsule of the Soyuz TMA-15M spacecraft touched ground amid waving feathergrass at 1944 local time, some 92 miles southeast of Zhezkazgan in central Kazakhstan.

“They have landed!” read a big screen at Russia’s Mission Control outside Moscow. The capsule, charred by extreme heat on re-entry, landed upright, allowing search and recovery teams to expedite the crew’s evacuation. 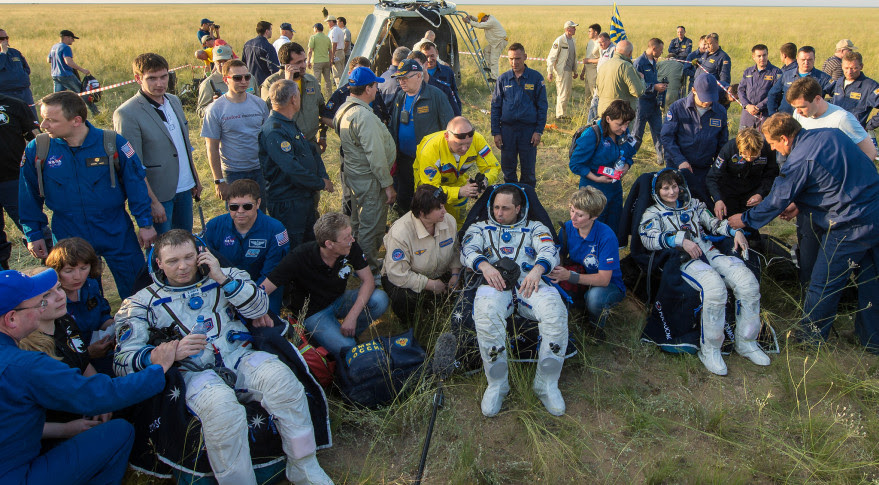 PARIS — The inaugural launch — aboard a Russian Dnepr — of mobile satellite service provider Iridium’s second-generation constellation may slip beyond October but the company is still on track to put 72 satellites into orbit by late 2017, Iridium Chief Executive Matt Desch said June 10.

Addressing an investor conference, Desch said McLean, Virginia-based Iridium Communications is now securing an insurance policy for the launches but will be able to limit the cost because it is already building spare satellites.

Desch also said Iridium gets a free relaunch from Hawthorne, California-based SpaceX if the SpaceX Falcon 9 rocket fails. Iridium has booked seven Falcon 9 launches from Vandenberg Air Force Base, California, to occur between early 2016 and late 2017. 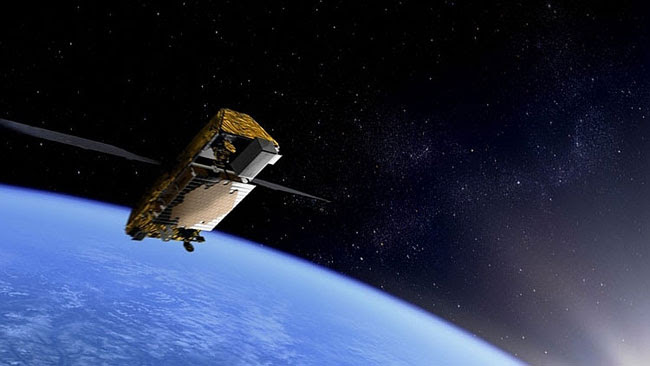 An English high school student has become perhaps the youngest person ever to discover an alien planet.

Fifteen-year-old Tom Wagg first detected the gas-giant exoplanet two years ago, while doing work-experience study at Keele University in England. Further observations have now confirmed the existence of the alien world, which lies about 1,000 light-years from Earth and is known as WASP-142b.

"I'm hugely excited to have a found a new planet, and I'm very impressed that we can find them so far away," Wagg, now 17, said in statement

A space historian and one half of the team behind the new title, "Spaceshots and Snapshots of Projects Mercury and Gemini: A Rare Photographic History," now available from University of New Mexico Press, he has almost assuredly already seen the photos. In fact, it's not uncommon to find him calling out the false descriptions.

"When we would go into any bookstore, we would naturally check out the space books," John Bisney, Pickering's co-author, said about the catalyst that led to their new book, which presents some of the truly seldom reproduced shots from NASA's first piloted space programs. "We'd pull them out, look through them, and it would always be like, 'Seen that, seen that, seen that.'"

NASA's highly anticipated mission to Europa in the next decade may be just the beginning of an ambitious campaign to study the ocean-harboring Jupiter moon.

In the early to mid-2020s, NASA plans to launch a mission that will conduct dozens of flybys of Europa, which many astrobiologists regard as the solar system's best bet to host life beyond Earth. Space agency officials hope this effort paves the way for future missions to Europa — including one that lands on the icy moon to search for signs of life.

A new NASA Web tool called "Pluto Time" allows people around the world to experience the light levels that prevail at noon on the dwarf planet.

Users enter their location, and Pluto Time tells them the next available opportunity to go outside and see what midday Plutonian rays would look like. (Everyone has two chances each day, around dusk and dawn.)

NASA is also encouraging users of the tool to take photos during their local Pluto Time and share the images via social media with the hashtag #PlutoTime.

It wasn't exactly smooth sailing, but The Planetary Society's cubesat got the job done in the end.

"Sail deployment began at 3:47 p.m. EDT (19:47 UTC) off the coast of Baja California, Mexico, as the spacecraft traveled northwest to southeast," The Planetary Society's Jason Davis wrote in a mission update Sunday.

The 100-foot-wide (30 meters) chute — the biggest supersonic parachute ever deployed — was apparenty torn apart today (June 8) during the second flight test of NASA's Low-Density Supersonic Decelerator (LDSD) vehicle, which the space agency built as part of an ongoing effort to learn how to get superheavy payloads such as habitat modules down softly on the surface of Mars.

"Chute deployed, but did not inflate. We'll study data from this test to learn & improve," NASA officials said today via the agency's Twitter account, @NASA.

WASHINGTON – A new missile interceptor co-developed by the United States and Japan made its maiden flight June 6 in a non-intercept test.

The Standard Missile (SM)-3 Block 2A interceptor, developed under an agreement signed in 2006, is a bigger and more capable version of the Raytheon-built SM-3 Block 1A and 1B interceptors, which are part of the U.S. Missile Defense Agency's sea-based Aegis Ballistic Missile Defense system. Designed for deployment on ships or on land, the Block 2A features second and third stages that are wider, at 53 centimeters, than those on the current SM-3 variants, giving it the range and velocity needed to engage medium and intermediate-range ballistic missiles.

In the test, the missile launched from the Point Mugu Sea Range on San Nicolas Island in California, according to a June 7 press release from the MDA. The test was designed to provide performance data on key components of the interceptor, including its nose cone, steering control mechanism, and booster separation systems.

In a May 29 filing with the U.S. Federal Communications Commission, SpaceX sought an experimental Ku-band communications license for two spacecraft, named MicroSat-1a and MicroSat-1b, that it plans to launch in 2016 on a Falcon 9. The satellites will operate in near-polar orbits at an altitude of 625 kilometers.

The company said the two satellites are the first of series of six to eight “test and demonstration” spacecraft the company plans to launch. “These are prototype engineering verification vehicles that will enable in-space performance assessment and rapid iteration of technologies,” the company said in its filing. “A main objective of the test program is to validate the design of a broadband antenna communications platform (primary payload) that will lead to the final LEO constellation design.” 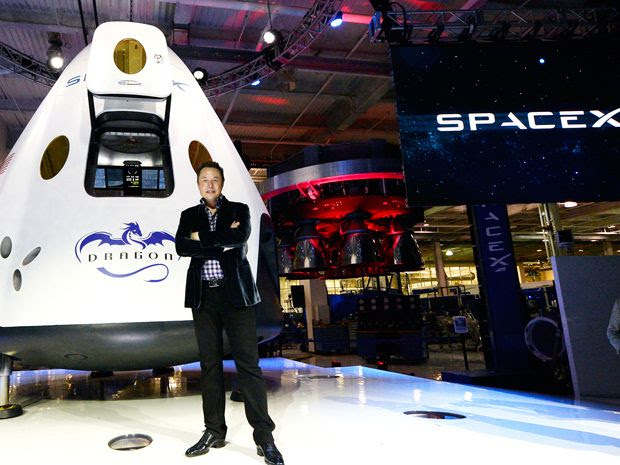 LES MUREAUX, France – Airbus Defence and Space on June 5 unveiled the product of what it said was a five-year effort to design a reusable Ariane rocket first-stage engine and avionics package, a project company official said was stimulated by SpaceX’s work on reusable rockets.

Airbus officials said they believe they have resolved some of the issues inherent in Hawthorne, California-based SpaceX’s reusability effort, notably the exposure of the first stage engine to high-speed stresses as it descends through the atmosphere to its landing zone.

Airbus’s Adeline — short for Advanced Expendable Launcher with Innovative engine Economy — also imposes a much smaller performance penalty on its rocket than is the case for SpaceX’s reusable Falcon 9 first stage, all the while reusing 80 percent of the stage’s economic value — the engine, avionics and propulsion bay. 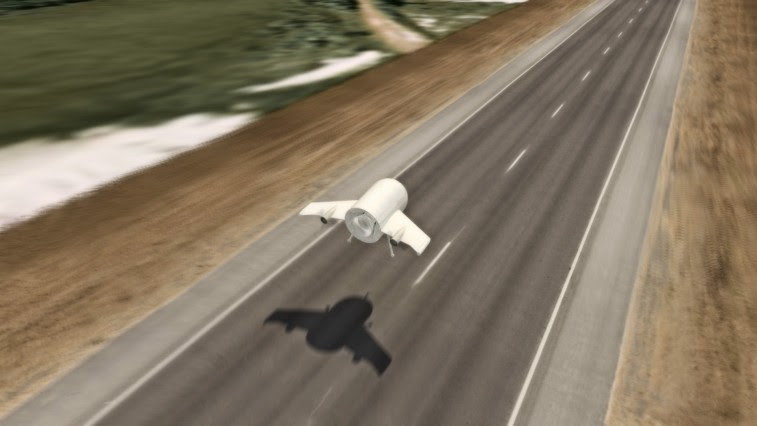