A NASA prototype for a Mars lander parachute, which the agency calls its "flying saucer," will launch on its second test flight on Monday (June 8) at 1:30 pm ET from Hawaii after a six-day delay due to rough ocean conditions and bad weather. NASA announced Friday that the mission had been delayed to Monday at the earliest. If the Monday attempt goes forward, you can watch the action live here beginning at 1 p.m. ET (1700 GMT).
Read the full story here

HOUSTON — NASA's historic Mission Control is soon to be made even more historic.
The agency's original control room in Houston, which first went active 50 years ago Wednesday (June 3), has been dormant since 1992. A National Historic Landmark, today it is a public tour stop and features the authentic consoles used for the Apollo 11 moon landing and Apollo 13 in-flight emergency, among 40 other space missions.
Now, a restoration effort is getting underway to make sure the room is around for many generations to come.
"It is a place that feels like a cathedral to us," said Apollo-era flight director Glynn Lunney on Wednesday at a press event held in the control room to mark its first 50 years. "I think we would like to see it permanently [preserved]."

A Manned Mission to Mars: How NASA Could Do It

Putting boots on Mars by the end of the 2030s is not just a pipe dream, a new study suggests.
NASA could land astronauts on the Red Planet by 2039 without breaking the bank, provided the space agency takes a stepwise approach that includes a manned 2033 trip to the Mars moon Phobos, according to the research.
"Mars is possible, and in a time horizon of interest," Hoppy Price, of NASA's Jet Propulsion Laboratory in Pasadena, California, said May 20 during a presentation with the space agency's Future In-Space Operations (FISO) working group. "It could happen in our lifetime, and it wouldn't take a trillion dollars to do it."

Space Exploration Changed 50 Years Ago Today: The 1st US Spacewalk

The United States first stepped out into the void of space 50 years ago today (June 3).
On June 3, 1965, NASA astronaut Ed White left the safety of his Gemini 4 spacecraft equipped with a spacesuit, a tether and a small gas gun for maneuvering. Video of that first American spacewalk shows White enjoying the excursion, even as he made spaceflight history.
For about 23 minutes, White floated near the spacecraft with Earth backdropped behind him. His tumbling movements — captured in photos by his commander, Jim McDivitt — are still widely published today. White has described his return to the spacecraft as one of the saddest moments of his life.

WASHINGTON — While NASA does not yet have specific plans for human missions beyond 2021, the agency is in the early stages of developing a sequence of missions in cislunar space in the 2020s to prepare for later missions to Mars.
Those plans, which could involve both international and commercial partners, would test out habitation modules and other technologies on missions around the moon ranging from several weeks to a year.
"The concepts that we're working on today call for us to begin in the early '20s with a set of missions involving Orion to get some early experience in cislunar space, leading to a series of longer missions," said Skip Hatfield, manager of the Development Projects Office at NASA's Johnson Space Center, during a session of the Humans to Mars Summit here May 6. 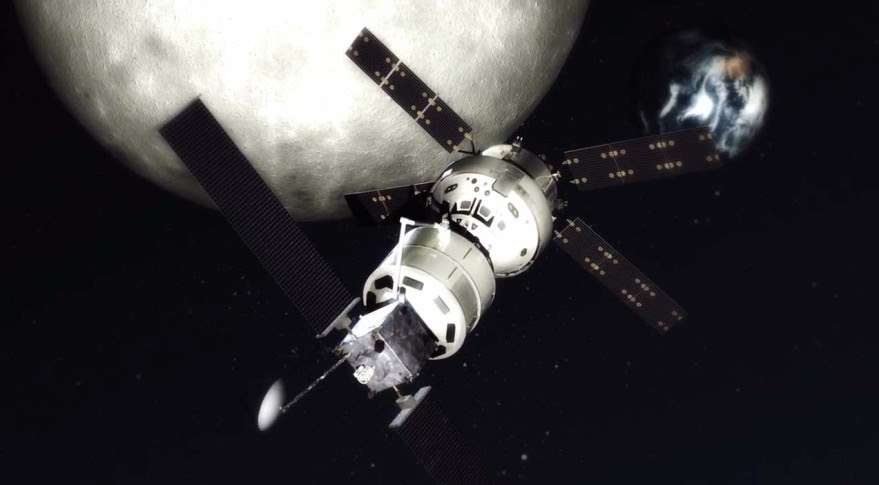 WASHINGTON — SpaceX’s July 22 launch of the U.S. French Jason-3 ocean altimetry satellite has been postponed because of an issue with the spacecraft, the company’s customer, the National Oceanic and Atmospheric Administration, said June 2.
“During spacecraft testing, engineers located contamination in one of the four thrusters on the spacecraft,” NOAA spokesman John Leslie wrote in a June 2 email. “The problem thruster has been replaced.  An investigation into the contamination will continue during the next two weeks, as the new thruster is tested.”
Leslie added that “a new launch date will be announced based on the outcome of the thruster review.” 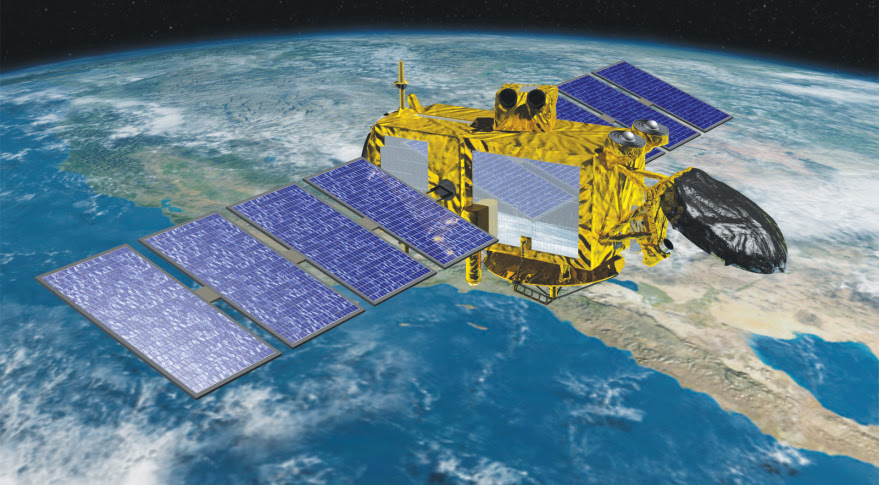 On May 29, Twitter user Kevin Eichelberger scored what will probably go down as the find of his beach-combing career: the briny, barnacle-encrusted wreckage of a SpaceX Falcon 9 rocket.
Eichelberger, who according to his Twitter bio runs a Charleston, South Carolina-based e-commerce company called Blue Acorn, said he’d mail whatever hardware he could pry off the wreckage back to SpaceX HQ in Hawthorne, California. 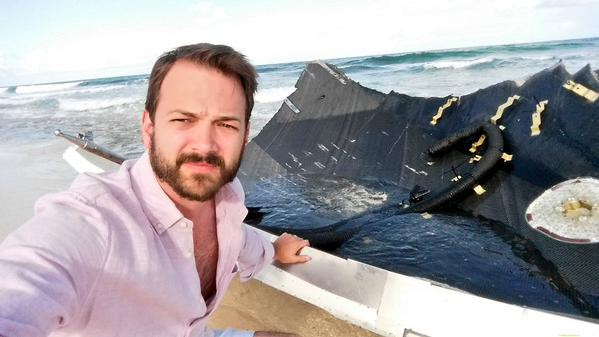 SINGAPORE — Asian satellite fleet operators spent much of the first half of the CASBAA Satellite Industry Forum June 1 worrying about a growing overcapacity in their region and, despite this, the seeming impossibility of industry consolidation.
During the Cable and Satellite Broadcasting Association of Asia forum’s second half, the deputy telecommunications minister from Myanmar said his government would launch its first telecommunications satellite within five years. 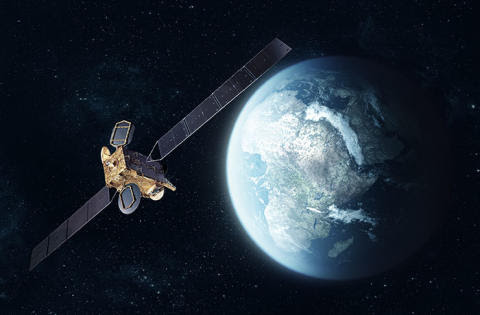 LightSail Back on Track for Solar Sail Deployment

WASHINGTON — After worrisome computer glitches and a miraculous cosmic reboot, the Planetary Society is fairly sure its LightSail test spacecraft successfully raised its side-mounted solar panels Wednesday (June 3), literally clearing the way for deploying the cubesat’s 32-square-meter solar sail Friday.
Jason Davis, a spokesman for the Pasadena, California-based Planetary Society, said late Wednesday night that LightSail’s onboard cameras weren’t able to provide visual confirmation that the craft’s hinged side panels opened, but temperature readings from the panel’s solar cells dropped to -48 Celsius, indicating that the panels were open and no longer in direct sunlight. LightSail’s sensors also showed an increase in angle of the sun relative to the panels and that the craft’s rotational rate had changed. These are also signs of success. 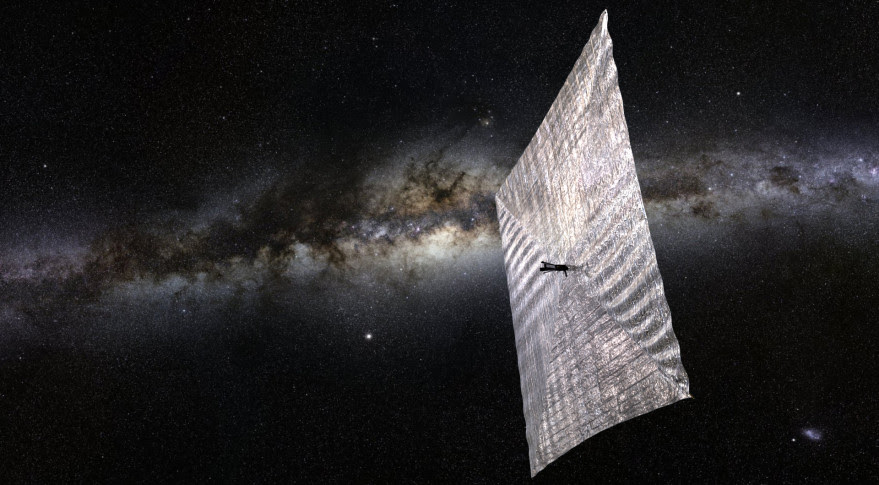 WASHINGTON — As the U.S. House of Representatives approved a spending bill June 3 that provides $18.5 billion for NASA, members promised to revisit funding for at least two of the agency’s major programs later in the budget process.
The House approved the $51.4 billion Commerce, Justice and Science (CJS) appropriations bill, H.R. 2578, on a 242–183 vote, largely along party lines. That vote took place after a two-day floor debate on the bill that included consideration of dozens of amendments, most not related to the space agency. 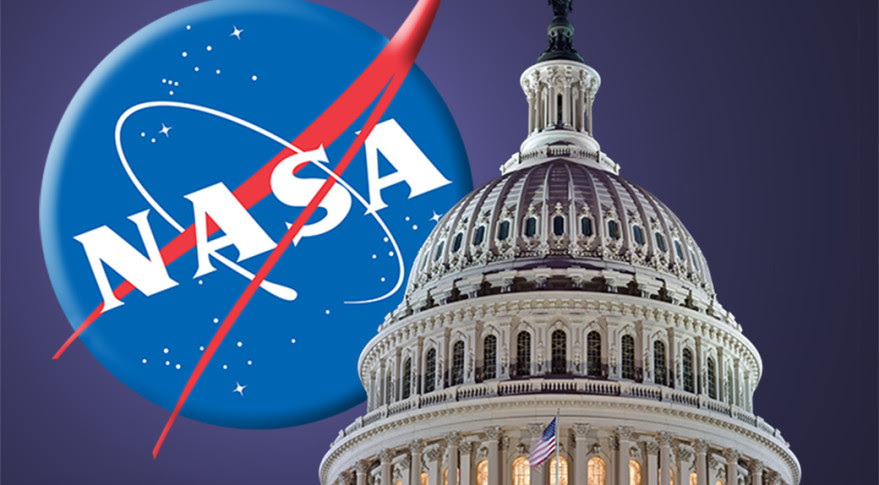