Bill Nye ("The Science Guy") wants you to be a part – and get a part – of a "revolutionary solar sailing spacecraft" mission.

As leader of The Planetary Society, a non-profit dedicated to the exploration of the solar system, Nye has launched a crowdfunding campaign for the LightSail, a "citizen-funded flight by light" that will demonstrate a space travel concept first popularized by Carl Sagan nearly 40 years ago.

Venus Plane Pushed for Next NASA Next Frontiers Mission

WASHINGTON — Northrop Grumman is developing an inflatable, propeller-powered aircraft for a years-long cruise in the sulfurous skies of Venus and is gearing up to enter the concept in NASA's next New Frontiers planetary science competition.

That Northrop believes its Venus Atmospheric Maneuverable Platform, or VAMP, could be ready to compete for about $1 billion in NASA funding as soon as Oct. 1 is a testament to the company's confidence in the concept, which despite arousing the intrigue of some Venus scientists is technically immature and likely to face competition from finalists of NASA's last New Frontiers contest.

NASA is looking for a more efficient way to launch cheap, tiny satellites, which the space agency thinks will play a big role in space science and exploration in the coming years.

The agency is asking commercial launch providers to develop new systems specifically for "cubesats." These days, such bantam craft must generally piggyback aboard big rockets carrying much larger and more expensive satellites as their primary payloads.

WASHINGTON — An ongoing investigation into a failed Progress mission to the International Space Station will postpone both the return of three people currently on the station and the launch of their replacements, NASA announced May 12.

Three new ISS crewmembers — American astronaut Kjell Lindgren, Japanese astronaut Kimiya Yui, and Russian cosmonaut Oleg Kononenko — had been scheduled to launch on the Soyuz TMA-17M spacecraft May 26. That launch is now planned for late July, NASA said. Specific dates for both the crew return and crew launch will be announced “in the coming weeks,” the agency said in a May 12 statement. 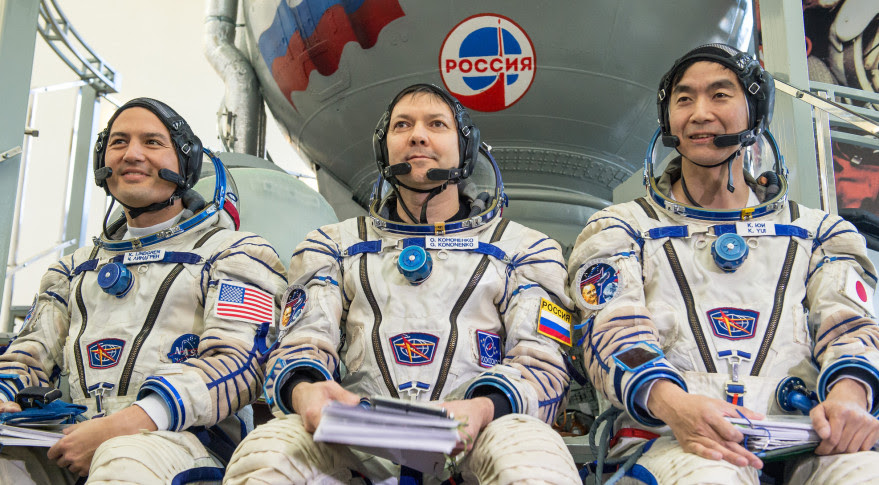 A new six-year analysis of water on Mars suggests that the Red Planet has lost the equivalent of an ocean's worth of water over the past four billion years. However, the question of whether Mars was ever warm enough to have hosted such an ocean has sparked debate.

The research, conducted using the European Southern Observatory's Very Large Telescope (VLT) in Chile, and supported by the WM Keck Observatory and NASA's Infrared Telescope Facility, both in Hawaii, has revealed how much water has escaped from Mars' atmosphere throughout its history. The results suggest that the lost water could have once filled an ocean in Mars' northern lowlands to a depth of up to 1 mile (1.6 kilometers), covering 19 percent of the Red Planet's surface

WASHINGTON — Rocket engine builder Aerojet Rocketdyne, in partnership with two other companies, is interested in obtaining the production and launch rights to United Launch Alliance’s Atlas 5 rocket, currently the mainstay of the U.S. military fleet.

In theory, the consortium would use Aerojet’s AR-1 engine, currently in development, to replace the controversial Russian-made RD-180 engine used on the Atlas 5 today. The consortium includes Dynetics, the Huntsville, Alabama-based engineering company, and Shafer Corp., the Arlington, Virginia-based science and engineering contractor led by former NASA Administrator Mike Griffin. 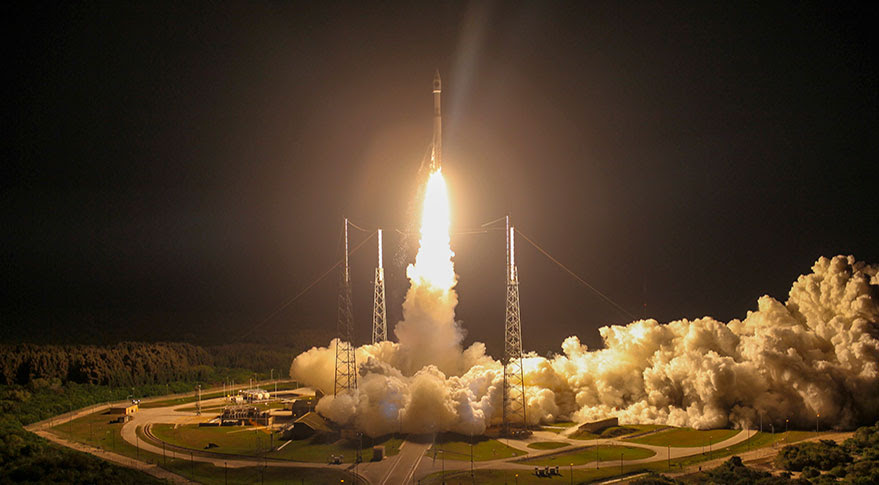 Tiny space probes are set to make a giant leap away from Earth's neighborhood.

Small and economical "cubesats" already eye our planet from orbit. But such bantam craft are about to start pushing out into deep space, helping researchers study and explore the moon, asteroids and other distant bodies.

Cubesats are an exciting new tool that "will enable some new kinds of measurements to be made and, in some cases, whole new missions to be done," said Robert Staehle, of NASA's Jet Propulsion Laboratory (JPL) in Pasadena, California, who led a 2013 study investigating the feasibility and potential of interplanetary cubesats.

The Air Force announced May 7 that it had amended its Cooperative Research and Development Agreement (CRADA) with SpaceX that lays out a new path to certification. The changes are based on recommendations from an independent expert committee that was tasked to review the certification process, which has taken far longer than anticipated.

NASA has funded 15 ambitious tech concepts in the hopes that one or more of them may have a huge impact on space science or exploration down the road.

The new ideas funded by the NASA Innovative Advanced Concepts (NIAC) program include a squid-like amphibious rover that could explore icy, ocean-harboring moons such as the Jupiter satellite Europa; a proposal to mine water from asteroids using concentrated sunlight; and "WindBots" that would cruise through the skies of Jupiter and Saturn, drawing energy from the gas giants' magnetic fields and powerful winds.

PARIS — The two commercial geostationary-orbit telecommunications satellites launched March 1 aboard a SpaceX Falcon 9 rocket — a launch that debuted the rocket’s dual-launch-to-geo capability and a new all-electric satellite design by Boeing — are expected to reach their final orbits at least a month ahead of schedule, their owners said.

The owners, ABS of Bermuda and Eutelsat of Paris, said a particularly good launch injection by the Falcon 9 is the main reason why the ABS-3A and the Eutelsat 115 West B spacecraft will reach their operating stations in late August and late September, respectively. 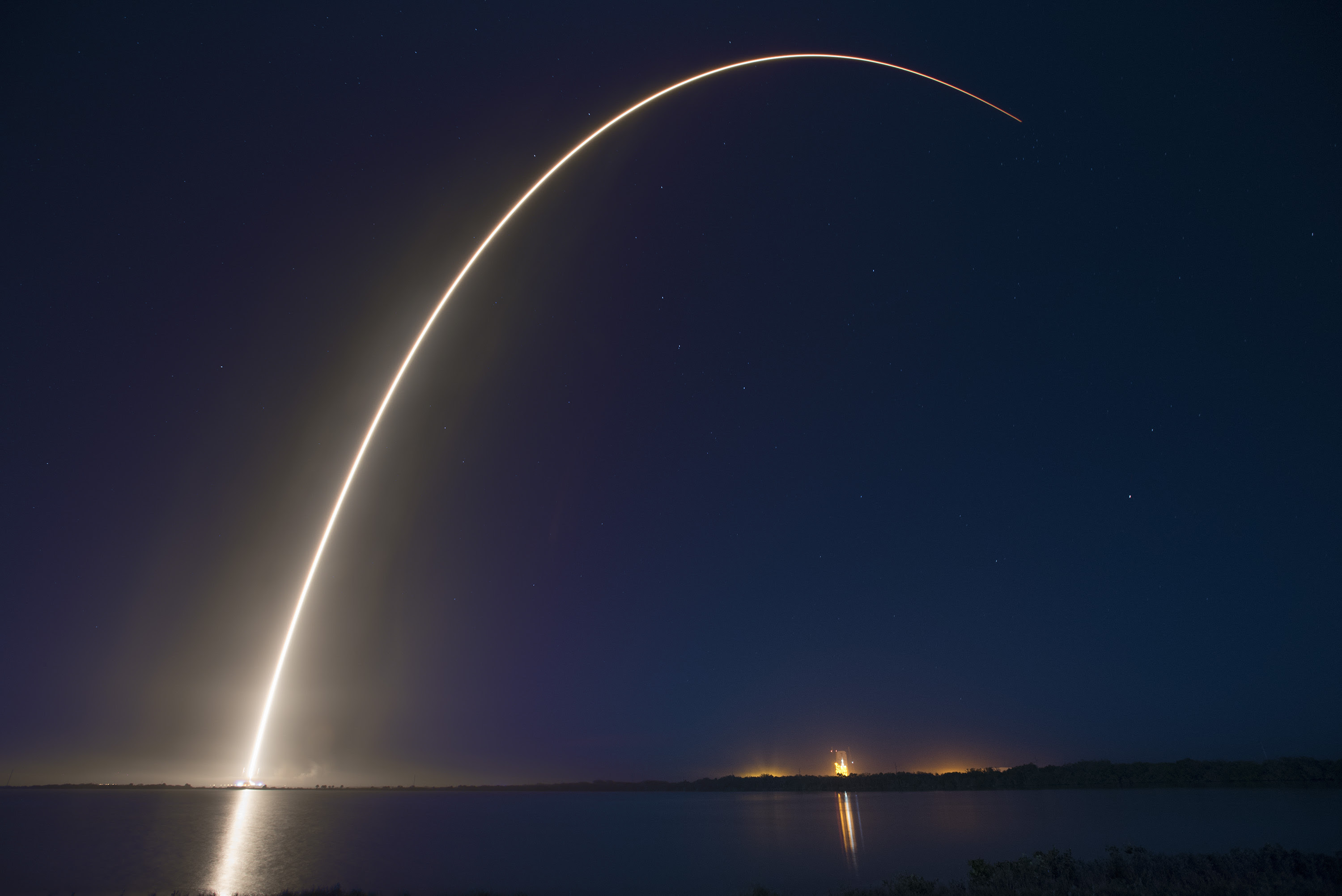