Austin: Last week GIT Satellite Communications and Globe Tracker International, a pioneer of asset tracking and end-to-end cargo monitoring solutions, announced a strategic collaboration to integrate hardened satellite connectivity into the Globe Tracker Solution. The pair said the move was in response to increasing customer demand for continuous global visibility of intermodal containers and real-time cargo alarms even outside the scope of cellular communications coverage in remote areas.
GIT Satellite Communications provides design, integration, and specialty solutions to global markets. The company’s president and CEO, Ginger Washburn says, “The maritime industry growth rate has been moderate over the last few years and we expect to see the growth rate continue to climb. Global logistics and the ever increasing need for real time alert mechanisms will fuel this growth.”

First Total Lunar Eclipse of 2015 on Saturday: A Skywatching Guide

There will be a total eclipse of the moon on Saturday (April 4), and it will be visible over all of the Pacific Ocean and much of the adjacent mainland.
Skywatchers in Asia and Australia will see the first total lunar eclipse of 2015 on Friday evening (April 3) after sunset, while observers in North and South America will see it Saturday morning just before sunrise.
A lunar eclipse occurs when the moon passes through Earth's shadow. Because the moon's orbit is tilted, most of the time the moon passes above or below the Earth’s shadow, and no eclipse occurs. 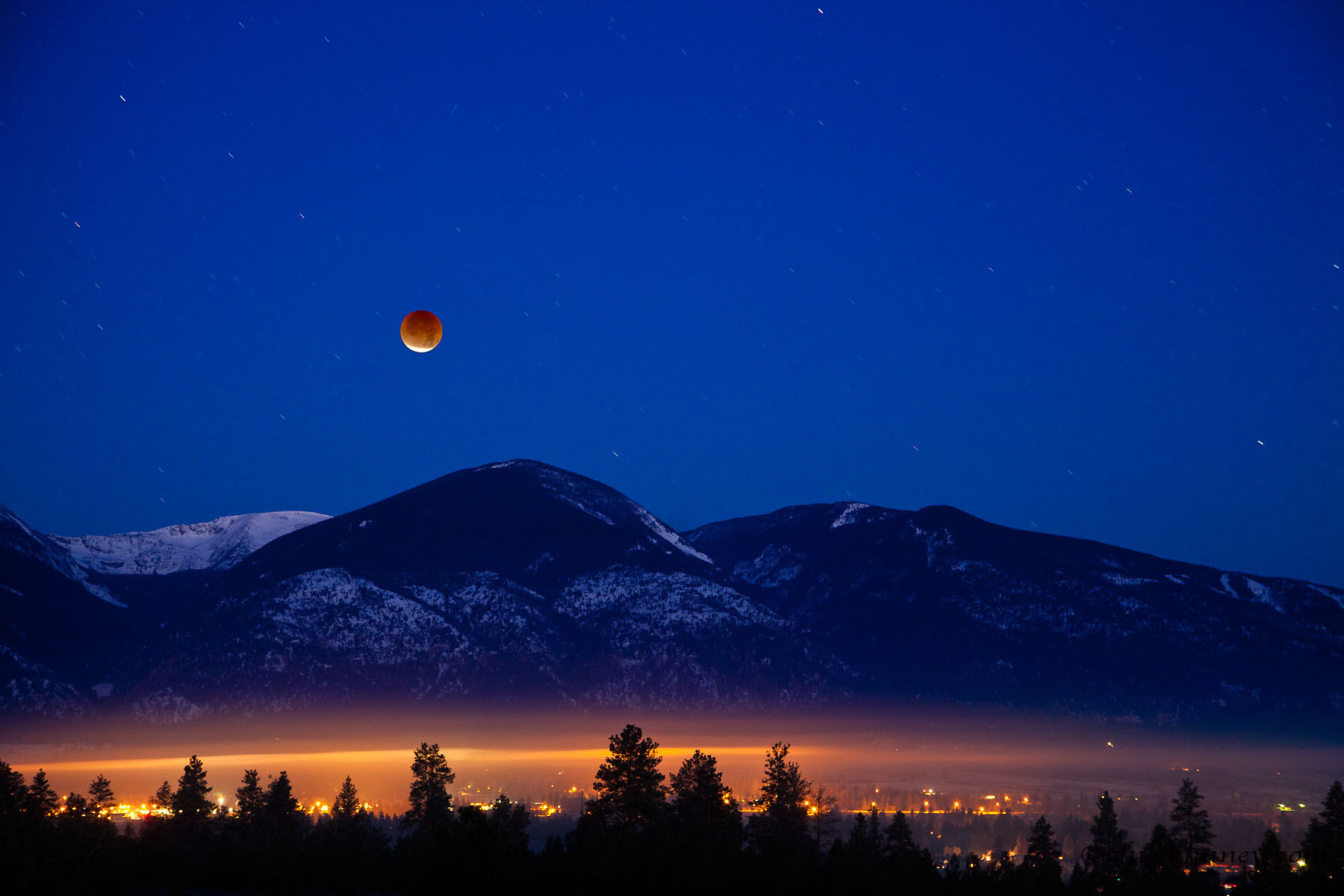 Here's your chance to name a rocket.
United Launch Alliance — the rocket company that launched NASA's New Horizons probe to Pluto — is asking people around the world to help name a new kind of booster. People have until April 6 to vote on three names — Eagle, Freedom or GalaxyOne — for the ULA rocket that the company plans to use for most of its future launches.
The three names are finalists from more than 400 suggestions submitted by ULA employees and space enthusiasts earlier this year. The rocket's first flight is planned for 2019. 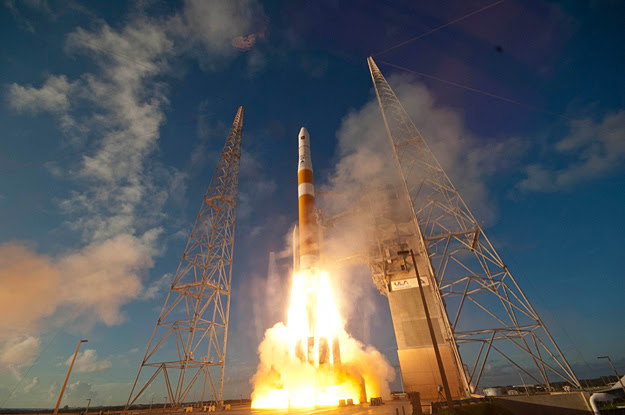 NASA's Scott Kelly — one of two people spending a year on the International Space Station — already feels like the orbiting outpost is home.
"It's great to be up here," veteran astronaut Kelly said during a live interview from the space station with NASA administrator Charles Bolden today (March 30). "It's like coming to my old home."
Kelly has been to the station multiple times, but his current mission is unlike anything attempted on the space laboratory before. Kelly and Russian cosmonaut Mikhail Kornienko (who launched to orbit on March 27) will spend about a year on the space station, the longest amount of time anyone has ever spent living and working on the lab. NASA is now live-streaming views of Earth from space captured by four commercial high-definition video cameras installed on the exterior of the International Space Station. The project, known as the High Definition Earth Viewing (HDEV) experiment, aims to test how cameras perform in the space environment.

NASA Says No Plans for ISS Replacement with Russia

NASA said March 28 it welcomed a Russian commitment to continue operations of the International Space Station beyond 2020, but indicated there were no firm plans to work together on a successor space station.
The agency responded to comments made by the head of Roscosmos, Igor Komarov, earlier in the day that suggested the two space agencies had not only agreed to extend operations of the ISS to 2024, but also to replace the ISS with a new station of some kind after 2024.
“Roscosmos and NASA will fulfill the program of building a future orbital station,” Komarov said at a briefing at the Baikonur Cosmodrome, as quoted by the Russian news service Sputnik. 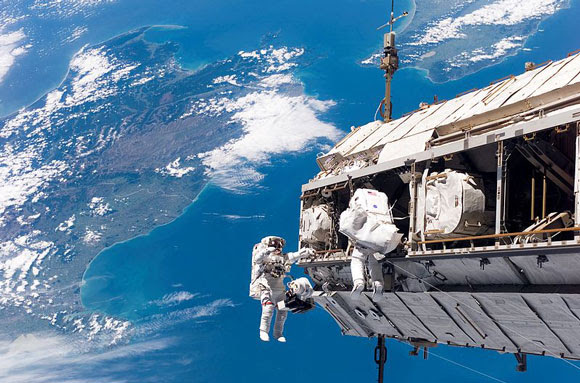 By the first week of January, when U.S. Air Force Secretary Deborah Lee James called SpaceX founder Elon Musk, the relationship between their two camps was already knotted and tense.
The Air Force and SpaceX were still tangled in a lawsuit over the service’s sole-source contract to the company’s archrival, United Launch Alliance, for a large batch of rockets. Meanwhile, the Air Force still had yet to certify SpaceX’s Falcon 9 rocket to carry national security satellites despite pledging to do so by the end of 2014.
Now, James had bad news. She told Musk that it would take another six months to certify the Falcon 9, effectively taking SpaceX out of the running for a U.S. National Reconnaissance Office launch contract worth more than $100 million. 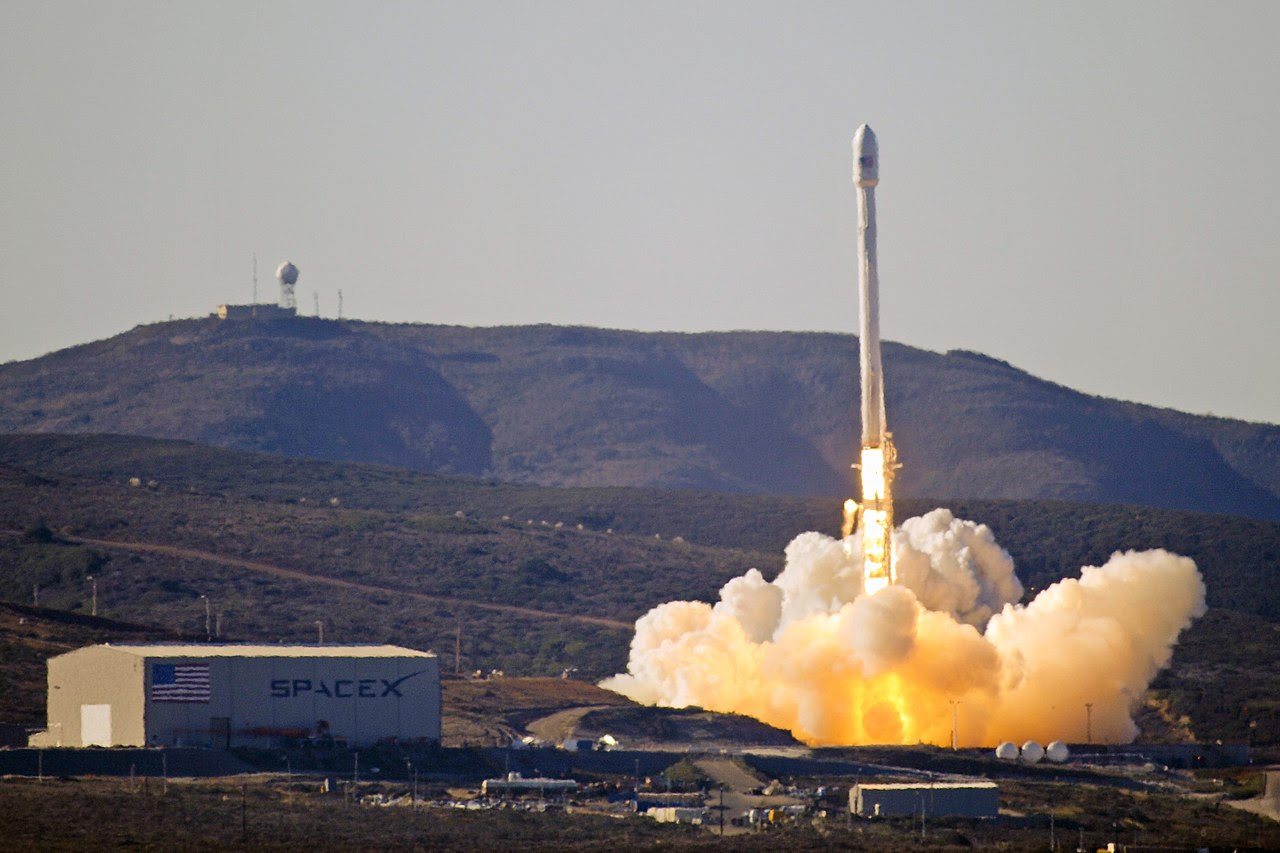 Read the full story here
Posted by Anonymous at 11:55 AM