The U.S. Missile Defense Agency has been careful not to identify the satellites that would host its planned network of experimental kill assessment sensors, but industry sources say the likeliest candidate is the Iridium Next constellation of mobile communications satellites.

To be clear, the MDA has not even confirmed that the host satellites would be commercial, and in fact there are publicly disclosed examples of military payloads operating aboard classified satellites. But industry sources say the MDA’s host satellites are indeed privately owned, and the agency itself has said the Spacebased Kill Assessment program is modeled after the Air Force’s successful Commercially Hosted Infrared Payload experiment, which featured a missile warning sensor hosted aboard a commercial telecommunications satellite.

Blue Origin Completes BE-3 Engine as BE-4 Work Continues

Blue Origin has completed testing of one engine it is developing for its own suborbital vehicle as it continues work on a second, much larger engine for United Launch Alliance’s new orbital launch vehicle, the company announced April 7.

The company said it had recently completed acceptance testing of the BE-3 engine after several years of work, allowing the company to move forward with test flights of its New Shepard vehicle later this year from its test site in West Texas. Those flight tests will ultimately lead to commercial suborbital flights later this decade. 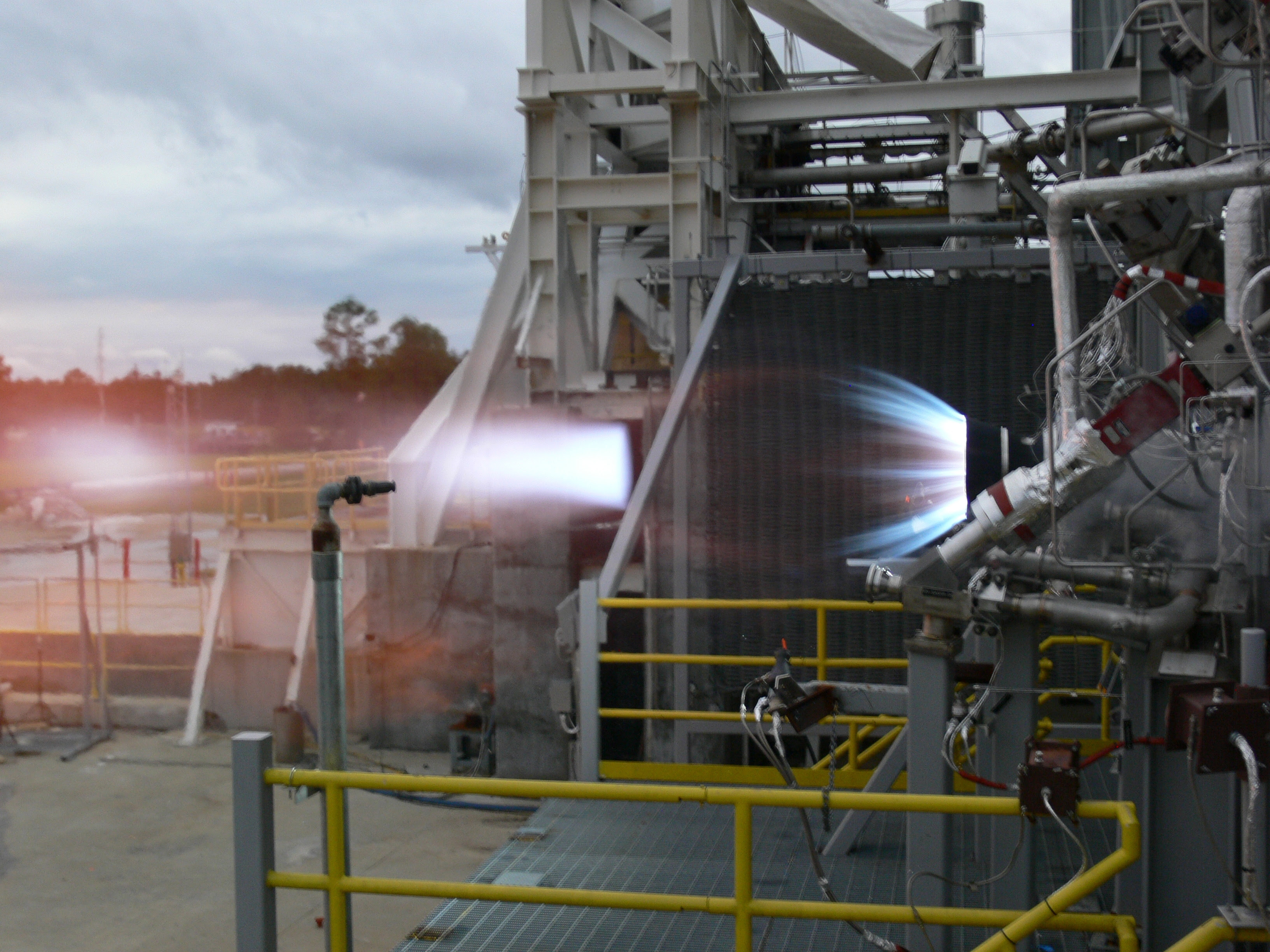 Spectrum is also returning to the center of the MSS agenda, as LightSquared finally moves towards an exit from bankruptcy, after 3 years, and Globalstar seeks a final ruling from the FCC on its pending application for terrestrial use of its S-band spectrum, known as TLPS (Terrestrial Low Power Service). MSUA has maintained a keen interest in both projects, and in recent years has filed comments at the FCC, seeking to ensure that MSS users are protected from interference from any new uses of the spectrum, and that sufficient capacity is available to support the strong growth in demand for mobile satellite services. We will continue to emphasize these goals, which complement the fight that the wider satellite industry is undertaking at the moment, to ensure balance between the demands of cellular and satellite interests for access to spectrum at WRC-15 later this year. The ATLAS project is an asteroid impact early-warning system being developed by the University of Hawaii and funded by NASA. The project is dedicated to providing a one-day warning in the event of a potential  30-kiloton "town killer" asteroid strike; a week's warning for a 5-megaton "city killer"; and three weeks' notice for a potential 100-megaton "county killer" impact.

Signs of Alien Life Will Be Found by 2025, NASA's Chief Scientist Predicts

Humanity is on the verge of discovering alien life, high-ranking NASA scientists say.

"We know where to look. We know how to look," Stofan added during the event, which was webcast live. "In most cases we have the technology, and we're on a path to implementing it. And so I think we're definitely on the road." [5 Bold Claims of Alien Life]