Three crewmembers will launch to the International Space Station Friday (March 27) from the Baikonur Cosmodrome in Kazakhstan. It will take about six hours for NASA's Scott Kelly and Russian cosmonauts Gennady Padalka and Mikhail Kornienko to dock with the orbiting outpost. This launch will kick off a year in space for Kelly and Kornienko. NASA TV coverage of the Soyuz launch will start at 2:30 p.m. EDT (1830 GMT), and the launch is set for 3:42 p.m. EDT (1942 GMT).

A peculiar mix of molecular nitrogen on the comet target of Europe's Rosetta spacecraft may offer clues to the conditions that gave birth to the entire solar system.

Molecular nitrogen was one of the key ingredients of the young solar system. Its detection in Comet 67P/Churyumov–Gerasimenko, which Rosetta is currently orbiting, suggests that the comet formed under low-temperature conditions (a requirement to keeping nitrogen as ice), according to officials with the European Space Agency.

SpaceX Aims To Debut New Version of Falcon 9 this Summer

SpaceX plans to inaugurate its new, more-powerful Falcon 9 rocket this summer, using the same Merlin 1D engine with a modified fuel mix and other changes to extend the company’s planned reuse of the first stage to cover all SpaceX launches, SpaceX President Gwynne Shotwell said.

In March 16 and 17 appearances at the Satellite 2015 conference here, Shotwell said the new-version Falcon 9, which has yet to be named, will be about 30 percent more powerful than the rocket’s current version. California-based SpaceX’s plans to reuse its Falcon 9 rocket’s first stage have been carried out so far by attempted landings in the ocean and on an unmanned ocean barge following launches into low Earth orbit.

Mobile satellite services operator Thuraya is looking to sell itself to rival Inmarsat in a transaction that has long been expected but has been stalled by the two sides’ inability to agree on a price, industry officials said.

Whether this time will be any different is unclear. From earlier self-valuations of around $600 million, Thuraya Telecommunications Co. of the United Arab Emirates has recently come down in price to about $300 million, which may still be too high in the judgment of London-based Inmarsat.

A module built by Bigelow Aerospace will join the International Space Station later this year in a test of both the company’s technology and NASA’s use of alternative contracting techniques.

NASA and Bigelow Aerospace marked the completion of all the development milestones for the Bigelow Expandable Activity Module (BEAM) in a ceremony March 12 at the company’s North Las Vegas, Nevada, headquarters. Bigelow built BEAM under a $17.8 million contract NASA awarded in late 2012. 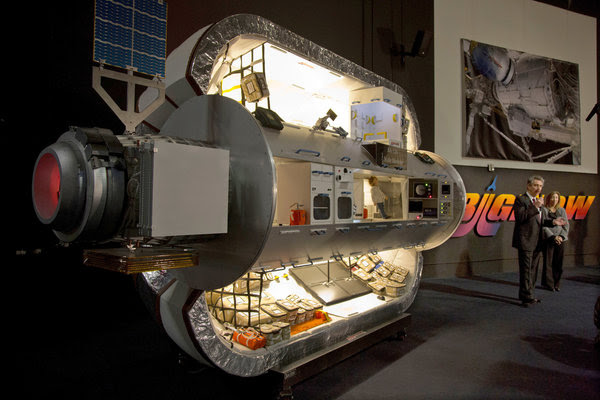 The Pentagon’s congressional overseers appear divided over the timetable for weaning the U.S. Air Force from a controversial Russian rocket engine, a matter that sources say likely will not be settled until House and Senate lawmakers meet later this year to finalize the 2016 defense authorization bill.

At issue is the RD-180, the main engine on United Launch Alliance’s Atlas 5 rocket, which launches the majority of U.S. national security satellites. Denver-based ULA operates two main rockets, the other being the Delta 4, which, though powered by an American-made engine, is 25 percent more expensive and used less frequently than the Atlas 5. 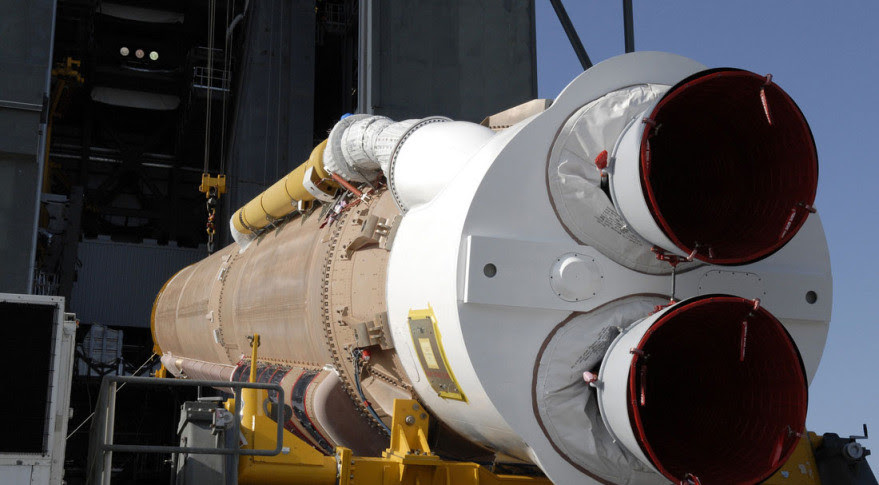 In a ceremony here on March 7, Virgin Galactic unveiled its 150,000-square-foot (46,000 square meters) plant to be the home base for the firm's new LauncherOne operations. LauncherOne is a satellite boost system that will be carried to high altitude by the now-familiar WhiteKnightTwo aircraft. This is the same craft that carries SpaceshipTwo, but these missions will ferry satellites, not humans. LauncherOne detaches at altitude and completes a journey into orbit.

A crew of scientists living in Antarctica will simulate spaceflight during the long, cold winter to better understand how humans adapt to long space voyages.

The Antarctica experiment at Halley Research Station is designed to help researchers understand how well crewmembers remember certain skills during a nine-month mission that somewhat resembles a flight to space. For example, some of the crew will be trained on how to dock a Soyuz spacecraft to the International Space Station before starting the mission.