A SpaceX rocket launching the spaceflight company's first mission to deep space came in for a smooth landing in the ocean after the launch Wednesday (Feb. 11), as another piece of the rocket captured an incredible view of Earth from space.

SpaceX representatives originally wanted to land the first stage of the Falcon 9 rocket that carried the Deep Space Climate Observatory mission (DSCOVR) to space on a drone ship in the Atlantic Ocean, but rough seas thwarted that attempt. Instead, the Falcon 9 came in for an upright landing in the ocean.

The United States military's ambitious plan to launch satellites from the belly of a fighter jet should get its first in-air test later this year.

The Defense Advanced Research Projects Agency (DARPA) aims to begin the flight-test phase of its Airborne Launch Assist Space Access program, or ALASA, with a demonstration run in late 2015. If all goes according to plan, a series of 12 orbital flights would then commence in early 2016 and wrap up by the middle of the year, DARPA officials said.

"The plan right now is, we have 12 [orbital] launches. The first three are fundamentally engineering checkout payloads," Bradford Tousley, director of DARPA’s Tactical Technology Office, said Feb. 5 during a presentation at the Federal Aviation Administration's Commercial Space Transportation Conference in Washington, D.C. "The other nine will be various scientific and research development payloads that we're after."

Satellite broadband provider ViaSat Inc. on Feb. 10 said it sees no reason to question its strategy of putting a handful of half-billion-dollar Ka-band satellites in geostationary orbit for Internet delivery despite the hoopla surrounding Google, SpaceX, OneWeb and other big names investing in low-orbiting satellite mega-constellations.

“We’re still trying to figure out why a LEO [low Earth orbit] network would be better than what we’re doing now,” ViaSat Chief Executive Mark D. Dankberg said in a conference call with investors. “There’s a question of whether making hundreds or thousands of satellites is a feature or a bug.”

A European spaceplane technology demonstrator was successfully launched Feb. 11 on a 100-minute suborbital mission that took it into space for nearly an hour before it re-entered Earth’s atmosphere and splashed down in the Pacific Ocean more than halfway around the world.

The 5-meter-long Intermediate Experimental Vehicle (IXV) successfully sent telemetry as it re-entered the atmosphere, delivering data from its sensors and making physical recovery of the ship less crucial. 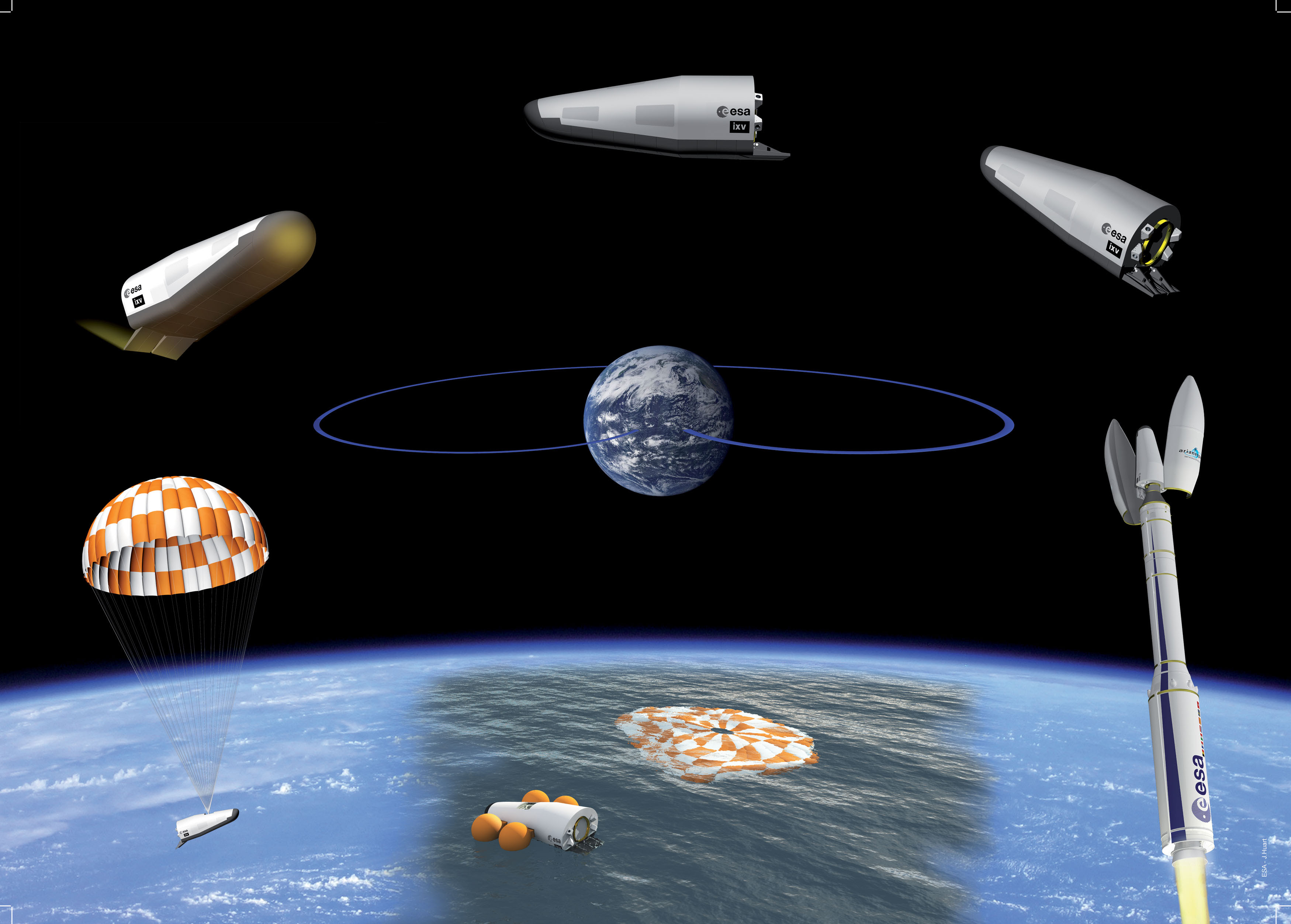 Following the conclusion of the International Civil Aviation Organization’s (ICAO) Second High Level Safety Conference in Montreal last week, Inmarsat has announced its support of the regulatory body’s conclusion that countries and industry should begin the voluntary implementation of global tracking. Inmarsat says it is ready to participate in the adoption of a performance-based standard for global tracking of commercial aircraft.

More than 600 dead satellites, spent rocket stages and other debris re-entered Earth’s atmosphere in 2014 — more than 100,000 kilograms of mass that caused no reported casualties or sizable property damage, NASA has told a United Nations conference.

The rain of junk was more substantial in 2014 than in previous years because of a peak in solar activity, which expands the atmosphere and captures dead satellites and other garbage that otherwise would have remained in orbit longer. 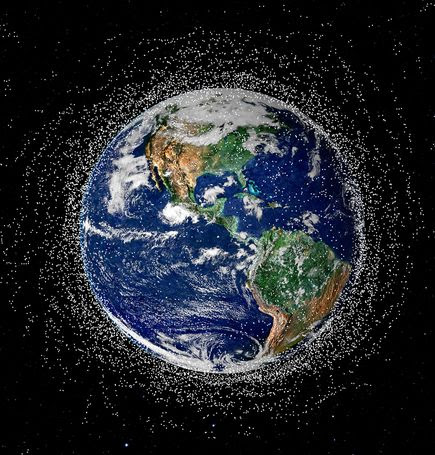 The service allows customers to contact the GEOS International Emergency Response Coordination Center (IERCC) by pressing the assistance button located at the top of the IsatPhone 2 handheld satellite phone handset. A message is then triggered containing the user’s GPS coordinates and sent over Inmarsat’s global satellite network.

SpaceX's robotic Dragon capsule has come back to Earth, wrapping up a successful monthlong cargo mission to the International Space Station.

SpaceX launched the Dragon capsule toward the space station on Jan. 10, using its own Falcon 9 rocket to loft the spacecraft. Two days later, Dragon delivered more than 5,000 lbs. (2,268 kilograms) of food, scientific experiments, spare parts and other cargo to the station. The capsule brought 3,700 lbs. (1,678 kg) of scientific supplies and other "down cargo" back to Earth Tuesday, NASA officials said. (Dragon is the only robotic spacecraft operating today that can return supplies to Earth; other vehicles are designed to burn up in the atmosphere.)

France’s long search for a European partner and co-investor in its next-generation optical reconnaissance satellite system has paid off with the agreement by Germany to help finance a third satellite in return for access to the full three-satellite system, the head of the French arms-procurement agency, DGA, said Feb. 9.

In a press briefing here, Laurent Collet-Billon said the various protocols needed for the agreement to take force are all but completed, and that Germany would be paying a sizable percentage of the cost of a third Optical Space Component, or CSO, satellite, to be built in France to French specifications. 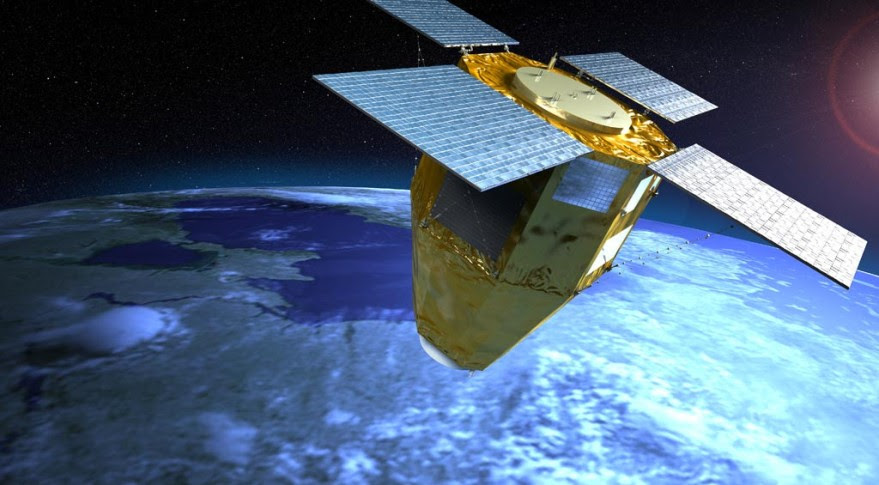 Posted by Anonymous at 1:09 PM