An American astronaut found water inside his spacesuit helmet at the end of an otherwise flawless spacewalk outside the International Space Station today (Feb. 25), but he was never in any danger, NASA officials say.

NASA astronaut Terry Virts and his crewmate Barry "Butch" Wilmore had just completed a nearly seven-hour spacewalk to upgrade the space station and entered the airlock when Virts reported what appeared to be a minor water leak. Some water could be seen on Virts' helmet faceplate in video captured by his crewmates, with Virts able to make visible ripples by blowing on the water. 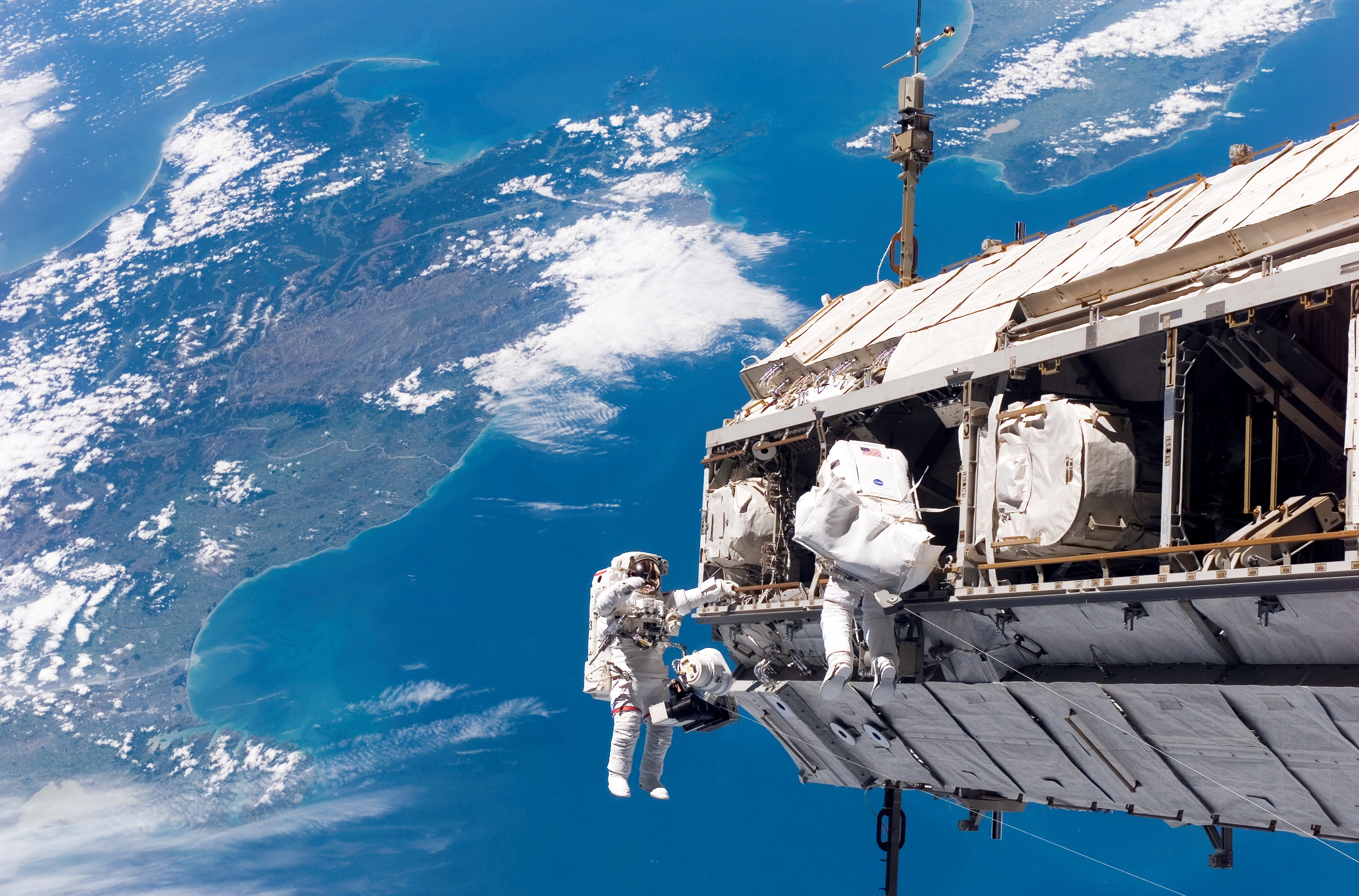 From bronze alloys to plastic composites, humans have been making artificial materials for thousands of years. Yet metamaterials — conventional materials with unconventional structures that frequently display new and unusual properties — are something entirely different.

By controlling the structure of materials at the nanoscale, scientists and engineers have been able to do things once thought impossible. Such materials have yielded advancements ranging from cloaking devices that render objects nearly invisible to lenses that can see details smaller than what were once assumed to be the fundamental limits of optical resolution.

The United States must do more than just plant a flag on Mars if it wants to continue as a leader in the field of space exploration, Apollo 11 moonwalker Buzz Aldrin told senators this week.

"In my opinion, there is no more convincing way to demonstrate American leadership for the remainder of this century than to commit to a permanent presence on Mars," Aldrin told members of the U.S. Senate's Subcommittee on Space, Science and Competitiveness during a hearing Tuesday (Feb. 24).

Going to Mars without setting up a colony — launching only round-trip manned missions, in other words — would not be enough, nor would setting up human outposts on the moon, Aldrin said. 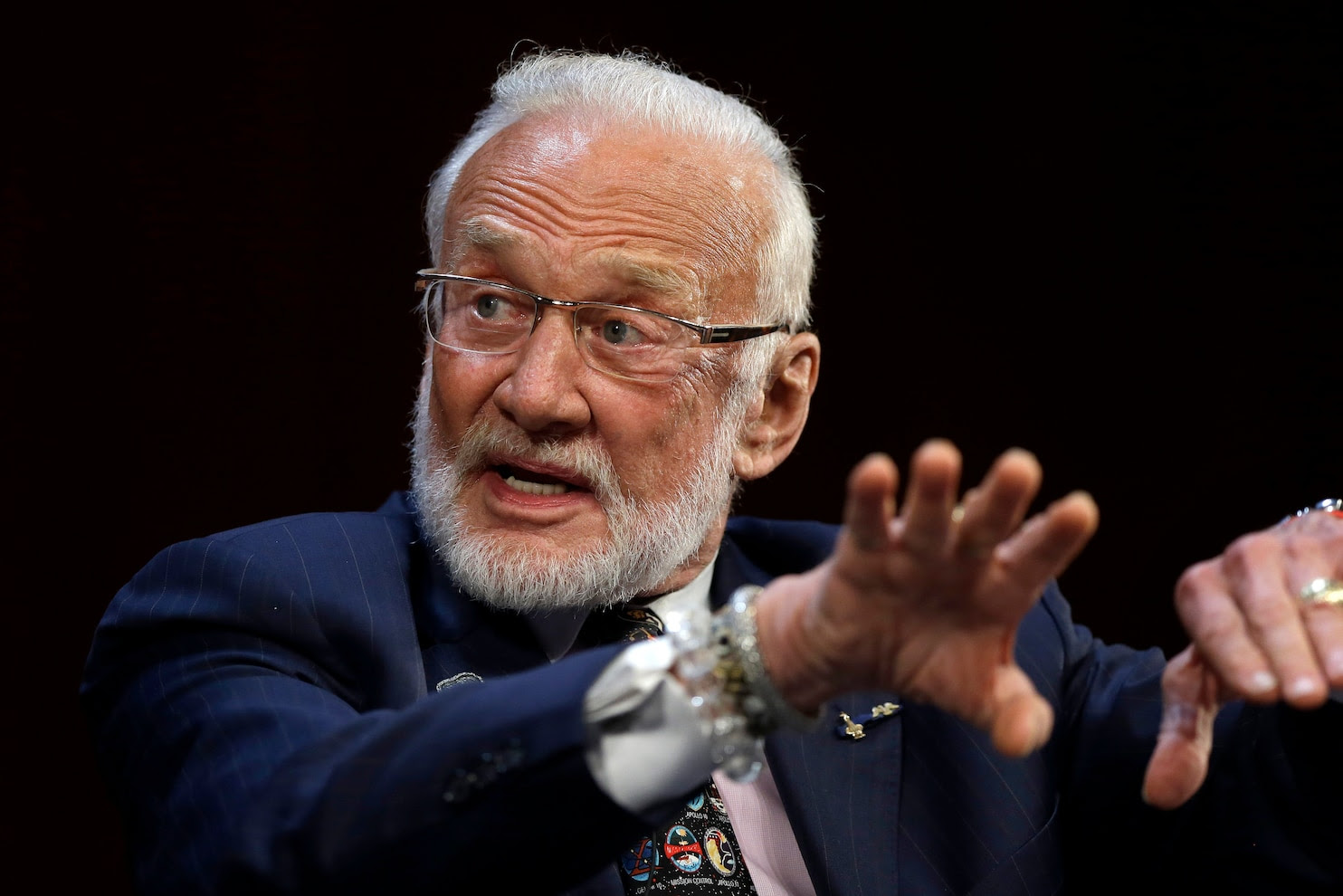 The Russian space agency, Roscosmos, on Feb. 24 announced that it will remain a part of the international space station until 2024 before detaching the Russian modules and forming its own outpost in low Earth orbit.

The statement followed a meeting the Scientific and Technical Council, under the chairmanship of Yuri N. Koptev, Roscosmos’ head of manned space flight and the agency’s former chief in the 1990s.

The statement gave no precise motive for Russia’s wanting to create an all-Russian space station beyond an ambition to provide “secure access to space for Russia.”

NASA will launch a new telecommunications orbiter to the red planet in 2022 to follow the sample-caching Mars 2020 rover, the agency’s new Mars czar said Feb. 24.

The 2022 probe, which is needed to upgrade NASA’s aging Mars telecommunications network, also will have a “robust” science component, Watzin said. The orbiter will carry remote sensing instruments of some kind, although there has apparently been no discussion yet about their specifications, Watzin told the Mars Exploration Program Analysis Group during a meeting in Pasadena, California. 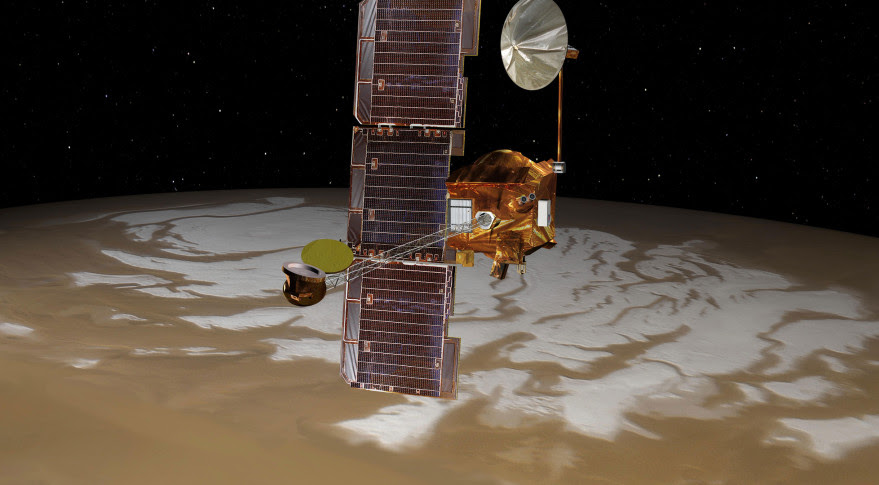 The team working on the leading concept for a mission to Europa believes it can be ready for launch as soon as 2022, several years ahead of the schedule NASA officials recently stated.

In a Feb. 19 presentation to NASA’s Outer Planets Assessment Group (OPAG) at the Ames Research Center, Barry Goldstein, Europa Clipper pre-project manager at the Jet Propulsion Laboratory, said they are taking advantage of additional funding provided by Congress to accelerate work on the mission.

“It’s our responsibility to drive as hard as we can to launch as early as we can,” he said. “Our best-case scenario is launching in an opportunity that opens up in May to June of 2022, and we’re holding to that.”

SES has awarded launches for two of its three recently announced satellites to SpaceX. Of the recently announced SES, 14, 15 and 16/GovSat, SES 14 and 16 will liftoff on Falcon 9 missions in 2017. The contracts further tighten the satellite operator’s relationship with SpaceX, whose ability to launch to Geostationary Transfer Orbit (GTO) was first vetted by the SES 8 mission in late 2013. SpaceX has also been busy laying the groundwork for its proposed constellation of 4,000 small satellites, making the company a new participant in the spectrum wars.

A private company that aims to send tourists to the edge of space in a balloon broke a record Friday, flying a parafoil higher than anyone has before. The Arizona-based company World View sent the parafoil 102,200 feet (31,151 meters) into the air during a test flight Friday (Feb. 20), according to representatives with the organization. That is the altitude that officials hope to fly passengers to when the company starts sending people to the edge of space and back, World View added.

For the first time, a burst of radio waves hundreds of millions of times more energetic than the sun was caught red-handed as it slammed into the Earth.

In recent years, astronomers have retroactively spotted a wacky signature in their data: Every now and then, torrents of energy that last a few thousandths of a second wash over Earth. These so-called "fast radio bursts" (brief bursts of radio waves) are currently on the list of unexplained cosmic phenomena.

The Cosmic Chemistry That Gave Rise to Water

Earth's water has a mysterious past stretching back to the primordial clouds of gas that birthed the Sun and other stars. By using telescopes and computer simulations to study such star nurseries, researchers can better understand the cosmic chemistry that has influenced the distribution of water in star systems across the Universe.

Much water takes the form of the familiar chemical formula H2O with two hydrogen atoms and one oxygen atom. But some water also takes the form of the less familiar "heavy water," known as deuterated water with the chemical formula HDO. That ratio of H2O to HDO represents a unique signature that can reveal the history of water within star nurseries, the clouds of gas that eventually spawn star systems and their respective planets.

Posted by Anonymous at 9:48 AM