Moon Express, a California company competing for the Google Lunar X Prize, announced Jan. 22 that it has signed an agreement to use a former launch site at Cape Canaveral for building and testing its lunar lander spacecraft.

Moon Express said it has signed an agreement with Space Florida, the state space development agency, to use Space Launch Complex 36 (SLC-36) at Cape Canaveral Air Force Station. Terms of the agreement were not disclosed, although the company said it would make an initial capital investment there of as much as $500,000. 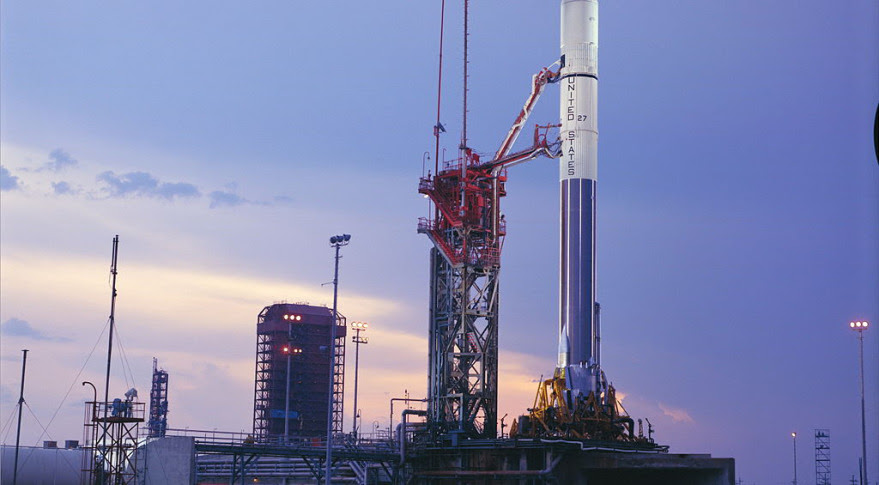 The international agency that regulates satellite orbital slots and broadcast frequencies has registered at least a half-dozen filings for massive constellations of satellites in the past eight weeks, a development that suggests a Gold Rush mentality may be taking hold.

Behind these registrations, all made through governments, may hide well-known names including SpaceX, Google, Virgin Group, Qualcomm or other investors that in recent weeks have, in different ways, made public their interest in launching hundreds, even thousands, of satellites to provide global Internet service.

For now, the filings at the International Telecommunication Union (ITU) of Geneva, a United Nations agency, are not obliged to show their hands beyond the barest information about the orbits they intend to use and the number of satellites to be launched.

Despite a desire by industry and policymakers for more details about NASA’s long-term plans to send humans to Mars, agency officials say they have no immediate plans to revise a Mars mission architecture last updated in 2009.

In presentations to a NASA Advisory Council committee Jan. 13 and the full council Jan. 14, NASA associate administrator for human exploration and operations William Gerstenmaier said the agency still had more to learn, including studies ongoing with academia, before it would be ready to update those earlier plans.

Scientists have now analyzed various features on the comet's surface to see what the ancient, icy body has experienced in its lifetime. Comets are thought to be leftovers from the dawn of the solar system, so learning more about them could help piece together the history of the planets and other solar system bodies.

Researchers working with Rosetta have found that the comet harbors organic compounds, carbon-based molecules that are sometimes known as the chemical building blocks of life. This marks the first time organic molecules have been detected on the surface of a comet's nucleus, according to Fabrizio Capaccioni, the principal investigator of the VIRTIS instrument on Rosetta.

Microsoft announced the futuristic at-home augmented reality project Windows Holographic today, and one of the many different uses the company teased was a collaboration with NASA and the Curiosity rover team. Now, NASA has released more information on the software it built for Holographic, a program called OnSight.

By using Microsoft's HoloLens visor, NASA scientists will be able virtually explore the areas of Mars that Curiosity is studying in a fully immersive way. It will also allow them to plan new routes for the rover, examine Curiosity's worksite from a first-person view, and conduct science experiments using the rover's data. 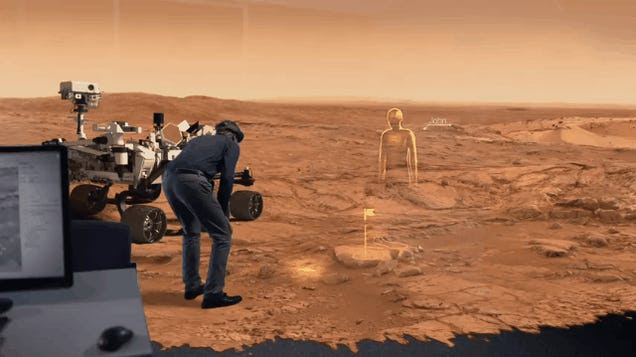 The multibillion-dollar Mobile User Objective System ultimately will consist of four geostationary-orbiting satellites plus one on-orbit spare, and four ground stations. Built by Lockheed Martin Space Systems of Sunnyvale, California, the MUOS constellation is designed to provide smartphone-like communications to mobile forces at rates 10 times faster than the legacy system. 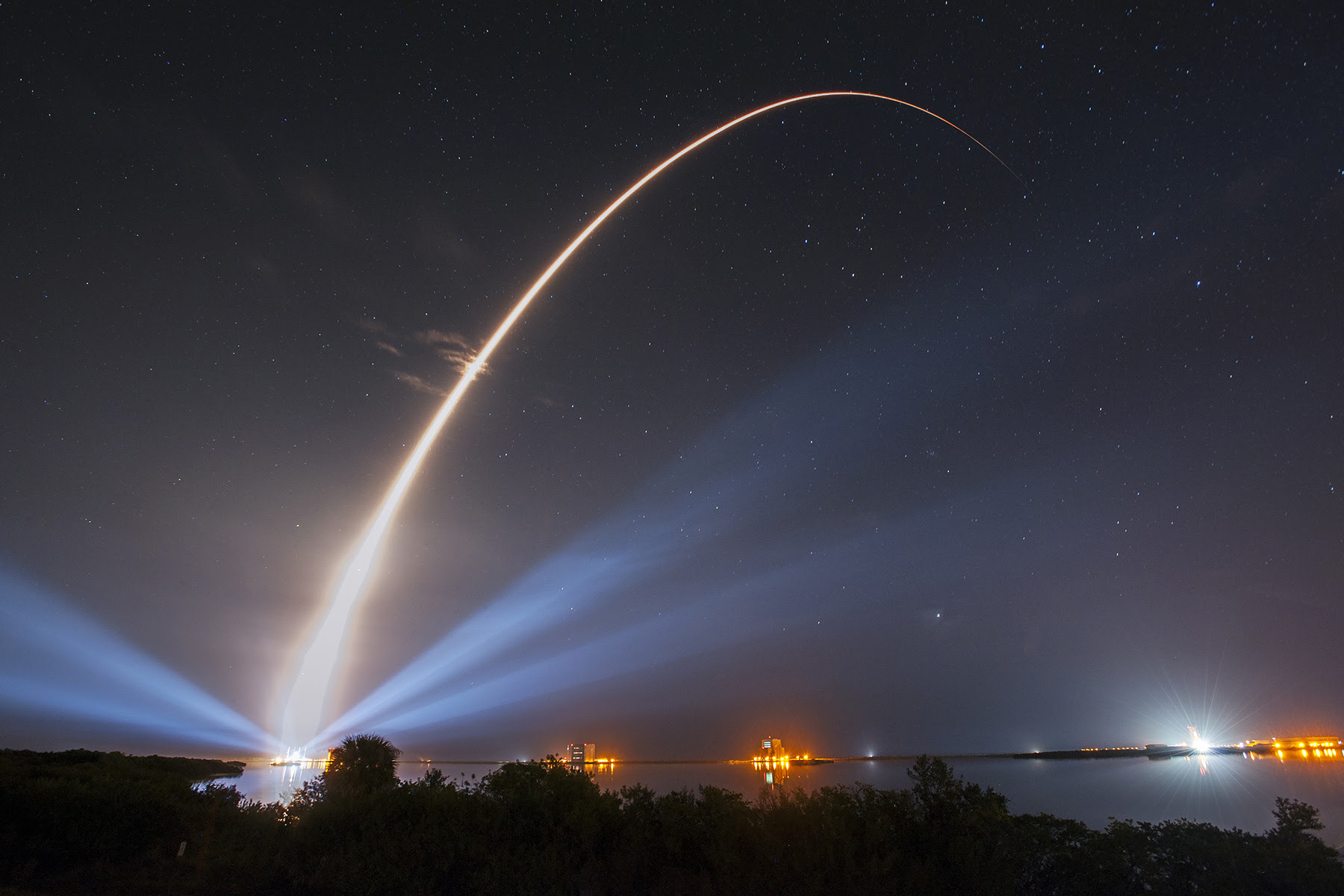 How Elon Musk plans to get to Mars, via Seattle: What the SpaceX founder said at that private event

The SpaceX founder and Tesla CEO took the stage at Seattle Center on Friday and delivered his vision for creating an entirely new satellite Internet network that he believes could ultimately lead to the establishment of a city on Mars.

But that’s just the beginning. Revealing his grand vision, Musk explained that the funds and technology from the Space X satellite Internet venture will ultimately be used to colonize Mars. He later teased ahead to an upcoming announcement, potentially later this year, about a new “transport architecture” that would ultimately make human travel to the Red Planet economical.

Tests of the crew escape system for SpaceX’s Dragon spacecraft, once scheduled for November 2014 and, more recently, January, now will take place “later this year,” a company spokesman said Jan. 14.

“I don’t have an update on dates,” SpaceX spokesman John Taylor told SpaceNews. “We can be more specific if we get a little bit closer.”

NASA is partially funding these tests under the milestone-based Commercial Crew Integrated Capability (CCiCap) Space Act Agreement it awarded SpaceX in 2012. That deal is separate from the more recent Commercial Crew Transportation Capability (CCtCap) contract the company got in September to complete development of crewed versions of its Falcon 9 rocket and Dragon spacecraft.

The European Space Agency is actively working with China with the goal of placing a European astronaut on the Chinese space station as part of a relationship that is likely to grow now that ESA governments have made China one of three long-term strategic partners for the agency, ESA Director-General Jean-Jacques Dordain said Jan. 16.

For the moment, Dordain said, there are no specific plans for an ESA astronaut mission aboard China’s space station. But government ministers from the 20-nation ESA — to become 22 nations in the coming weeks with the addition of Hungary and Estonia — in December for the first time formally listed China alongside the United States and Russia as core ESA strategic partners. The U.K. Space Agency on Jan. 16 said the Beagle 2 Mars lander, which disappeared 11 years ago and was presumed to have crashed on Mars, has been found on the martian surface in a condition suggesting a successful touchdown and partial deployment.

The announcement was made following a lengthy analysis, over several years, of images from Mars orbiters, notably NASA’s Mars Reconnaissance Orbiter featuring the HiRISE camera.  The search has been led by Michael Croon of Germany, who in 2002 was with the European Space Agency’s ESOC operations center in Darmstadt, Germany, and a member of ESA’s Mars Express team. 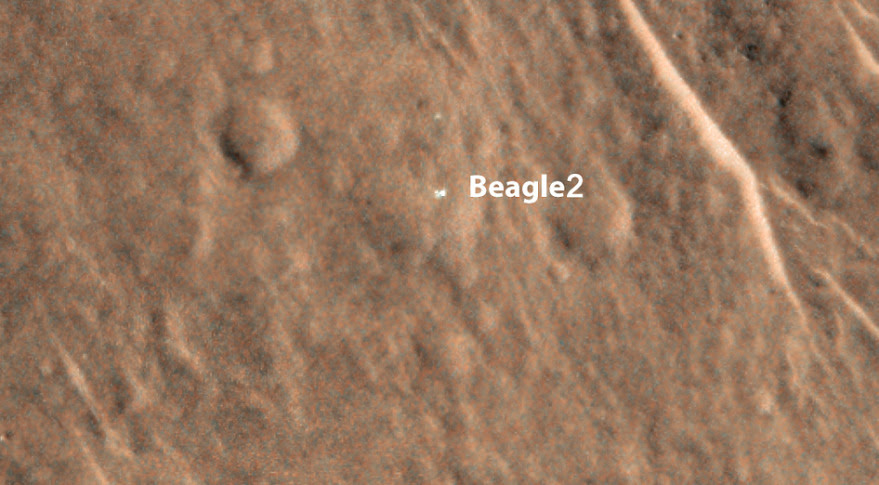 SpaceX chief executive Elon Musk released a series of images Jan. 16 showing a Falcon 9 first stage crash-landing on a ship and exploding after a launch earlier in the month.

In a series of tweets, Musk posted images taken by a camera on the company’s “autonomous spaceport drone ship” Jan. 10 as a Falcon 9 first stage attempted to land there after a launch from Cape Canaveral. The attempted landing was the latest in a series of tests by the company to demonstrate the ability to recover and reuse the first stage. 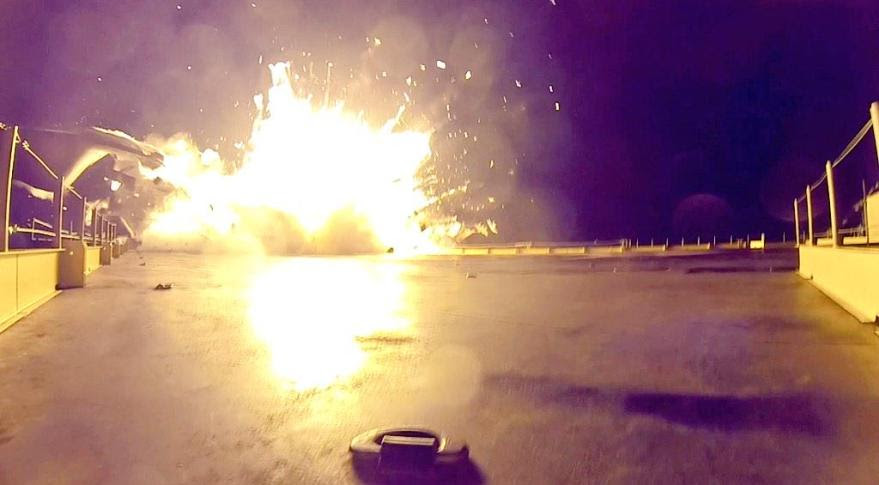