Orbital Sciences has contracted United Launch Alliance (ULA) to conduct the next commercial resupply mission to the International Space Station (ISS) using an Atlas 5 rocket. The mission is scheduled to take place in the fourth quarter of 2015 from Cape Canaveral, Fla.

Thuraya has partnered with the International News Safety Institute (INSI) to use Mobile Satellite Services (MSS) for the protection of journalists working in dangerous environments. The company is sponsoring a Thuraya SatSleeve and airtime as part of the partnership. INSI intends to use these resources for safety preparation workshops. 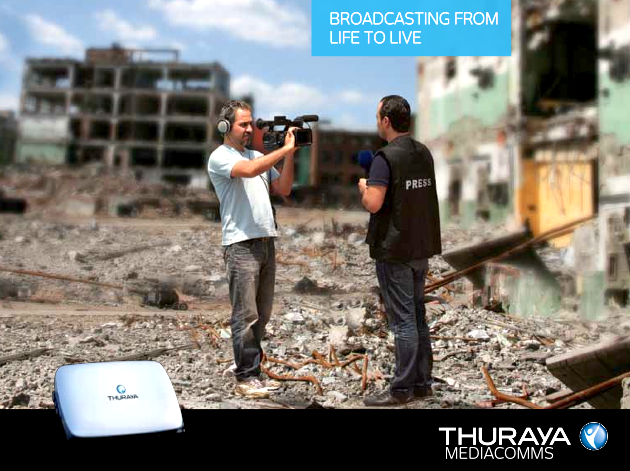 The United Arab Emirates Armed Forces has selected Airbus Defence and Space to manufacture and launch two Earth observation satellites as part of the Falcon Eye contract. The company will also provide a ground system to receive and process images, and a training program for UAE engineers.

DirecTV’s Ultra-HD ambitions and the India Space Research Organization’s (ISRO) domestic capacity plans moved closer to realization following the dual launch of new satellites aboard an Ariane 5 this past weekend. The Arianespace launch conducted Dec. 7 carried the DirecTV 14 and Geostationary Satellite 16 (GSAT 16) spacecraft into orbit. SSL, manufacturer of DirecTV 14, reported the satellite has begun post-launch maneuvers, as did ISRO about GSAT 16. With these new spacecraft, both operators have embarked on new plans in their respective markets.

China’s state-run news agency Xinhua reports the 200th launch of a Long March rocket occurred Sunday Dec. 7, carrying the Chinese-Brazilian Earth Resource Satellite (CBERS) on a Long March 4B. CBERS 4 is the fifth satellite in the Earth observation program. The satellite’s development was accelerated following a Long March 4B failure in December last year in which the satellite did not enter orbit. The next satellite in the series, CBERS 5, is scheduled to launch in 2017.

Spanish satellite operator Hispasat has selected Space Systems Loral (SSL) to build its next satellite: Amazonas 5. Based on the SSL 1300 platform, Amazonas 5 is a multi-mission satellite to supply the full capacity of the Amazonas 4A, and redefine the Amazonas 4B mission originally contracted to Orbital Sciences in 2012. The Orbital-built Amazonas 4A satellite experienced an anomaly in April 2014 related to its power subsystem. Redefining the 4B mission was one of the measures taken by Hispasat in attempt to minimize any impact the anomaly might have, the company said in a statement.