SpaceX launched 10 Iridium Next telecom satellites July 25 on a Falcon 9 rocket, bringing Iridium’s constellation one launch away from completion.
The Block 5 Falcon 9 lifted off from a fog-enshrouded Vandenberg Air Force Base in California at 7:39 a.m. Eastern. The rocket’s upper stage deployed the 860-kilogram Iridium Next satellites into low Earth orbit about an hour later.
SpaceX successfully recovered the rocket’s first stage on the drone ship “Just Read the Instructions,” but was unable to catch the payload fairings, citing high wind shears. The crew on SpaceX’s fairing recovery boat “Mr Steven,” which was recently upgraded with a quadrupled-in-size catcher’s net, was in visual range of the fairings as they fell in the Pacific Ocean, according to SpaceX’s launch narrator. 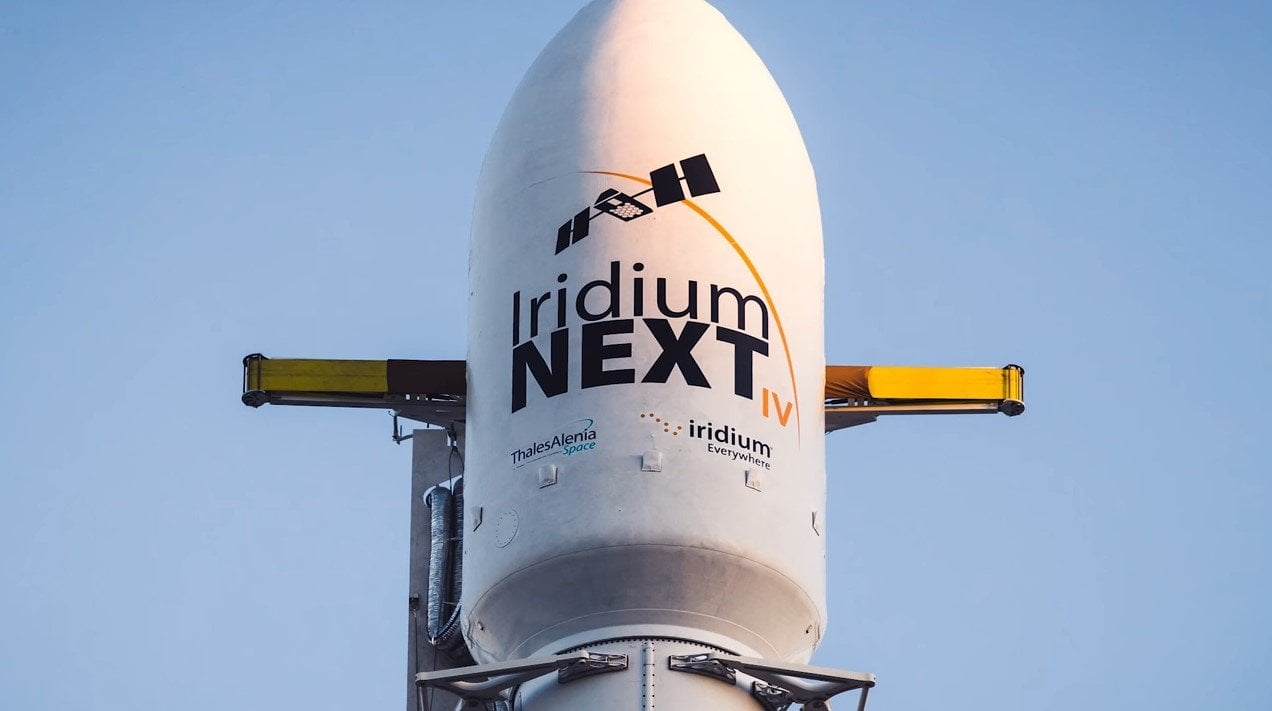 Telstra and Gilat to Expand 4G Services in Australia

A NASA astrophysics mission that passed a key milestone after making cost reductions is studying potential additional cuts to one of its instruments.
At a meeting July 24 of NASA’s Astrophysics Advisory Committee here, Jeff Kruk, project scientist for the Wide-Field Infrared Survey Telescope (WFIRST), said the project was asked by NASA Headquarters to study additional ways it could reduce costs for the spacecraft’s coronagraph instrument, which has already been downgraded to a technology demonstration. 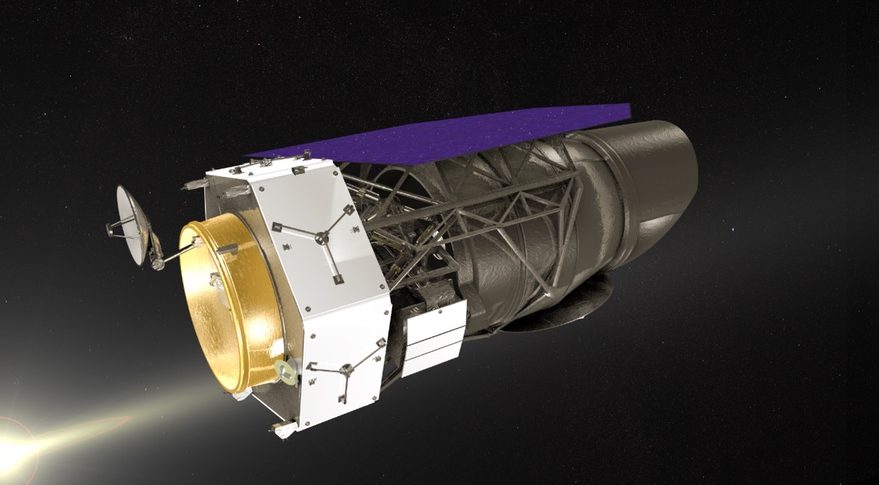 South Korean telecommunications company KT Corporation, unveiled its Skyship next-generation platform for disaster and safety management. It is the company’s latest venture into 5G-enabled technologies.
The Skyship platform will be used in disaster search and rescue operations, as well as to deploy remotely controlled drones and robots from an aircraft and mobile communication center. Rescuers on the ground will also be equipped with Augmented Reality (AR) glasses that are directly connected to doctors at nearby hospitals, to assist in delivering emergency treatment.

Mikhail Kokorich, the space industry investor who founded Russian small satellite builder Dauria Aerospace, is the founder and president of Momentus, a Silicon Valley startup focused on water plasma propulsion.
Momentus plans to demonstrate Vigor, its first water plasma thruster, by sending it into orbit in February 2019 on a 16-unit cubesat launched from a Russian Soyuz rocket. In 2020, Momentus plans a flight demonstration of the Ardor thruster it is developing for its Ardoride propulsion system to power 500 to 1,000-kilogram spacecraft. For now, Momentus’s Ardor technology is undergoing laboratory testing, Kokorich said by email. 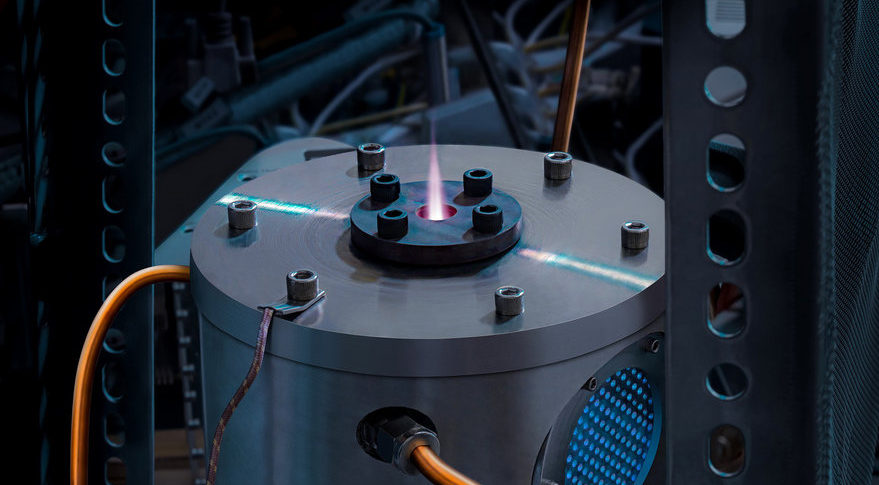 Making IOT Work at the Edge with Satellite

The Internet of Things (IOT) is projected to be one of the biggest technology growth engines of all time. Forecasters estimate there will be up to 70 billion connected devices by 2020, far exceeding the number of broadband connections among human beings. It will be awesome.
How often have you read a paragraph like that? Quite a few times, I suspect. Whatever the technology under discussion today, the numbers are big, the potential is unlimited and the writer seems to be breathing very hard.

Engineers have made some progress in restoring the performance of the key instrument on a weather satellite launched earlier this year, but have yet to fully correct the problem or determine its root cause, the National Oceanic and Atmospheric Administration announced July 24.
In a teleconference with reporters, NOAA officials said they had been able to improve the availability of infrared and near-infrared channels on the Advanced Baseline Imager (ABI) instrument on the GOES-17 satellite since the agency first reported the problem two months ago. The spacecraft, originally known as GOES-S, launched in March.

Printing the next generation of rocket engines

New technologies, when first introduced, often get applied in traditional ways. For the last several years, aerospace companies have been examining ways to use additive manufacturing, or 3D printing, to aid the production of rocket engines. A prime example of this is Aerojet Rocketdyne, which has been working on printing components of its venerable RL10 engine. In early June, the company announced that a printed copper thrust chamber successfully completed a series of hotfire tests.
For Aerojet, using additive manufacturing helps to reduce the number of parts in engine components, and thus speed up production and lower costs. “You reduce the time to produce that part well in excess of 50 percent,” said Eileen Drake, president and chief executive of Aerojet Rocketdyne, in an April interview. “There’s less labor content, less supplier content, [fewer] parts that you have to put together that could cause an issue.” 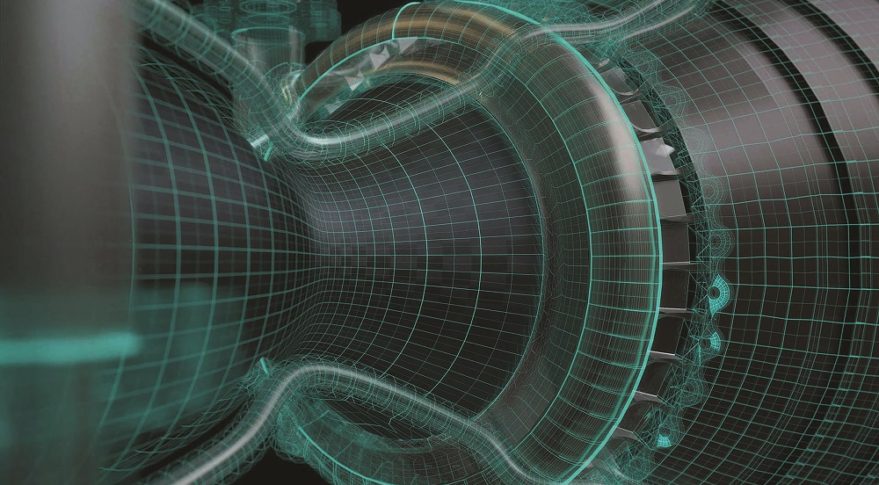 Posted by Unknown at 4:51 PM No comments:

Rocket Lab announced May 25 it has rescheduled the next launch of its Electron small rocket for late June after correcting a problem that delayed an April launch attempt.
That launch, dubbed “It’s Business Time” by the company because this is the first commercial Electron launch after two test flights, is now scheduled for no earlier than June 22 (U.S. time) from the company’s New Zealand launch site. Four-hour launch windows, opening at 8:30 p.m. Eastern time, are available daily through July 5.

Iridium Communications has announced Gogo as the newest value-added manufacturer for Iridium Certus aviation terminals. As an Iridium Certus service provider, Gogo is the first company to design and manufacture terminals, while also providing the new L-band broadband service for business aviation.
With Iridium Certus service delivered through the Iridium Next Low Earth Orbit (LEO) satellite constellation, Gogo will continue creating small-form-factor, low-latency and cost-effective antennas able to provide broadband service from any airspace, including the poles. Service options will enable a variety of capabilities for cockpit safety and electronic flight bag services to cabin business applications.

The government of South Australia’s Department of Planning, Transport and Infrastructure (DPTI) has selected a solution that features the Cobham Satcom Explorer 8120 VSAT antennas, which will work to enable broadband data connectivity and high quality telephony for workers and communities in remote areas. The Explorer 8120 antennas feature 1.2 meter auto-acquire, drive-away antenna system and Dynamic Pointing Correction technology to improve link uptime, were delivered this month.

Phase Four, a company developing an advanced electric propulsion system for use on cubesats and larger spacecraft, announced sales of its thrusters to NASA and Astro Digital May 24.
The company, based in El Segundo, California, said that NASA has purchased one of the company’s electric radio frequency (RF) thrusters for testing. That thruster, to be delivered in 2019, will ultimately be used on a spacecraft mission to demonstrate its ability to support future operational small satellite missions.

The International Maritime Organization’s (IMO) Maritime Safety Committee (MSC) has recognized that the Iridium network meets all the criteria of the IMO needed to provide mobile satellite services in the Global Maritime Distress and Safety System (GMDSS), and to adopt the “Statement of Recognition” proposed by the United States as a committee resolution.

Companies that one competed for the Google Lunar X Prize now expect to fly their first lunar landers in the next two years to serve the needs of commercial and government customers, including NASA.
In presentations at the Space Tech Expo here May 24, four companies that, at one time, were vying for a $20 million grand prize for landing a commercial spacecraft on the moon now say they’re motivated by what they see is a growing interest in lunar exploration and commercialization.

A SpaceX Falcon 9 still sporting soot from its last mission successfully launched May 22 with five Iridium Next satellites and two science satellites for NASA and the German Research Center for Geosciences.
The rocket, reusing a first stage booster that successfully launched Northrop Grumman’s failed Zuma mission in January, took off from Vandenberg Air Force Base, California, at 3:48 p.m. Eastern.

Sending national security satellites into orbit is about to become more complicated.
In the past, launches largely fell into two categories: big, expensive satellites requiring extremely reliable rides and smaller satellites on slightly riskier rockets. In the future, the U.S. Air Force will launch satellites of all different sizes for customers with varying degrees of risk tolerance.
“The space vehicles we are going to be required to lift are going to be across this entire spectrum,” said Col. Jon Strizzi, chief engineer for the Air Force Space and Missile Systems Center’s Launch Directorate. “We’ll have to adapt.”

As SpaceX launched another Falcon 9 with a previously-flown first stage May 22, both the company and its competitors are seeing a growing acceptance of reusable vehicles in the overall market.
The Falcon 9 that launched five Iridium Next satellites and two GRACE-FO Earth science satellites from Vandenberg Air Force Base used a first stage that first flew in January, carrying the classified Zuma payload. That booster was the 12th first stage to be reflown, counting the two used as side boosters in the inaugural Falcon Heavy launch in February.

The U.S. Air Force’s goal of responding to emerging threats with resilient satellite constellations it can build, launch and refresh quickly has important implications for spacecraft manufacturing and testing.
“The technical practices we employ today will continue to drive high costs,” David Davis, chief systems engineer for the Air Force Space and Missile Systems Center, said at the Space Tech Expo here. “That will be inconsistent with the resiliency and the proliferation. We need technical practices that are balanced with this overall program.”